All about Bridgend and photography services available in Bridgend from Composed Images.

As an occasional Bridgend photographer I usually only see offices and workplaces where I’m photographing.  After a recent job I took a short stroll around the streets of the town.

The river crossed by the bridge which gives the town its name is the River Ogmore, although the River Ewenny also passes through the town. 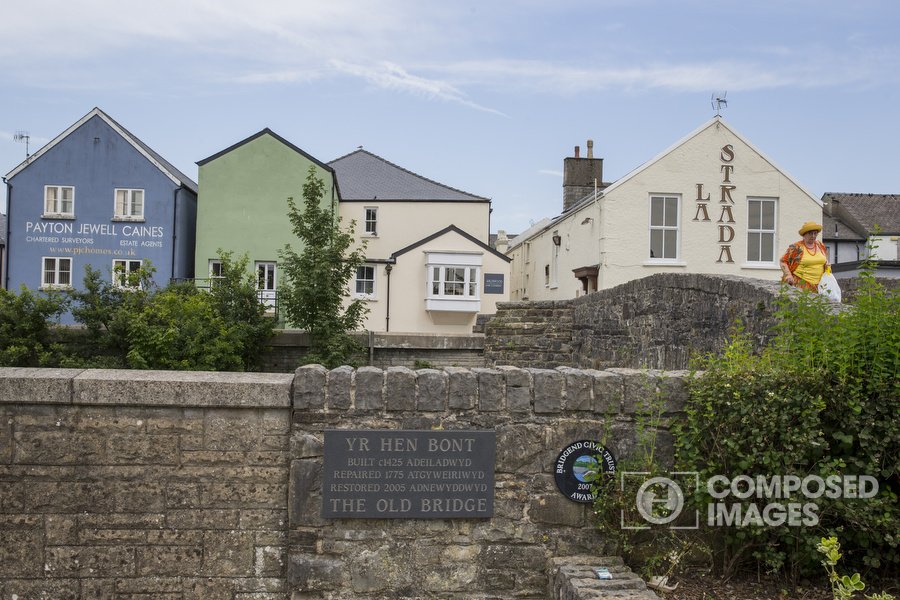 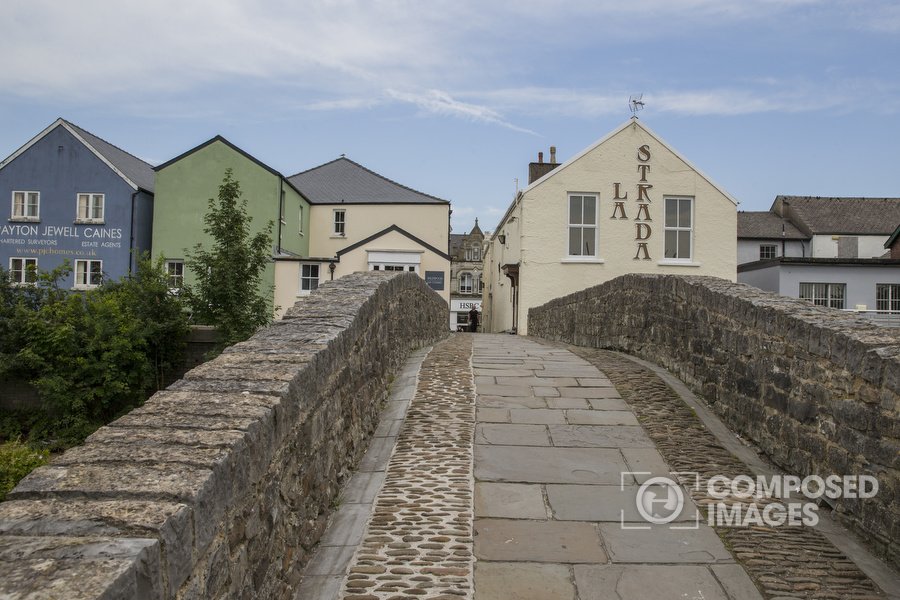 Bridgend was originally built on a ford of the River Ogmore, a key route between east and west. North of the town three rivers come together, the Ogmore, the Llynfi and the Garw.  A stone bridge was built in the 15th Century (and later rebuilt) as a permanent connection between the two sides of the Ogmore.

The town has expanded dramatically in size since the early 1980s. An 8.2% rise in the population between 2001 and 2011 was the largest in Wales except for the capital of Cardiff. This is thanks to on-going redevelopment.

There’s a fascinating history to Bridgend and several prehistoric burial mounds have been found nearby. The major A48 road between Bridgend and Cowbridge has a section locally known as “Crack Hill”. This Roman road and ‘Golden Mile’ is where it’s thought that Roman soldiers were lined up to be paid.

Coal had a huge impact across the region when it was discovered in the valleys north of Bridgend in the 17th Century. While there were never coal deposits in Bridgend itself, its status as a market town and hub of three rivers enjoyed a growing prominence. Bridgend found itself at the junction between the main London to Fishguard route, and a branch north to the three valleys.

Bridgend homed a major Prisoner of War camp at Island Farm during World War Two, and a large munitions factory, ROF Bridgend, aka the “Admiralty”.  Had it ever been bombed, the course of the war might have been significantly changed.

European Union investment in Bridgend’s regeneration and improvement has led to the pedestrianisation of the town centre and building restoration. 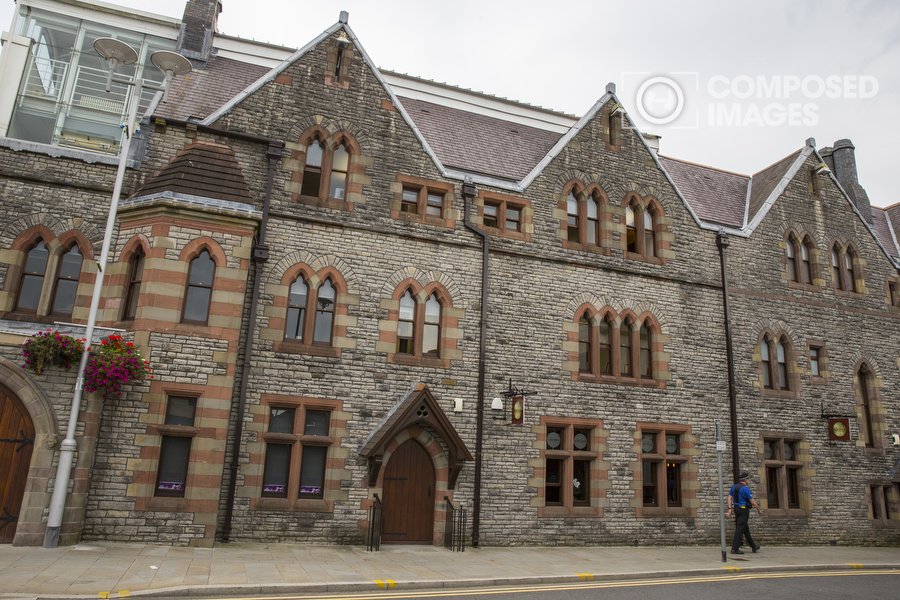 The council and local committees have used the pedestrianisation to host several fairs such as markets, festivals and even a small Mardi-Gras celebration.

Bridgend Council has estimated that such events have helped to bring 900,000 visitors to the town and generate £53million for the local economy.

If you’re seeking a photographer to cover an event or provide any type of professional photography in Bridgend, please do get in touch. You can view the kinds of Bridgend photography Composed can provide by browsing the rest of this website.