Wintry weather in Chicago and Porthcawl 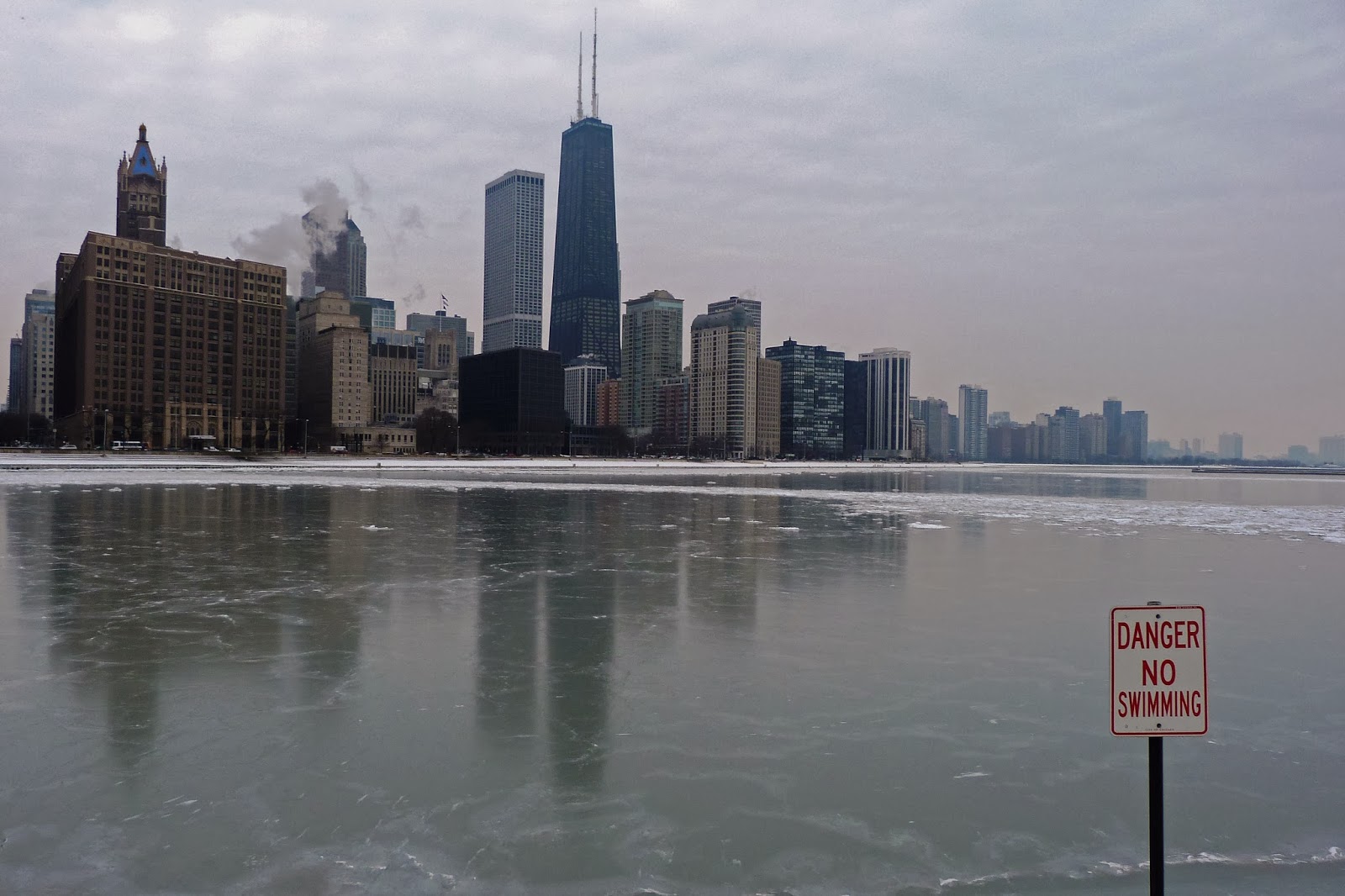 Chances are, if you’re reading this from Britain, you’ve probably seen news images of extreme weather taken in Chicago and Porthcawl in recent days.

Chicago is currently suffering from freakishly freezing temperatures.  When I visited around this time three years ago, it was cold enough for me, so I dread to think how it compares right now. Icebergs liberally scattered across Lake Michigan, snow lay fairly deep by British standards, and it stayed cold and snowy everywhere I went during a later road-trip into Wisconsin.

Not one to pass-up an opportunity to show off tenuously relevant images, here’s a few from that trip to the windy wintry city. 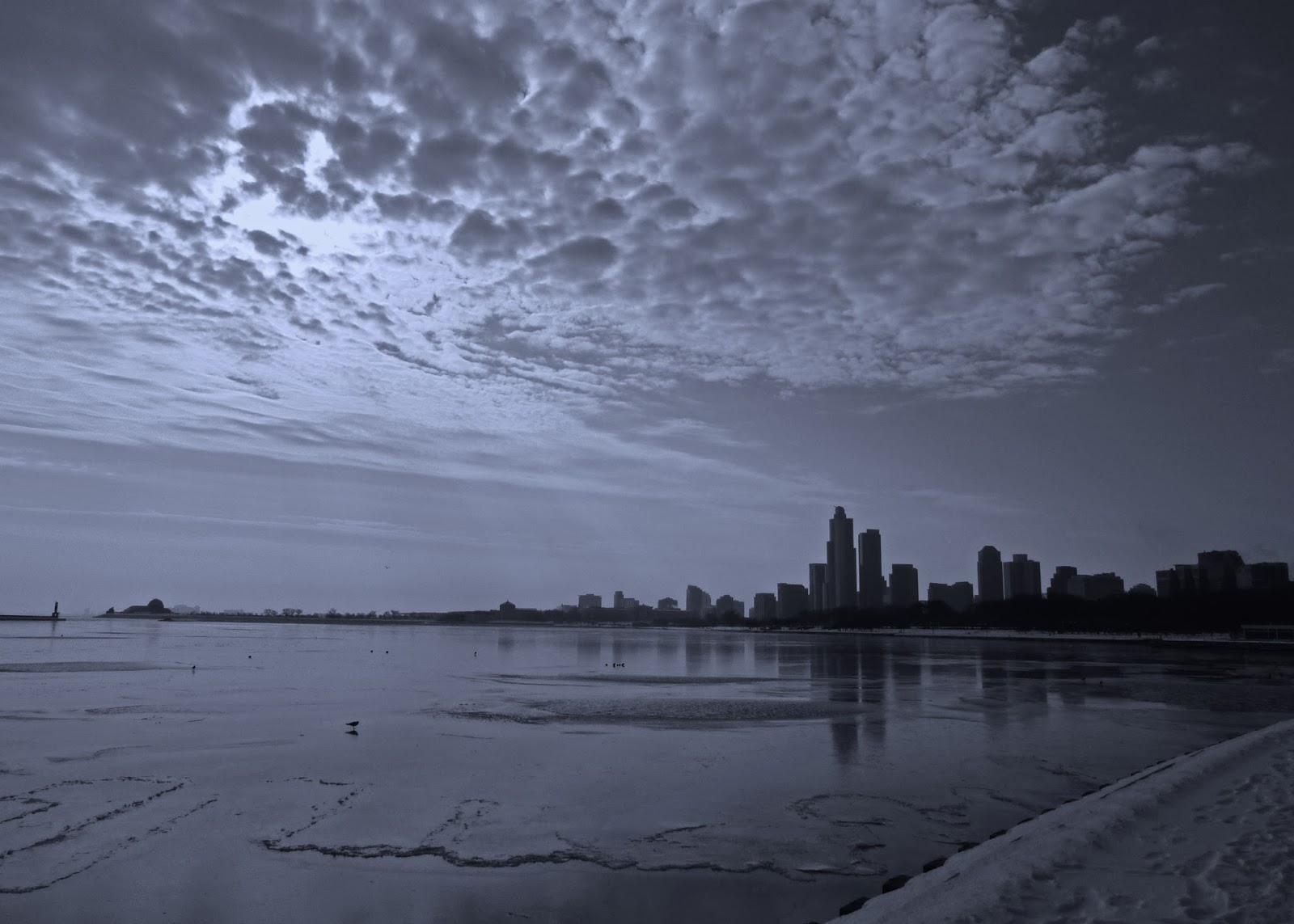 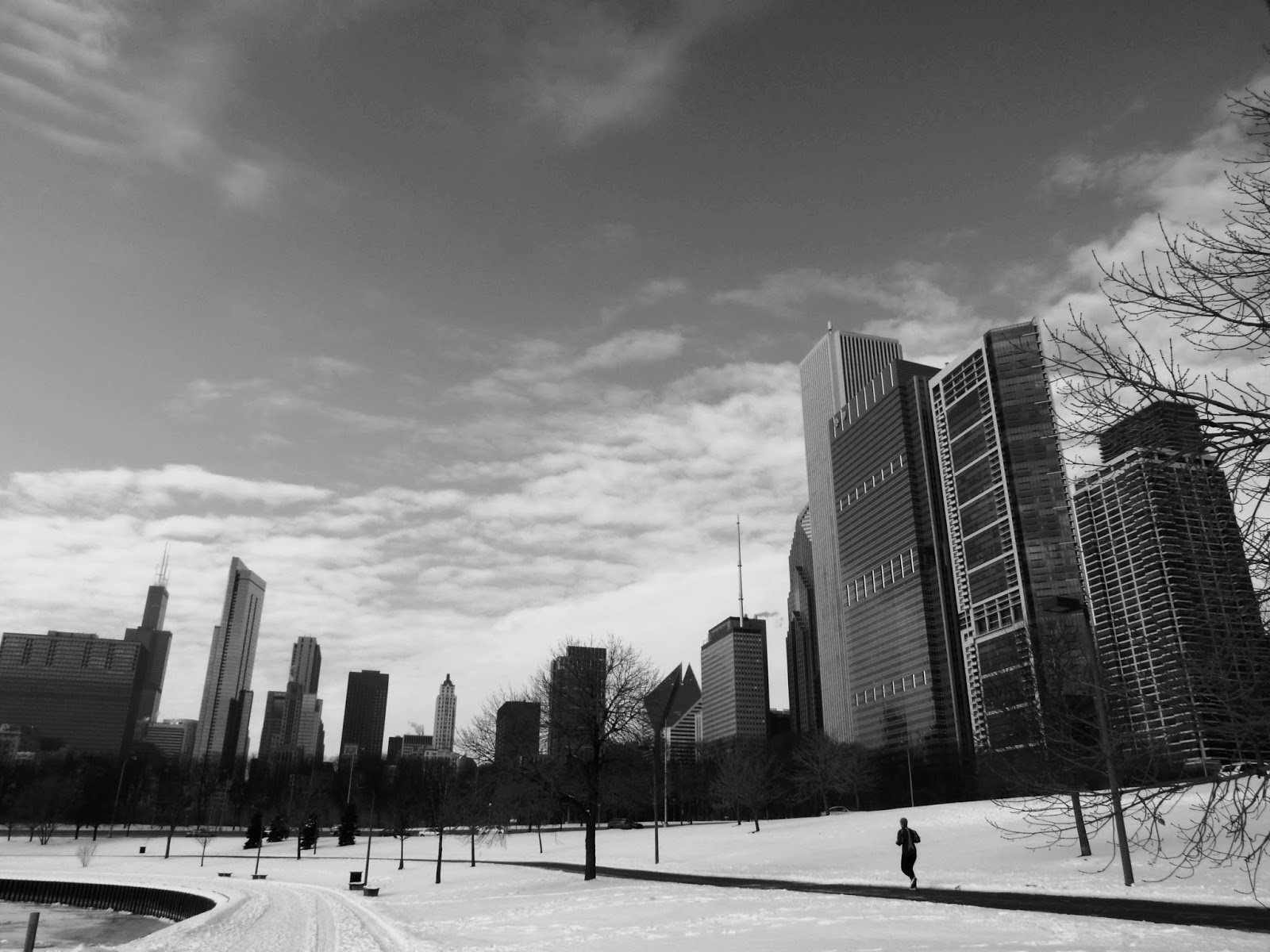 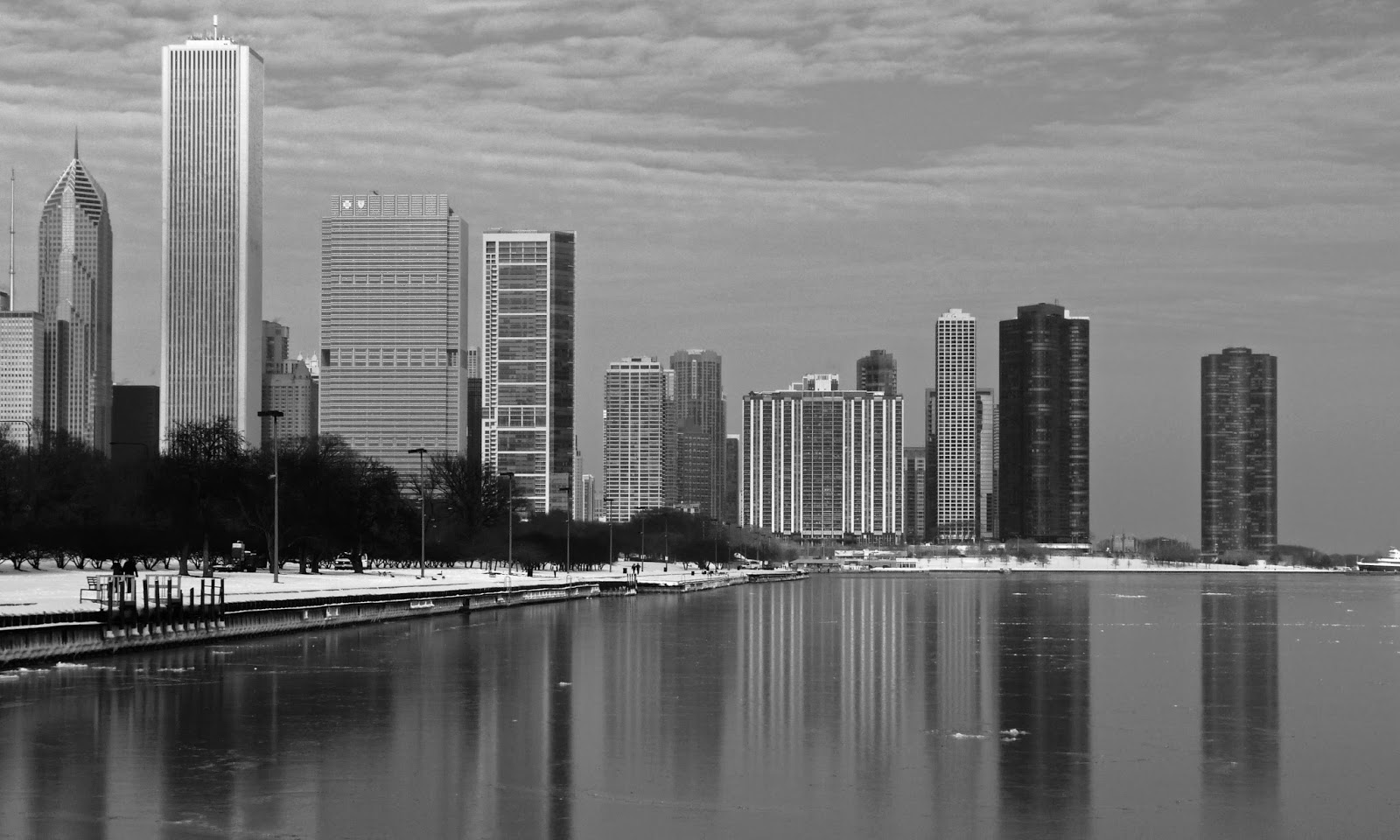 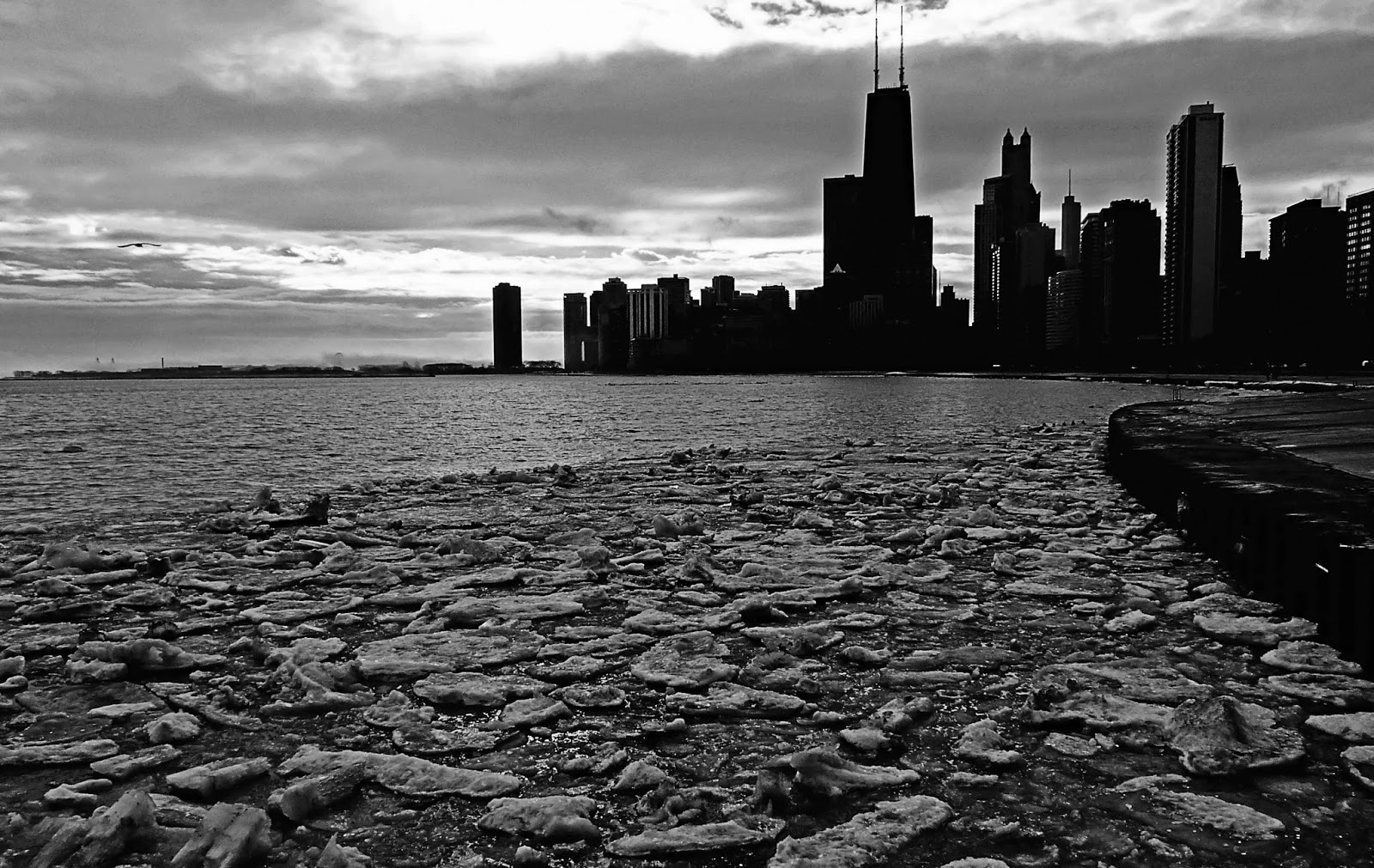 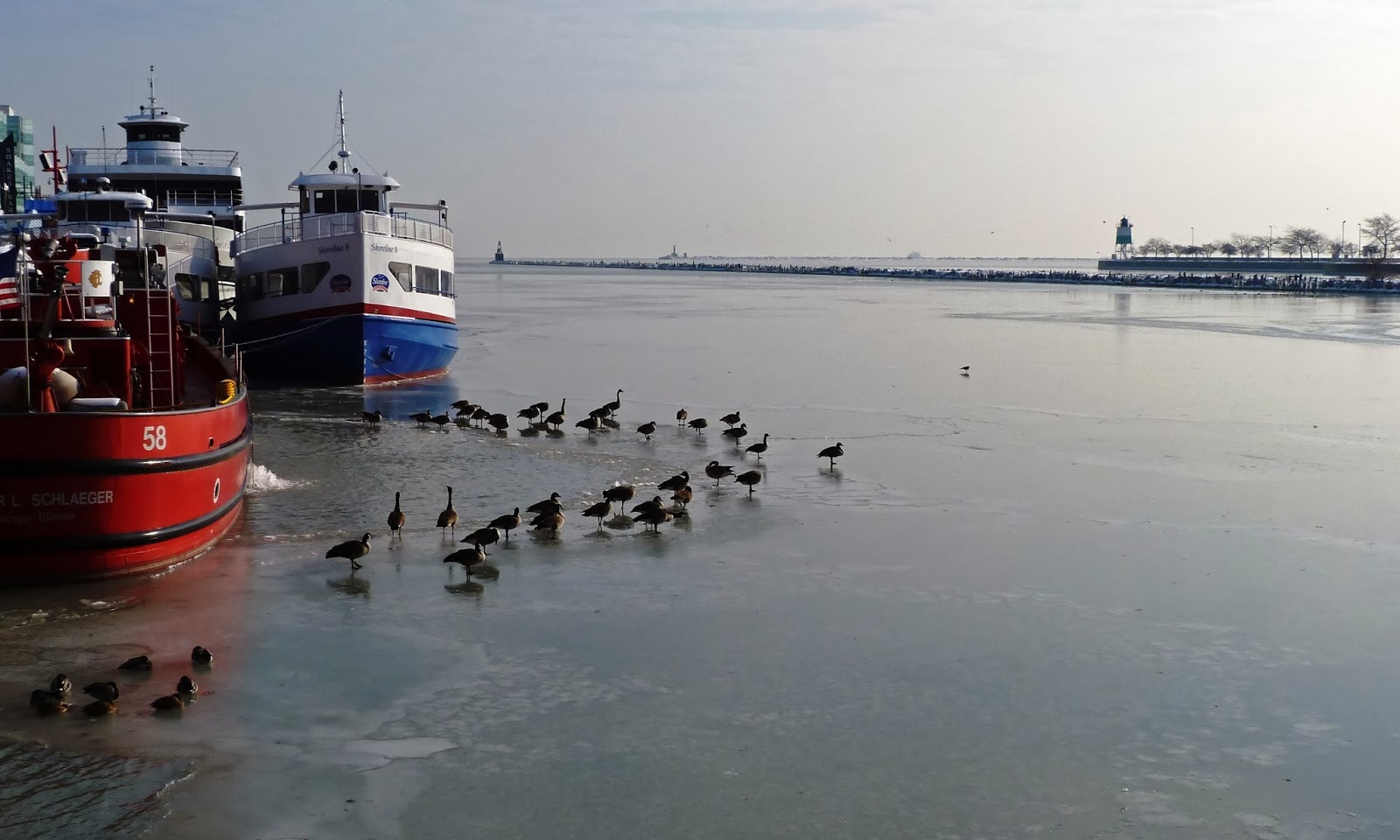 A favoured ‘go-to’ place for stormy and wintry weather back in Britain is Porthcawl in South Wales, just along the coast from Cardiff and not far off the main M4 motorway connecting Wales to London.

It’s not hard to imagine many picture editors ordering hardy photographers out to Porthcawl to get a spectacular shot of some waves, as a guy from the Press Association did this week with major success. Hours, possibly even minutes after he pressed his shutter, the image was on the BBC News homepage and being shared widely across all sorts of platforms.

It shows tall, booming waves showering the much-photographed pier and lighthouse, as a clutch of observers stand precariously underneath. Their proximity to the waves might be a trick of perspective.

I’ve taken one or two trips down to Porthcawl in the past, my most fruitful visit being two years ago, around early December. The place was very quiet, cold and windy as ever, but still had a bleak romance about it.

Here are a couple from back then. The front often draws people down to stand and stare at the frequently wild sea, and not just when the tide swells are record-breakingly high. 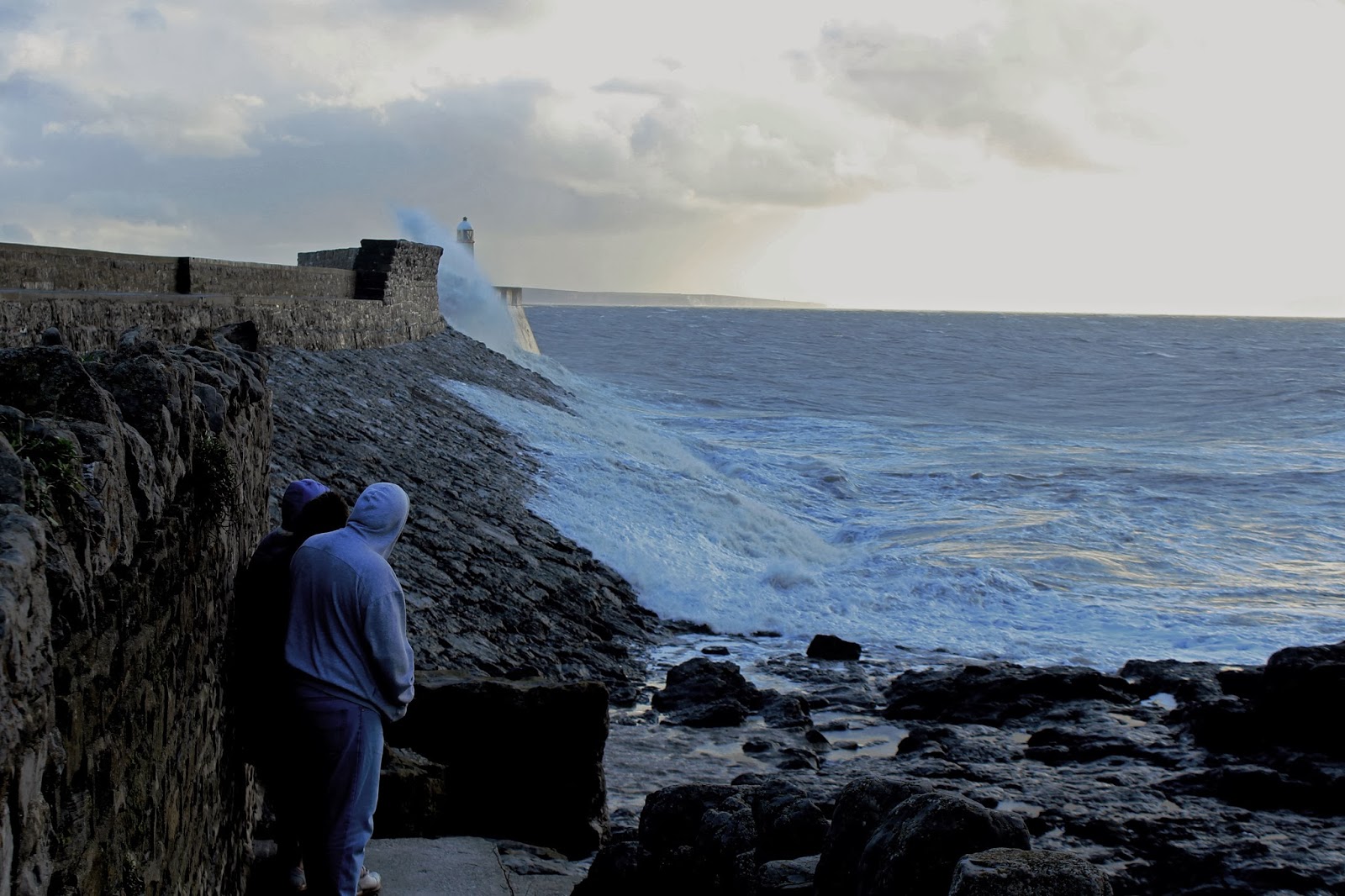 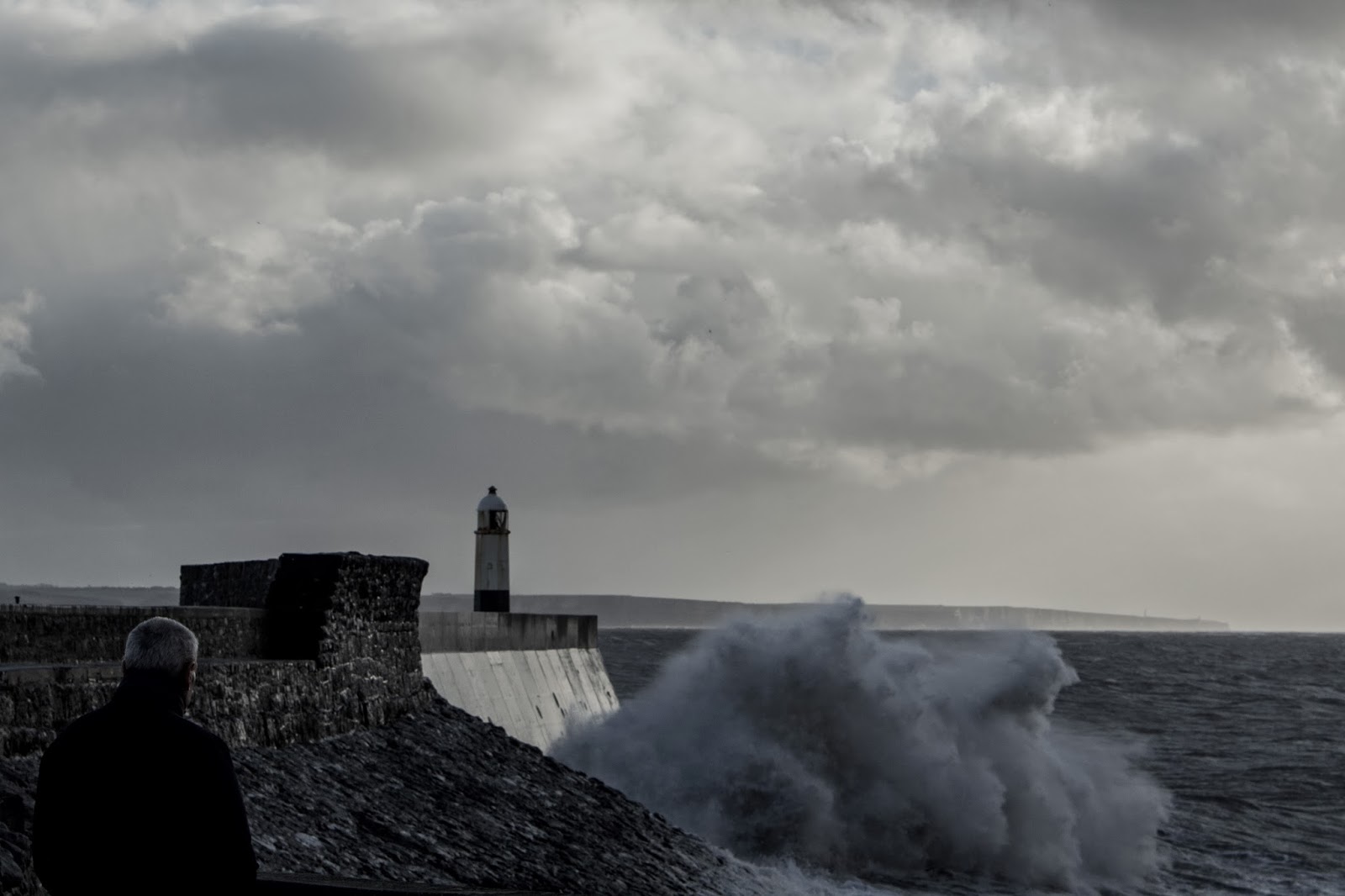