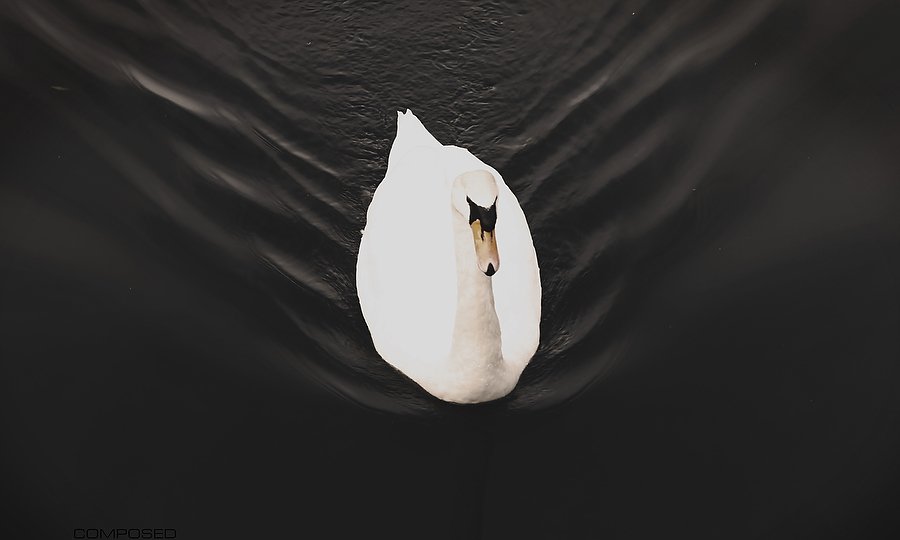 Be outraged or angry about the murder of Cecil the Lion in Zimbabwe, but look out for the wildlife on your own doorstep.

It’s a strange contradiction that you can broadly love wildlife without mourning creatures when they die. You casually accept they must die, it’s the way of things. It just isn’t thought about that much because it usually happens out of human sight. Commonplace birds, pigeons, seagulls, blue tits and sparrows: we’re only really aware they die if they’re squashed under a vehicle, fall from a nest, fly into a window, become the plaything of a cat. To humans, wildlife otherwise tends to be gently discreet in matters of death.

But when they die unnatural deaths at the hands of man, things are different.

In a week when the death of Cecil the Lion in Zimbabwe made headlines across the world after an American tourist paid to kill it with a bow and arrow, there was a small sad echo in our local mother swan dying thanks to another act of man. Sure, her being tangled in fishing line is unlikely to have been deliberate or bloodthirsty, but it was still utterly mindless.

My Cardiff neighbourhood of Atlantic Wharf is home to a small loop of canal and a large expanse of water also known as Bute East Dock. On this water, as written about on this blog before, live many wildfowl: coots, mallards, grebes, cormorants come and go. Arguably most striking was one small family of Swans.

This is a far from perfect environment, regularly littered with strange items as well as beer cans, bottles, balloons, polystyrene, slabs of wood. Resourceful coots make impressive use of what they can for their nests. The area is fished regularly by men with a mixed degree of care for the environment; some of them sullen, stoned and mutely starey, some perfectly pleasant. I’m unsure how it’s all regulated. But it still draws people, runners and walkers; there’s a nice pub and a Holiday Inn Express on the water’s edge directly opposite the abandoned crane below, there are offices and residential flats. 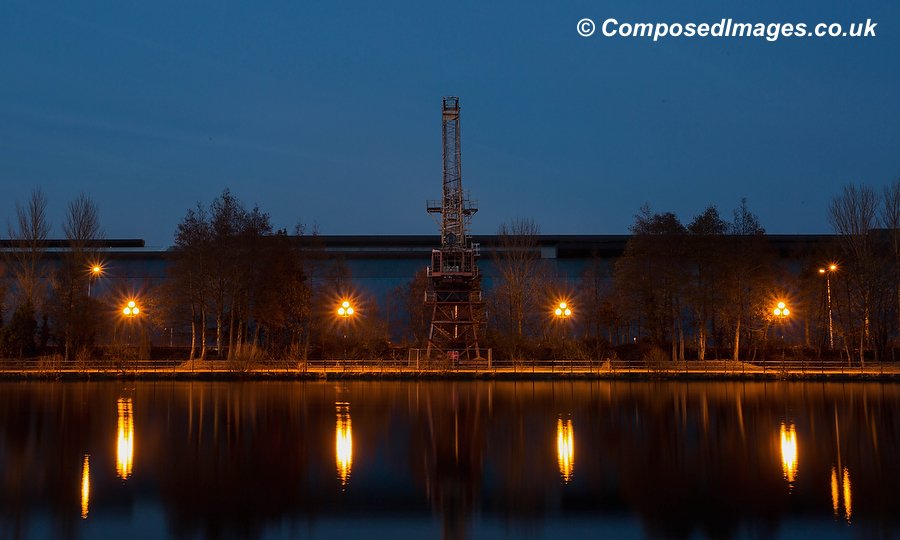 Several months ago our neighbourhood couple of Swans bred cygnets. There were three or four initially, then two, then one. These things happen. We live in an urban environment, a short walk from Cardiff city centre. There are foxes, cats and dogs. Even the seagulls here can be frighteningly brutal. 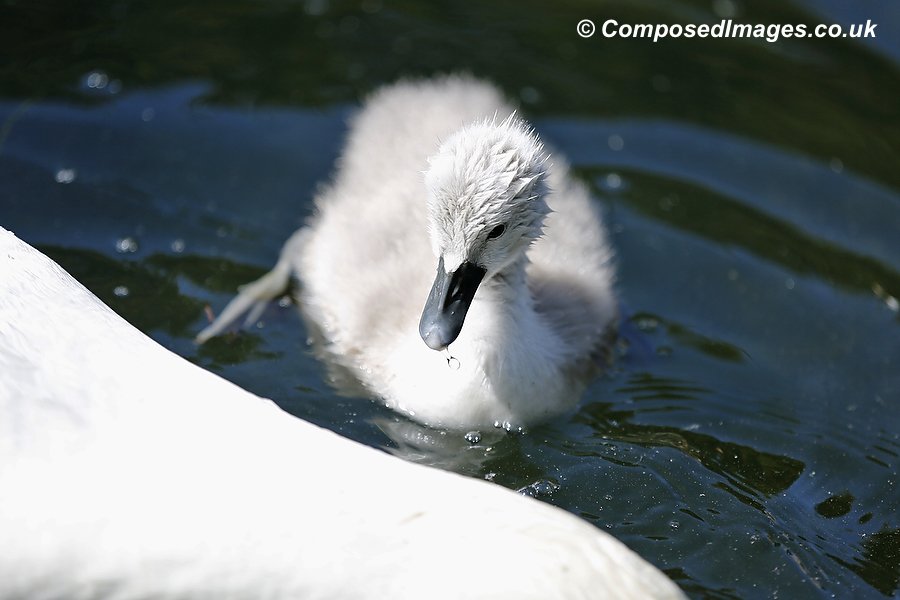 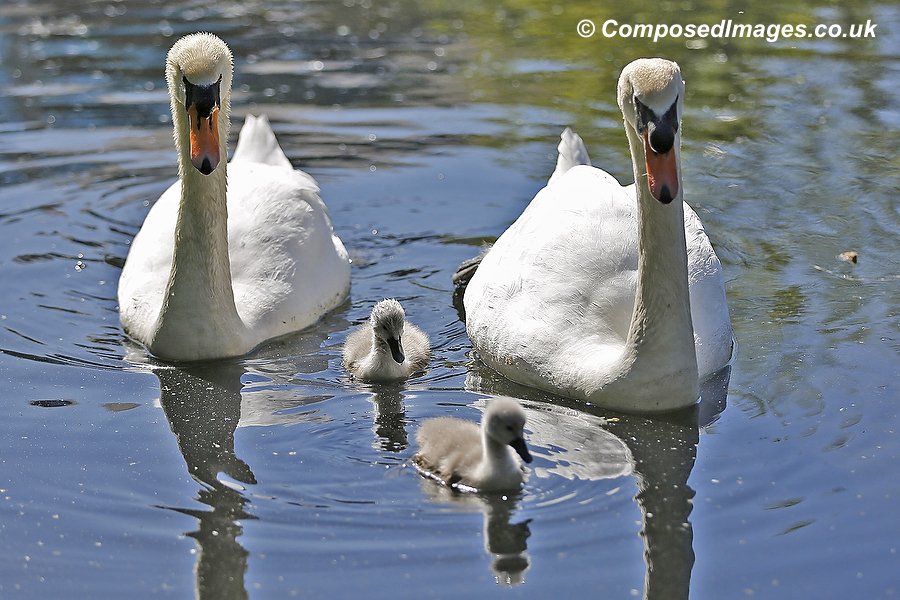 My girlfriend and I spotted that one of the adult swans, apparently the female, or ‘pen’, had her leg snagged with fishing line. This was a couple of weeks ago. It pinned her leg back to her upper thigh, and left about six feet of fishing line trailing in its path. She could still swim, but it was a big effort for her to battle out of the long reeds, and keep up with her mate and cygnet.

We called the RSPCA upon first seeing the fishing line during an evening walk, waiting the mandatory ten minutes before speaking to a human and reporting the case. The next day I was called by someone on the scene who apparently couldn’t find the swan. No further details or reference was given. A day or two later we saw her again, no better and still pinned by the line, and we reported it again to the RSPCA, going through the whole system once again, reporting the exact same thing with ever decreasing confidence.

Nothing seemed to happen this time. Perhaps we’d already exhausted the limit of one call-out a week. A day or two later we saw her again and she was clearly suffering, losing feathers, appearing more despondent, stubbornly curled into herself, and unstable when she did eventually try to move and swim away.

We had been informed of an independent swan rescue organisation and now felt compelled to try it. They sounded like semi-retired volunteers, well-intentioned but brisk, posh, almost affronted by our report, a tone suggesting we were being a major inconvenience. To their credit though, someone did come out promptly that Sunday evening. We were informed by a voice message that they had succeeded in freeing her, with some difficulty, and that she was moulting. This apparently happens to swans this time of year, and causes them to be withdrawn. So there was hope. The next morning I saw her, freed from the fishing wire but that side of her body unclean and mangled from its week of contortion. That was the last time I saw her.

Through a string of Facebook messages via the neighbourhood community, yesterday we were told that she had died on the way for treatment in Shepperton, not too far from London, a good couple of hours down the motorway. Who was taking her where, I’m not sure. There are a few slightly mixed messages, but she’s not around any longer and hasn’t been for over a week.

Living and walking regularly around a neighbourhood, whatever its faults, you notice the regular fixtures. The serenely gliding swans are regular fixtures, a pleasure to enjoy. There’s a stubborn ‘do not mess with us’ imperviousness about them which is hard not to admire, and the rare sight of a flying swan always seems magical. They’re a living, breathing element of the natural wildlife in our patch.

In the grand scale of things, ok yes, they are just swans, not humans, and there are plenty more of them a short distance away in Cardiff Bay itself. We probably shouldn’t get too dramatic about it. But still, this was our only family and now it’s seriously depleted. The male adult, or cob, now swims around the dock without his mate, tending alone to the later stages of educating his single surviving cygnet, which should graduate to adulthood, albeit without its mother. That’s providing no other lazily flung fishing line impedes its progress.

A fisherman was struggling to land a bite this morning and asked me to pass him his net. Feeling conflicted, guilty, gutless and ashamed, I did.

Humans badly fail at looking after the planet and its wildlife the world over. We can be outraged by the murder of a lion or foxes or whales, and let the world know how outraged we are by posting an outraged comment online. By all means be outraged by the callous bloodsport of man. But actively give a damn for what’s living in your back yard too. Rest in peace, mother swan.

[…] But it’s still sad. The old barge Eben Haezer, apparently of Dutch origins, moored next to local pub The Wharf and owned by the pub’s owner SA Brains; it was all of ours. At least those of us who lived or worked, walked or ran around Atlantic Wharf. Hotel guests and fishermen, a number of whom continue to show a frustrating lack of respect to the environment, regularly leaving litter and fishing line behind them, it was theirs too. [Read the Composed blog – When man kills wildlife] […]