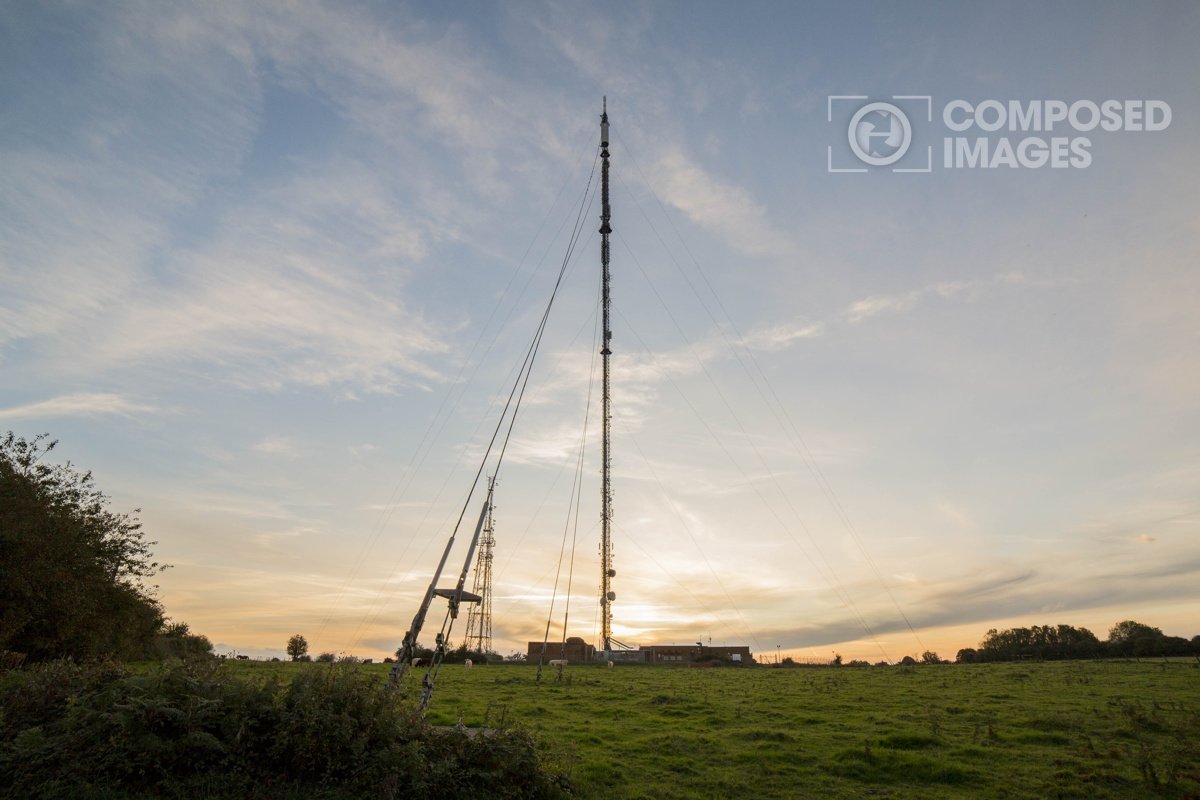 Welcome to the latest post in an occasional series about features of the Cardiff skyline.

Perhaps Wenvoe Transmitting Station isn’t the most obvious subject. It is clearly not as iconic as a Cardiff Castle, the Pierhead Building, the Senedd or Wales Millennium Centre. Nor does it have the modest natural wonder of Garth Hill. But for any who regularly travel into or out of the city to or from the west, you will probably have some familiarity with this tall spindly spike which looms over miles of the city. It’s one of those features you grow to ignore if you see it on a regular basis, but seeing it once or twice is mildly remarkable, and you might wonder exactly what it is. 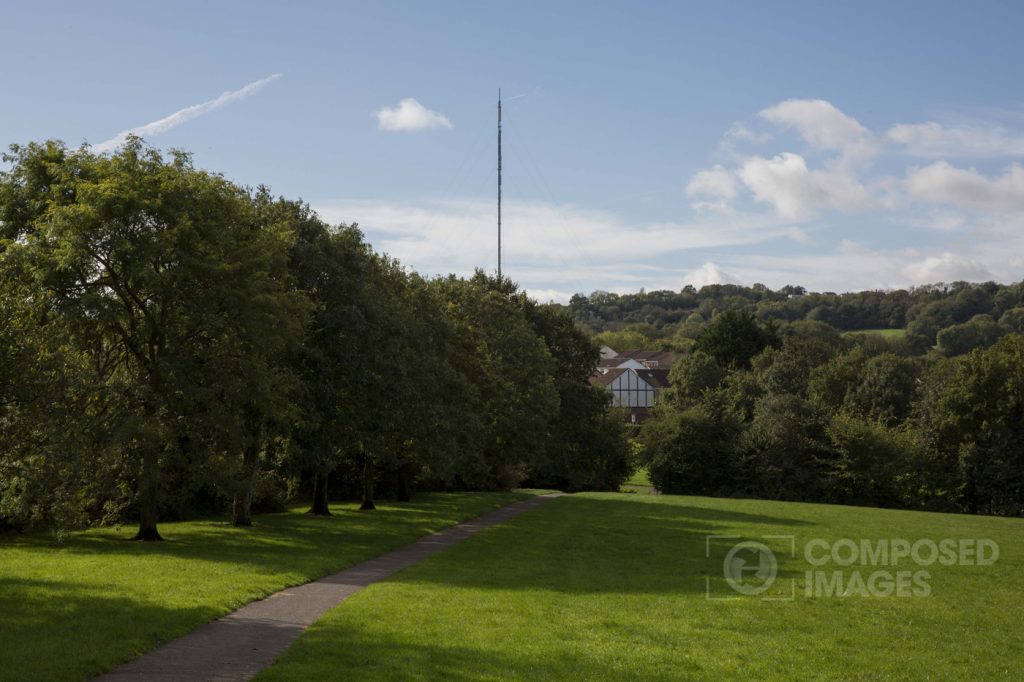 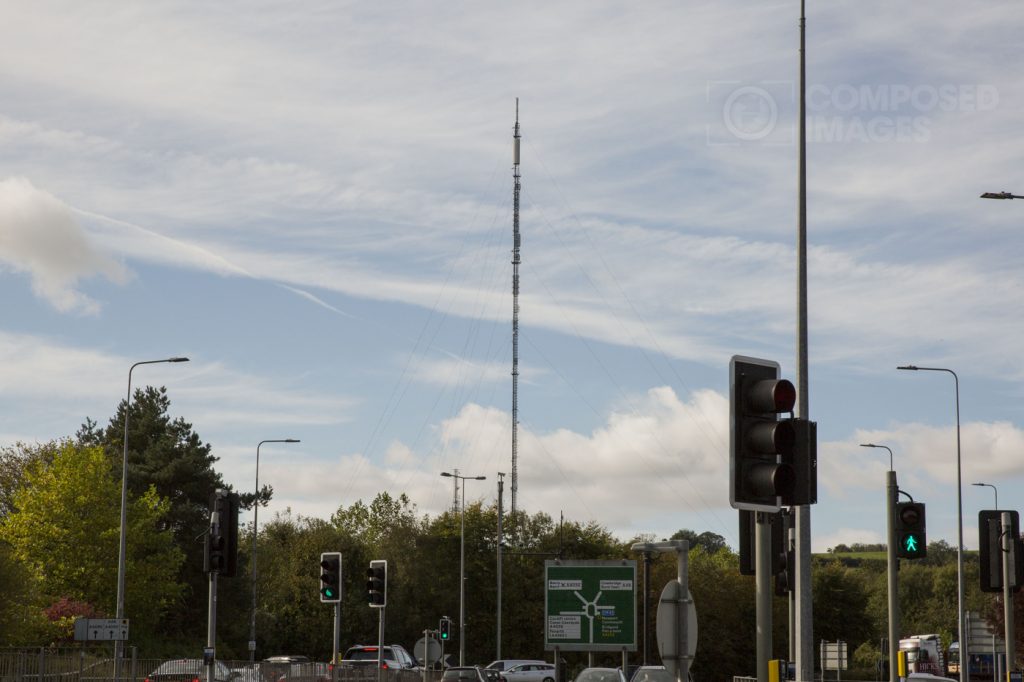 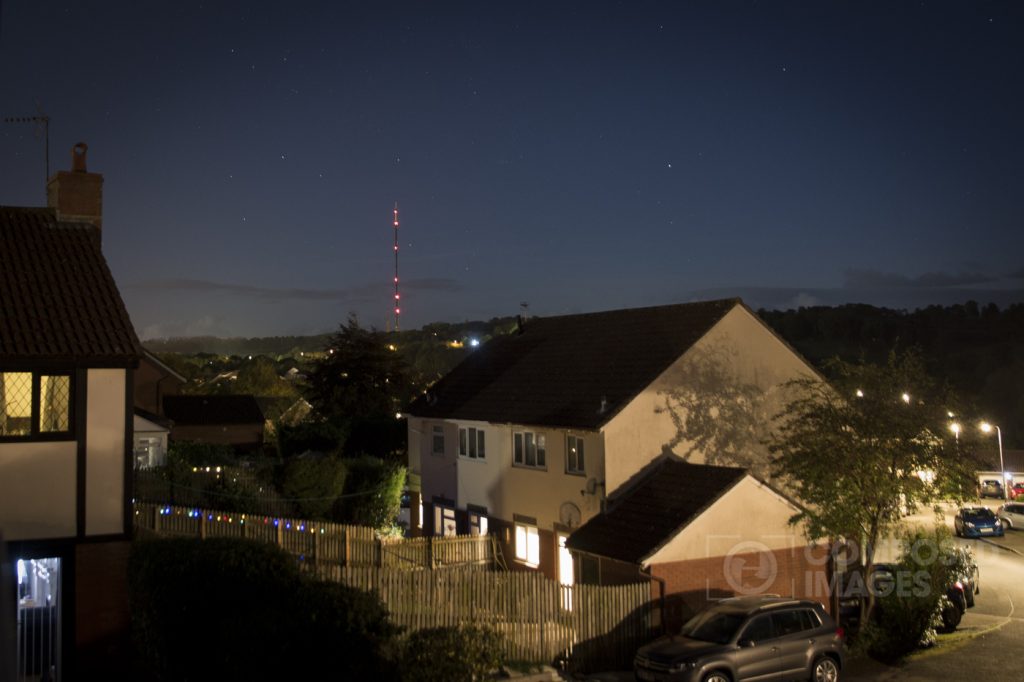 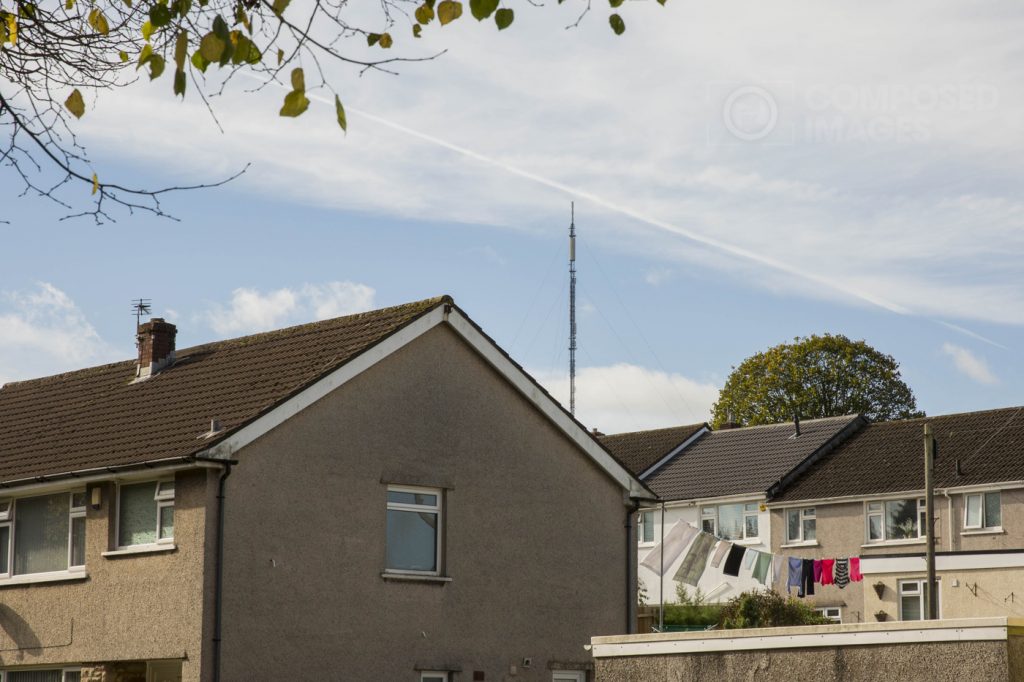 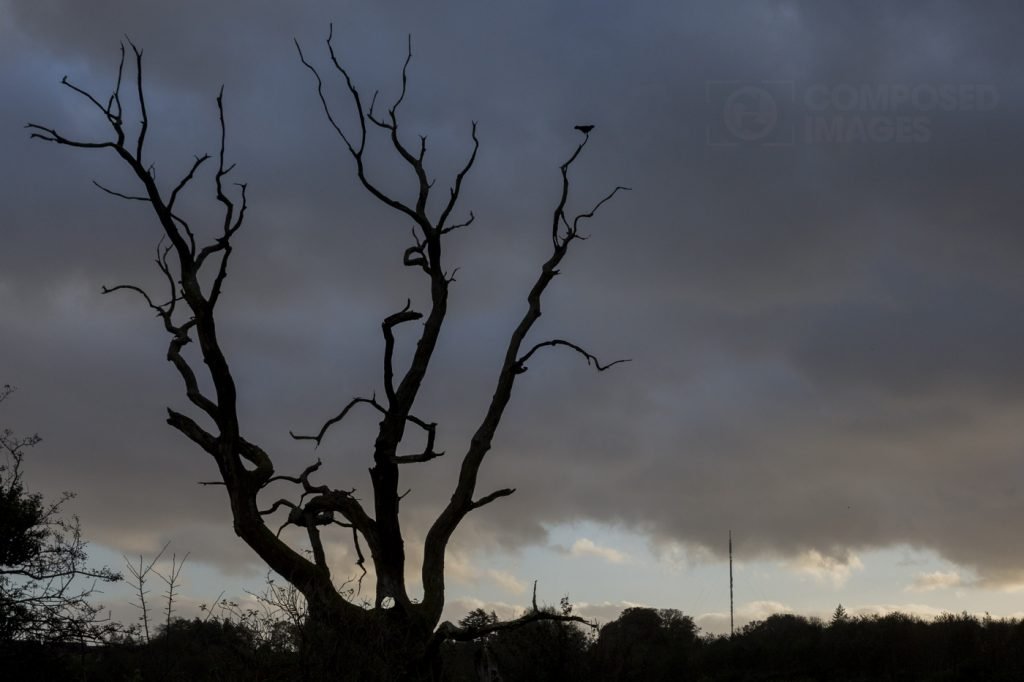 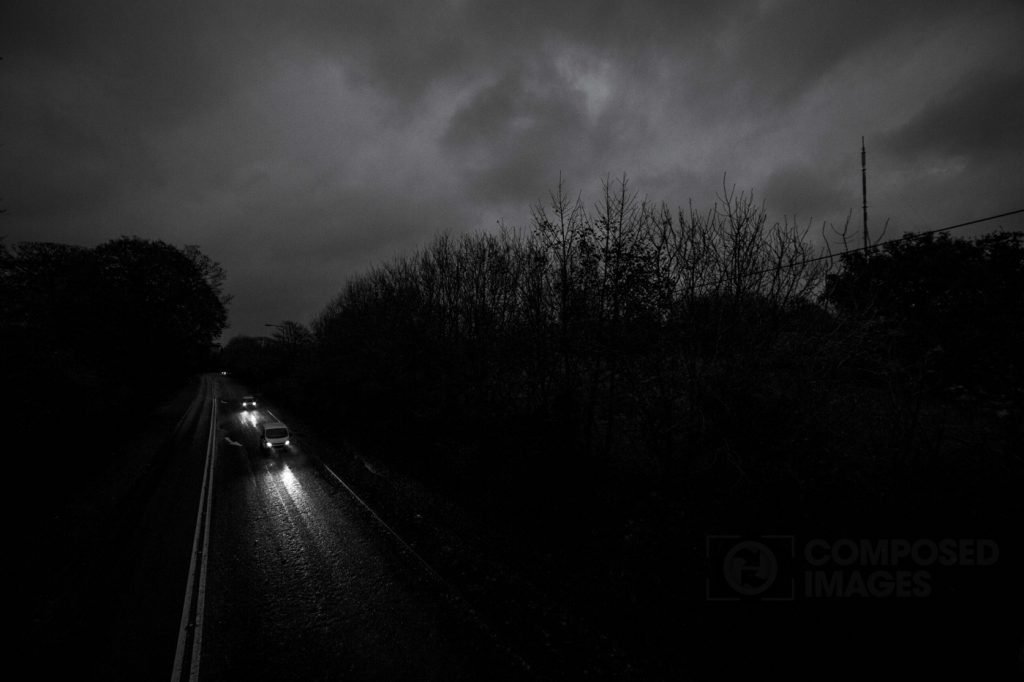 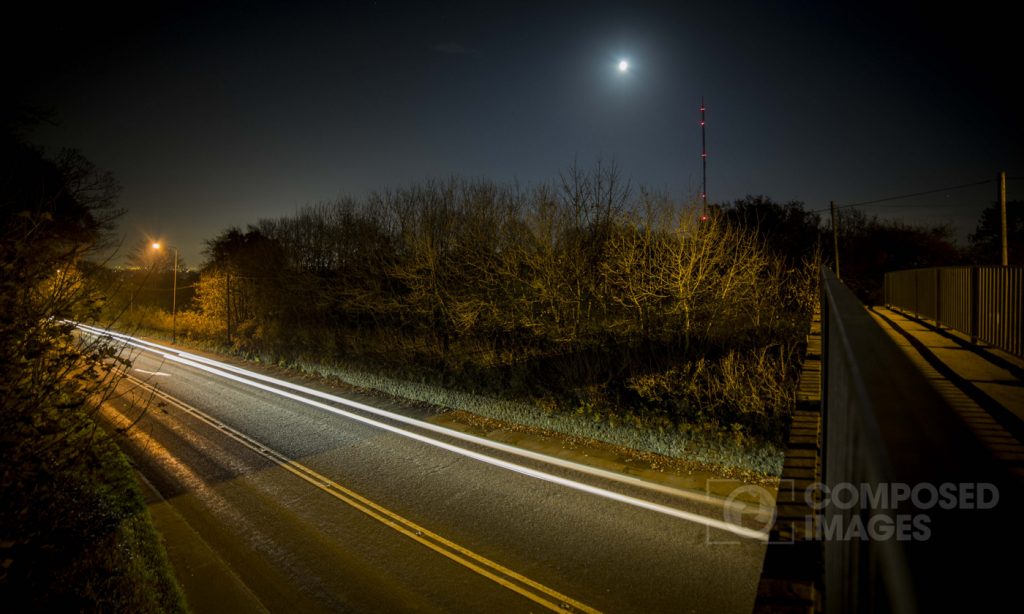 What is Wenvoe Transmitting Station?

So what exactly is it? (Warning: this could not confidently be described as exciting). Wenvoe transmitting station is a small patch of land used for broadcasting and telecommunications, and apparently keeping cows. Situated between the villages of Wenvoe and The Downs just outside Cardiff, the big spike stands a short distance from major traffic interchange Culverhouse Cross. Visible from many surrounding areas and suburbs, including mine, much of its tip is prone to disappearing completely on gloomy misty days, enveloped in murky low cloud. At night, its dotted red lights mark its vertical outline. You might trick your kids into thinking it’s a space rocket launch site, maybe a UFO. 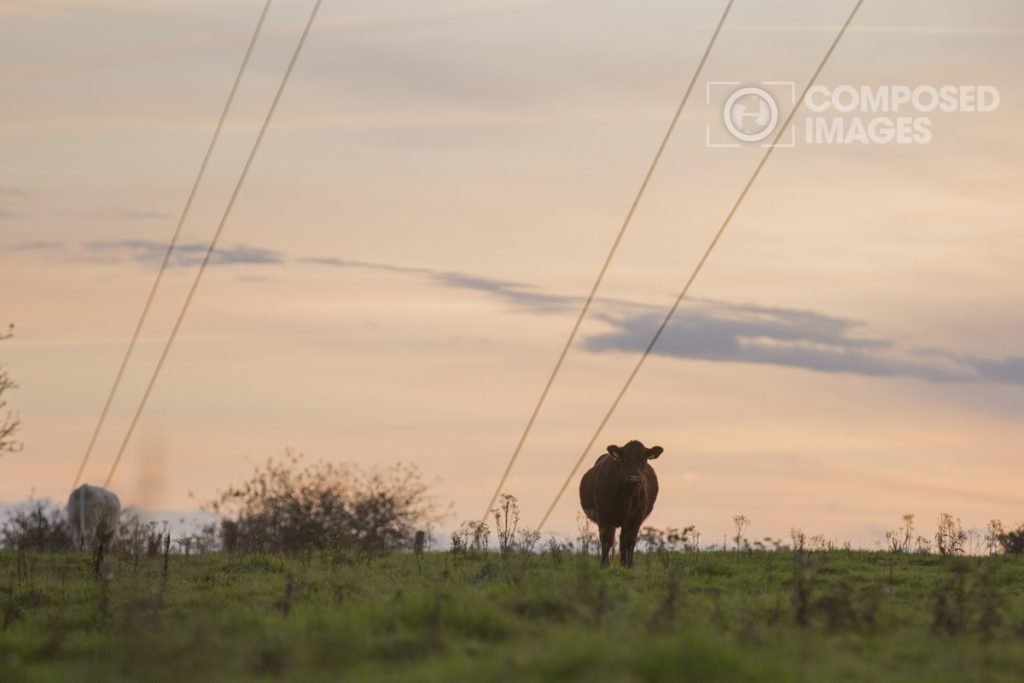 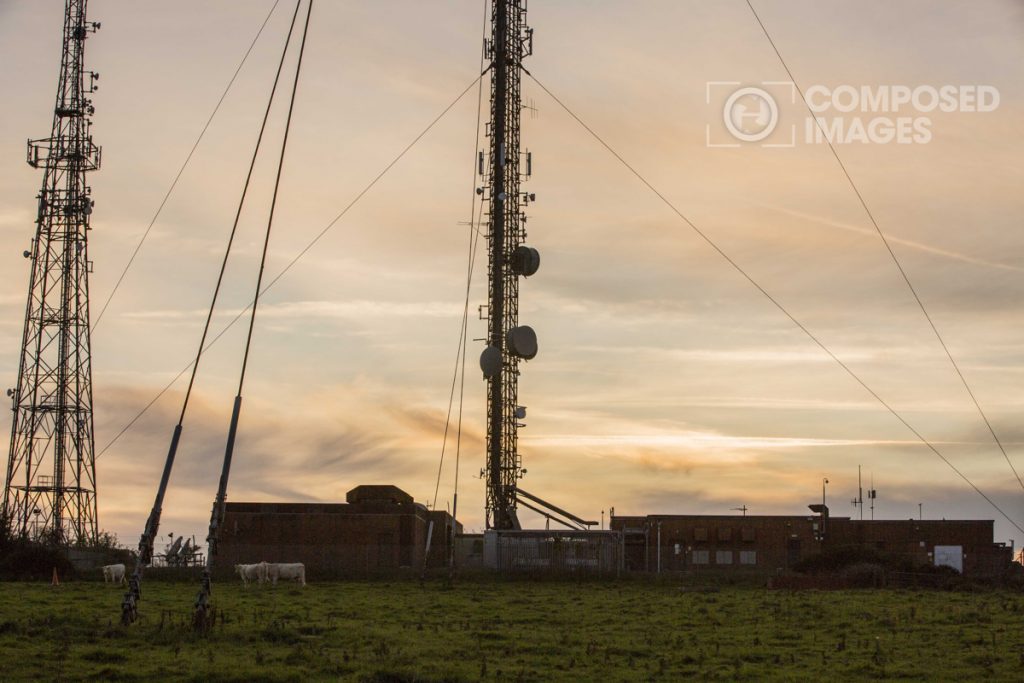 A flat-roofed building in the middle of the field is dwarfed by a 250.5-metre guyed mast with antennas attached at various heights. The extended mast and Main UHF antenna gives the whole structure a height of 265 metres (869 ft). It’s owned and operated by Arqiva. An original 230 metre mast was built in 1952 by the BBC to provide television to south Wales and west England. It remained on air until the closure of 405-line television in 1985. (You were warned this might not be considered exciting). In 1955 radio was added to the mast, carrying the BBC’s Home Service, followed by the Light Programme in 1956 and the Third Programme in 1959. Such seemingly antiquated methods of broadcasting and transmitting can be easily forgotten in today’s digital age.

There is a considerable amount if further detail available about Wenvoe transmitting station on Wikipedia, where the above information was found. If broadcasting frequencies, operators and OFCOM licences are your thing, it’s a must see. 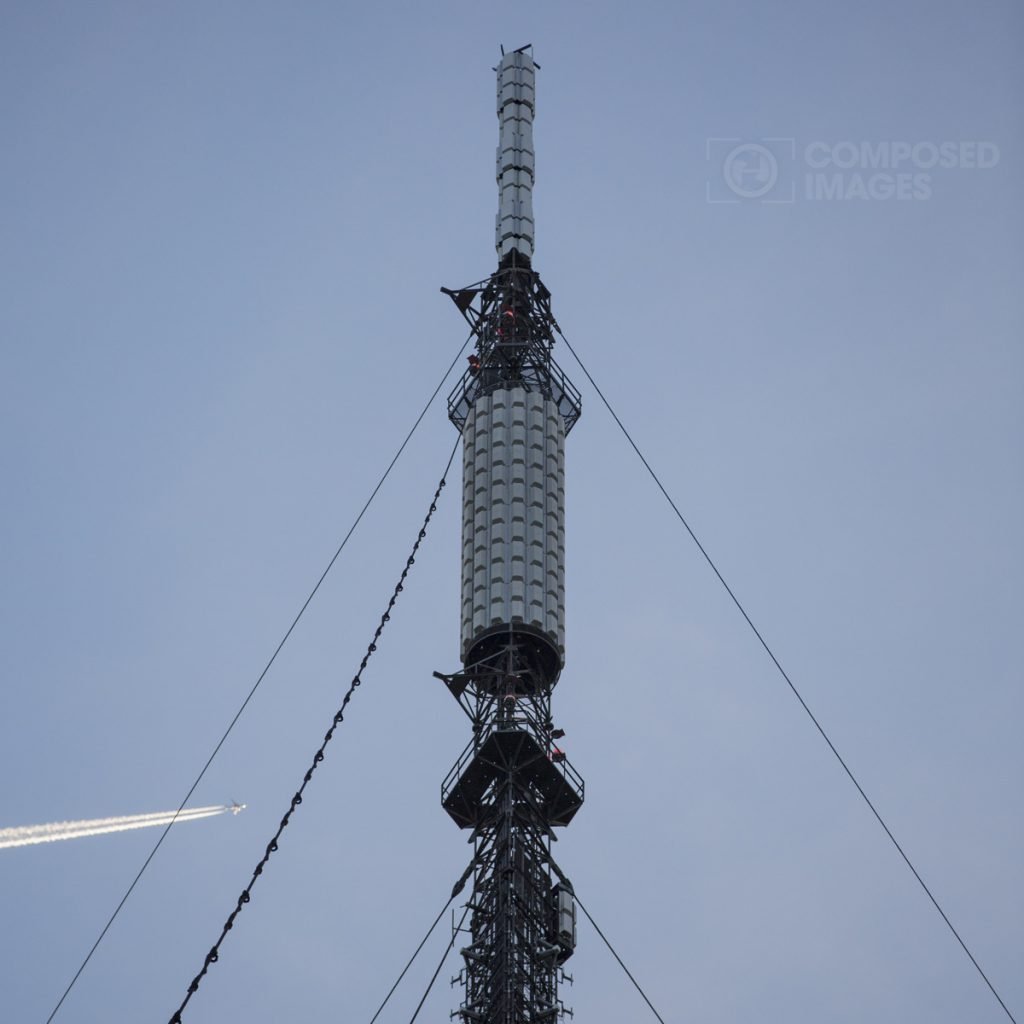 I’d seen the structure close up for the first time on a dog walk from the Downs on a dank day. A narrow path between fields trails you around the site, which is seriously fenced off with several forthright DANGER signs. It would look better at sunset, I thought, so back towards the end of September I returned to shoot it at sunset. Being such an abnormally tall and thin structure, it was a challenge to frame whatever the lens. But a couple of them worked ok. 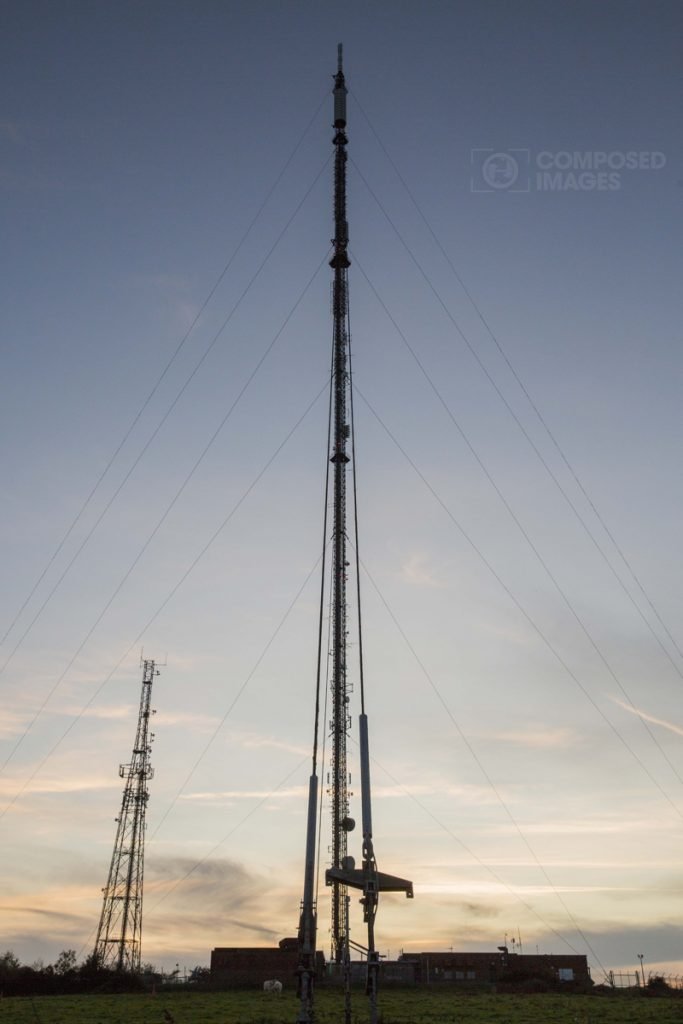 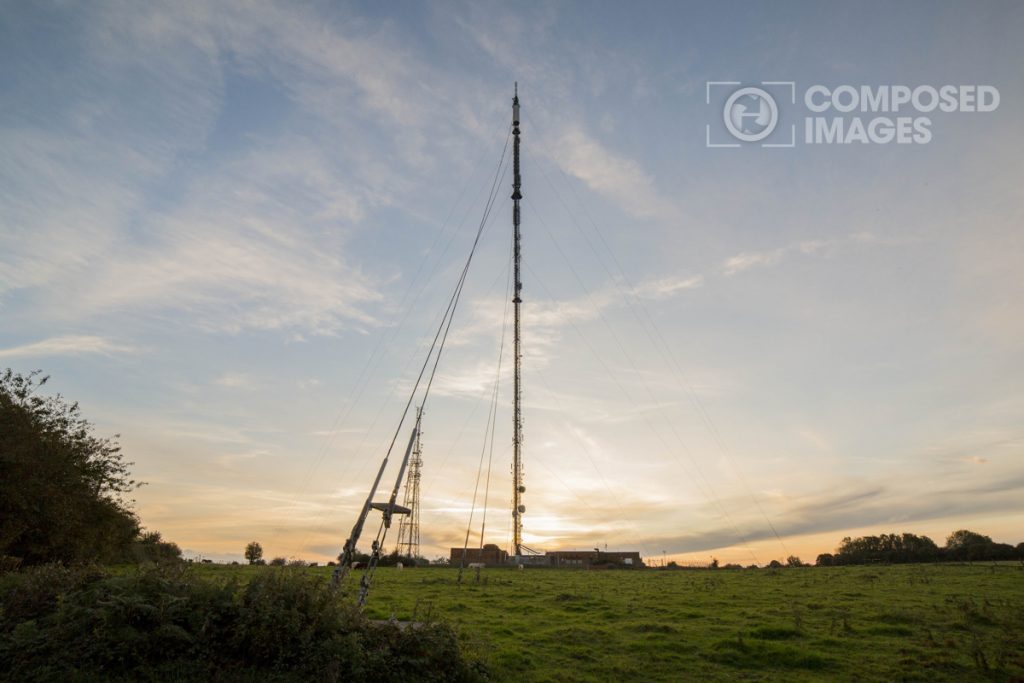 [Read the Composed skyline piece about Garth Hill in Pentyrch]

This mini project got under my skin the more I tinkered with perspectives and thought about the concept of transmission, how we all personally transmit and are transmitted to, how the masses are fed with propaganda, how a nation can be understood or misunderstood globally by what it transmits and how that transmission is received. Transmission encompasses the act of delivering or presenting any message, but intended meaning can always be wildly at odds with interpretation. This could equally lead to misunderstandings, awkward social situations and given transmission practices of the current US President, perhaps war.

We are all broadcast transmitters now thanks to global connectivity, mobile telecommunications, data and the big old internet. But also in other ways: the clothes we wear, what they say, how we decorate ourselves with jewellery and tattoos and laptop stickers. We are forever transmitting messages. This huge mast could be some sort of giant looming analogy, a sprawling omniscient symbol of all of our connectedness? You could write a cultural studies thesis on the concept of contemporary transmission. It might even be more interesting than broadcasting frequencies. 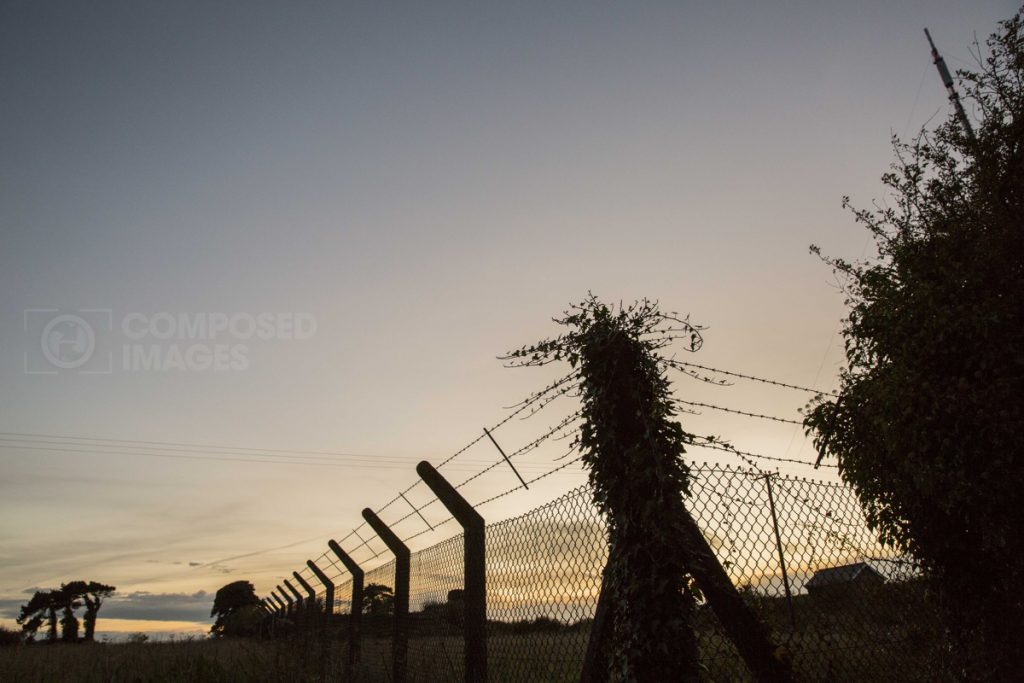 A more fearless, arguably reckless photographer may have sought a closer vantage point on Wenvoe Transmitting Station. Certainly a number of striking compositions and perspectives could be achieved from the foot of the mast, looking directly up, and of course with a drone, looking down. And it would be interesting to take a closer look at the buildings. However, I had the dog with me. I also have reservations about proprietorial looking cows and electrocution. 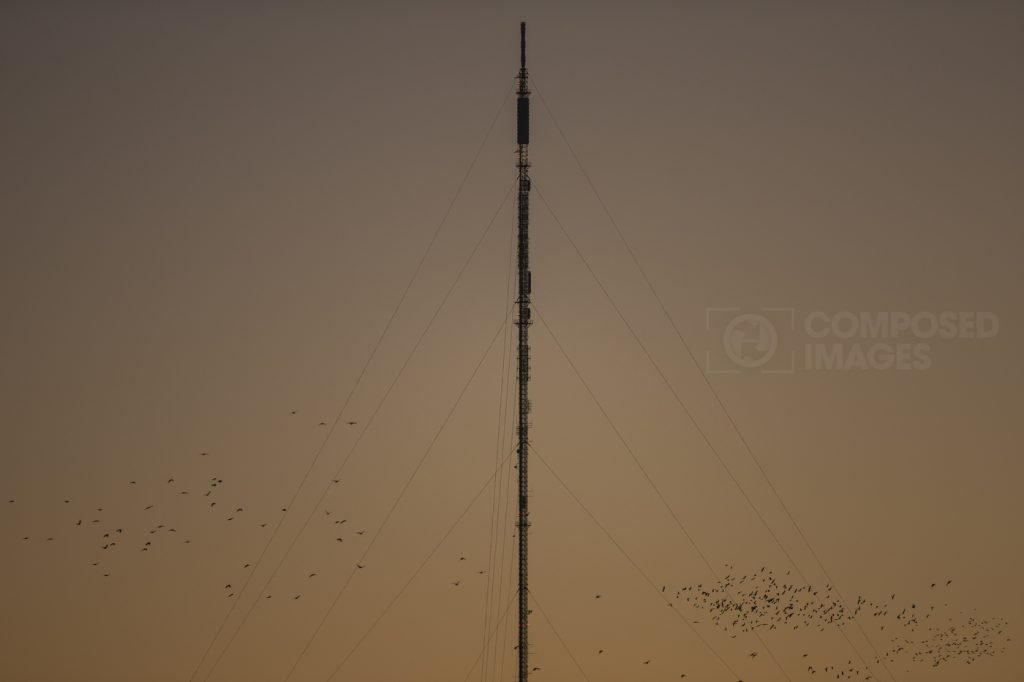 Need to commission photography for your own claim on the Cardiff skyline? Please get in touch.