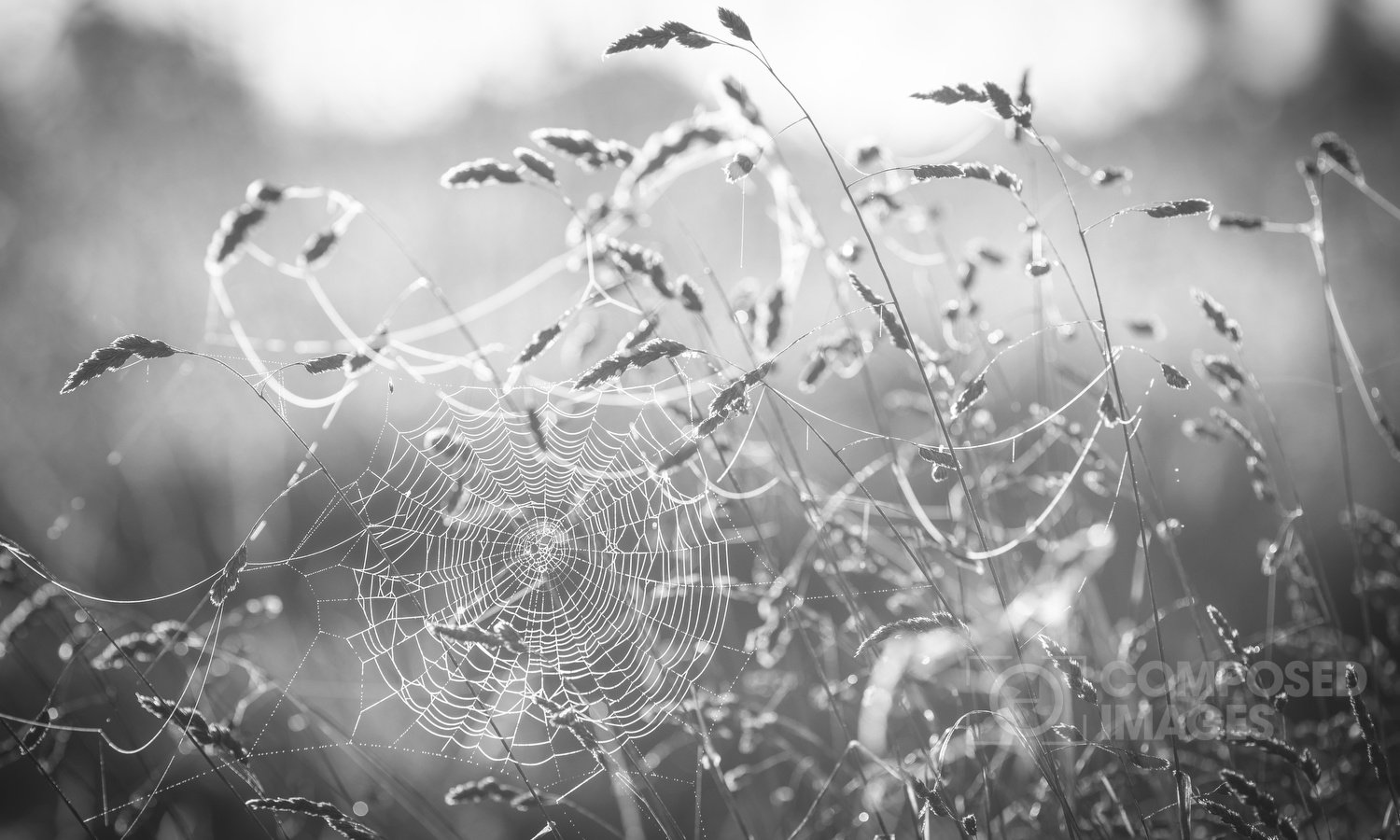 Continuing my blog catch-up, here’s some spurious mind fluff about a seasonal thing which has caught my interest and snagged my face over recent weeks.

As a dog-walker you tend to develop a keen sense of the changing seasons, day by day. The late summer bleed into autumn is one of the most visually striking and wonderfully textural, with colours changing, crunchy leaves falling and skittering along roads and pavements, ferny overgrowth browning, yellowing and dying back. Together with a fresh bite in the air and morning mists, the sense of tumbling fall towards winter is wonderfully evocative, warming and homely.
In the early stages one element is an almost impossible abundance of cobwebs. They pepper the heathlands where I regularly walk with mesmerising intricacy and artistry. Genuine webs of intrigue. 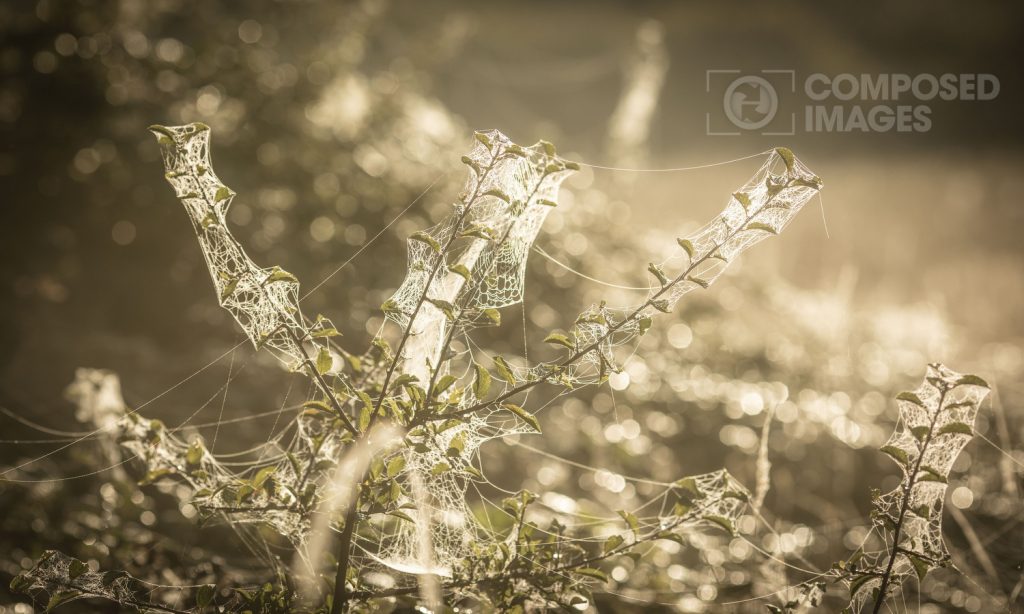 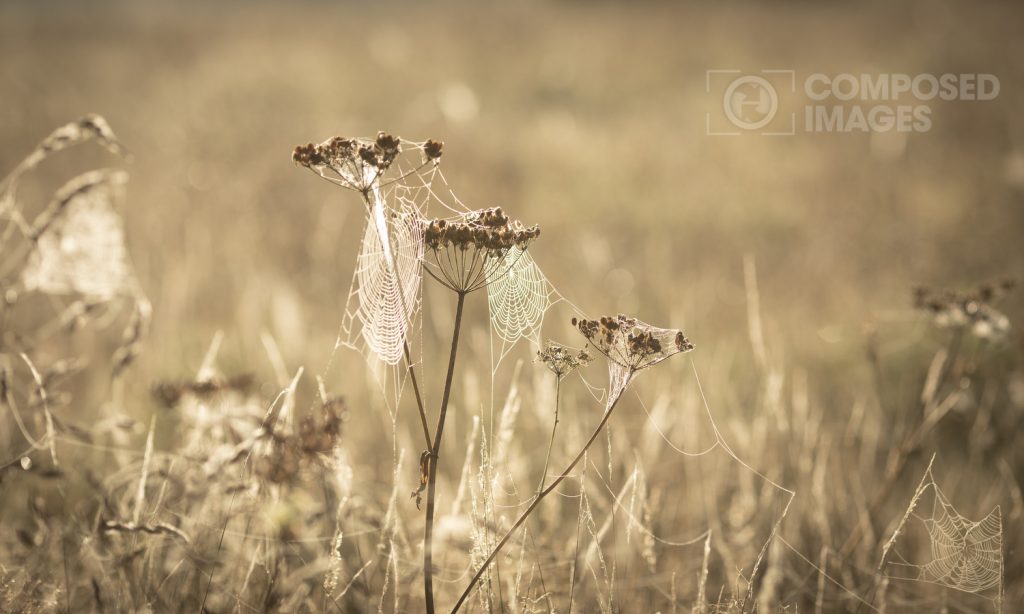 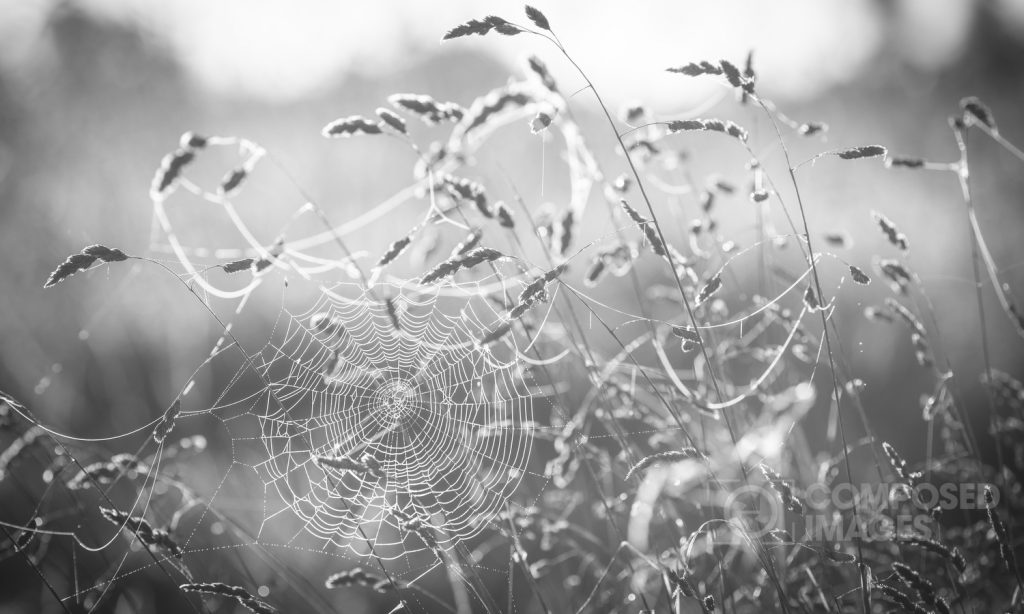 As well as these low-lying webs, there are many less visible higher versions spun from tree branches and even inside the home. Never pleasant to walk into.

You can even find wonder in its connection to wider things, to the idea of connection itself. The world wide web is an obvious pun with which I’ve played before in relation to cobwebs. Social networks and digital human connection is something on which the whole world is fixated. But the idea of everything infinitely connecting in the most unlikely ways also has a wider echo, a sort of scaled-down string-theory, a kind of unknowable orbital journey.

There’s a magic in the coincidence of improbable connections, but also a fuzzy logic. Things have to connect, don’t they? Some people are devoted to the idea that ‘everything happens for a reason’. (As this piece suggests, I am not). But this ideal relates to a key rational function of our brains: making associations and connecting stuff. We find it inherently pleasing to join the dots, solve problems and find patterns. 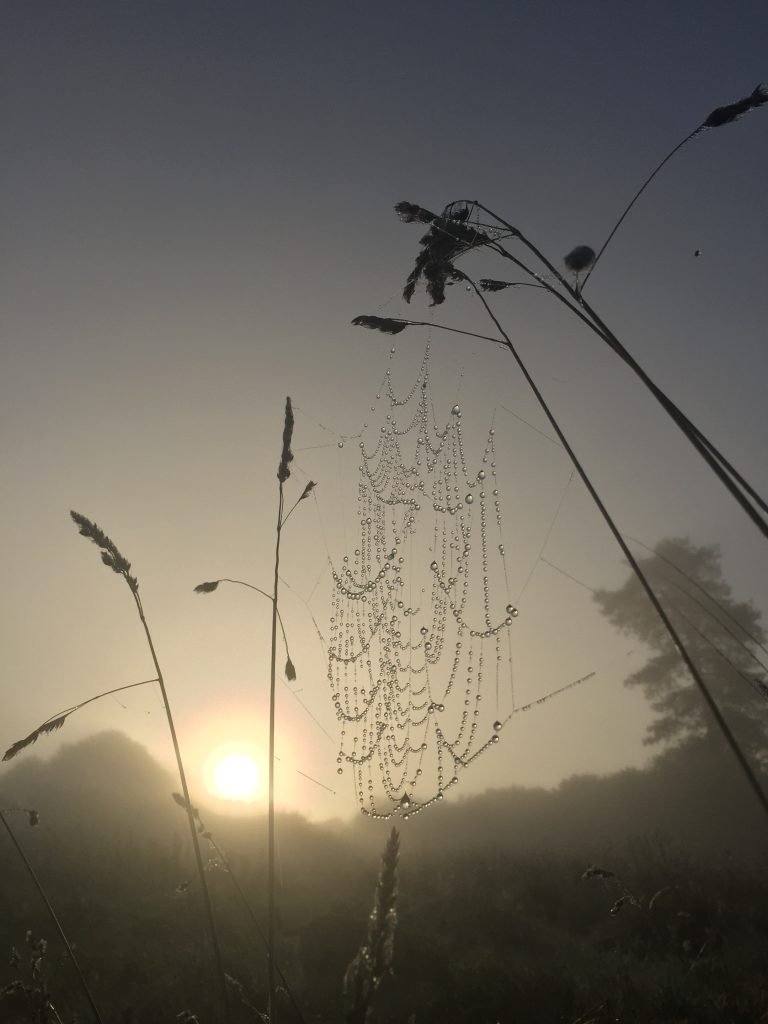 Beyond all that, I just think cobwebs look pretty cool.

Another autumnal thing I love to peer closely at and photograph with my phone: mushrooms. They are awesome. 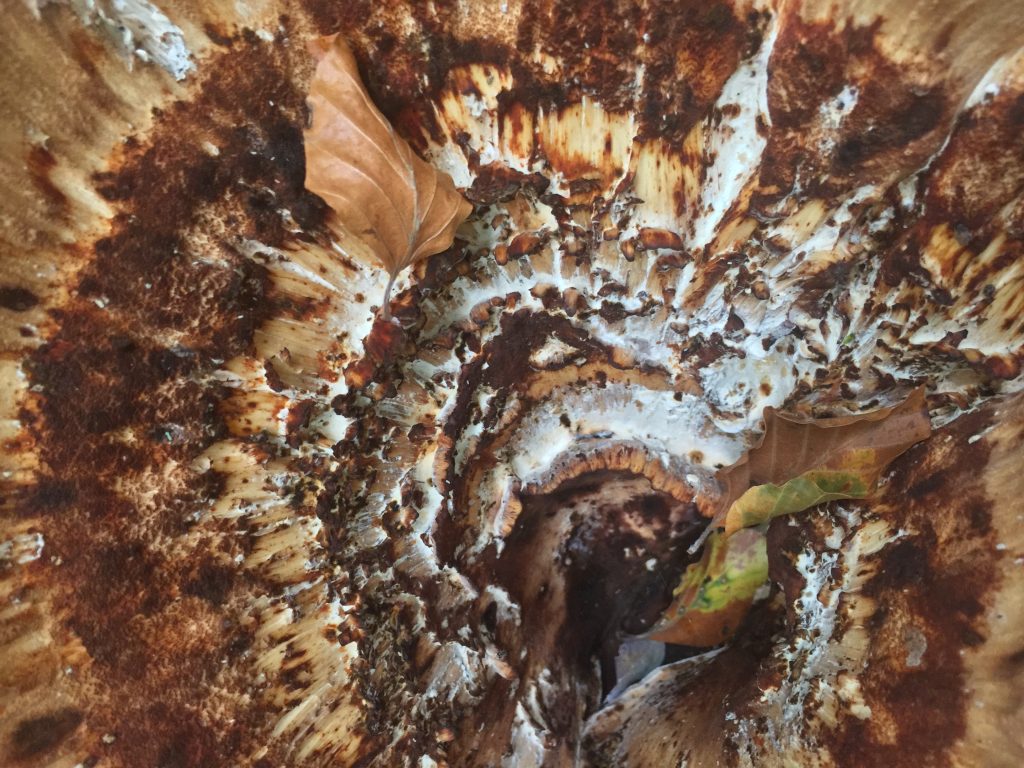 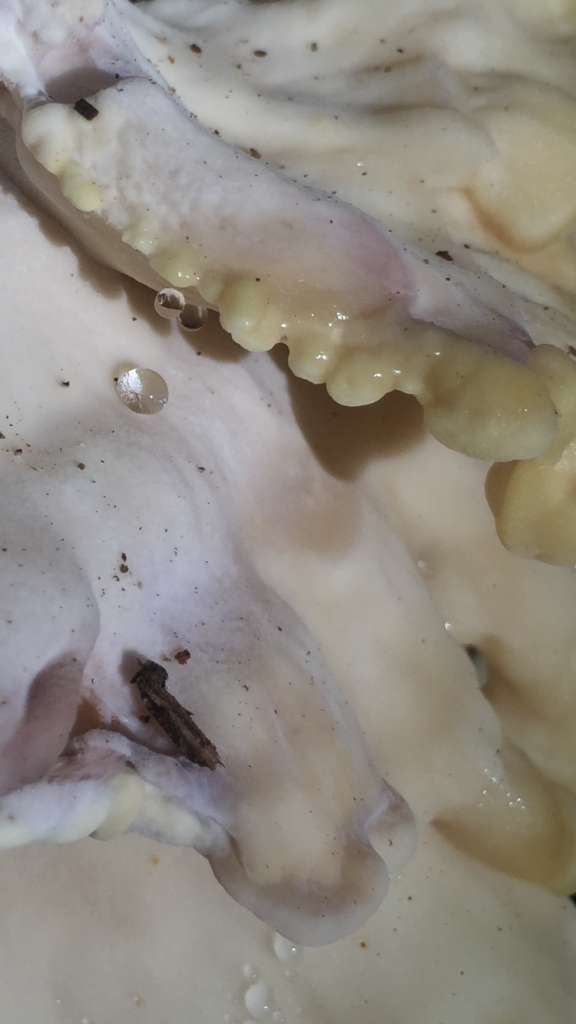 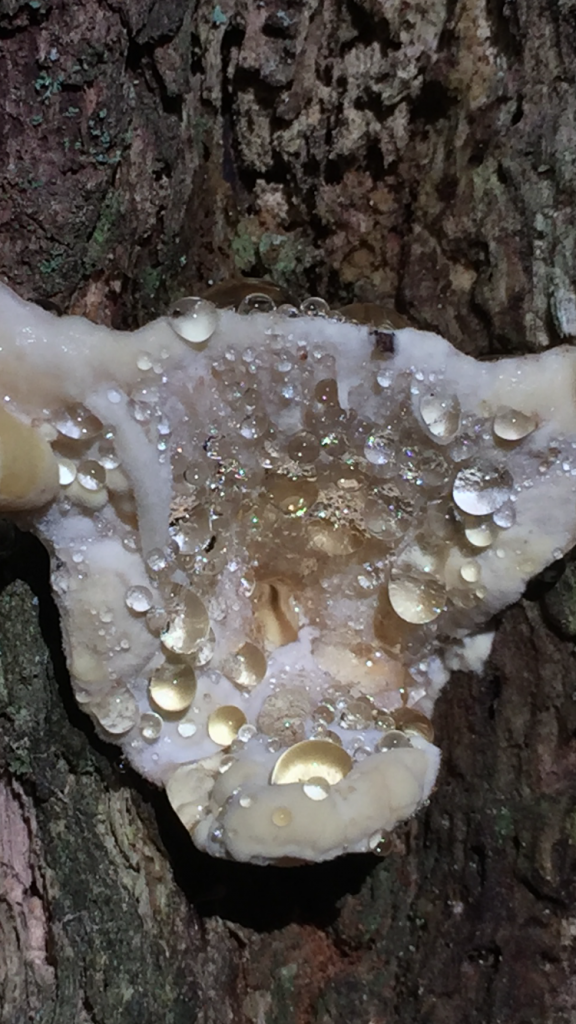 How dew and frost and water droplets cling to things: that is also amazing. In terms of pattern and design, nature is hard to beat. 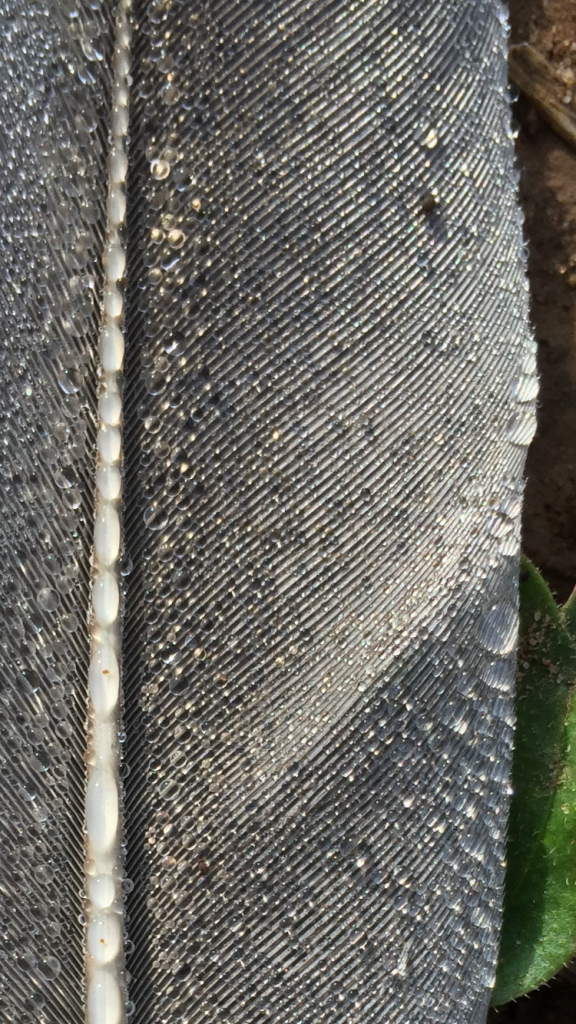 Morning dew clings to a feather.

Most obviously cool of late has been all the dreamy mist. One morning stroll renewed my love of the Garth, having not visited for a while. 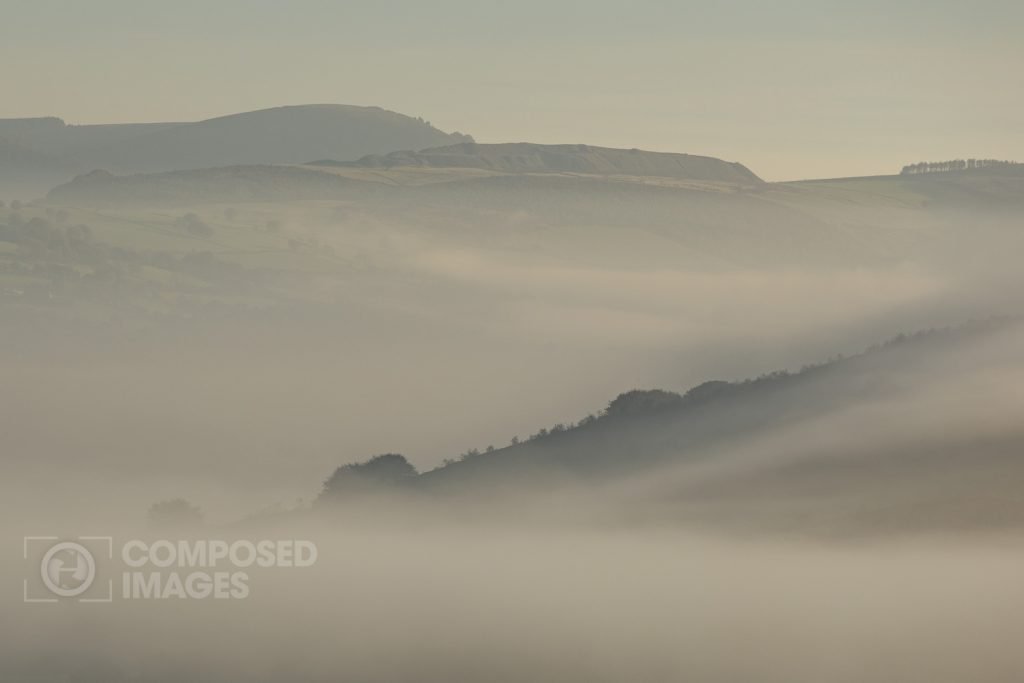 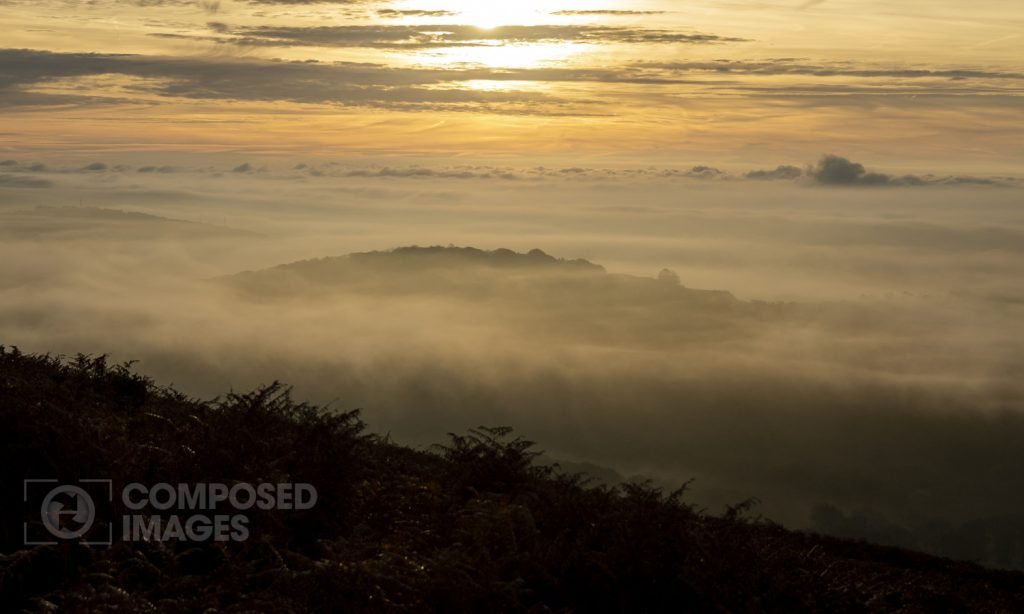 Pentyrch, Wales, UK, October 20th 2018. A bird sits on a cable as mist envelops the south Wales landscape beyond, Pentyrch near Cardiff. 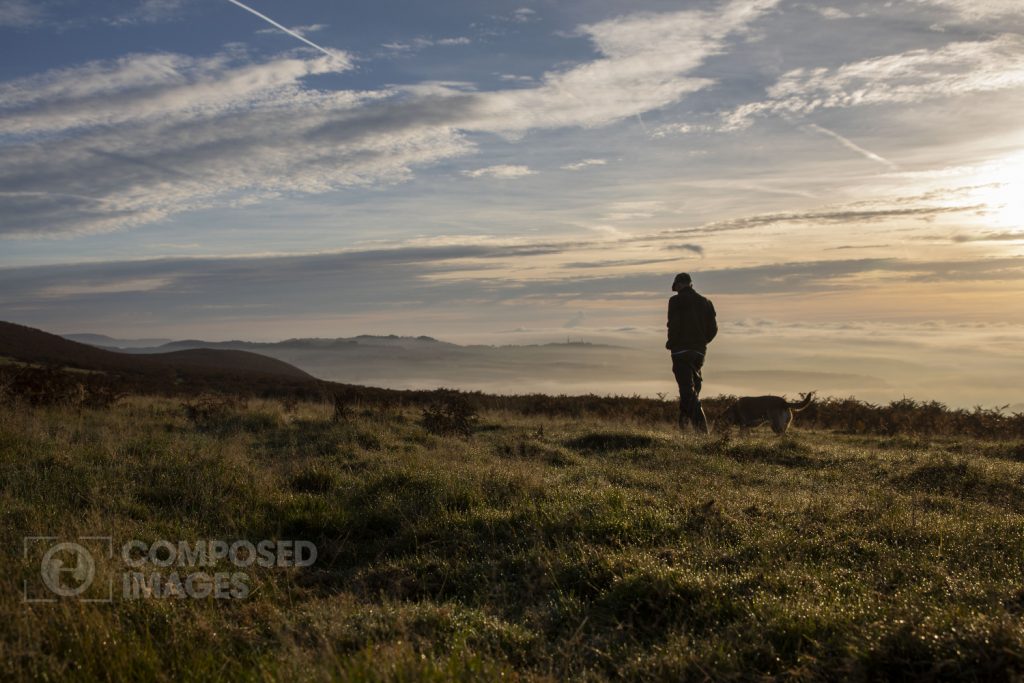 I love you autumn, please stay a while longer.

‘Canton & Pontcanna’ my new book about the two districts of Cardiff published by The History Press is available now through Amazon: http://www.amazon.co.uk/Canton-Pontcanna-Mark-Hawkins/dp/0750988142.