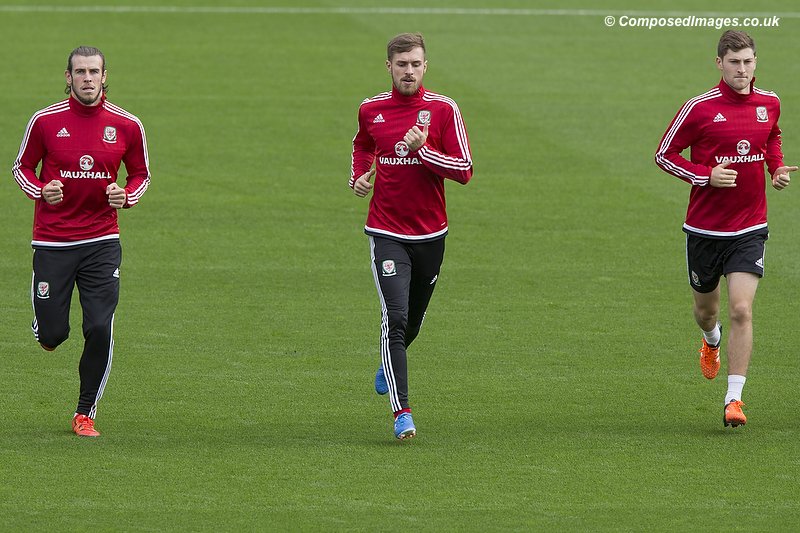 “You don’t have to be a world beater, you just do what you can.”

Next summer’s UEFA Euro 2016 in France is shaping up to be a unique football tournament of European giants as well as smaller, almost forgotten nations. 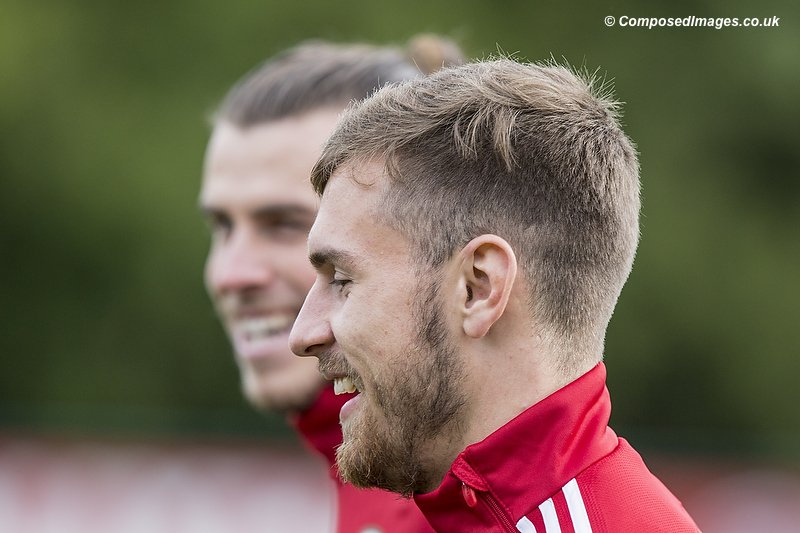 Wales currently stand on the brink of Euro 2016 qualification, a single point away from sealing their place with two games of qualifying to play. During a press conference on Wednesday this week, Wales footballers Chris Gunter, David Edwards and Hal Robson-Kanu appeared positive about their chances against Bosnia & Herzegovina on Saturday evening, then at home to Andorra on Tuesday. Wales have not qualified for a major tournament since 1958, and have barely come closer than this. 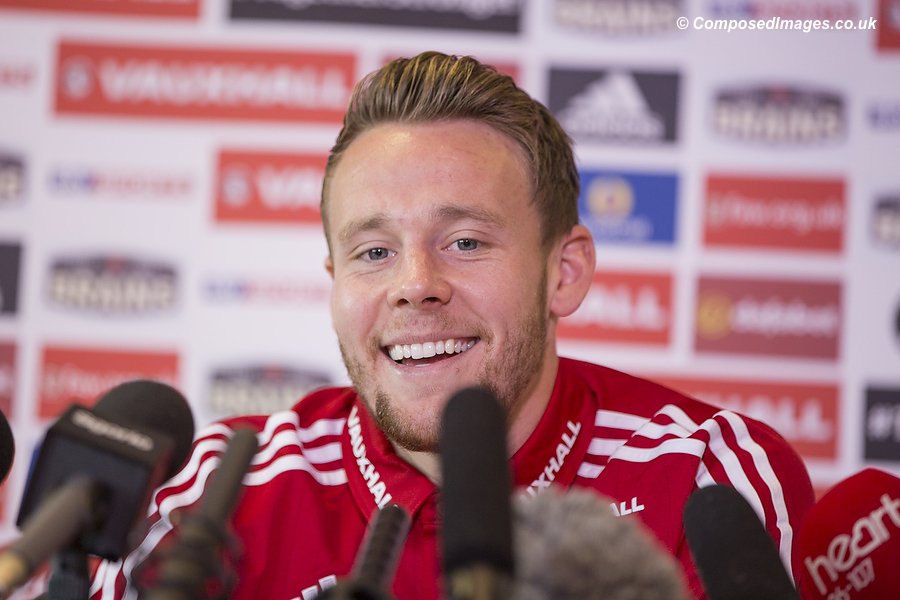 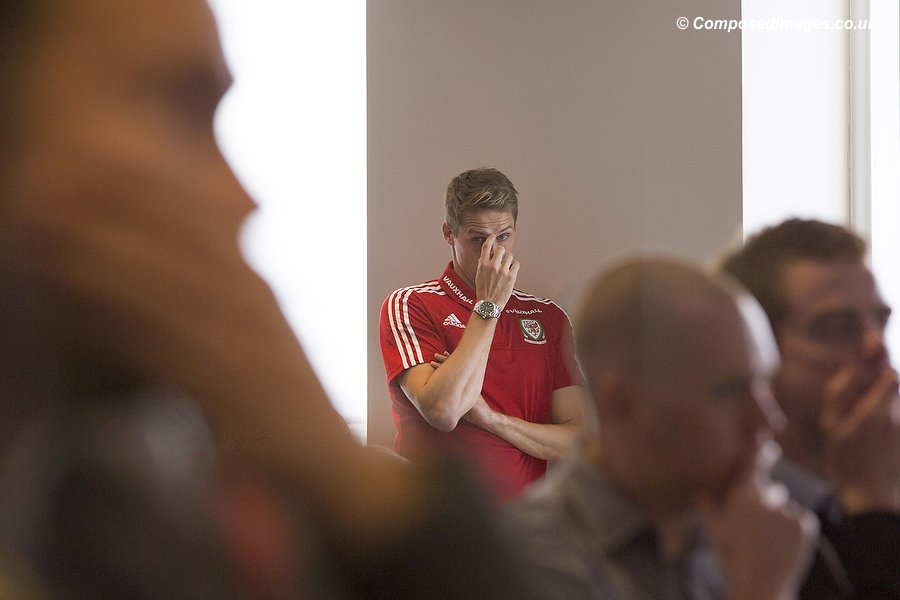 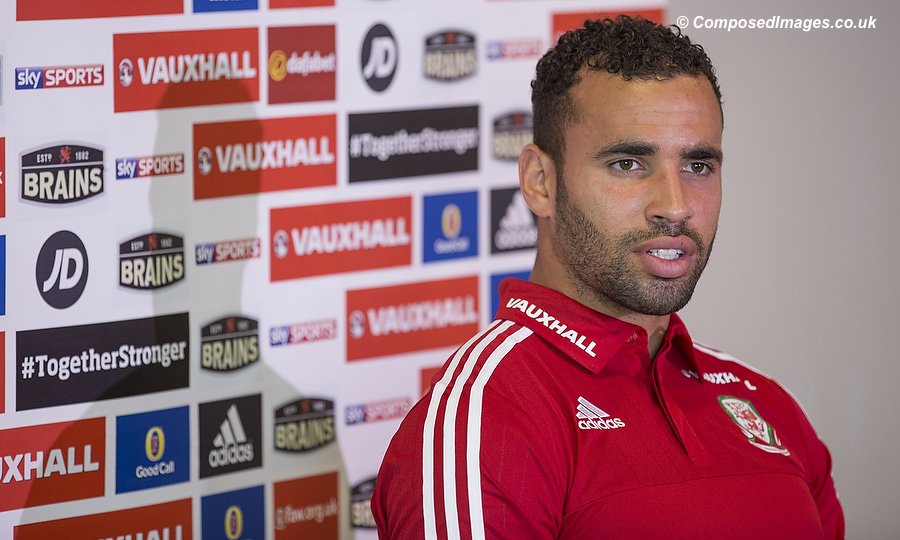 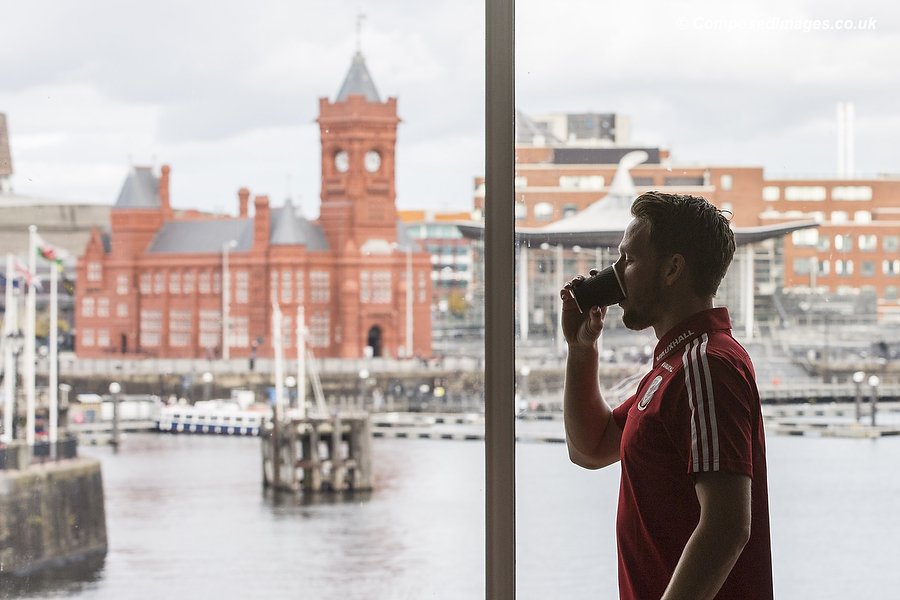 Chris Gunter of Wales takes a drink as he leaves a press conference at St David’s Hotel in Cardiff Bay, ahead of side’s final two Euro 2016 qualification matches against Bosnia and Andorra. Picture by Mark Hawkins / Composed Images

Other smaller countries have already qualified. Iceland made history by becoming the smallest nation ever to have qualified for the tournament. With an estimated population of around 329,000 people (roughly the population of Cardiff – the Welsh capital), this is an incredible achievement. Swansea City’s Iceland international Gylfi Sigurdsson commented in a recent match programme interview: “when I started playing for Iceland, we probably had one or two fans for away games, so to have 3,000 there (in Holland) was incredible”.

Footballing minnow Northern Ireland have also won qualification, beating Greece 3-1 on Thursday night to reach a tournament for the first time since 1986. This is arguably most remarkable given the side’s lack of any well known star players. Whereas Iceland have a well established, quality Premier League player in Sigurdsson, and Wales have the most expensive player in the world in Gareth Bale, as well as Arsenal’s Aaron Ramsey and Liverpool’s Joe Allen, even a keen Premier League follower might struggle to name a Northern Ireland player. 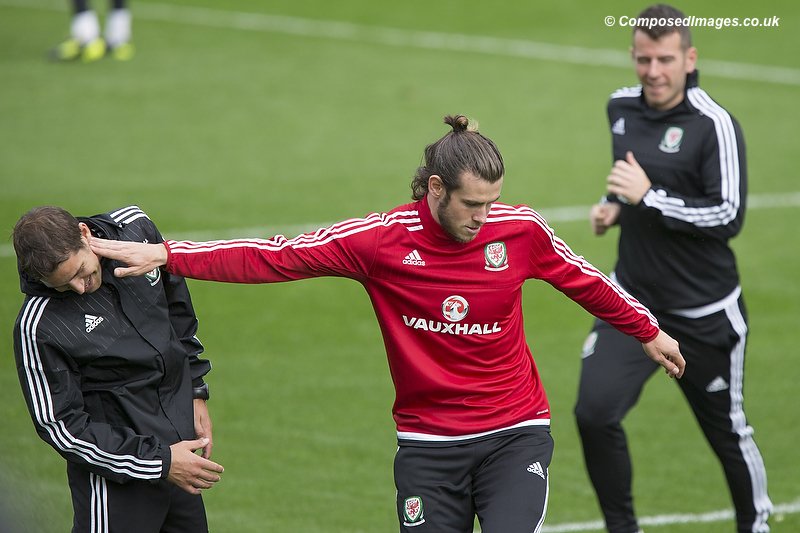 Northern Ireland manager Michael O’Neill’s uncontained joy after his side’s third goal was precious. Briefly squatting down in his technical area during a moment of private celebration, fists pumped, face red, it actually looked like he could explode with elation. These are the moments when you fall in love with the game again. Their opponents Greece were once underdogs who came through to win the most unlikely (as well as horribly dour, negative) victory by beating host nation Portugal in the final of Euro 2004, so who knows what lies ahead?

Meanwhile, the Republic of Ireland are still in with a shout of a play-off place to win qualification, having impressively beaten World champions Germany 1-0 in Dublin last night. Sadly for the home British nations, Scotland were knocked out after a last minute equaliser from Poland’s irrepressible striker Robert Lewandoski, surely in the form of his life and possibly the best forward in the world at the moment. The Scottish campaign has been creditable nonetheless, particularly in such a tough group.

International football success increasingly appears to be about the unit and cohesion of players, rather than the number of stars in a squad. Despite their flawless qualifying record this time around, you wonder how much of the England team’s constant failings at big tournaments is down to the absence of a clear unit. There is a constant chopping and changing of players, a state of permanent flux.  If fit, Joe Hart plays in goal and Wayne Rooney plays up front. Apart from that, is there really a spine?

It can benefit a squad when playing resources are slimmer across a smaller land. The spine of a team is more solid, everyone knows where they fit, players have played together for years and know each other well. This seems to be the case with Wales. Although, having an exceptional player like Gareth Bale in your ranks is always helpful.

A final word of congratulations must go to Northern Ireland for their qualification. I liked this quote from goalscorer last night Josh Magennis. “Michael (O’Neill, team manager) told me: ‘You don’t have to be a world beater, you just do what you can’.”

Amen to that, and good luck to the Wales Euro 2016 qualification bid over the next few days.

[…] always romantic stories. Some of them are fascinating, heartening and uplifting against-the-odds underdog tales – see Iceland and Northern Ireland. The tales of both are probably more remarkable than Wales, with their riches of Bale, Ramsey and […]