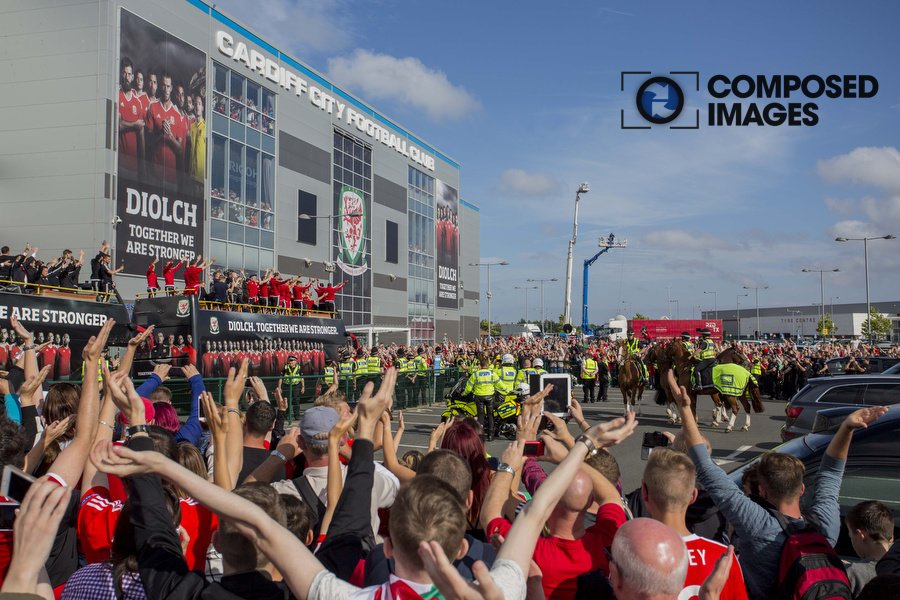 The 2016/17 football season is now dawning. Over the coming weeks, fans of Swansea, Cardiff, Newport, Wrexham will return to the weekly grind. Hope, elation, anger and despair: a gamut of emotions that typify being a fan. Football moves fast. It could be that the memory of those precious, delirious few weeks soon start to fade. Was it all a dream?

Back in June and July the Wales national football team stylishly rode a crest of success not seen for generations. The tournament was played out during a toxic and divisive time that saw the UK vote to leave the European Union. For some, Welsh footballing success in UEFA Euro 2016 briefly but brilliantly distracted from a wider anxiety, heartache and headache. Dragon flags were hung from balconies and vehicles, swathes of red shirted people proudly marched through the city centre, one safe subject on most people’s lips. People were bound together.

Everything felt transient and momentous during these weeks. Anything was possible. Glory was there to be seized and squeezed and savoured, because it might all disappear in an instant.

It wasn’t a dream. It really happened.

Viewed from the Welsh capital of Cardiff, you might have felt cut adrift from the atmosphere in France. 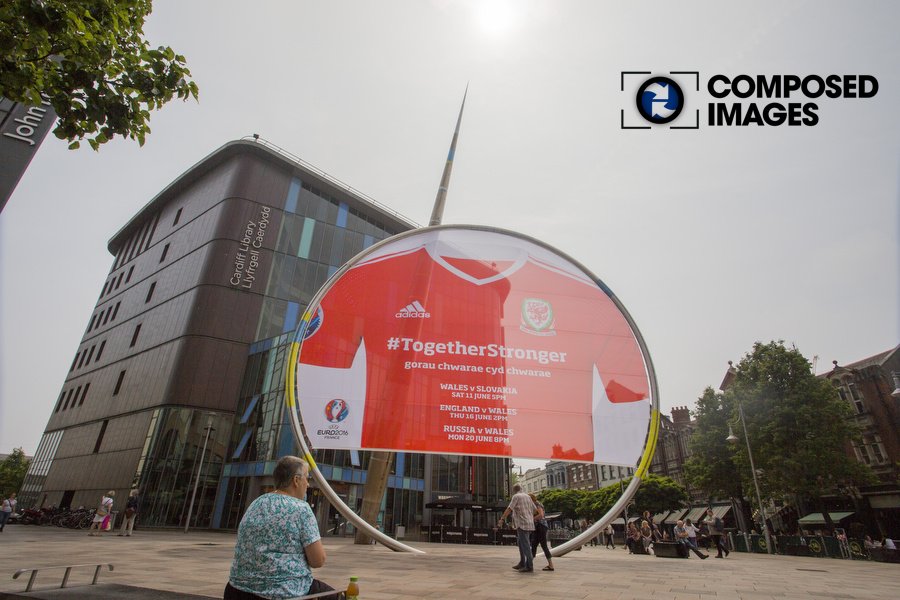 I felt that a little myself, having photographed almost all of Wales’ home matches for the last couple of years and occasionally shooting for the FAW’s photography provider. It might be a feeling shared by many players or other professionals who’d just missed the cut.

Being in Cardiff wasn’t the same as being in France, mixing with locals and other fans, experiencing the (apparently not brilliantly organised) travel, the sickening fan violence, as well as the feel and culture of different cities.

But it came a pretty close second. Cardiff Council should be applauded for swiftly organising a large and hugely popular Fanzone in Cooper’s Field behind Cardiff Castle for every match up to the quarter final. 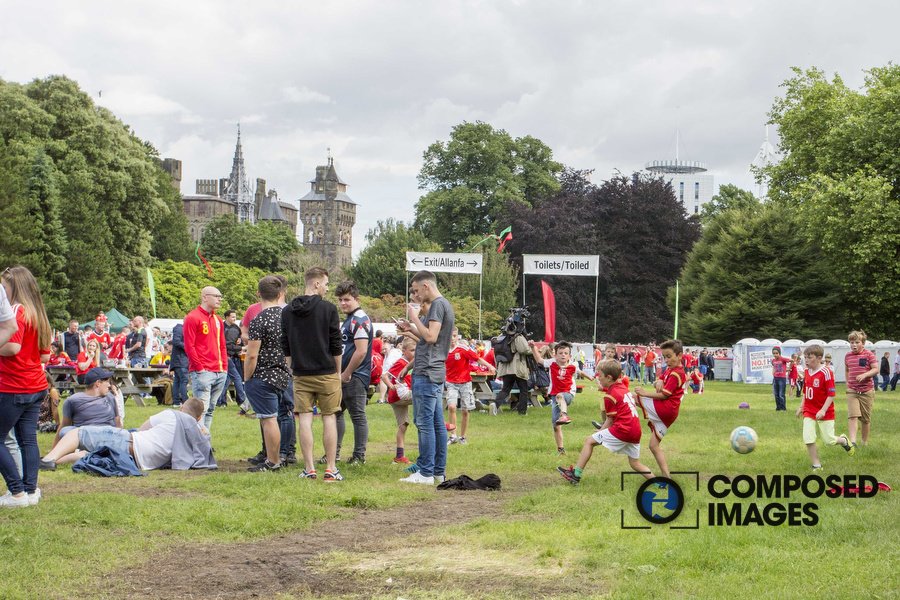 Ahead of the first match I took a stroll around the fanzone and city well before kick-off, wanting to retire to my sofa for the game itself. 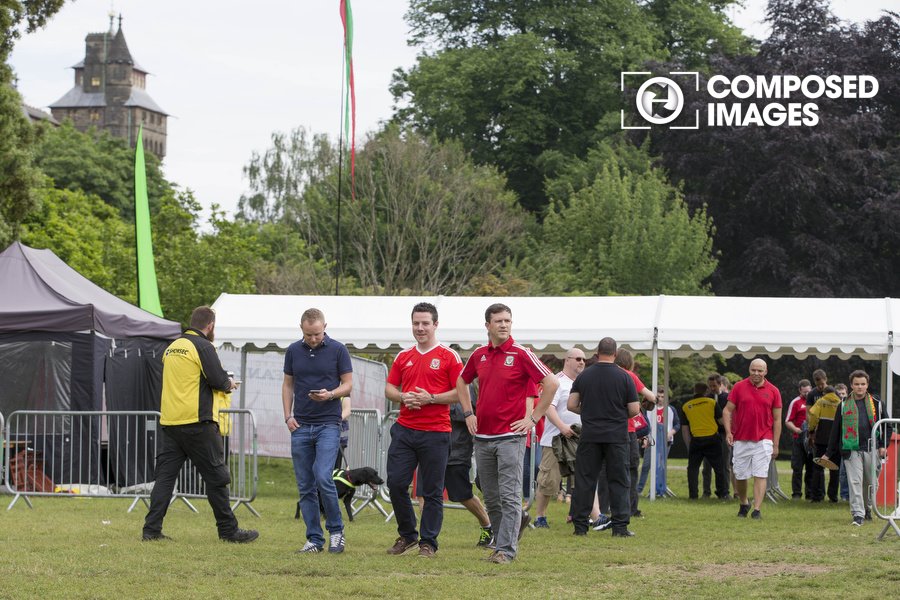 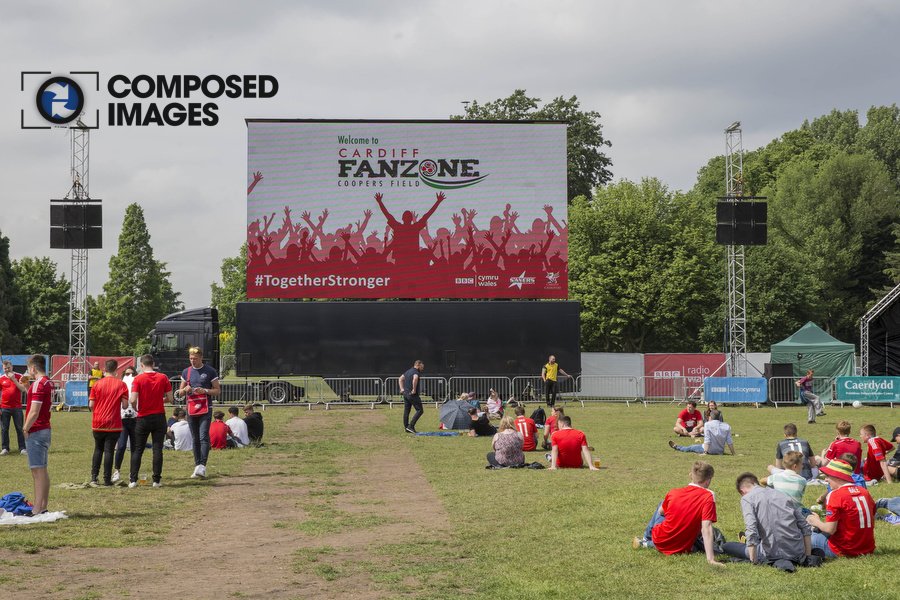 More detailed thoughts on the first games of England and Wales can be found here on Medium. These views didn’t change for the duration of the tournament.

During this match I was shooting a conference in a hotel in Cardiff Bay. The match was in its closing stages when I left through a lobby adjoining a packed bar of football-watchers. I switched off my phone and stuck my fingers in my ears to avoid accidentally learning anything about the match, somehow making it to my sofa and a recording of the match without learning the score.

An incredible match in which it all came together for Wales as they dominated a poor Russia side. I viewed it from home at the same time as England’s underwhelming performance against Slovakia.

Round of 16: Wales V Northern Ireland

This match was my first photographing from the dangerous media area under the big screen of Cardiff’s fanzone. Missiles were hurled forward from the huge crowd: flares, pints of beer, flags, inflatable footballs. Trying to dodge all of them felt like a 1980s’ computer game. 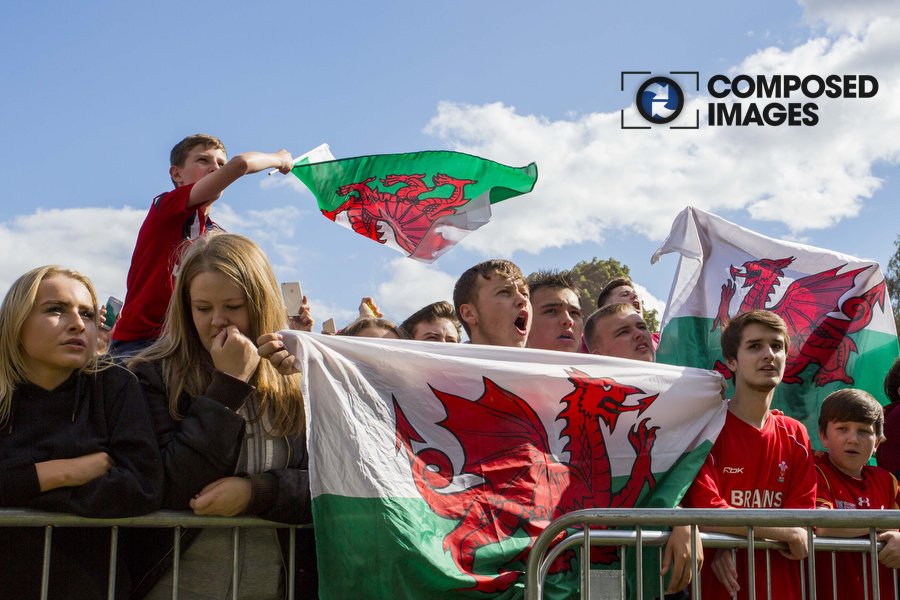 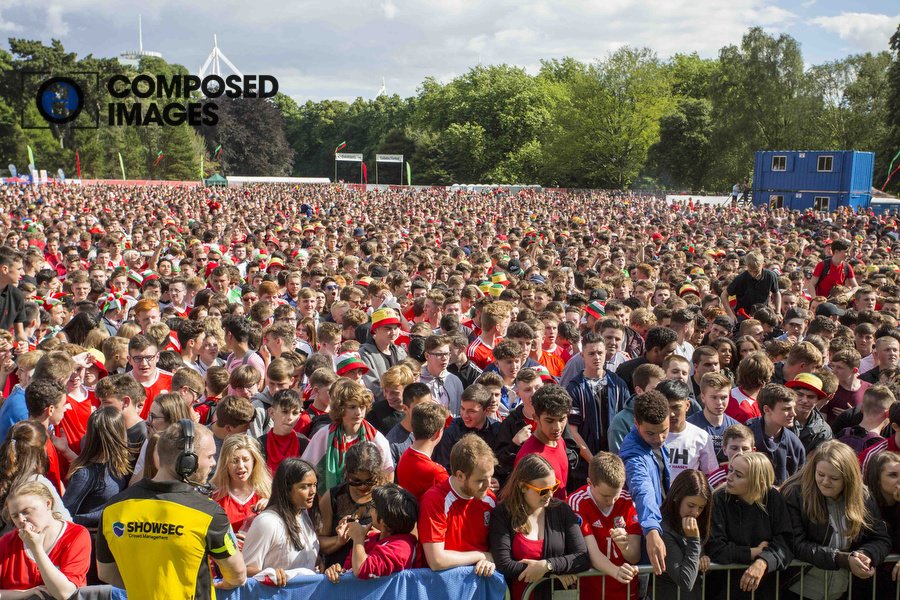 Covering an evening corporate event at Cardiff City Stadium meant I had to leave at half time of a tense and scruffy game. 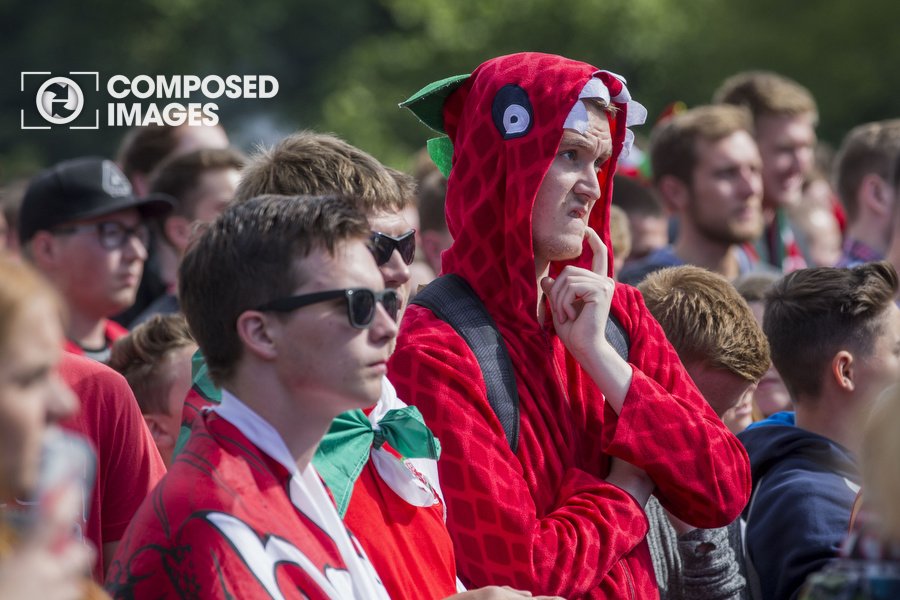 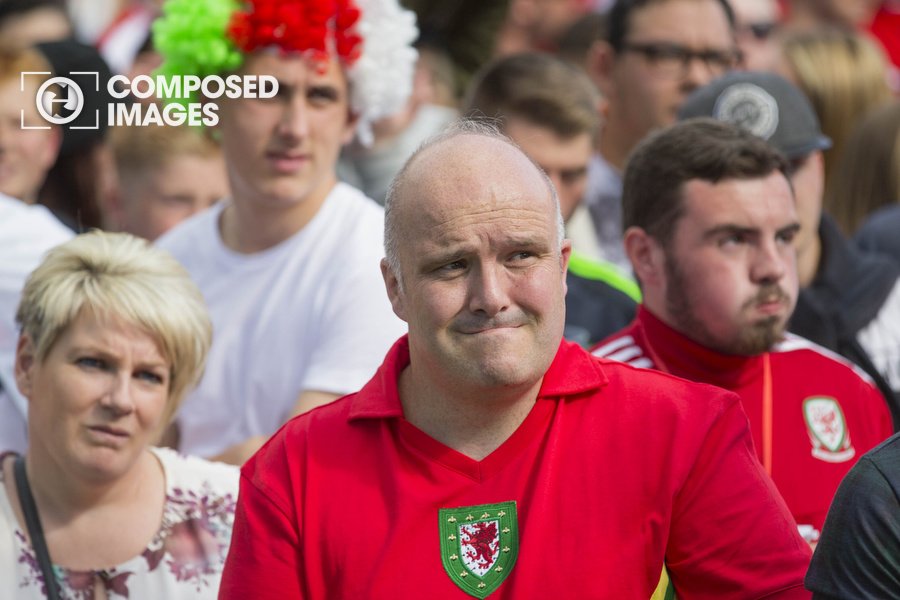 But leaving offered a view of the people straining to get an angle on the screen from outside the gates of the full to capacity crowd. 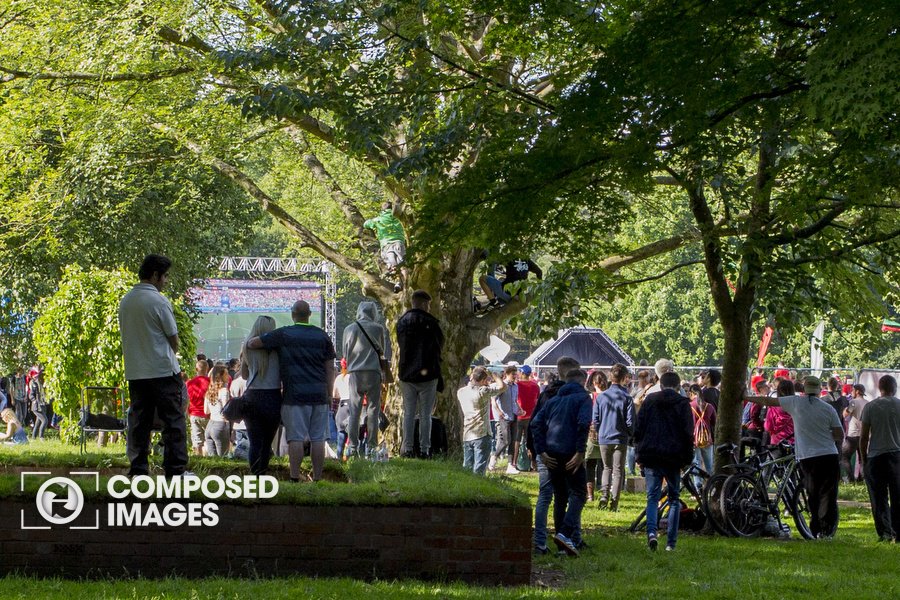 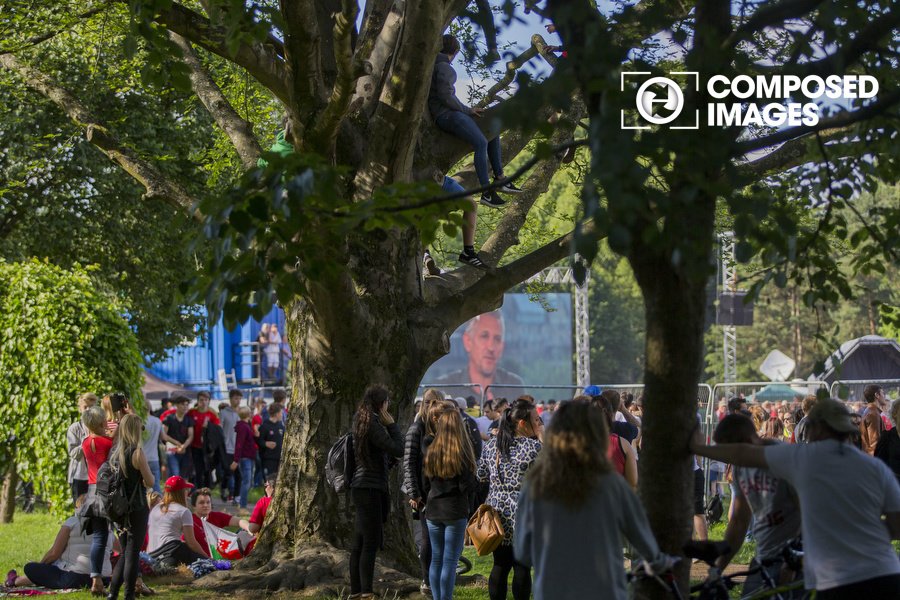 This was the match that defined the Wales Euro 2016 experience, the maximum high. I had photographed the memorable 1-0 Wales victory over Belgium in qualification, but most were unsure if that could be repeated. Belgium appeared to be finding form at the right time. 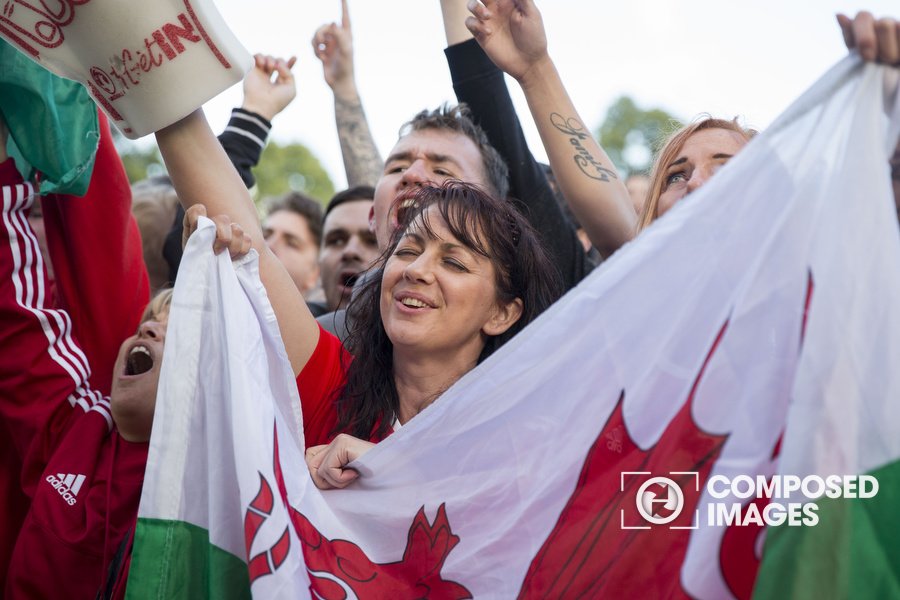 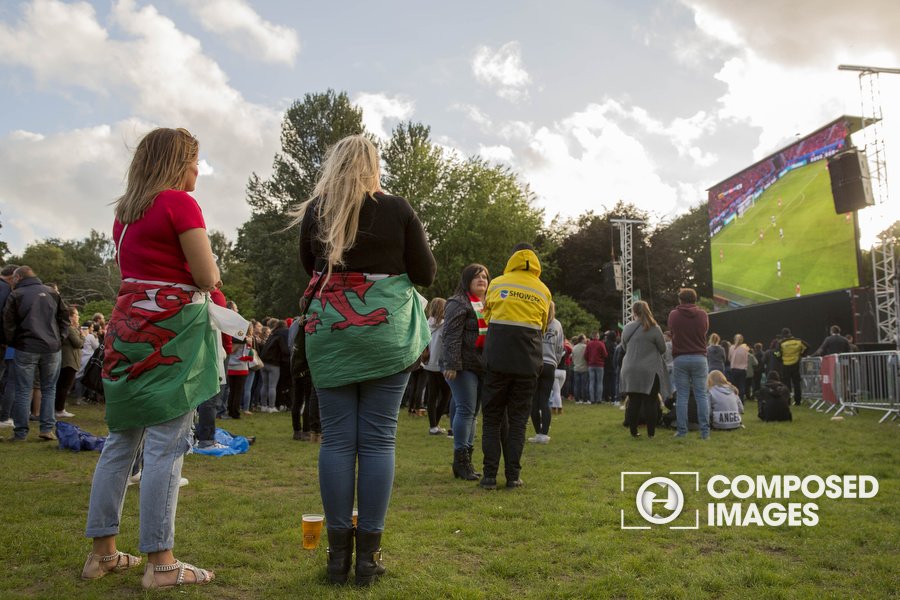 Again I photographed from beneath an improved screen, as well as roving here and there, but this time I was committed for the duration of the match. There was guaranteed agony or ecstasy from the fans. Especially from the hardcore fans who had positioned themselves front and centre. In so doing, you knew they were probably amongst the most passionate of an extremely passionate number of fans, making the best pictures. 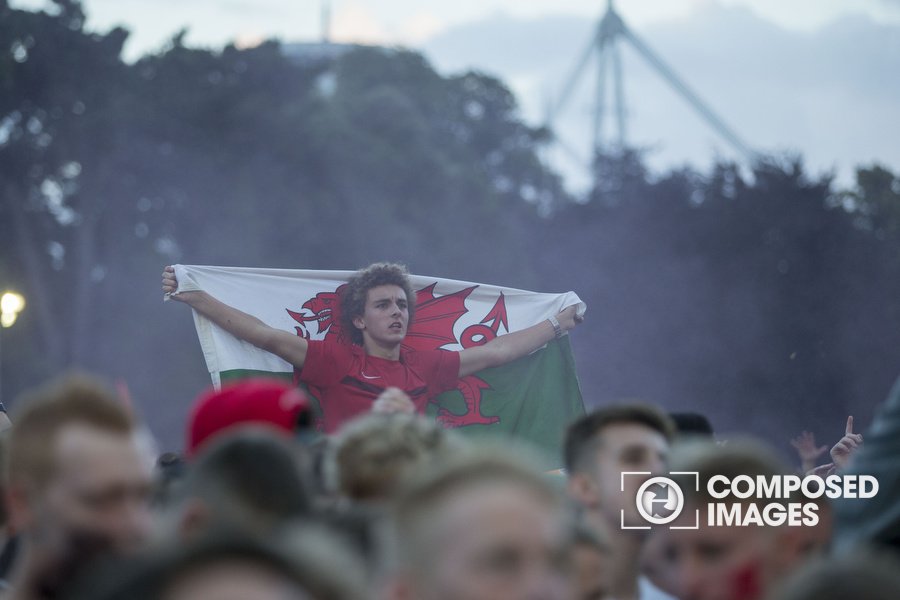 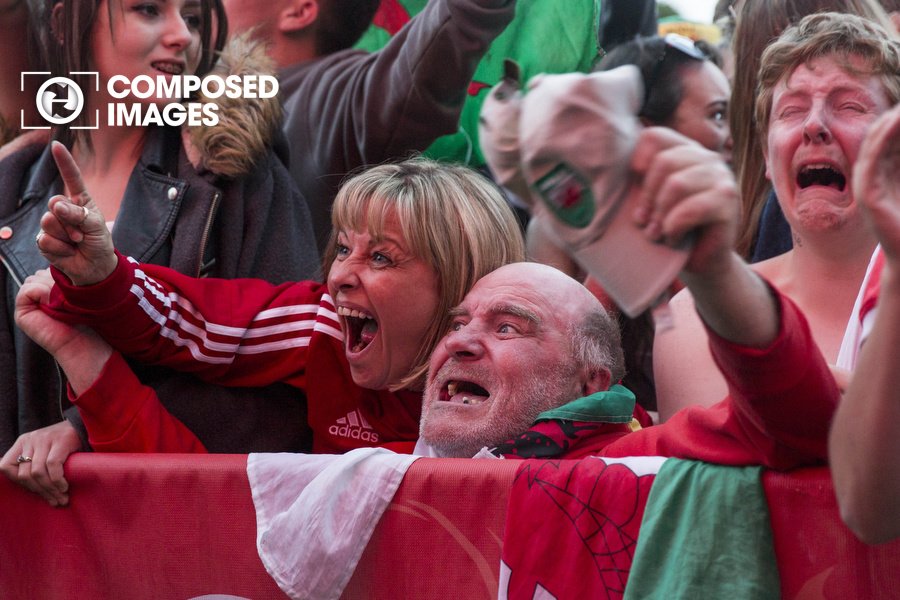 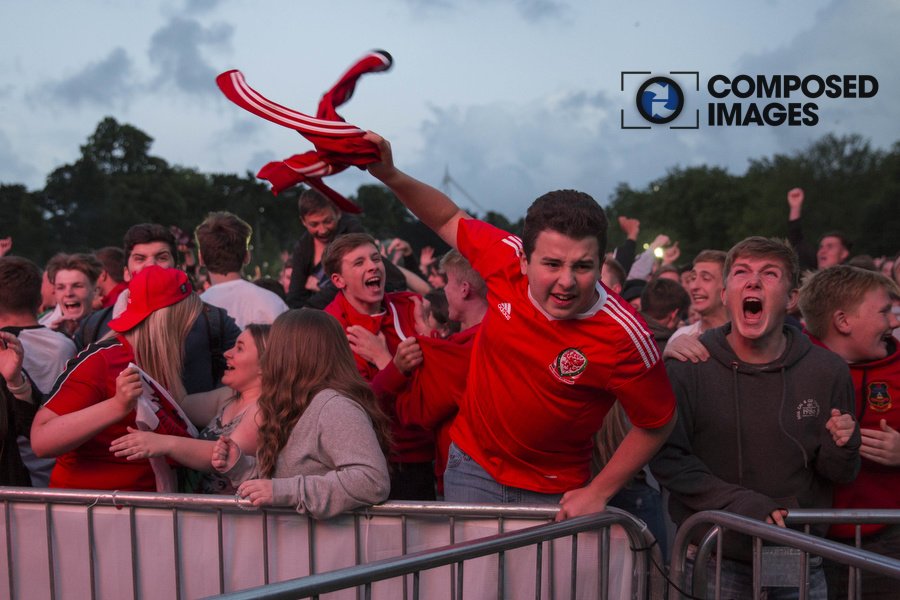 Predictably billed as the battle between Gareth Bale and his Real Madrid club mate Cristiano Ronaldo, this match was not in the least feared.  Wales had performed with significantly greater distinction than Portugal throughout the tournament. The quarter final had left belief sky high and anything was now possible. Although the absence of key midfield man Aaron Ramsey made it an even bigger challenge.

Cardiff Council collaborated with the Principality Stadium to switch the fanzone to the iconic city centre arena, where next season’s UEFA Champions League Final will be staged. This match saw me shooting on a commission for Vice Magazine.

Fans packed the streets as you’d expect for the open top bus celebrations around the city. There were dissenting voices, many of them English, about Wales not having won anything. 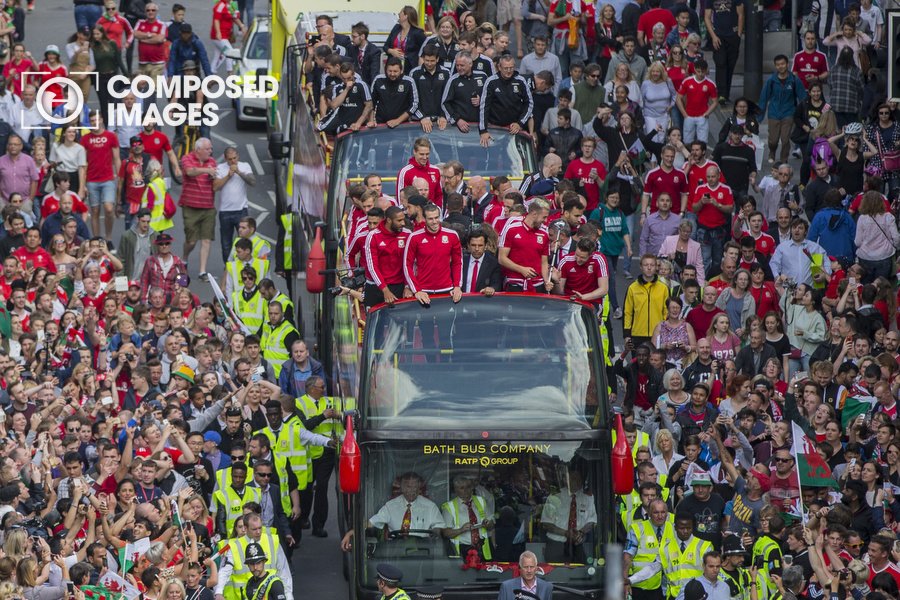 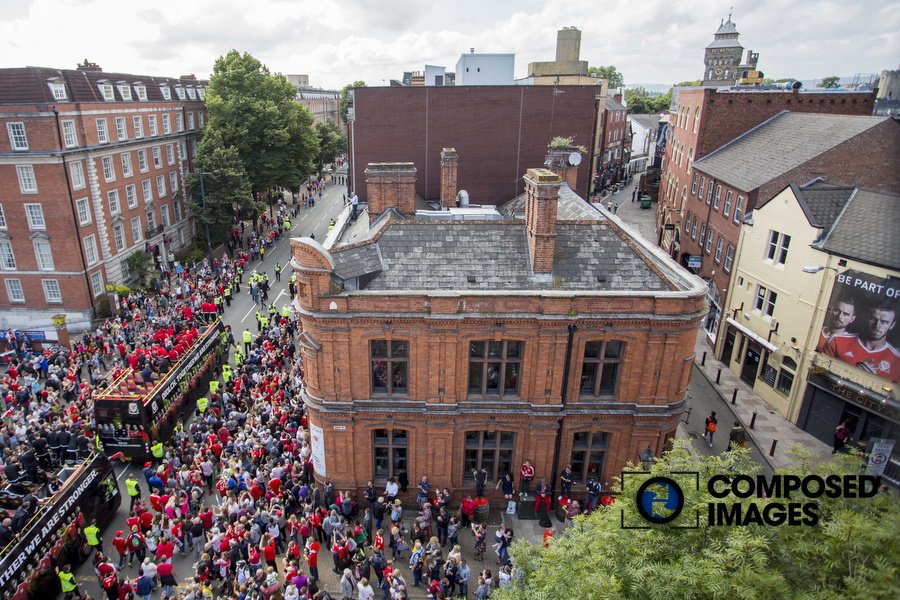 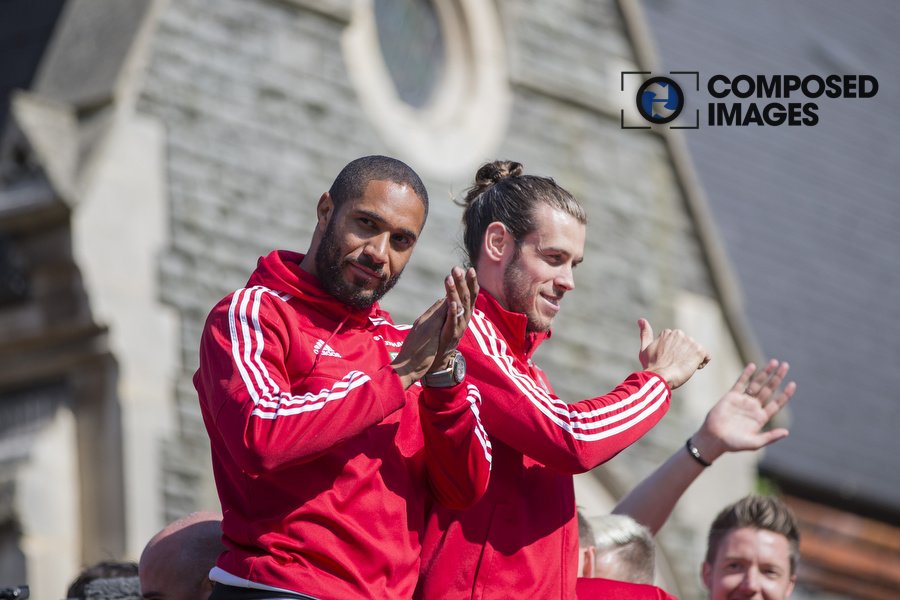 In response to the question ‘what did Wales win?’ you could reasonably answer ‘the hearts of every fan (and many non-fans) in Wales, the respect of fans across the continent and the world, and several more football matches than England.’ 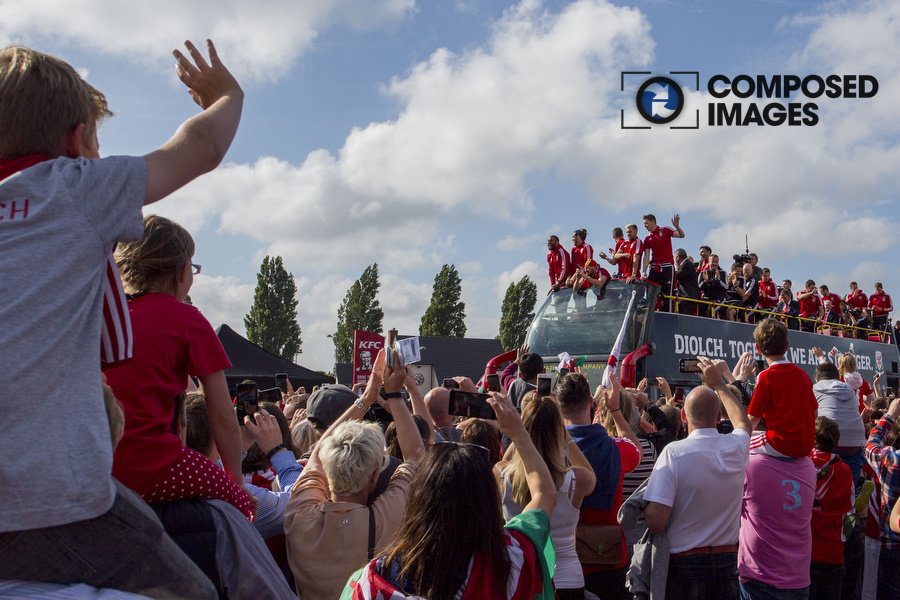 Wales’ Euro 2016 from Cardiff was almost as memorable as it was from France.