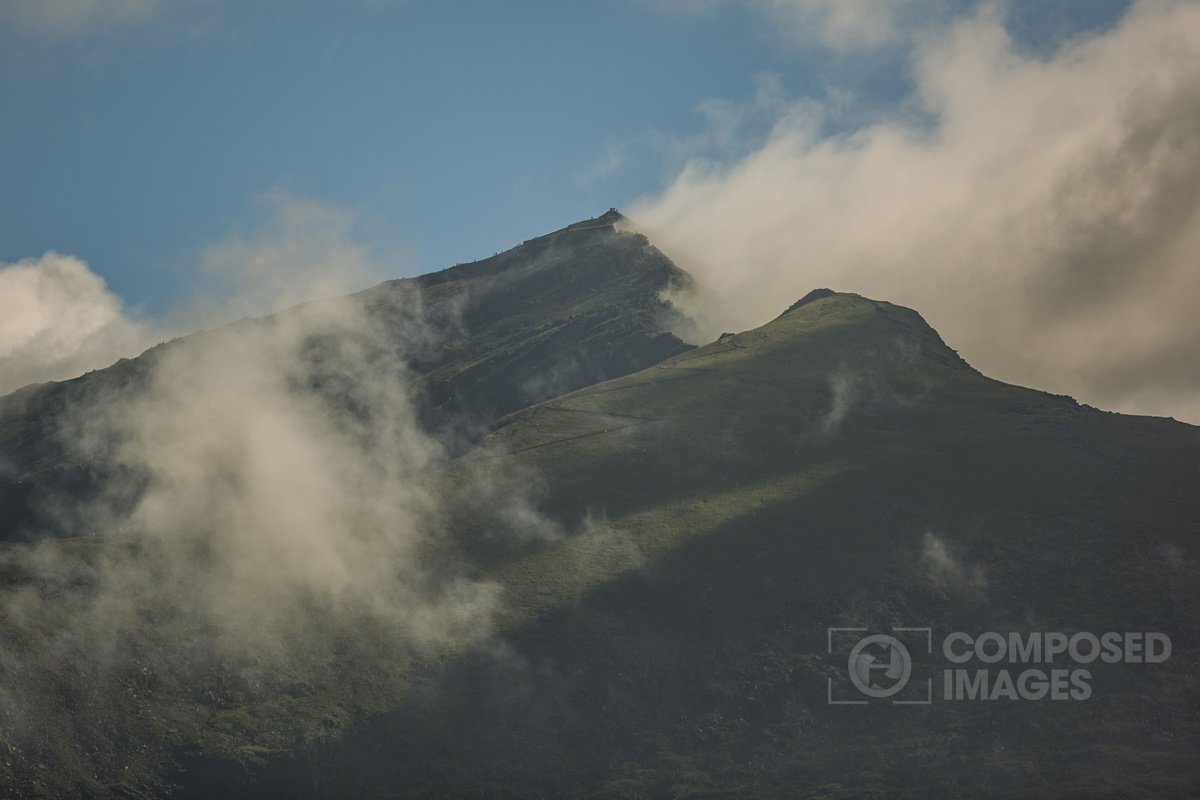 Waking up to see Mount Snowdon through the window of your cabin feels pretty good for the soul.

Our little wooden space near Beddgelert campsite was nestled into a hillside surrounded by trails and tracks. Its position next to a large field proved a heavenly back garden for Tal, our young labrador. The owner’s website was sensibly named ‘Snowdon Vista’. 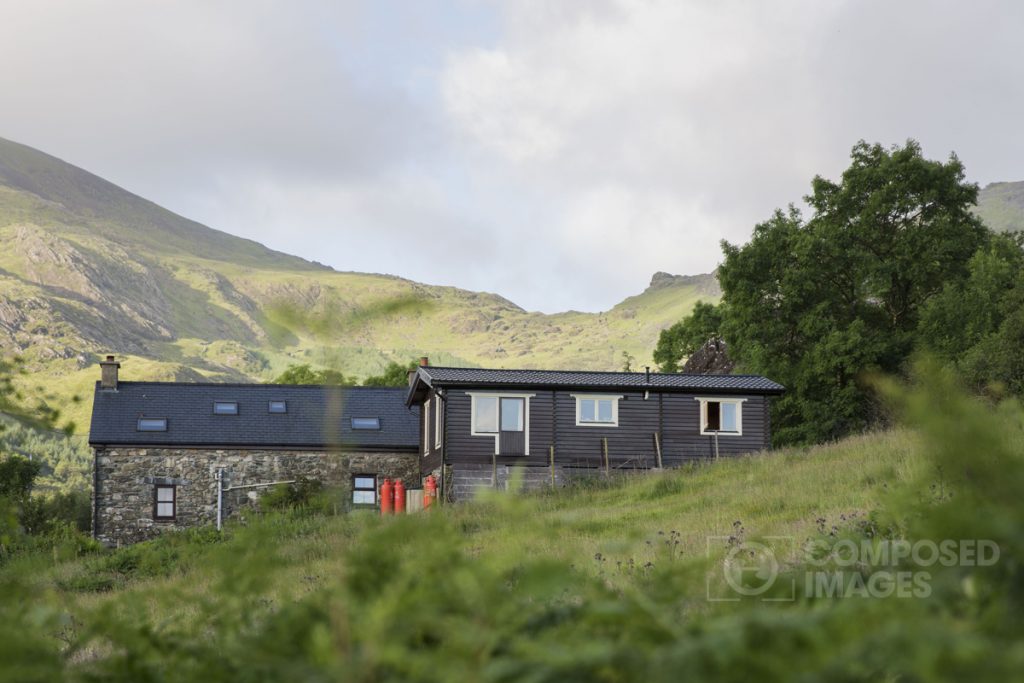 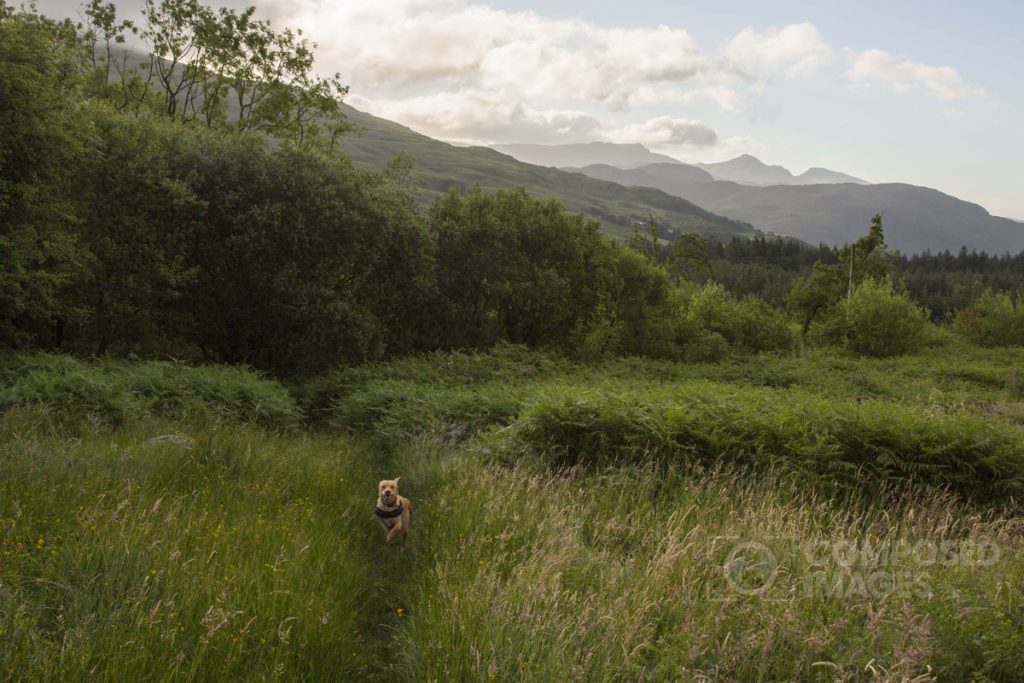 From most windows you are afforded ridiculously good views, views which you feel sort of fraudulent for not having worked to see. Views that make you feel almost royal when gazing upon them from bed. 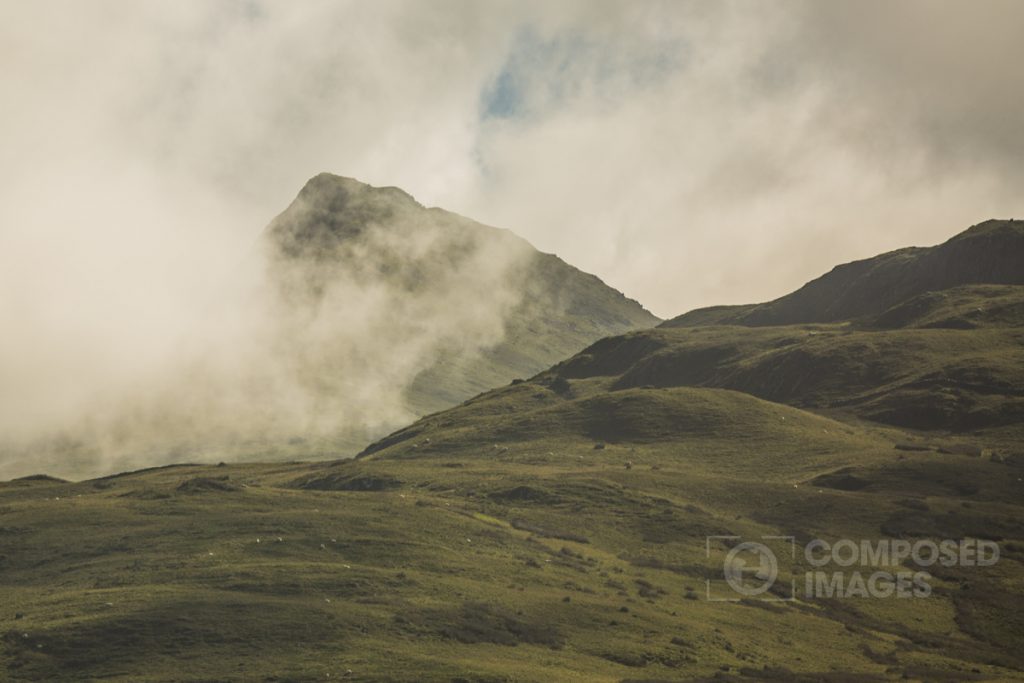 Taken from the bedroom window

Mount Snowdon is the highest peak in Wales and England, the highest point in the British Isles, south of the majestic Scottish Highlands. 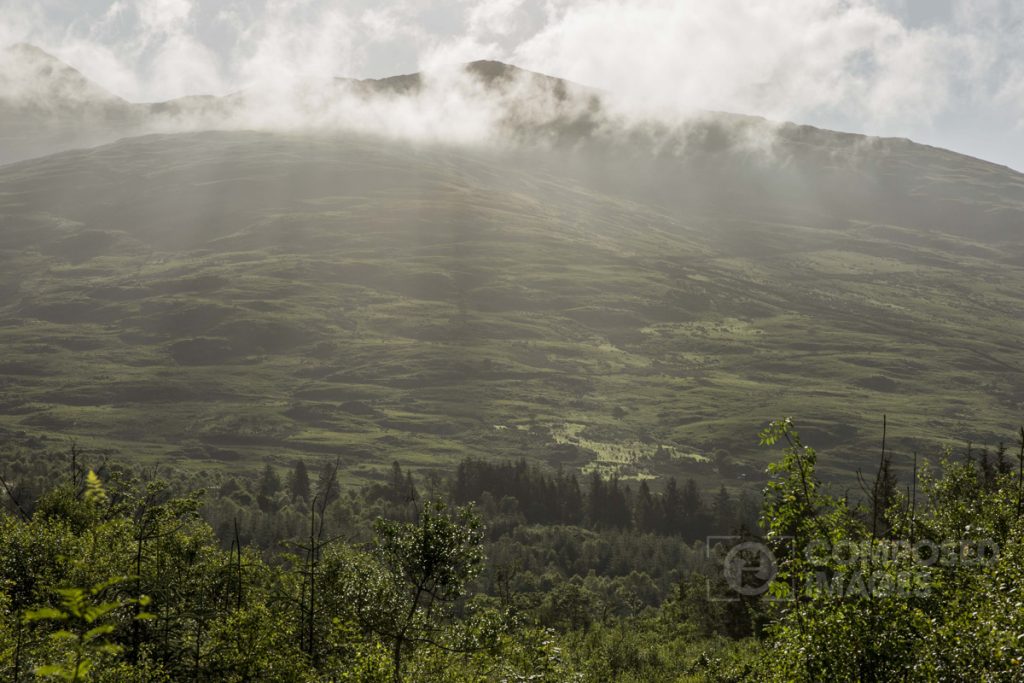 Snowdon is based in Snowdonia National Park, Gwynedd, North Wales. Said to be the busiest mountain in the UK and the third most visited attraction in Wales, with 582,000 visiting every year.

Most of the time you can’t actually see the peak of Snowdon. Being so high and the weather so unsettled, it’s commonly shrouded in dense cloud, shyly draped in whisps of white which swirl around the peaks, adding to a sense of atmosphere and drama. They scud along the landscapes, variously obscuring and revealing the rugged terrain.

On a clear day, from the summit you can see Pembrokeshire in south west Wales, the Isle of Man in the Irish Sea between England and Ireland, and Ireland itself.

You can reach the summit of Snowdon via a number of paths. Depending on which paths you opt for, people say to give yourself around three hours to get up, and two to get back. Although you can also cheat and take the scenic Snowdon Mountain Railway, a rack railway opened in 1896. This carries passengers in some style the 4.7 miles from Llanberis to the station at the top of the mountain, where you’ll also find a café open when the train is running. 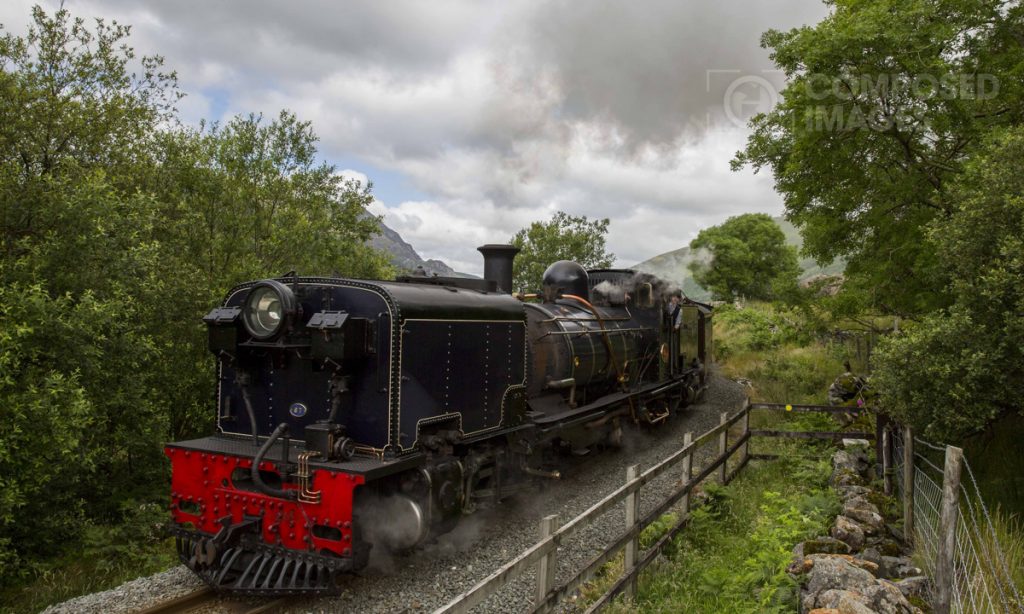 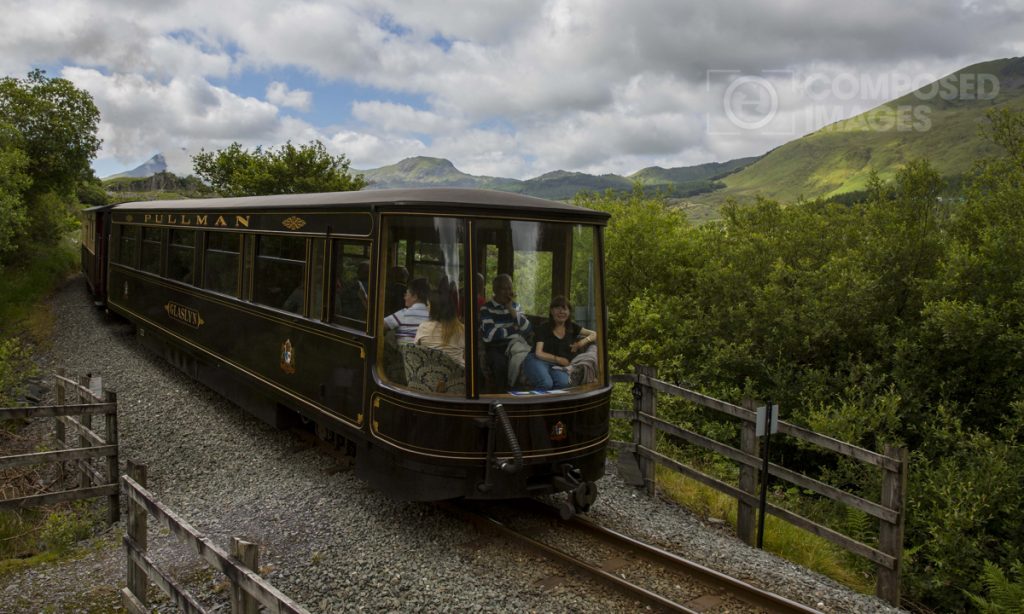 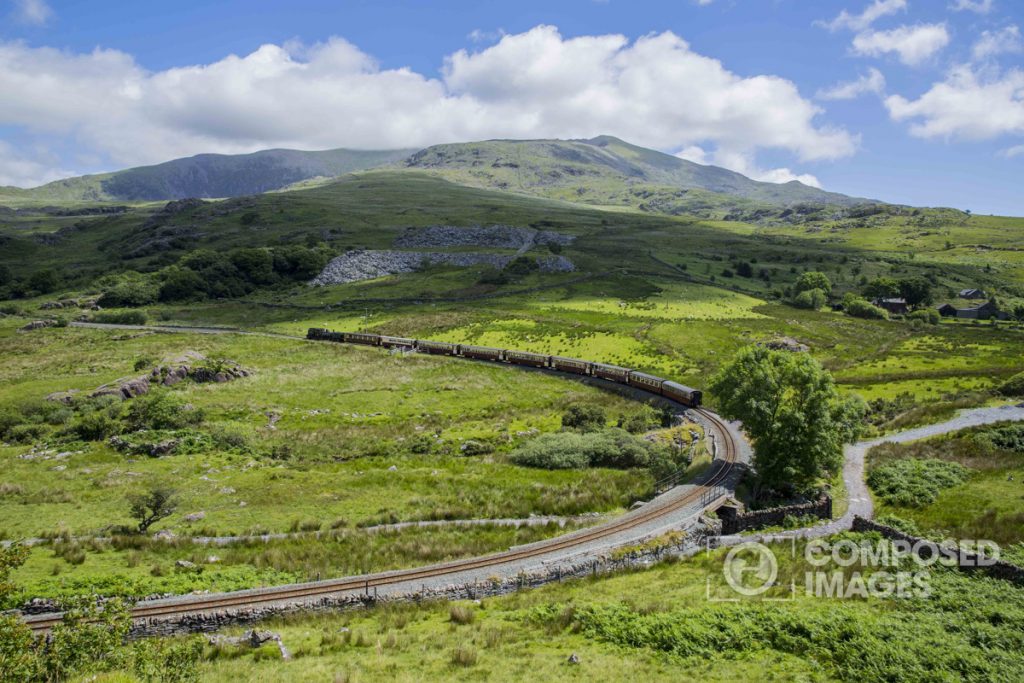 There are Welsh and English names for Snowdon, with the English being rather more simplistic. According to Wikipedia, ‘Snowdon’ is derived from the Old English for “snow hill”. You might have worked that out on your own. But the Welsh name ‘Yr Wyddfa’ apparently means “the tumulus”, which may refer to the cairn thrown over legendary giant Rhitta Gawr after his defeat by King Arthur. You might not have worked that one out. Or maybe you would. Who am I to assume?

As well as other figures from Arthurian legend, the mountain is linked to a legendary water monster and the Tylwyth Teg (fairies).  Such tales and fables are also told of the Isle of Skye and the Scottish Highlands, which makes me wonder if it was a popular form of local entertainment to spin such elaborate yarns. Unless they are true, of course…  Big thanks to Wikipedia for this information.

We didn’t venture to the summit on our recent trip. It was only a day or two since the dog had been liberated from boringly careful 10 minute walks on the lead after being spayed – a major operation. So we thought it a risky leap to go from boring 10 minute lead walks one day to a five hour expedition the next. She didn’t agree. Given the busyness of the trails and the livestock around, we also thought it might be a more enjoyable hike with a more mature dog. She didn’t agree with that either. 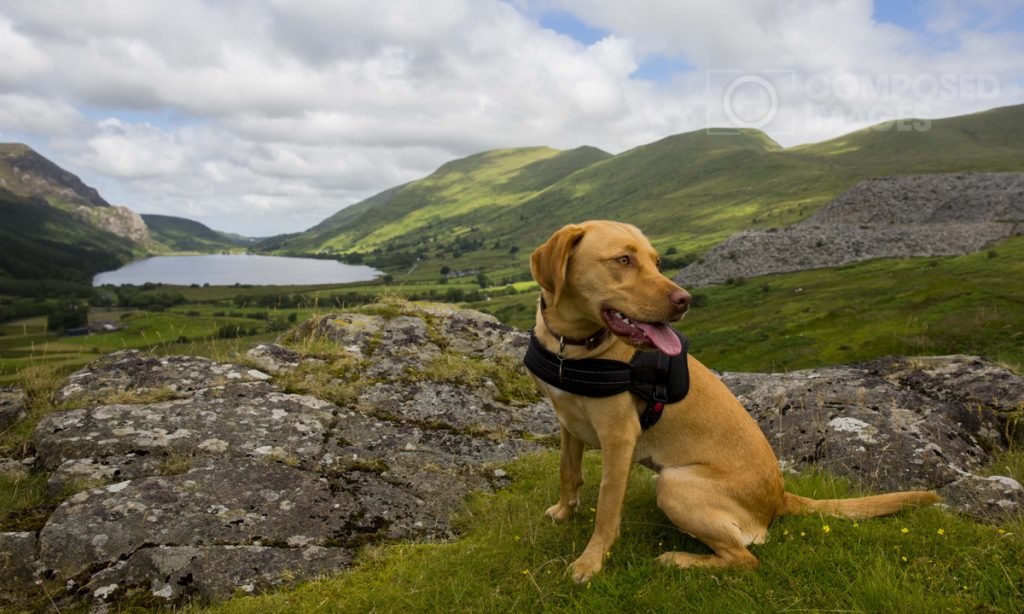 Instead we skirted around the lower tracks near Rhyd Du, a short distance down the road from our cabin in Beddgelert, and the tracks around Beddgelert Forest, a well-managed area of tracks and trails offering views of Snowdon and the surrounding area. Nowhere in Snowdonia is unattractive. 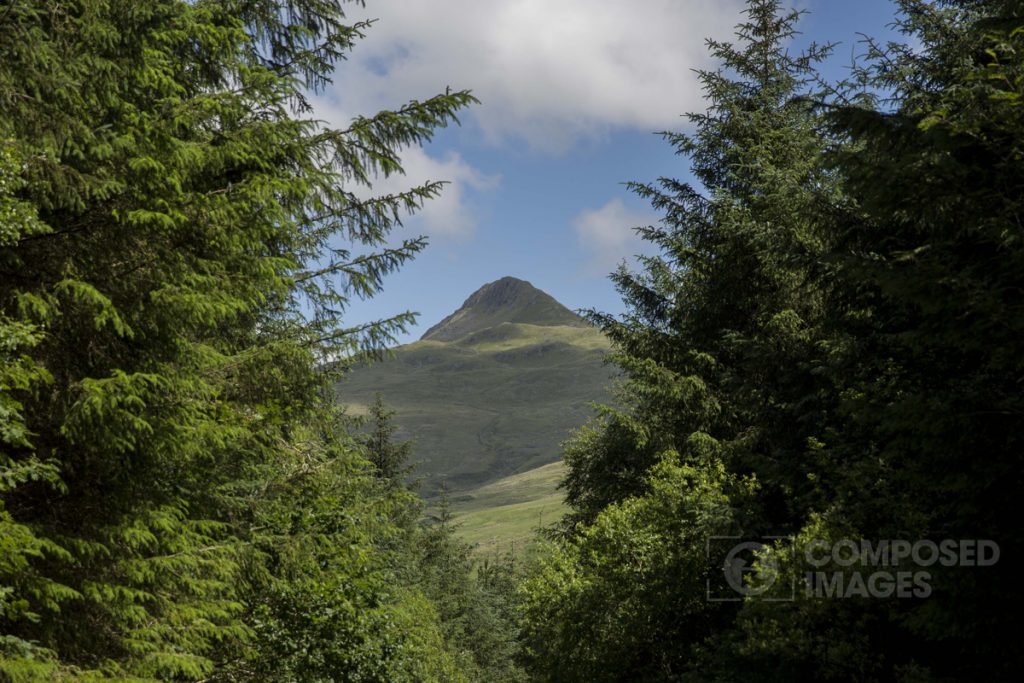 Beddgelert itself is a pretty village with a good amount of hotels, B&Bs and other facilities for tourists. 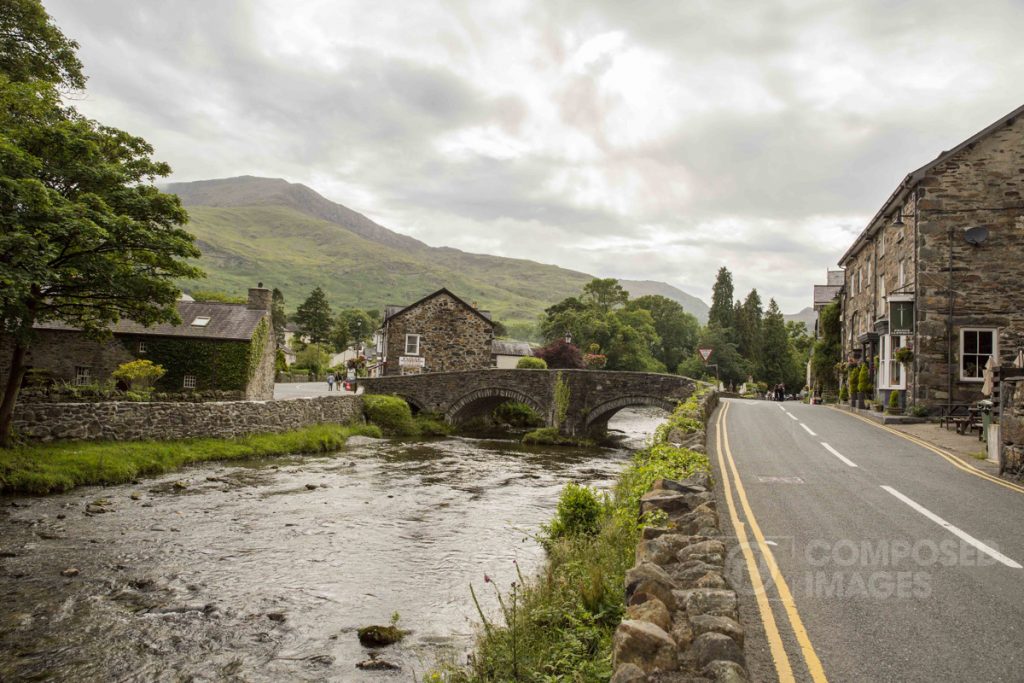 It’s home to a famous story, from which it takes its name. The story, as written on the tombstone, reads:

“In the 13th century Llewelyn, prince of North Wales, had a palace at Beddgelert. One day he went hunting without Gelert, ‘The Faithful Hound’, who was unaccountably absent.

On Llewelyn’s return the truant, stained and smeared with blood, joyfully sprang to meet his master. The prince alarmed hastened to find his son, and saw the infant’s cot empty, the bedclothes and floor covered with blood.

The frantic father plunged his sword into the hound’s side, thinking it had killed his heir. The dog’s dying yell was answered by a child’s cry.

Llewelyn searched and discovered his boy unharmed, but nearby lay the body of a mighty wolf which Gelert had slain. The prince filled with remorse is said never to have smiled again. He buried Gelert here”. 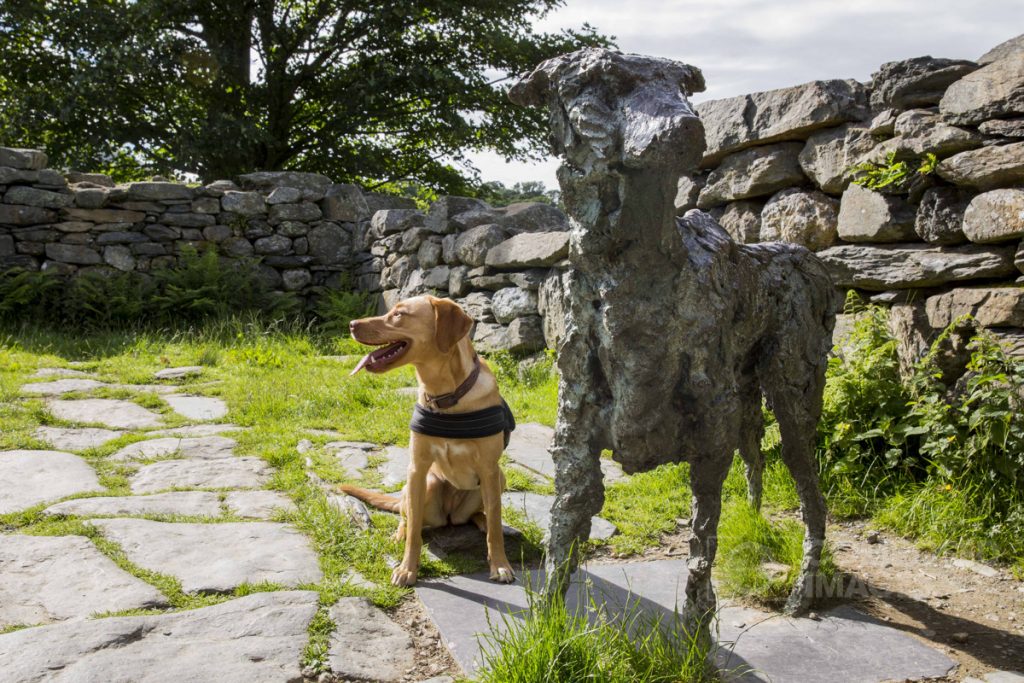 I have heard it muttered that this is an entirely fictional story invented to attract tourists to the area. During our visit in early July, it seemed to be working.

Beddgelert and the Snowdonia National Park region of North Wales has an abundant trove of natural wonder, visible at all times of the year. Yes, in murky patches of weather with low visibility the views might not be quite so spectacular. But even then you’ll absorb the unique sense of place, the air, the pines, the pure-spirited heartening outdoorsyness of the place, even if wet and cold.  This area does not really need any elaborate stories to attract tourists. It speaks for itself. 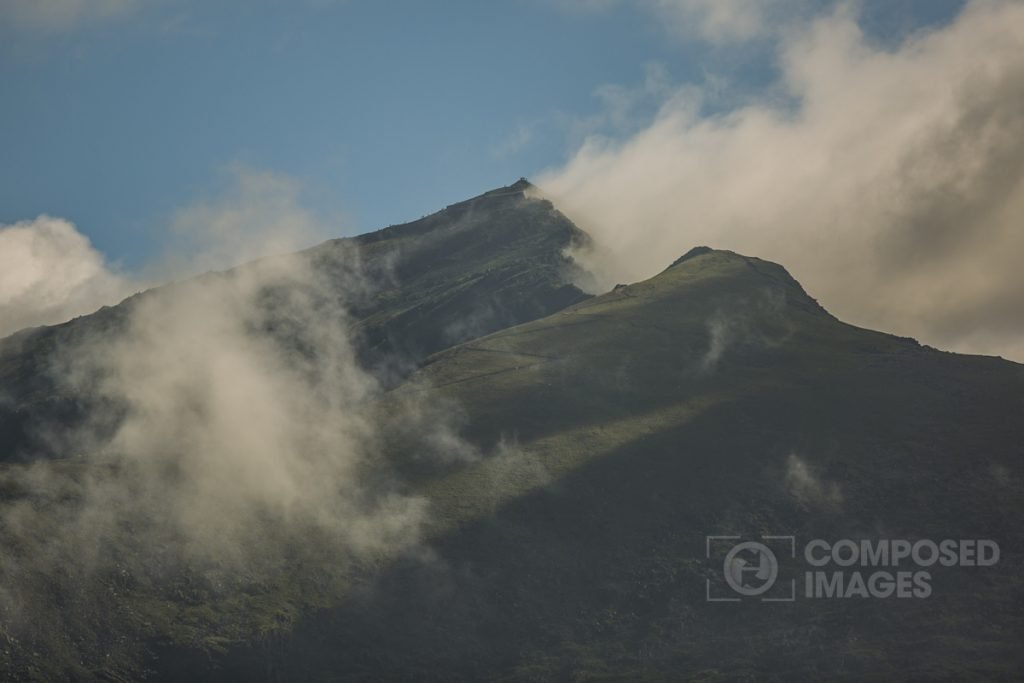