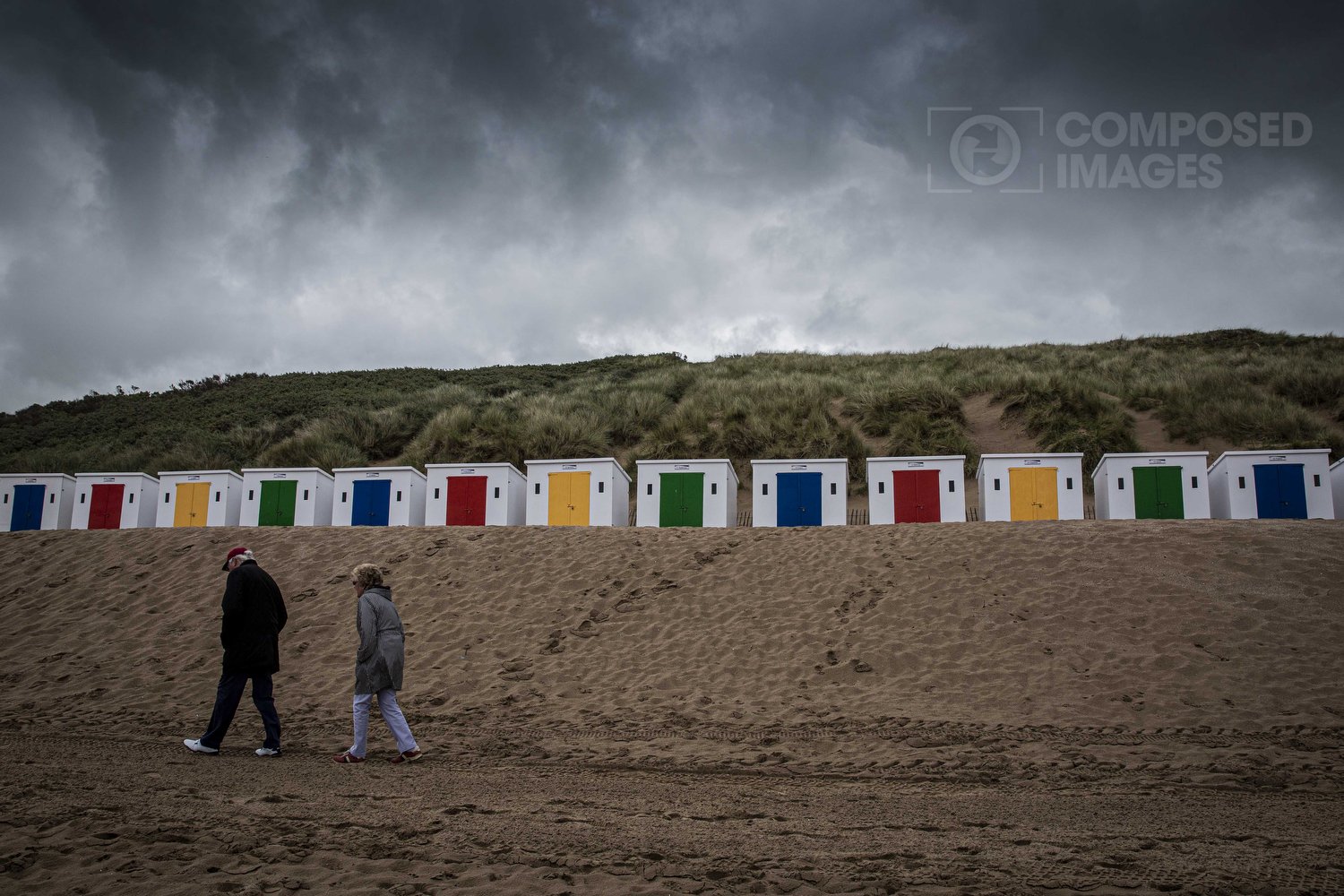 Our first trip away as a family of four took us to North Devon in mid-June. And it turned out to be a week of almost constant rain.

We stayed in one of a complex of several farmhouses near Ilfracombe. The farm had a few large fields where we could exercise the dog, but there was no path away from the property. Long, narrow winding country lanes meant jumping in the car was necessary for every excursion.

A small beach at Ilfracombe on a blustery wet Monday morning provided our first taste of sea air. It was followed by a steep short climb to a vantage point offering 360 degree views taking in the coastline and the town. 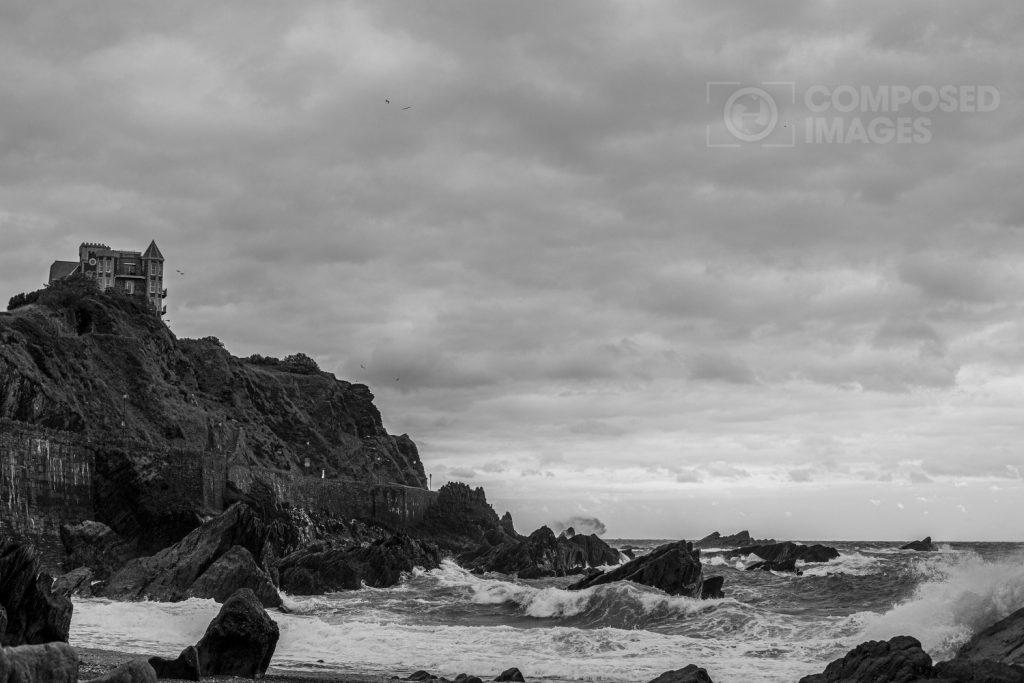 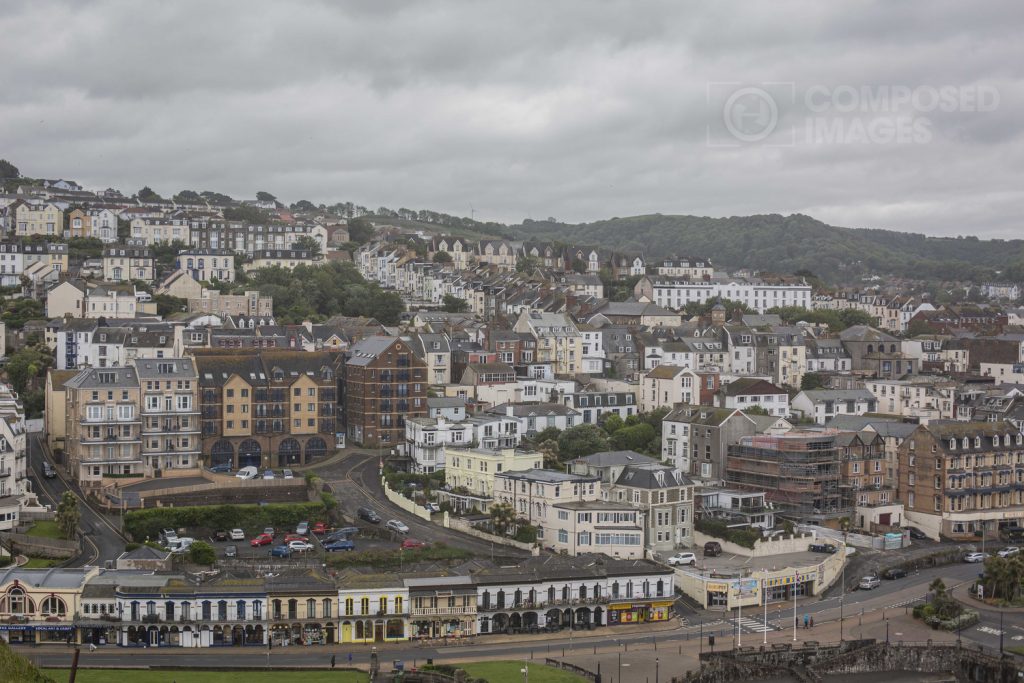 Along with a number of other windswept, soggy and downbeat looking holidaymakers with young children, we then took in the cosy confines of Ilfracombe Aquarium, which entertained our 9 month-old for a short time.

Later that day we took another venture down winding precarious rural lanes to Putsborough Beach, which joins up with Woolacombe beach. It was wet, windy and virtually empty, but the dog didn’t care.

The weather was not generally kind, but personally that wasn’t too disappointing. If the weather had been bright and warm and dry I would have likely been a snotty weeping sneezing hayfevery mess. Almost constant rain dampened down the pollen and kept my worst symptoms at bay.

[Read the Composed piece: How I hate hayfever]

Nearby Woolacombe was our obvious next destination the next morning. We parked up, took a quick stroll of the immediate vicinity, purchased an overpriced dog-ball thrower thing, then headed to the beach. 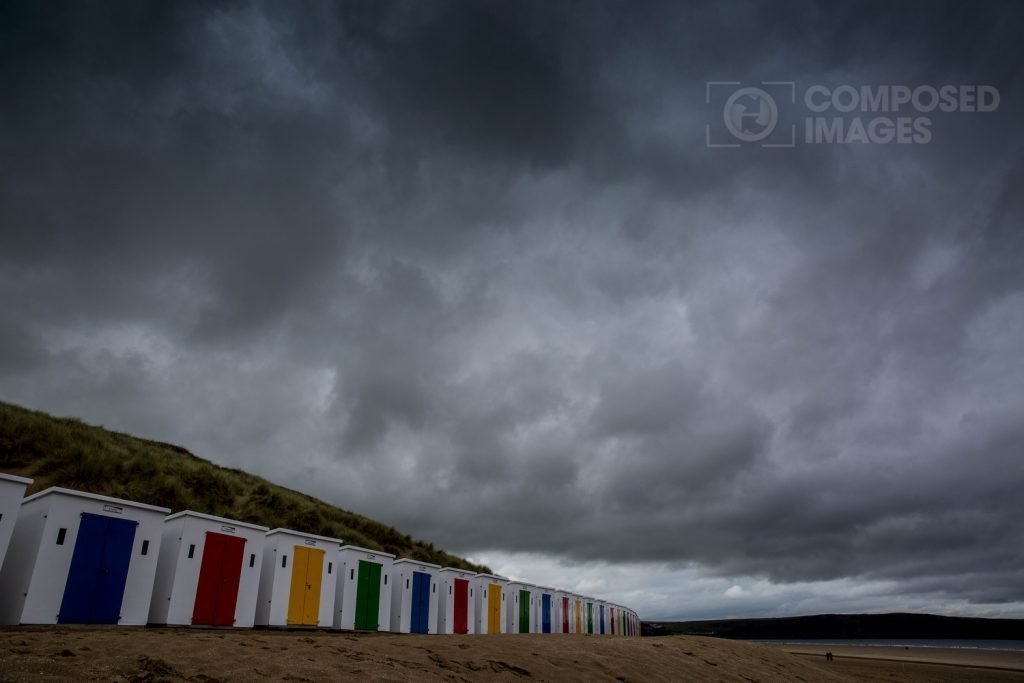 Lined with distinctive beach huts, this popular long stretch of beach space is segregated in sections of dog-free, dogs on leads, and dogs off leads.

After walking a mile or so and seeing the dog predictably destroy her new tennis ball in the shallows, we plonked the baby down on the beach for her very first play with sand.

On inspecting a map, Combe Martin appeared to have a stretch of coastline walk stemming from its car park, which also had a pleasant view over the small bay. We headed here for an afternoon stroll, making the best of a settled spell with (whisper it) hints of blue in the sky. 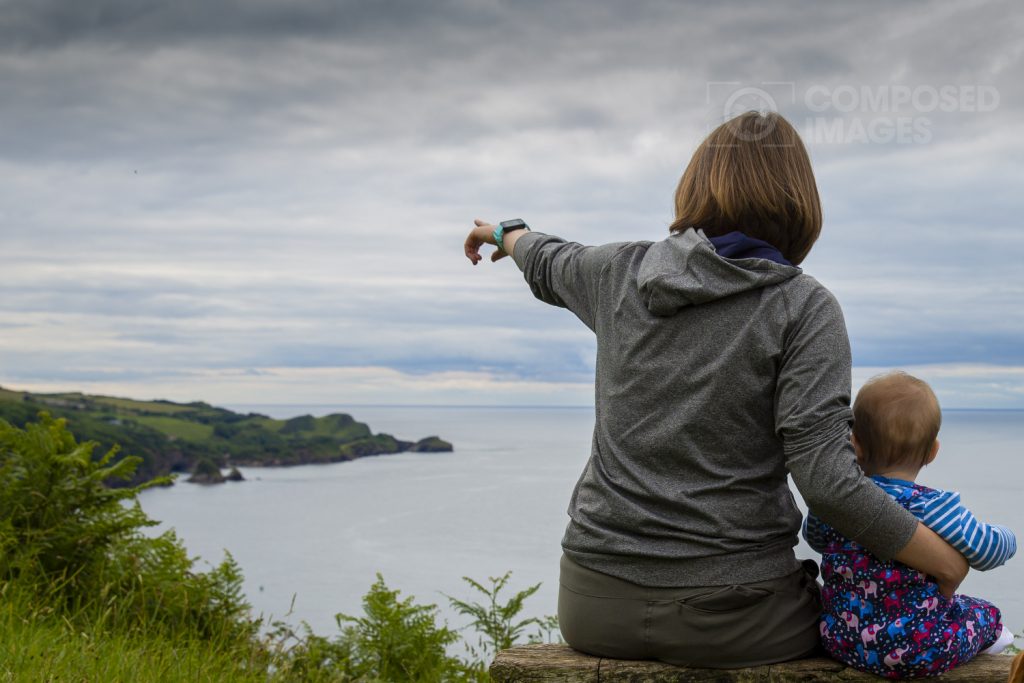 Far across the water we could just make out the plumes of smoke rising from the steel works of Port Talbot, along the south Wales coastline we are more familiar with.

We made it back to the car with a short while left on the ticket, so popped back into the village to grab an ice-cream. Parking feels a fairly modern commercialised thing that every council has now clocked onto as a thing to monetise. Today there is nowhere to park for free anywhere near to anywhere scenic, in a way that you feel there might have been twenty or thirty years ago. But perhaps I’m mistaken.

On the way home we took the scenic A39 route, hugging the North Devon and Somerset coast back towards Bridgwater. Around the middle of Exmoor National Park, not far from Porlock we stopped, initially just to admire the viewpoint – as many do. 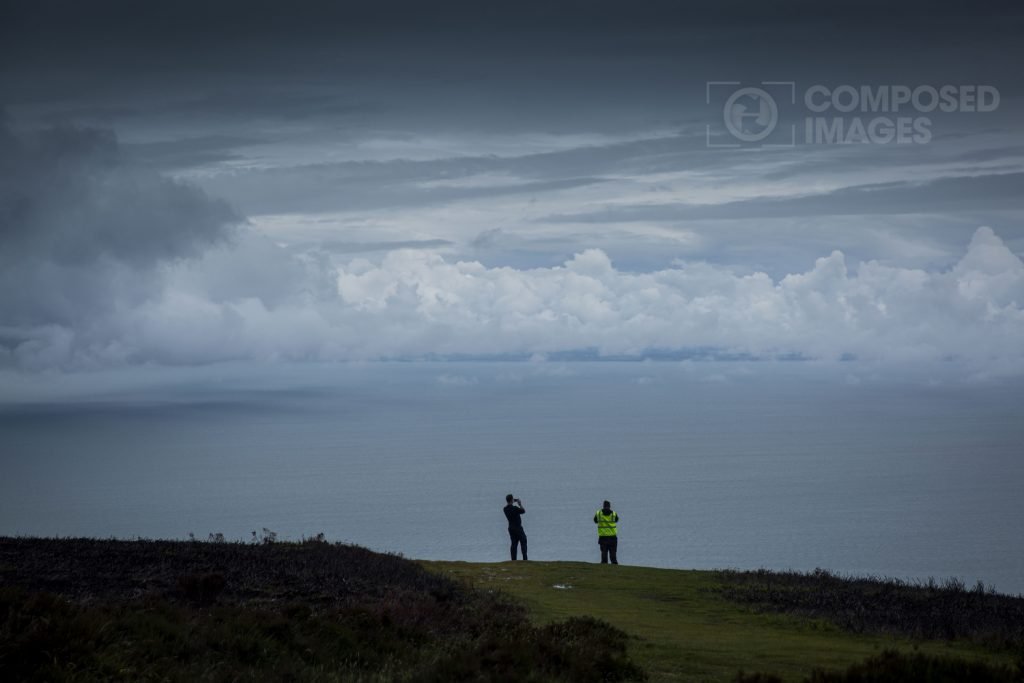 Then I decided to take a stroll with the dog and baby beneath yet more murky but atmospheric skies. Despite planning one final stop for lunch, nothing too inviting appeared after that point and the rain continued to pound without mercy. 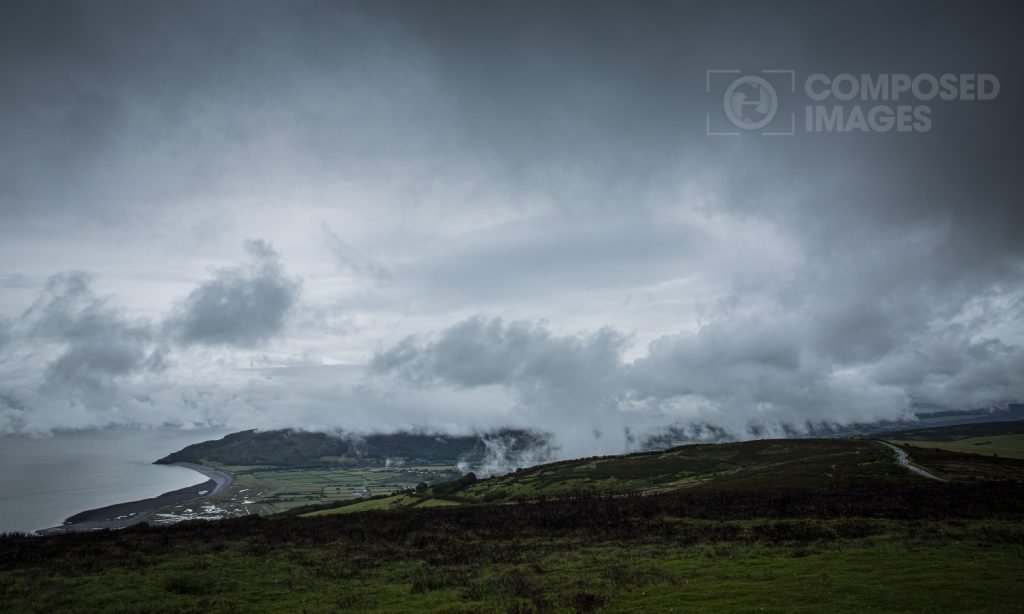 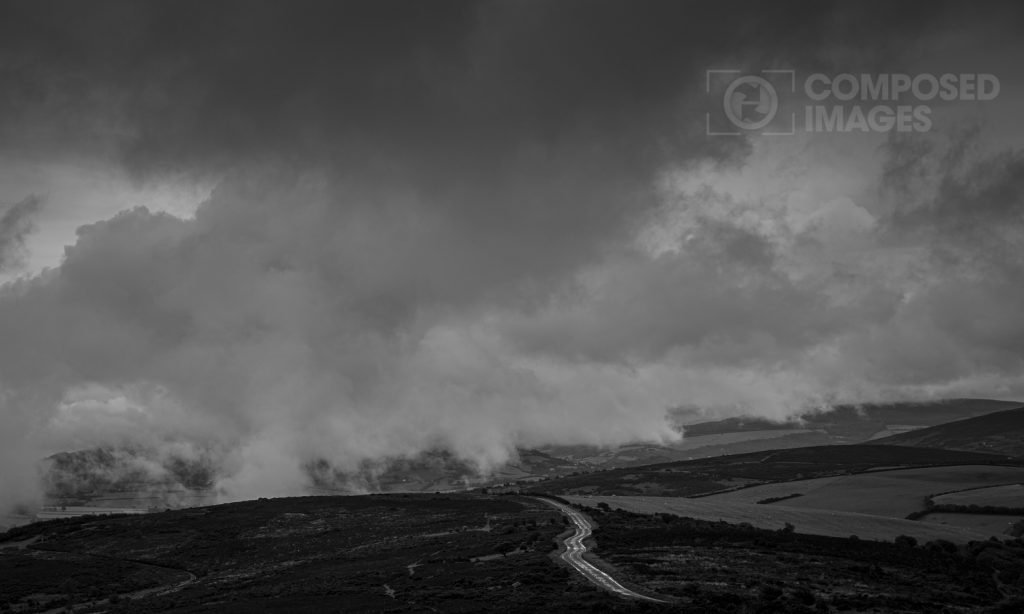