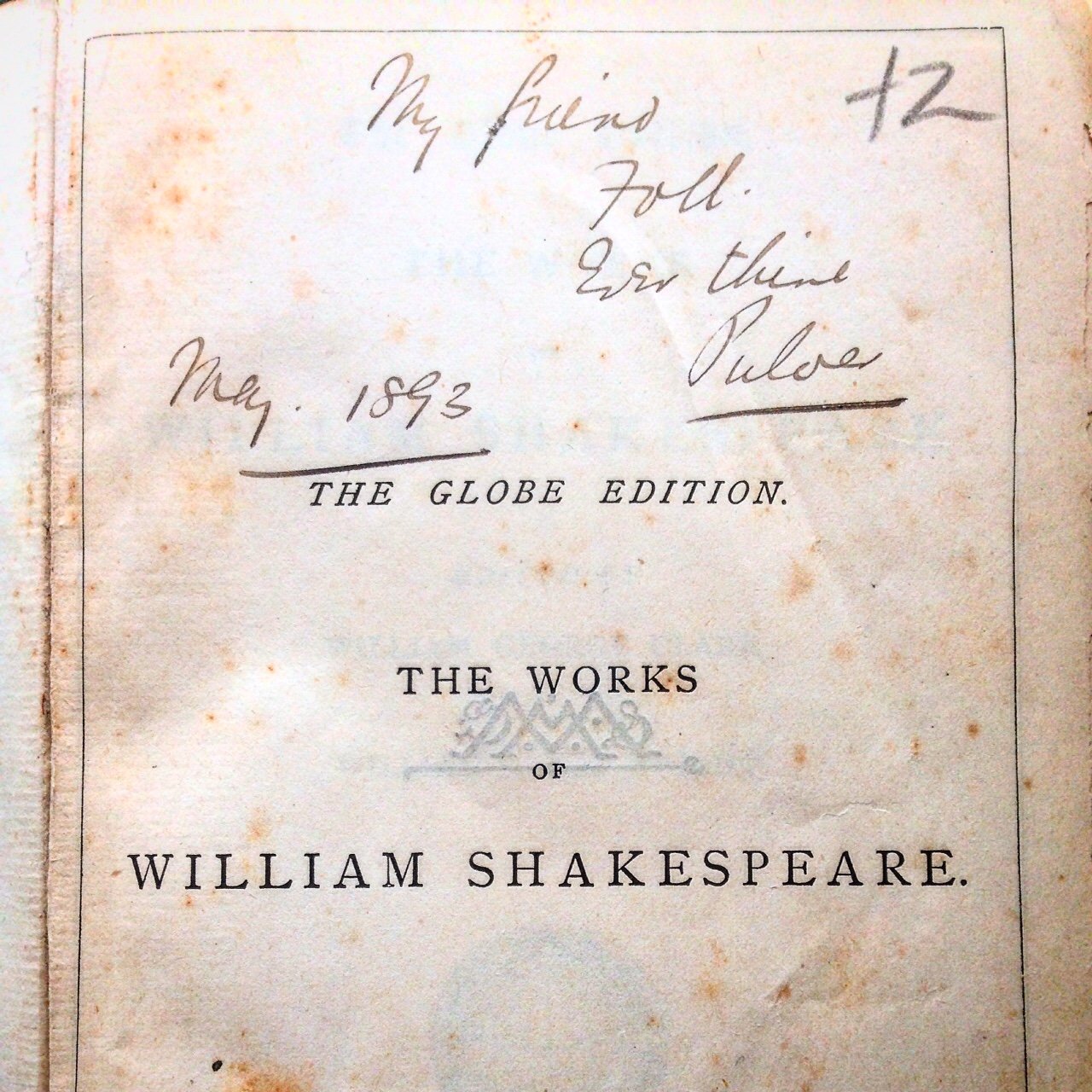 Time travel captures the human imagination like nothing else. You could probably chart the fascination back a very long time through various pieces of art, literature, and film. The idea of it is beautifully mindbending, testing concepts of science and logic, hence the success of the Back To The Future trilogy of films, and the recent Back To The Future Day.

That was a marking of the date when the film’s characters Marty and Doc travelled into the future from 1985, October 21st 2015. It appeared to be a major success online in social media worlds, and offline, with many cinemas screening all three films during the day.

When the films were first released I was a huge fan, enjoying birthday trips to the cinema to watch both Back To The Future part II and part III. Staff in our local video rental shop were persuaded into giving me the cardboard pop-up display of characters for my bedroom, for both II and III. You see, I REALLY liked Back To The Future.

The idea of time travel is linked to experience and memory. How we remember something happening gets blurred over the passing of time, so our memories might not be wholly reliable. We might not remember something truly as it happened, however much we believe we are absolutely correct.

This links to the work of photographers. It could be argued that a primary function of photography lies in its ability to document reality. The existence of a photograph suggests truth, transporting you back to a time when your grandma was alive, or your son was a baby. Plenty of wedding photographers market themselves using emotive messages like ‘capturing memories to keep with you forever’. The idea of beautifully freezing personal moments is a core part of the sales process.

In sport and history, the explosion of social content streams means older work can freely be shared and forgotten memories revived in a way like never before. Nostalgic old football photos, online galleries of towns ‘as they used to be’, images of olden industries: these all seem popular and must keep generating all important clicks for media outlets. I have blogged about my fascination with the British Pathe online library.

Time in its tiniest fractions is a key component in any photograph. Shutter speed can dictate the representation of complete stillness or the suggestion of movement. What is ‘right’ or ‘wrong’ can be the subject of endless debate.

A blurry football might be forgivable as that’s how the naked eye would see it if it was struck with some force. Others might disagree, because it’s our job as professional sport photographers to perfectly freeze everything.

But motion blur and the suggestion of movement can be incredibly effective. Long exposure images of traffic headlights or star trails across a night sky have a kind of beauty to them, although they are technically an artificial creation of technology, not at all how the human eye can see them. Perhaps that’s not how everything should be judged, because the human eye could never get close to witnessing something incredible like this thermonuclear art.

[Read the Composed blog: Astrophotography and the size of space]

There are constant oppositions, depending on who you are, what you shoot, and what you’re trying to achieve. Perhaps due to my love of Back To The Future, perhaps due to the fact that it’s just a fascinating subject, I remain a total mug for ideas of time, time travel, experience, memory, and of course photography. All of them interconnect.

The past, present, and future of memory

Last week I took a trip to a Cardiff University public lecture on memory, ‘The past, present and future of memory’: an exploration of why we need memory, how it works and what the brain has to do with it, delivered by Professor Eleanor Maguire, Professor of Cognitive Neuroscience at University College London.

I hoped for some overlapping with the book I’m currently reading: the new Sebastian Faulks novel Where My Heart Used To Beat. This explores in vivid detail the memory of a World War Two veteran, and how he struggles with what would now be termed Post Traumatic Stress Disorder (PTSD) many years after the events.

While interesting and delivered with a brilliant clarity, the lecture proved a little too scientific for my own relatively unscientific brain; and the experience wasn’t helped by arriving half way through. I failed to fully connect.

Several days later, that magical romantic energy of time surged back again on a more basic level I could cope with.

Sifting through old books and magazines in my wife’s family home, I came across a couple of musty yellowed old tomes dating back a century or more. 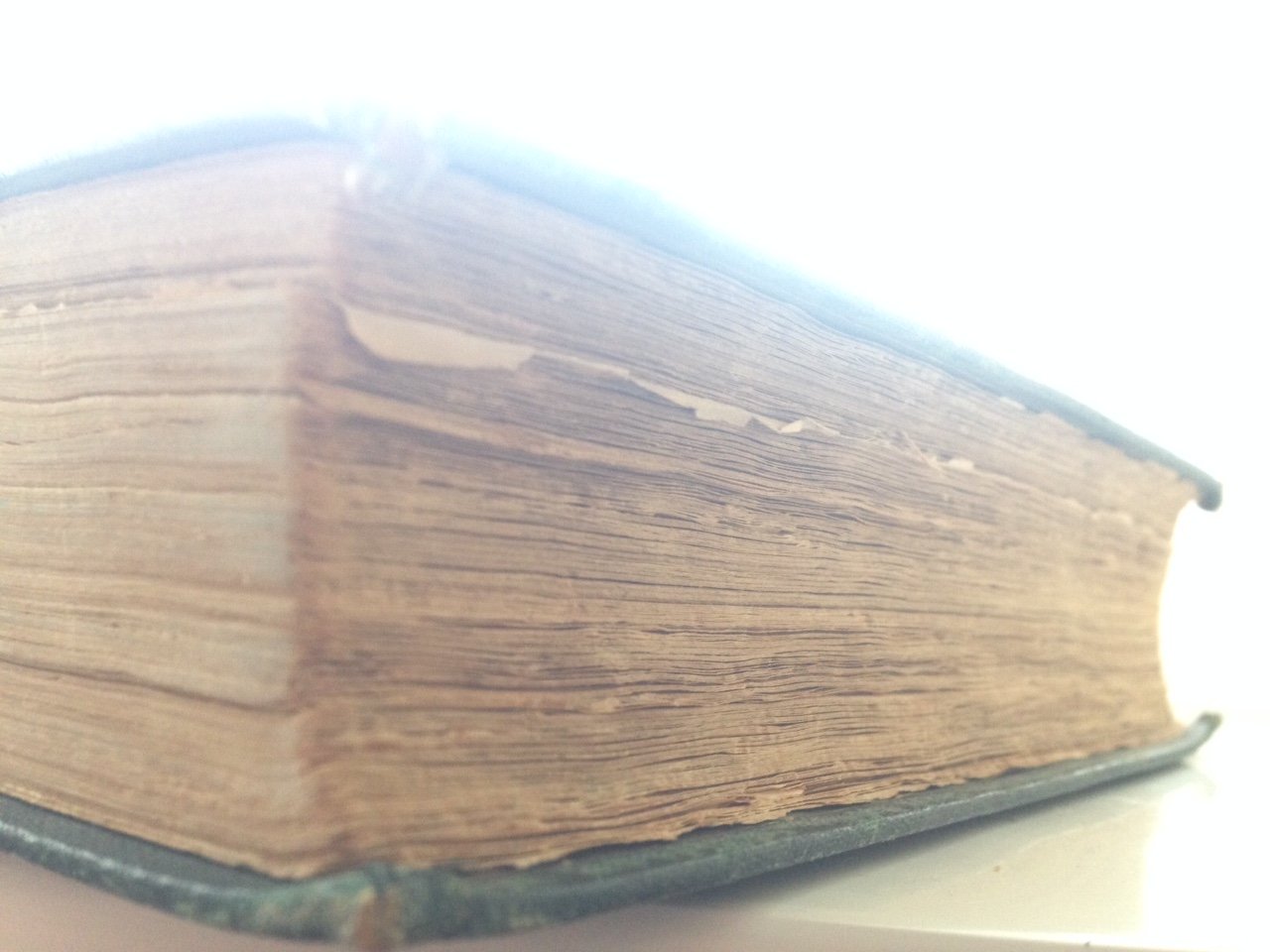 The feel and smell of age is something you can’t effectively translate through any 21st century screen, and when there’s a handwritten note in the front, dated May 1893, it really comes alive. The names, the brief sentiment, even the specificity of a month gives a truer ring of authenticity.

Fascinating few hours looking through really old stuff. If I can’t have a Delorean I’ll make do with this sort of thing. #time #timetravel #books #book #shakespeare #age #literature

What was the world like when they were newly published? Who was the first owner? These burn marks at the corner of the pages: are they from a candle in a bitterly cold, darkened room? What was the person like who wrote this message? Was it well received, the book well read, used, cherished? From the worn crinkled pages, it appeared so. 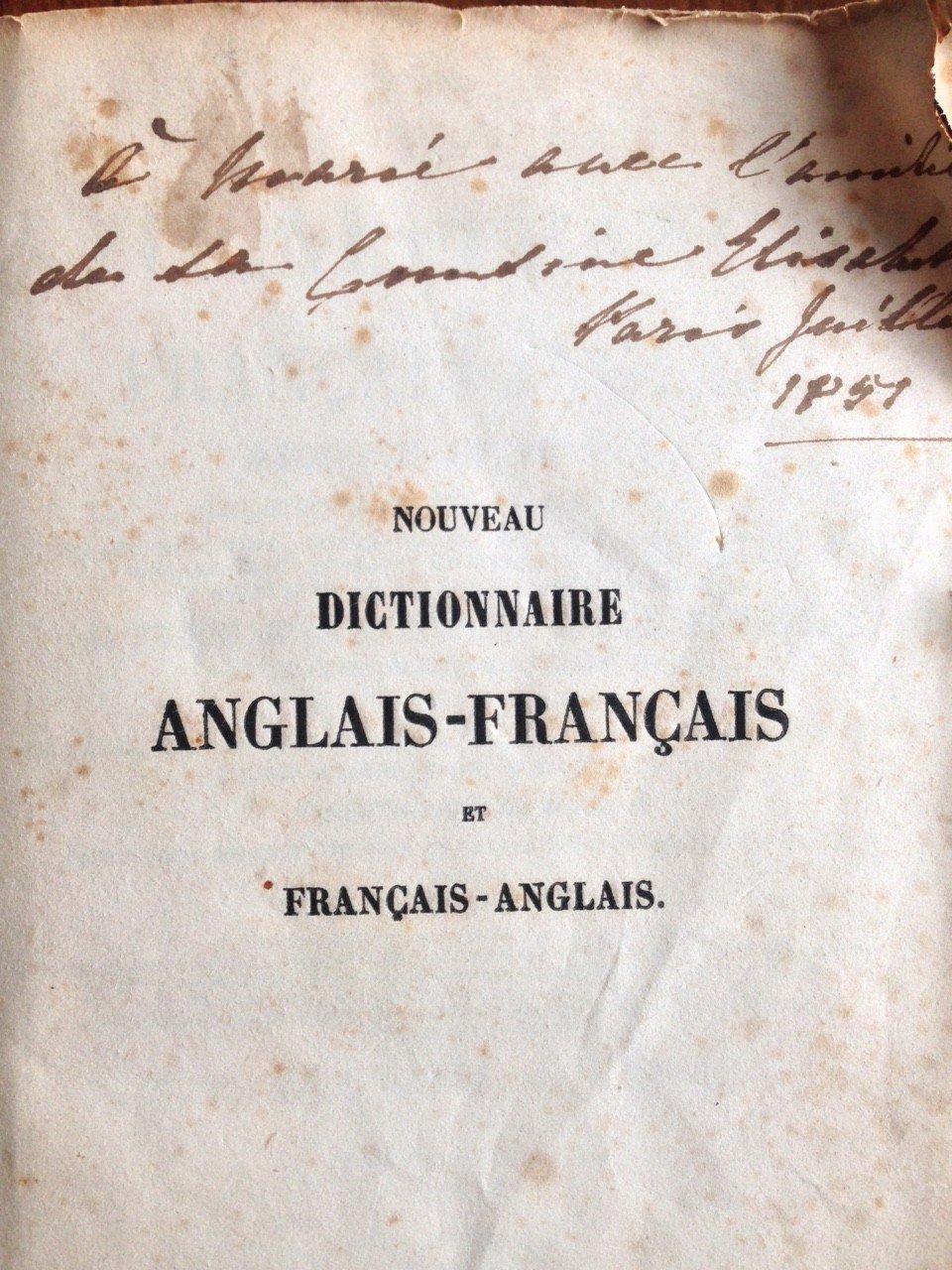 Right now, early November, we are at a late autumn time of dead leaves everywhere there are any trees. The last hangers on are drifting into gutters and skittering along pavements. You can’t escape them. So it was poignant to happen across dead leaves, potentially around a century old. 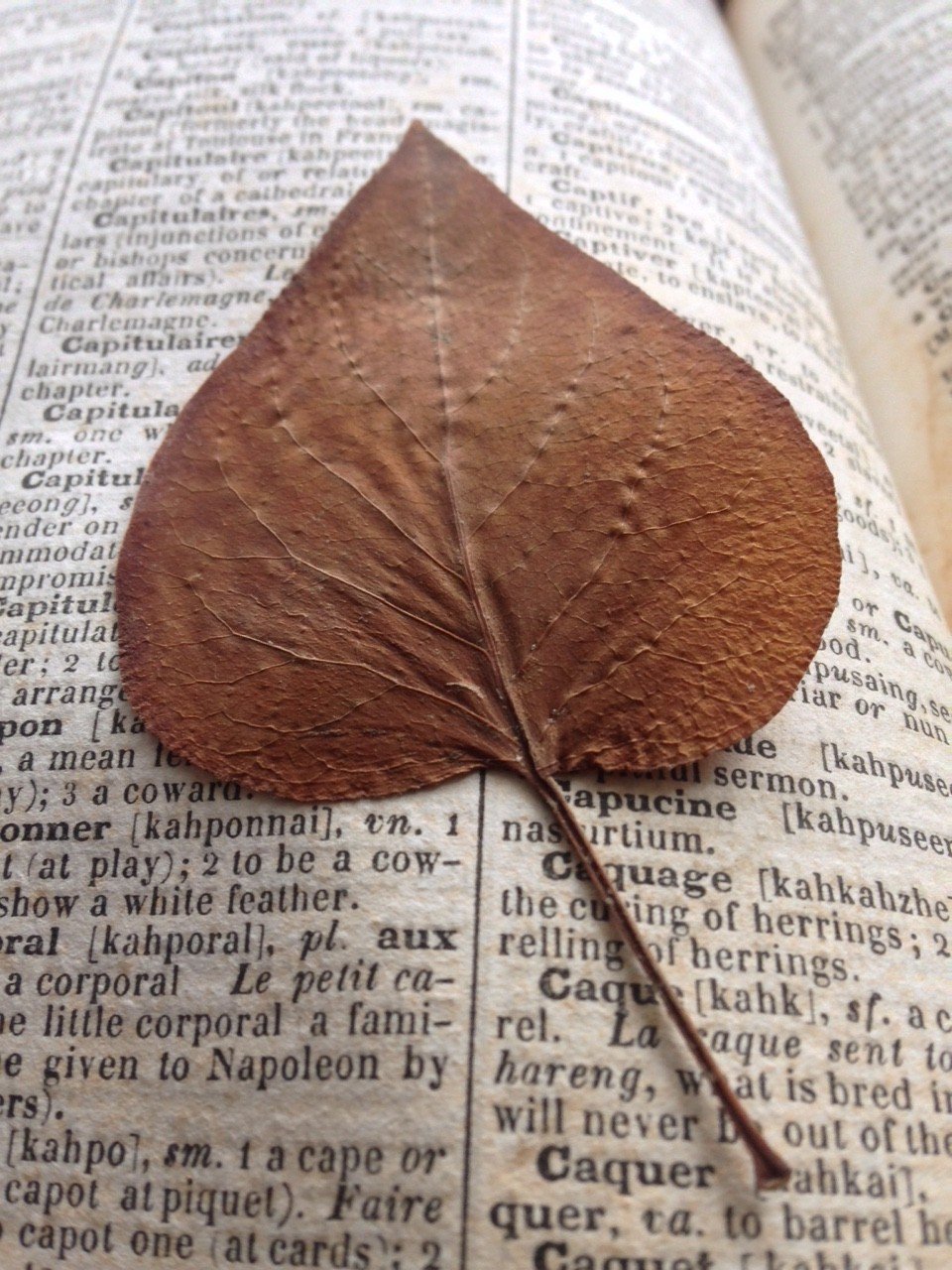 Discovering them was mesmerising, pressed between the pages of an old French-English dictionary, darkly browned and brittle, but otherwise perfectly preserved. Who put them there? Why? When? Where? For an easily pleased fan boy of time travel, memory and history, this was electrifying to ponder, a different kind of message in a bottle that communicates only nature and time. 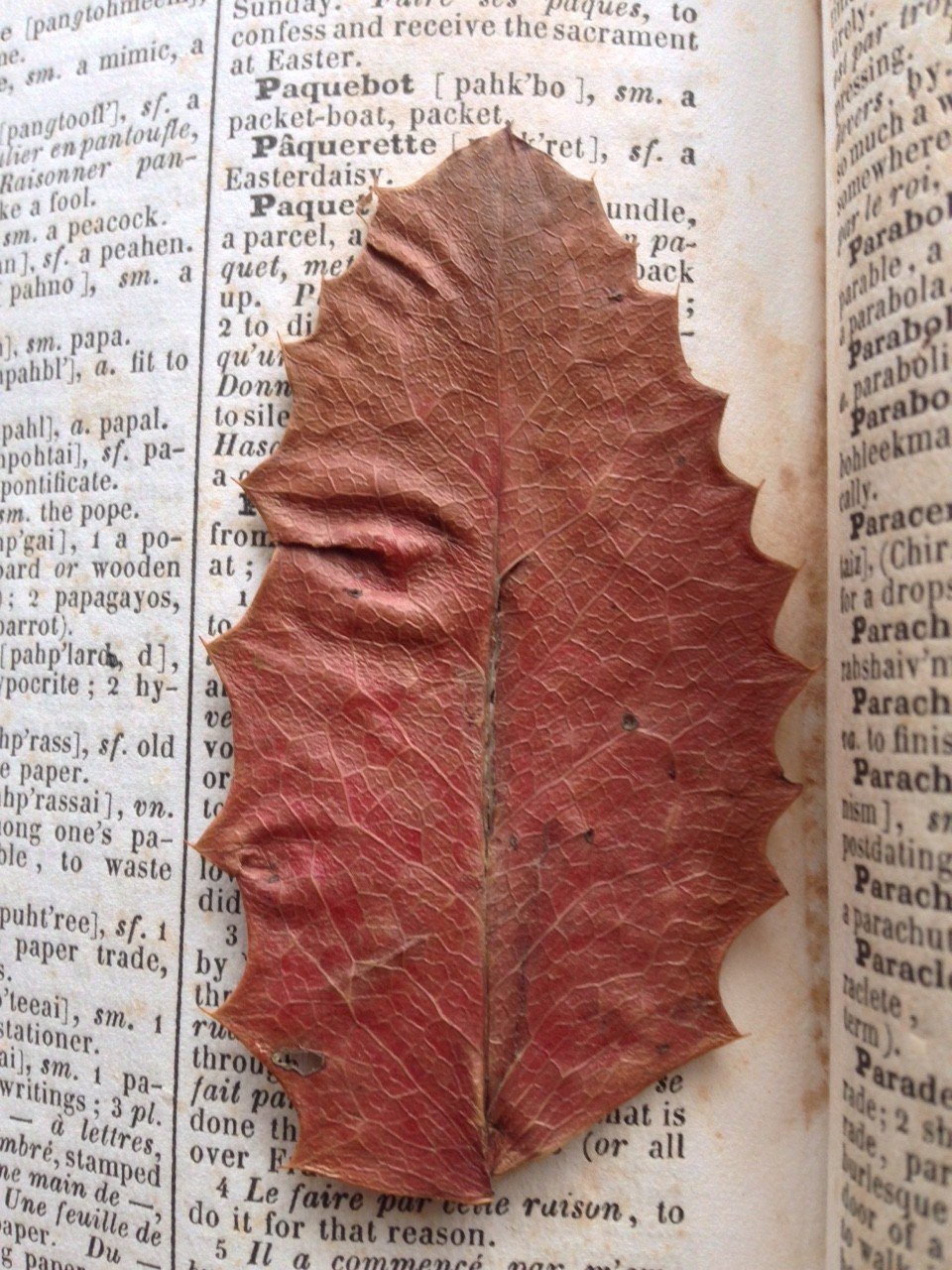 Another book revealed something unknown to me about the very origins of photography, dating as far back as 1556.

Photographers of all kinds immortalise moments, often unthinkingly and very quickly. Sometimes at up to 14 frames per second. We create single crystallised frames, prospectively helping to aid memory at some point in the future, potentially keeping precious memories fresh and easily retrievable.

It’s easy to be frivolous with the technology we now all hold in our pockets, to casually snap, share, and delete at will. But now and then, maybe it deserves greater respect. 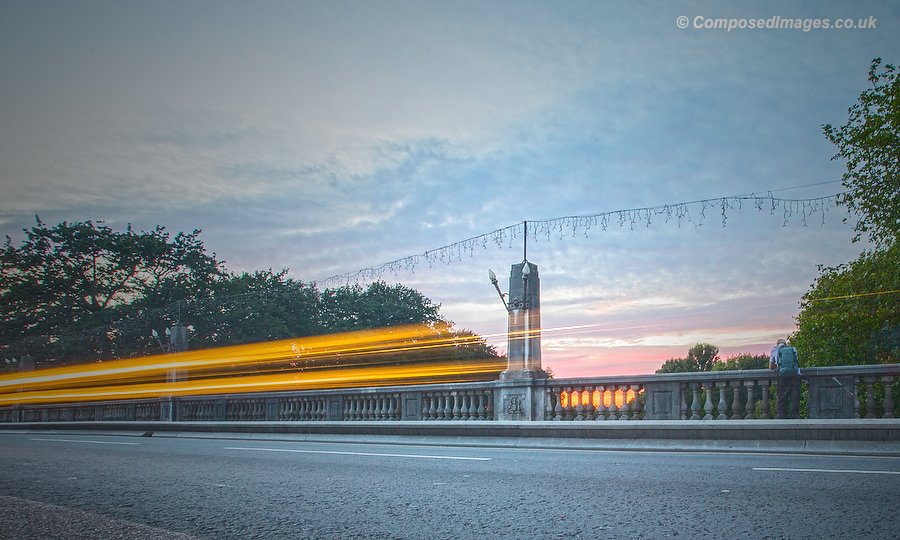 Composed Images will accept time travel photography commissions in the past, present and future.

[…] blogged before about how closely linked photography is with memory. But you might suggest that for all that, our brain remains the most efficient filing system there […]