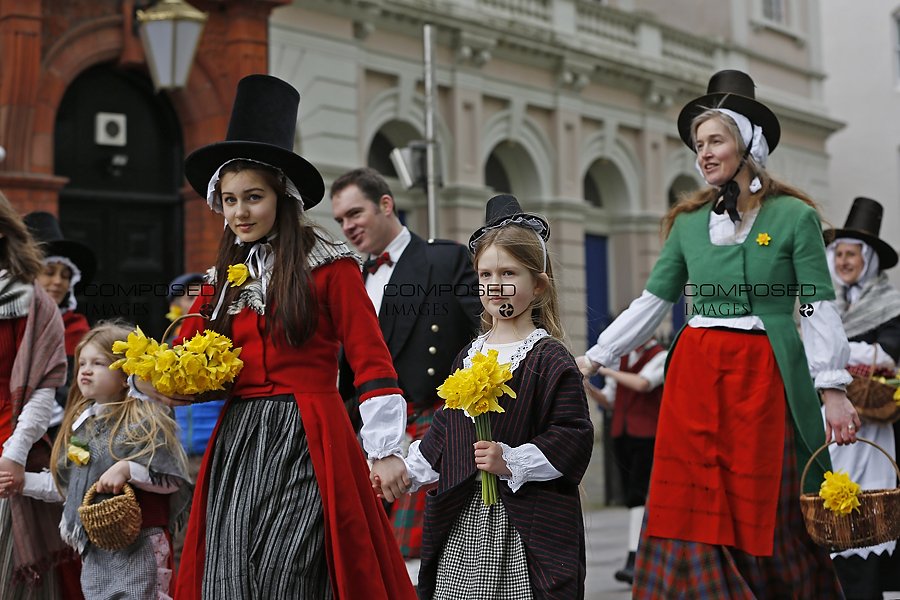 In Wales, and particularly in Cardiff, there doesn’t need to be much of an excuse for celebrating all things Wales and Welshness. It’s a fiercely proud nation. Any Wales rugby match, or to a lesser degree football match, big concerts and any number of festivals: there will be dragons, flags, seas of red, singing and fervour.

But they don’t come much bigger than St David’s Day, a focal point in the calendar.

Saint David’s Day, or Dydd Gŵyl Dewi (in Welsh) is the ‘feast day’ of Saint David, patron saint of Wales. The first day of March was chosen in remembrance of the death of Saint David because tradition holds that he died on that day in 569, and tradition is at the heart of festivities. In the 18th Century the date was declared a national day of celebration within Wales.

In Cardiff this year, as most years, there were colourful parades, both military and civilian in Cardiff Bay and Cardiff City Centre respectively. There was also the St David’s Day fun runs, in the city’s Bute Park: a 5K and 10K distance, as well as a shorter route for juniors and military activities run by The Military Preparation College around the finish line in the park. 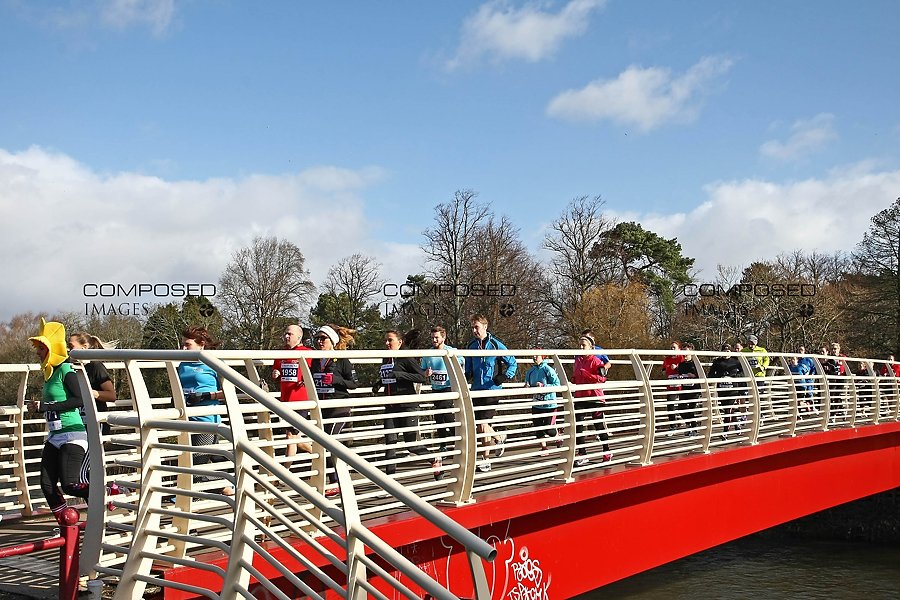 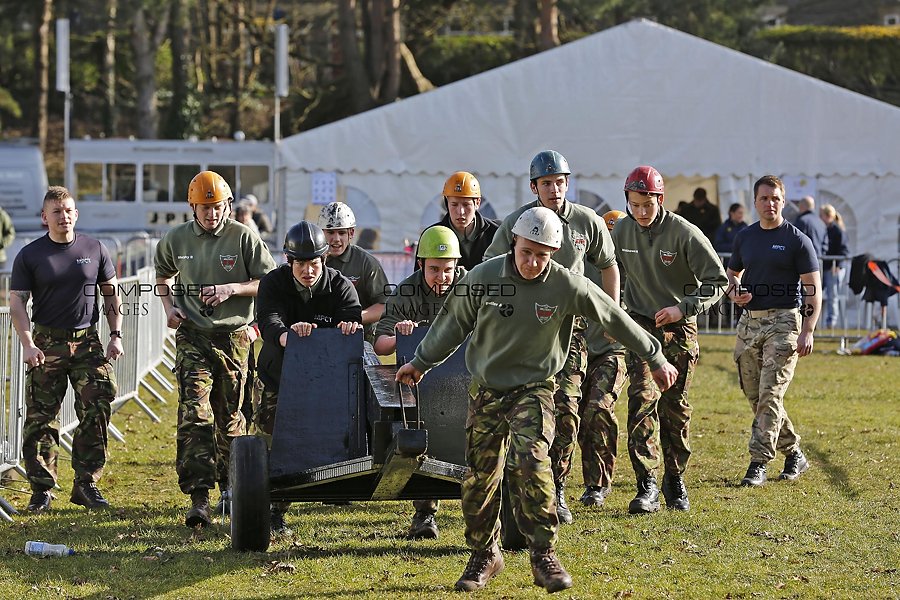 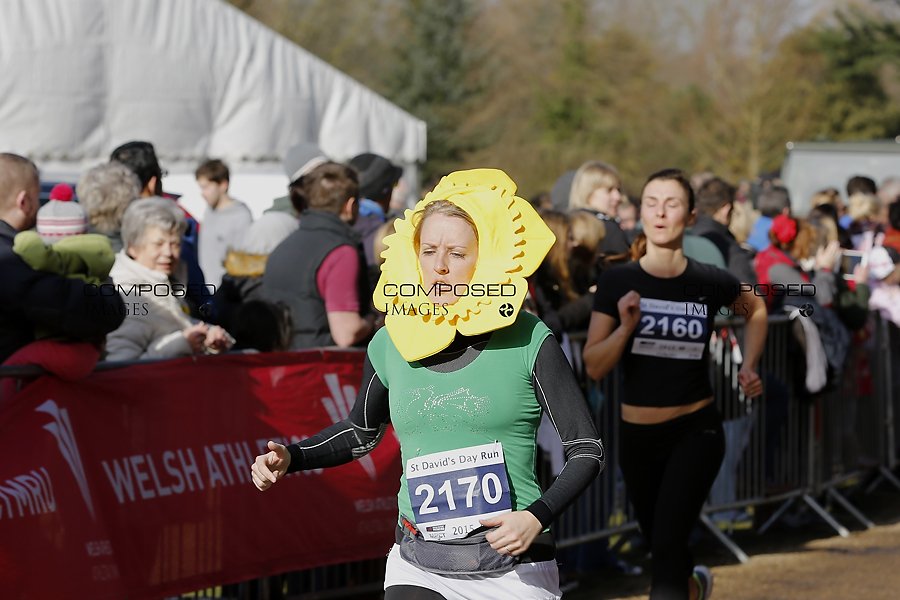 In the city the parades began from Cardiff City Hall and marched the length of the city district before looping back around to finish in Cardiff Castle. Traditional Welsh dress is a big feature, with this gentleman representing Saint David himself. 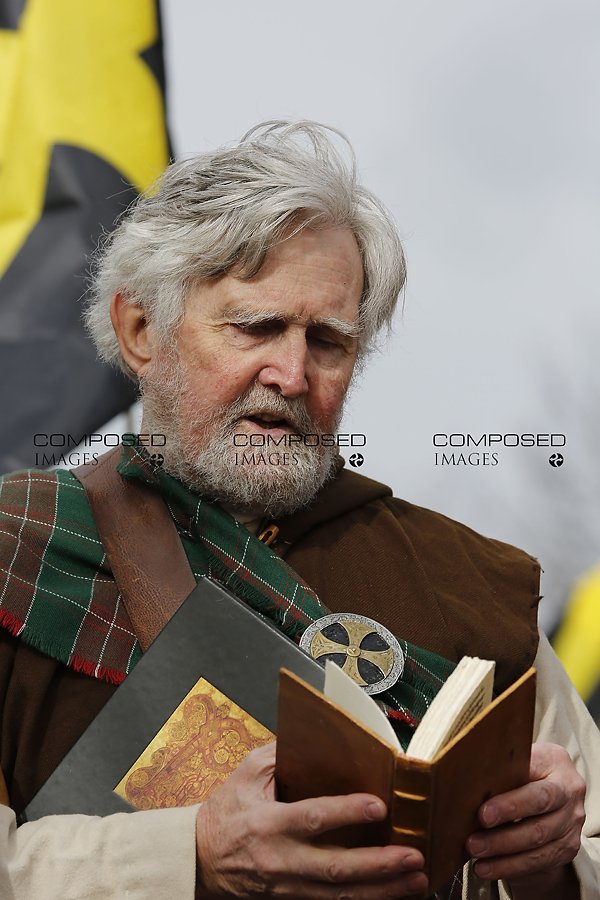 There’s much traditional music and flamboyant dancing. It’s a great day for kids to learn about the ancient traditions and heritage of Wales. 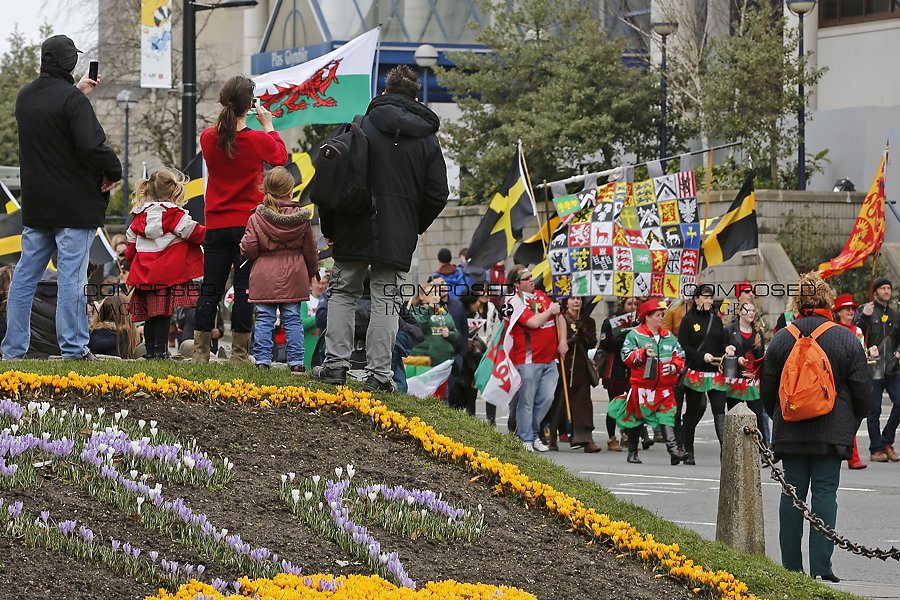 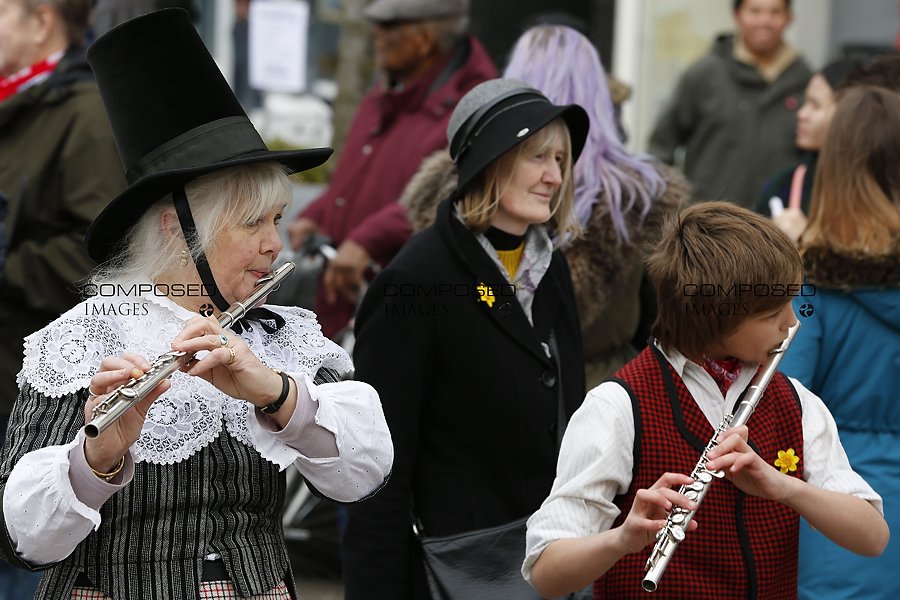 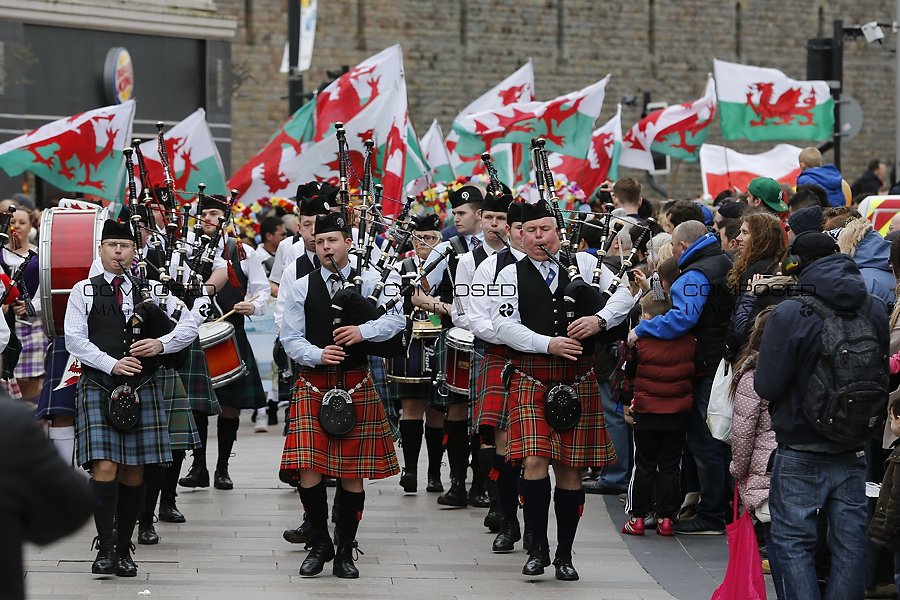 Helped by March 1st this year falling on a fine Spring Sunday, people packed the streets, while others were able to watch and snap from their high-rise city centre apartments. 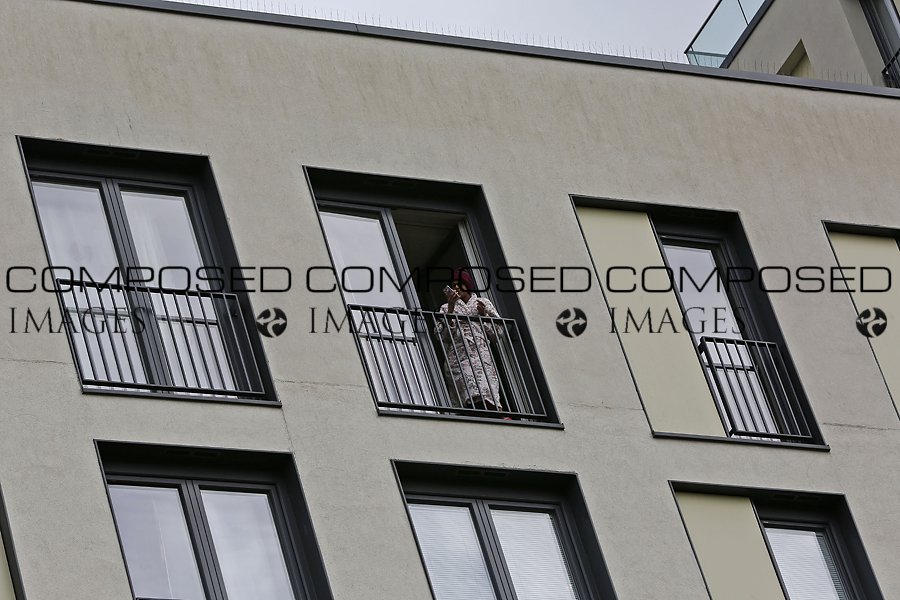 The parade is also a stage for overseas communities to represent themselves, with the city’s active Phillipino community often taking the opportunity to march. 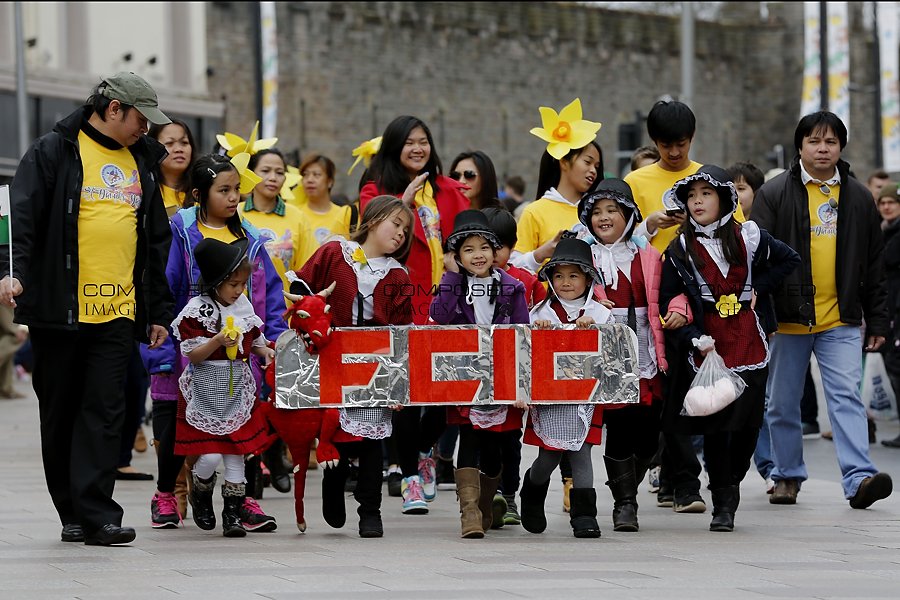 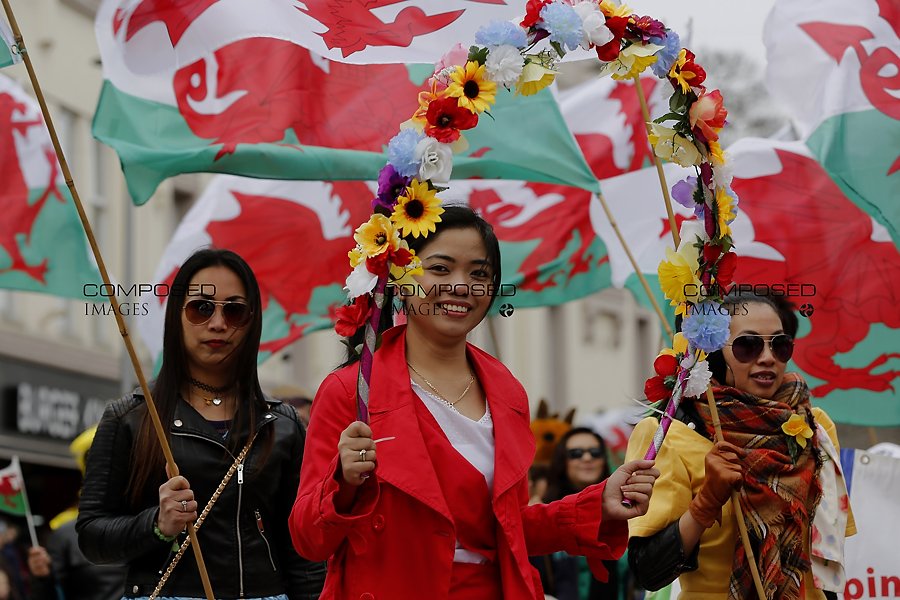 Welsh people feel extremely strongly about St David’s Day. So much so, that in 2006 a poll found that 87 percent of people wanted it to be a bank holiday, with 65 percent prepared to sacrifice a different bank holiday. A 2007 petition to make it a bank holiday was rejected by the office of the then Prime Minister Tony Blair.

But this has certainly failed to dampen the enthusiasm for St David’s Day in Cardiff, and throughout Wales. 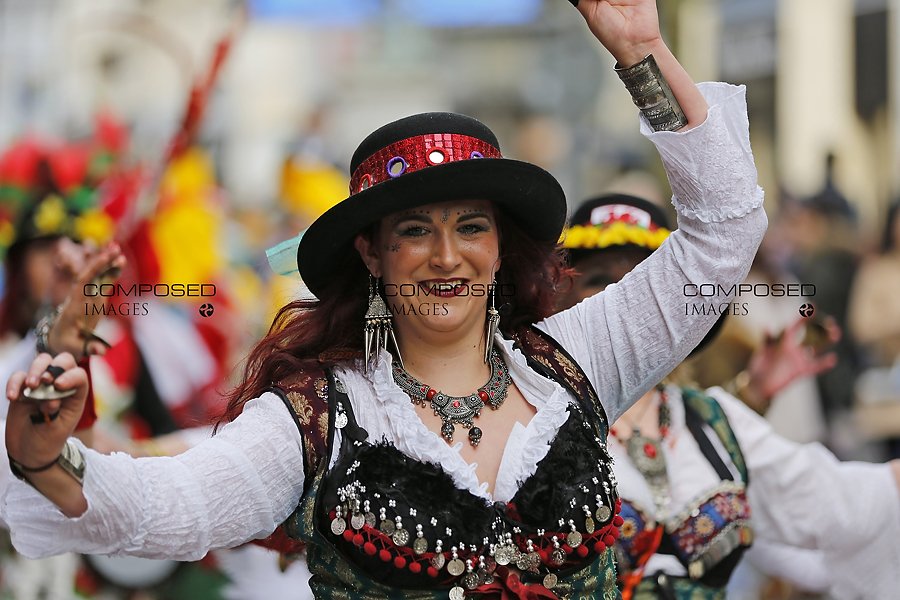 […] St David’s Day celebrations in Cardiff were as colourful as ever, and there was chance to grab a look at the next generation of Wales football stars with an Under 21 match at Cardiff City Stadium. […]