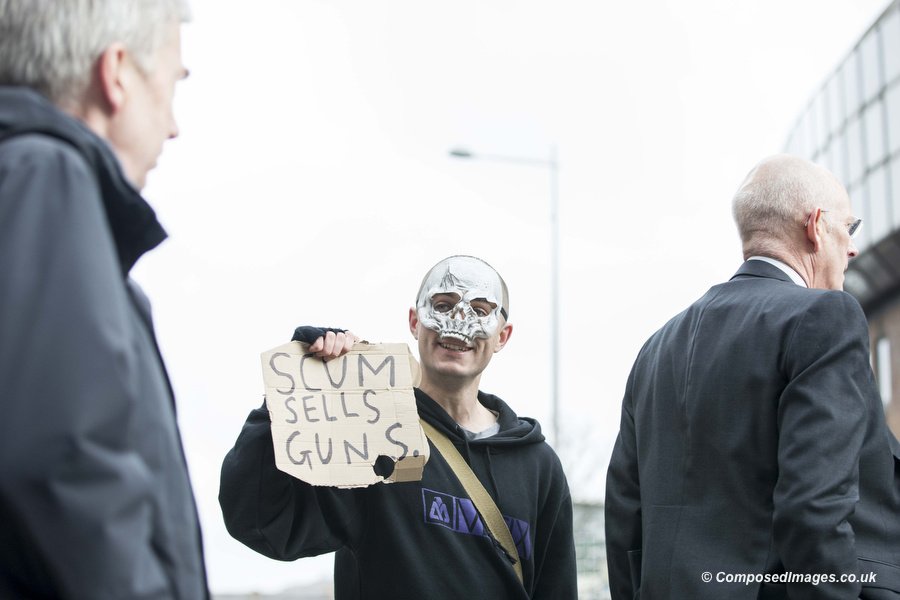 Emotional power is a magnet for most photographers. Whether it’s the romantic kiss of newlyweds, the cathartic release of a goal-celebration, or something altogether more subtle in an intimate one-to-one portrait, emotion is innately photogenic and deeply desirable. It’s often what makes us return to a photograph over and over.

Emotions are more powerful when shared by a group of people, when they become a charged movement, when there is political activism behind the feeling, when there is resentment and anger, when they occur in the form of a public protest.

Through a lens you can identify and isolate people individually. Faces are so much more expressive and transparent when trying to convey earnest feelings. Anger is one of the simplest ways, but there are others. You gain a keener, sharper sense of humans as a species: what drives us and what we care about and how we react when we fiercely disagree. Protest photography is not so different to photographing football fans. As mentioned in the previous post, humans often appear to need a sense of tribalism. 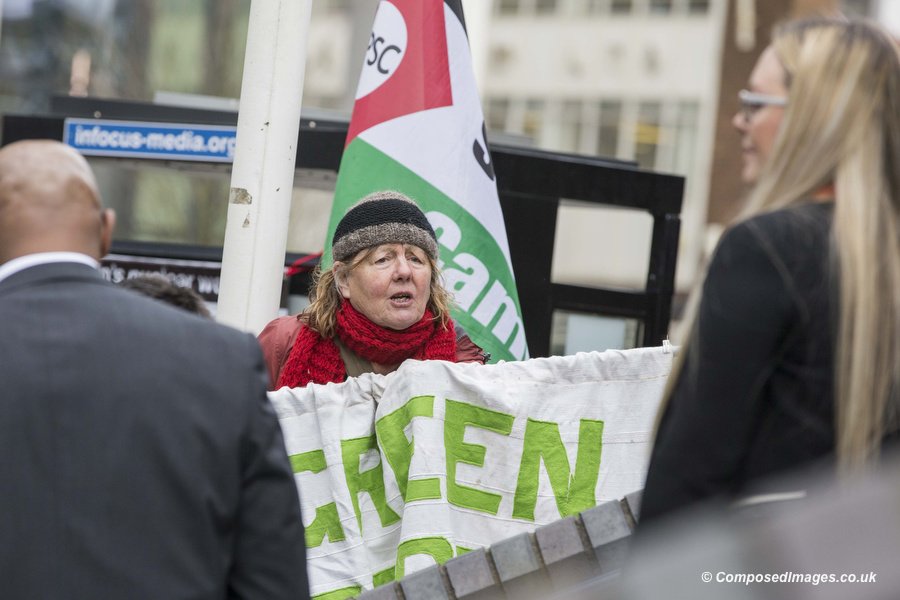 I have never photographed from the middle (or even edge) of a genuinely dangerous protest, or riot, when things are really beginning to kick off, when police ‘kettling’ of protesters occurs, police batons come out, shields go up, tear gas, water cannons, or even guns are unleashed.  My experience may be skewed because of this.  This is a whole other level, a completely different amount of adrenalin.

Nonetheless, there is something irresistible about photographing such uncomfortably close vitriol and unrestrained animosity, especially if it occurs between two sets of people, as it did last week outside the Motorpoint Arena in Cardiff City Centre.

The arena was hosting the Defence, Procurement, Research, Technology and Exportability (DPRTE) exhibition. Widely dubbed an ‘Arms Fair’ by protesters, the exhibition was said to have been moved from Bristol in recent years because of protesters.

I had heard online mention of it in the day beforehand, talk of an organised protest, but then totally forgotten about it before seeing a headline the next morning. Gulping down a cup of tea, I learned it was happening right then, a five minute walk away.

There was a sense of authentic street theatre about proceedings, a contemporary, slightly more civilised and better policed version of bygone times when people were publicly tried and hanged in the street. There’s an element of social documentary in it too. This is how we do it now, these relatively small angry protests in the year of 2016. This is what people look like, what police look like, this is how people dress and behave, here are placards they wave. 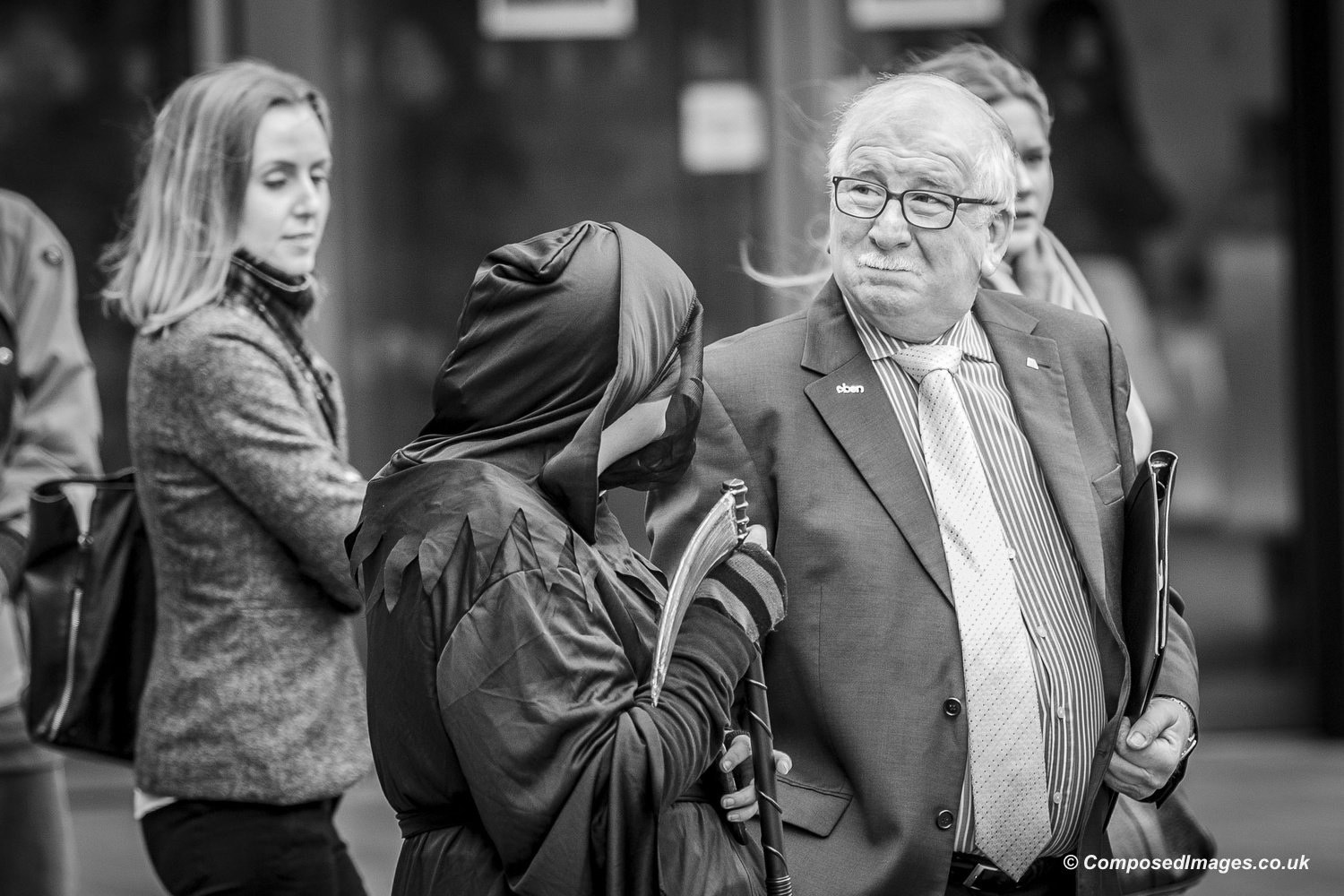 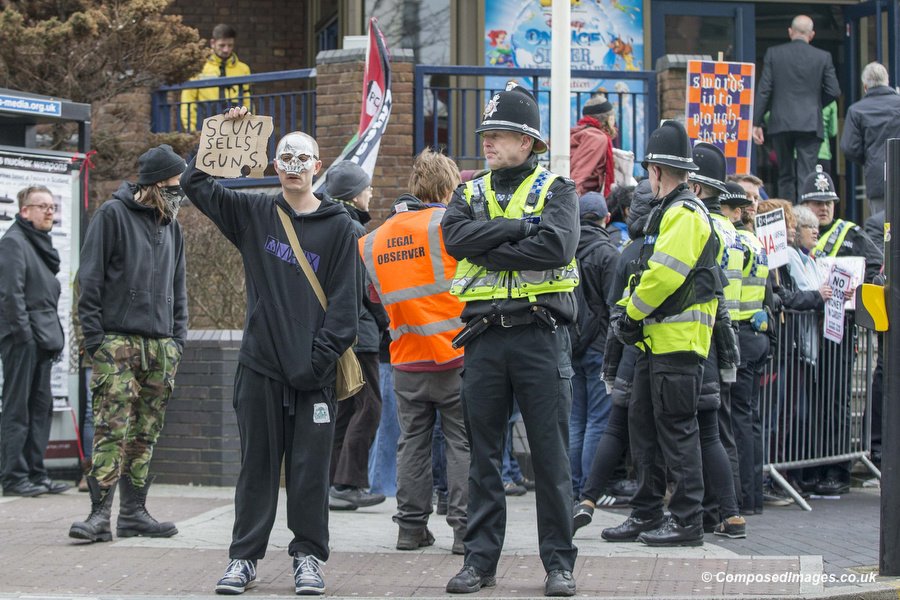 Many business-suited men and women braved the tunnel of baying protesters. Some appeared unruffled, or even amused – was this common for them? Although some younger women seemed shaken by the experience as they made it to the front doors. (Was this what they signed up for? How much did they care about their jobs?) The protesters were unrelenting in their shouts of ‘scum’ and ‘murderers’ and ‘blood on your hands’. 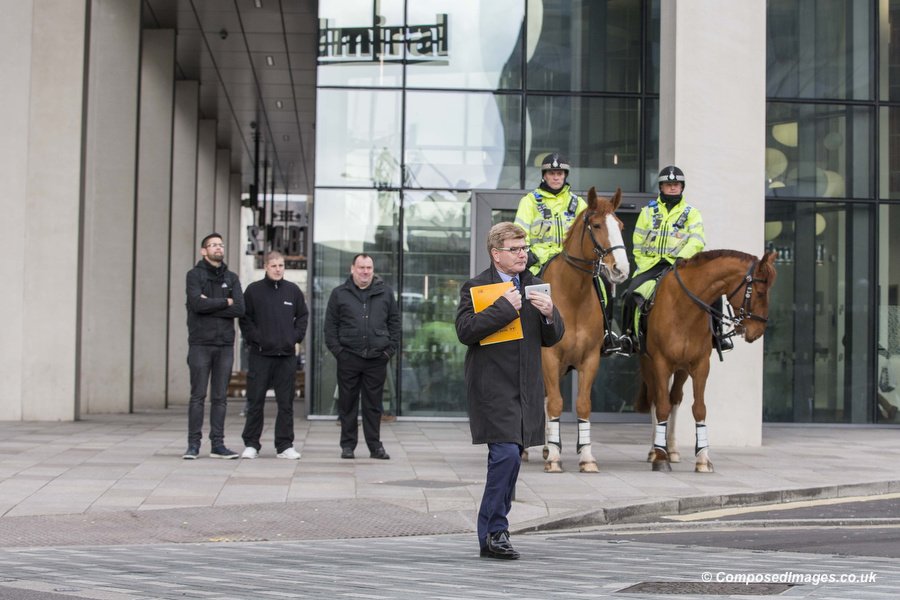 It also provided an unusual morning diversion for office workers in the new Admiral Insurance building opposite. 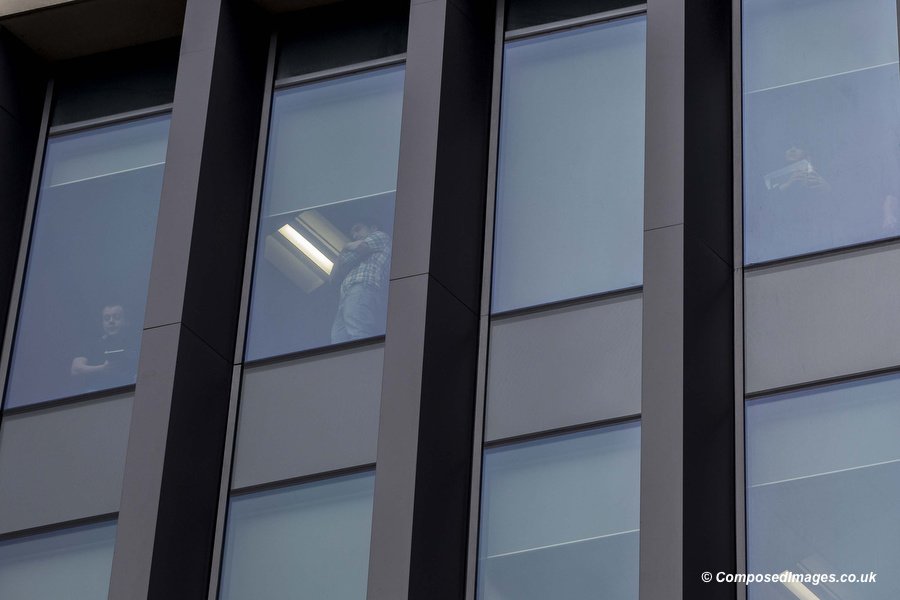 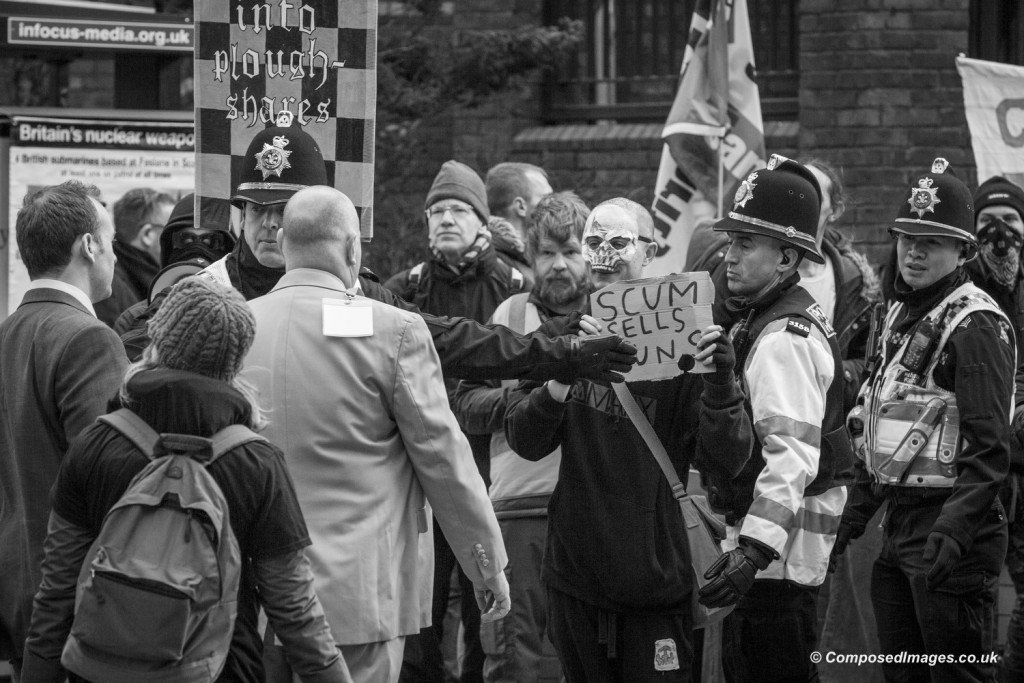 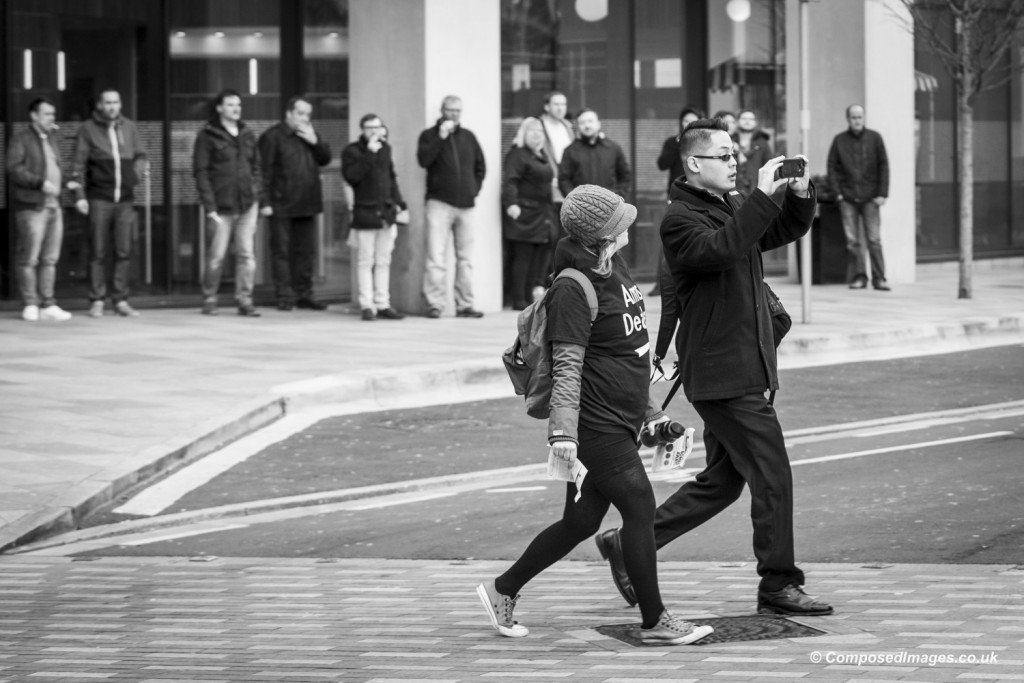 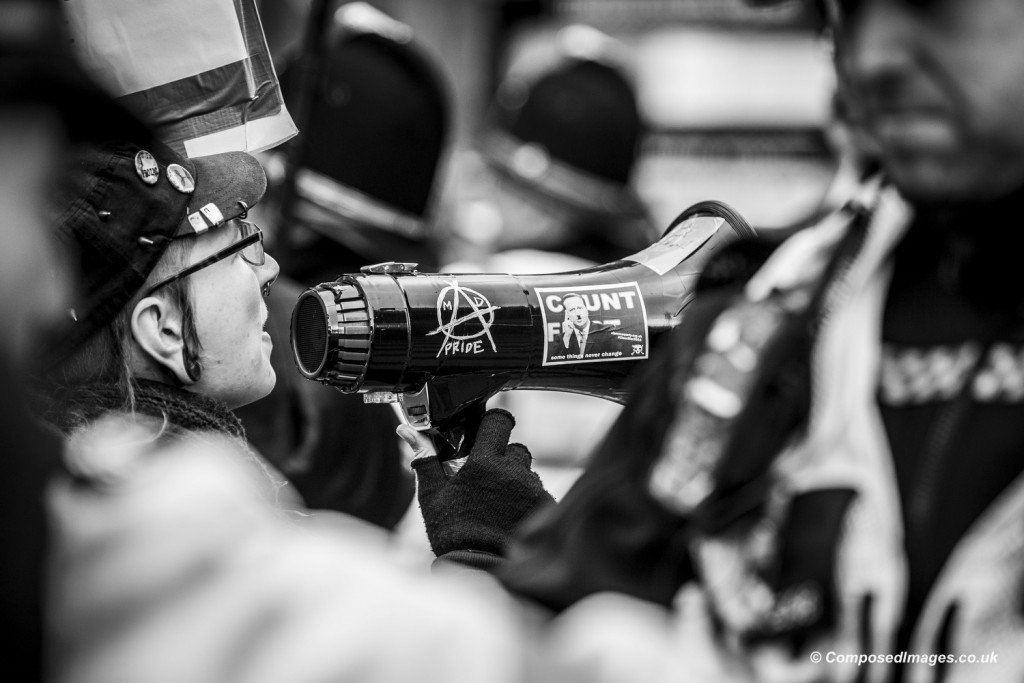 Unable to hang around for anything like the duration, I missed the major flashpoint of proceedings, the best looking scuffles between protesters and police, and the handful of arrests.

Others of a similar scale photographed in Cardiff include Free Palestine demonstrations, No To Nato protests, and Socialist protests. 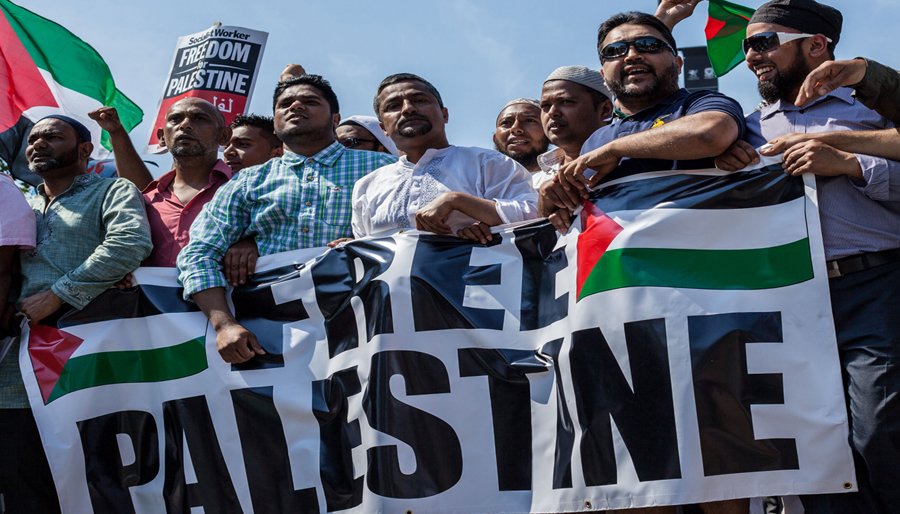 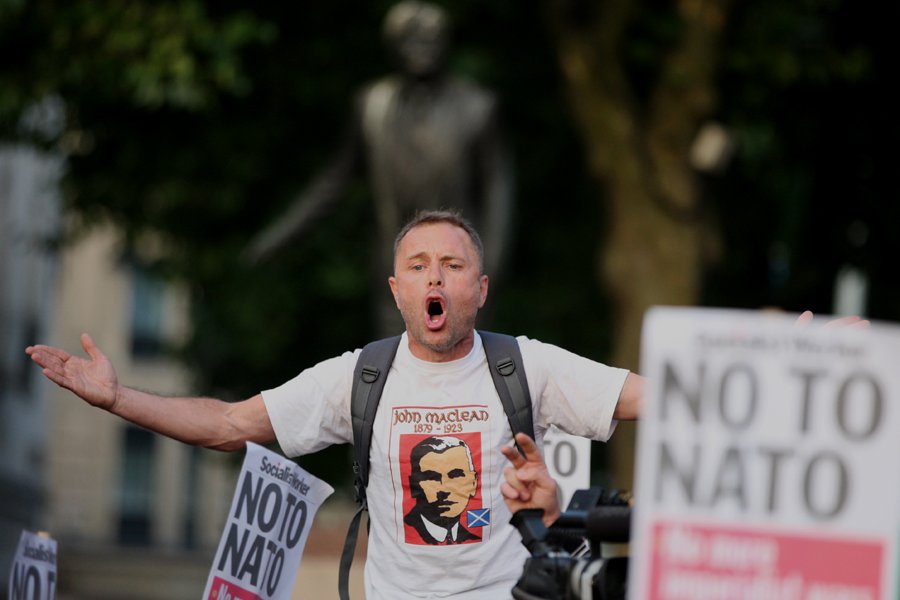 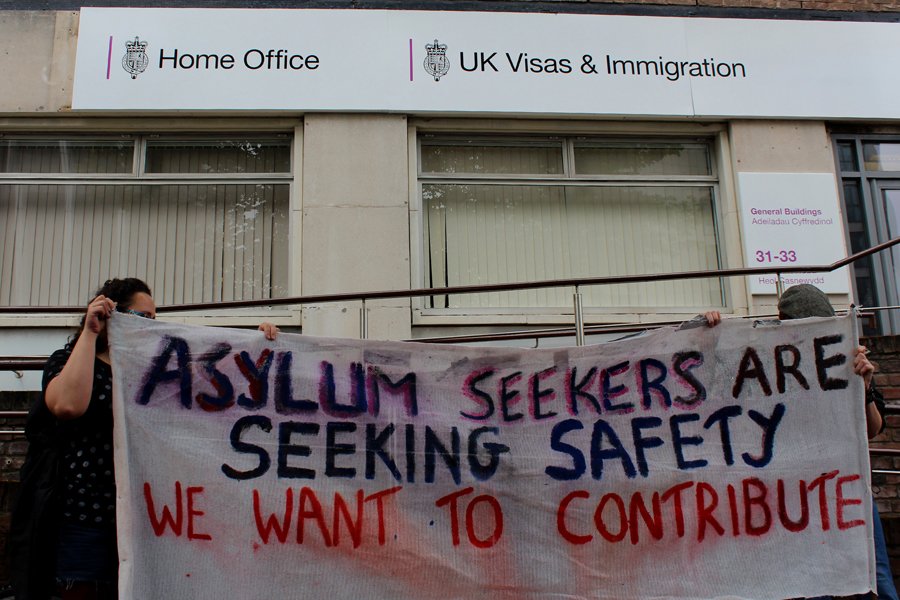 Protesters are there because they want to be seen proudly showing their beliefs, so photographers are expected and accepted, as well as common.  It’s easy to see why though. When people with strong viewpoints gather in public places, the result is usually compelling.

If you’re seeking news or press photography services in Cardiff or South Wales, please get in touch.