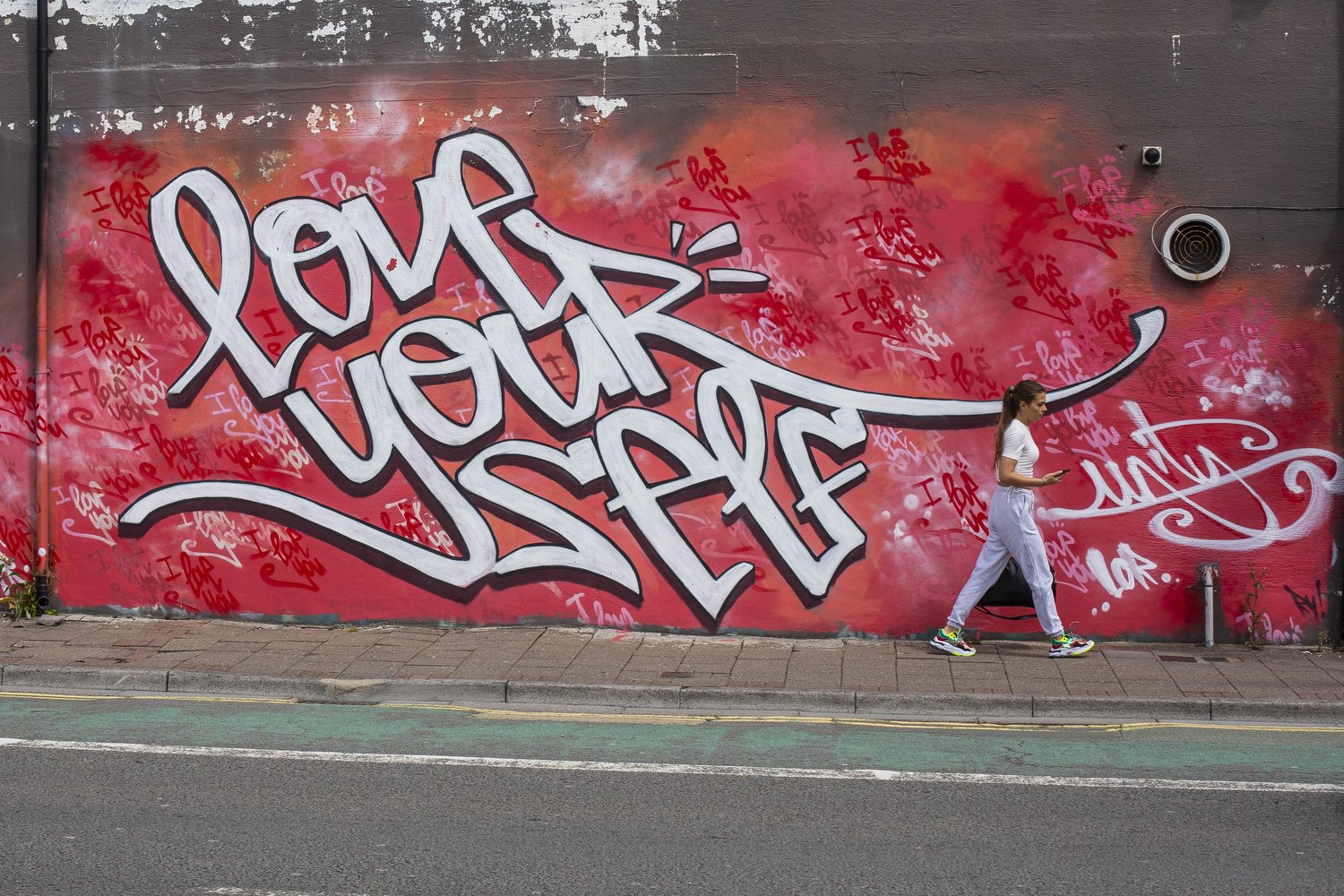 A new laptop battery led me to a shop in the Cardiff streets of my student days this week. While my machine was being tinkered with, I took a short wander. A stone’s throw away was the two bedroom flat above a shop I rented with a friend in my third year of university, twenty years ago.

There are plenty of memories nestled in my brain from this square half mile or so, strong yet hazed by time and cheap student booze. It’s difficult relating to the twenty year-old version of me.

What was I actually like as a person back then? I have little idea. Did I love myself? In a certain way yes, loads (my university days were not romantically prolific) , but that’s probably not the kind of way meant by the street art. Do I know and like myself better now? Sure. 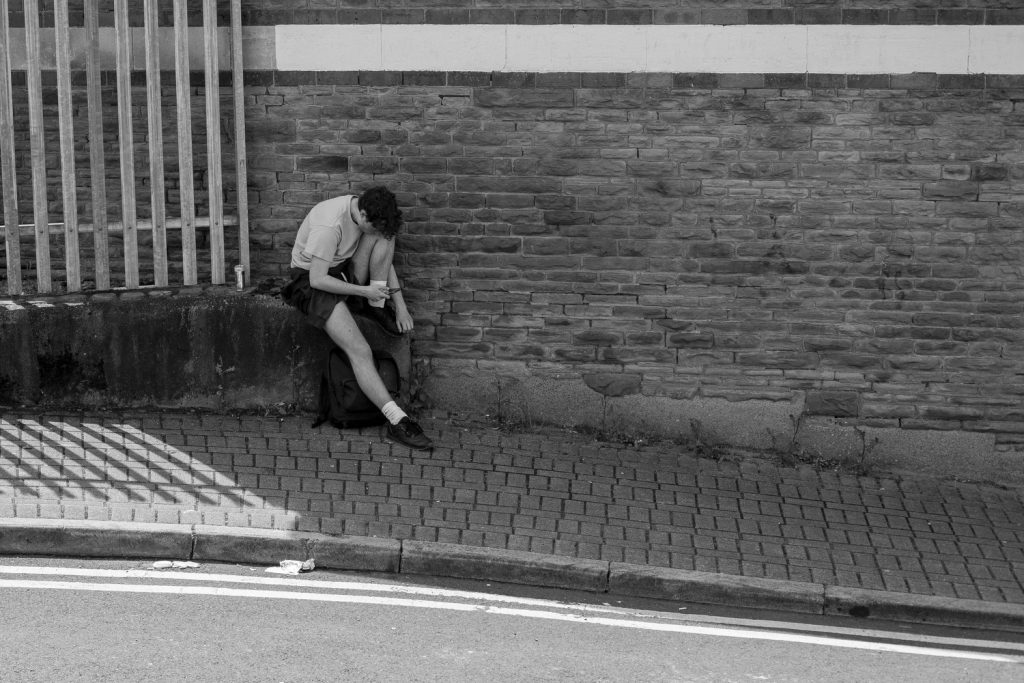 With several large Cardiff University departments still a short walk away, the streets in Cathays remain full of young people. How different is their student experience today? None are clutching Nokia 3210s and boasting about their high score on Snake.

In twenty years, the internet has grown to dominate day-to-day life. That is perhaps the most obvious change, but there are plenty more.


Heading back even further, some newly discovered images recently offered a sense of the 1970s.

For around a year, I wanted to ask my parents about their collection of slides. I always remembered the amusing slideshows we were given as kids, as I’ve reminisced about in these pages before.

Mum was able to find a cardboard box in the attic, allowing me to sift through a selection of Kodachrome and Fujichrome slides of images taken on a Pentax camera. I then made a rudimentary effort of digitising them through a slide viewing device and an iPhone. 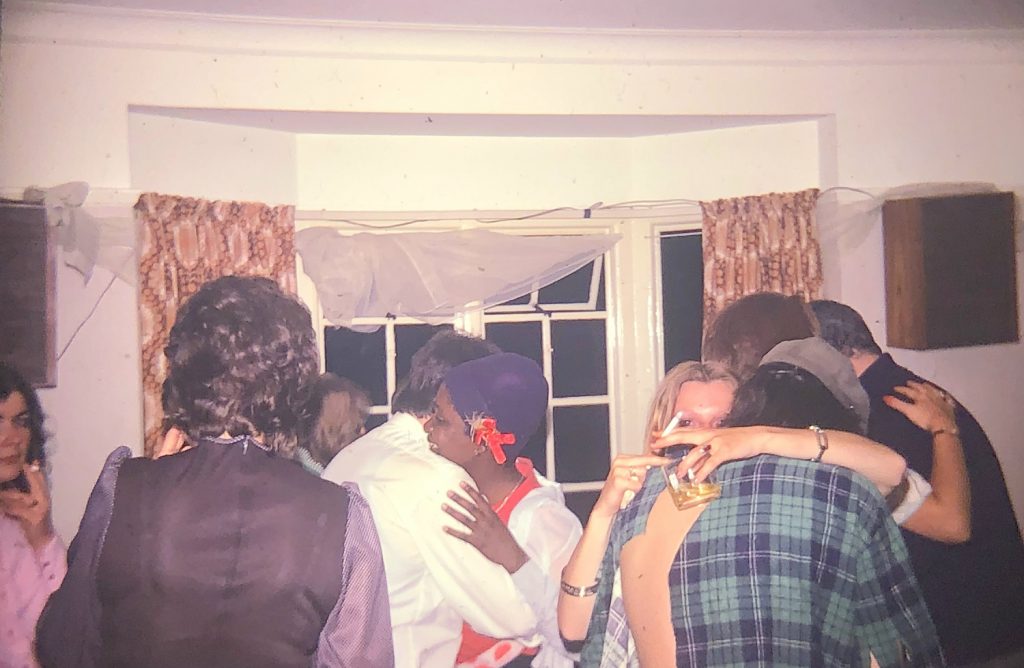 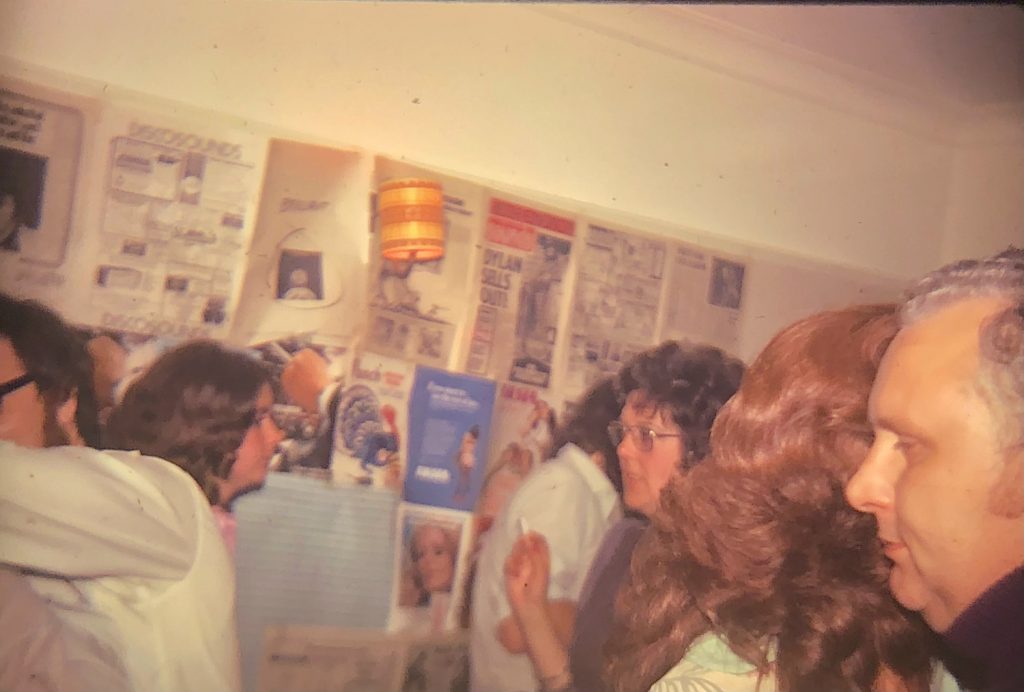 Note the newspaper cover headline ‘Dylan Sells Out’. Didn’t seem to have a hugely negative impact on his career. 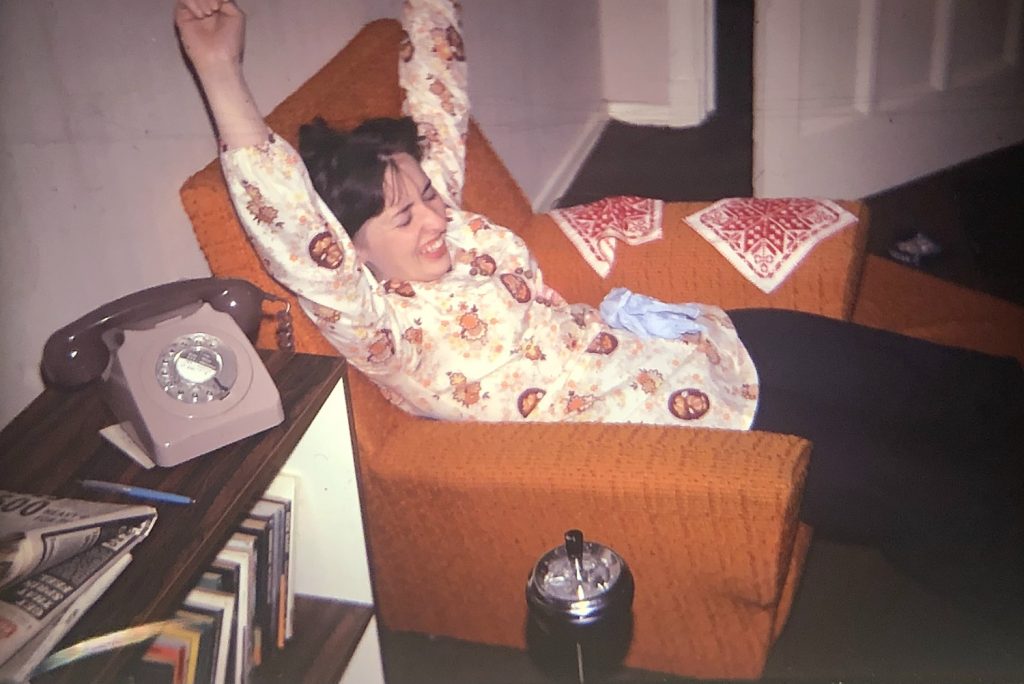 My dear drunk young mum, who turned 70 earlier this month.

Almost half a century ago now, it appears such a different era; the style, the sideburns and perms. You can almost smell the cigarette stink clinging to the walls and curtains. But also sense how normal and accepted that was back then.

The slides charts my parents’ progression from young, seemingly carefree people, to parents of young children. A passage of time I’m in right now. Here is me, around the age of my daughter now. I’m currently spending a fair amount of time in playgrounds, pushing swings. What goes around comes around, I suppose. 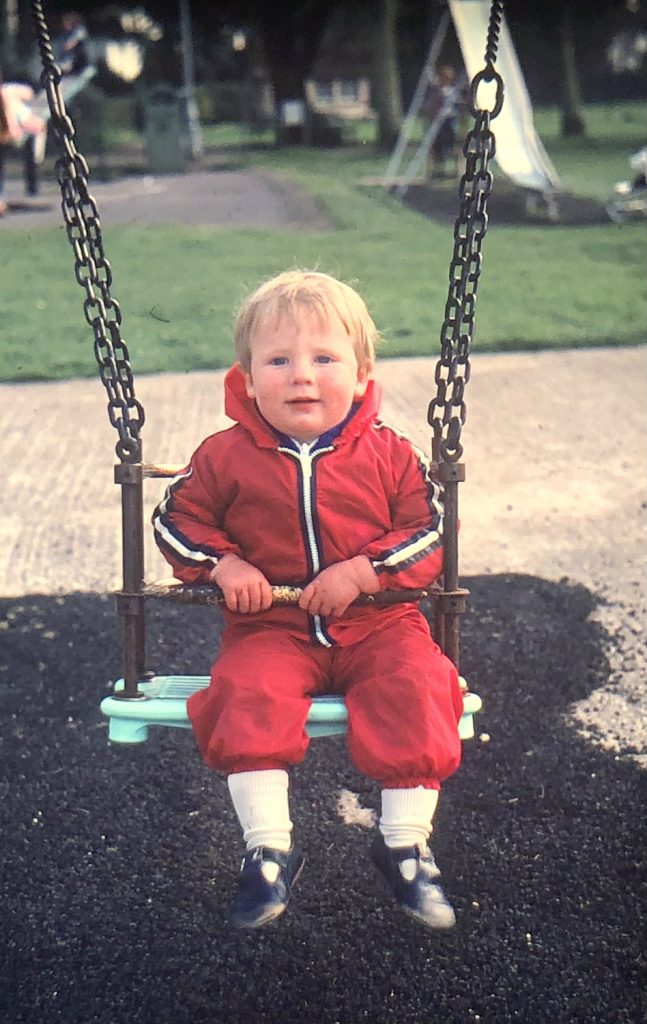 Were certain things better back then? Were people mentally healthier without the internet or any knowledge of it? Were people less introspective and happier in their own immediate world, less shackled by screens, free of flashback memories and reminders of aspiration and ambition, not being aggressively advertised to every other second?

In pondering the past you naturally wonder about the future too, especially as a parent. 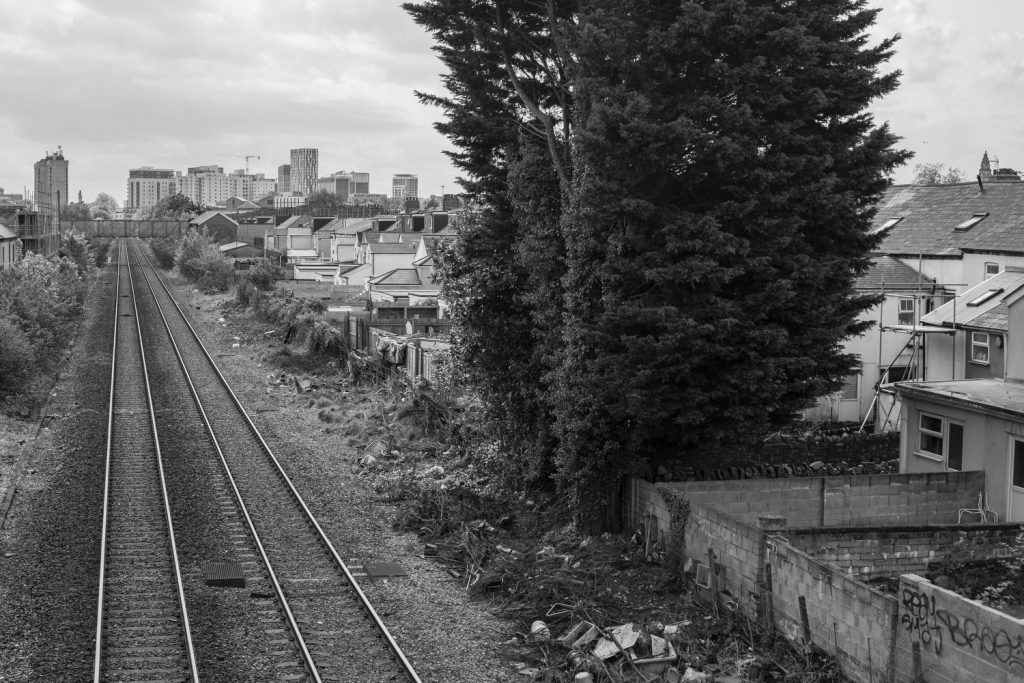 What more change awaits? What will things be like in another decade or so, when my daughter is facing adulthood? How will artificial intelligence evolve over this century? There’s plenty to be terrified about as a parent, as of course there always are for every generation.

But today, many elements of the monstrous internet are poisonous, hateful and insidious. There are wider complex issues around self image, self esteem, bullying, sexism and attitudes towards women, domestic abuse, their greater physical vulnerability horribly illustrated by the 2021 murders of Sarah Everard and Julia James.

Of course we can only embrace the time we’re living in, hope for a better and more constructively progressive future. We are always told we must live in the present, and be present, mindful, calm.

At the end of World Mental Health Awareness week, it’s worth celebrating the growing prominence and attention afforded to mental health as an undoubtedly positive thing.

Anyone can need support at any age, but having and maintaining that positive self-regard is an important mental foundation. It’s not always easy, but try to do as that first mural says. Love yourself.