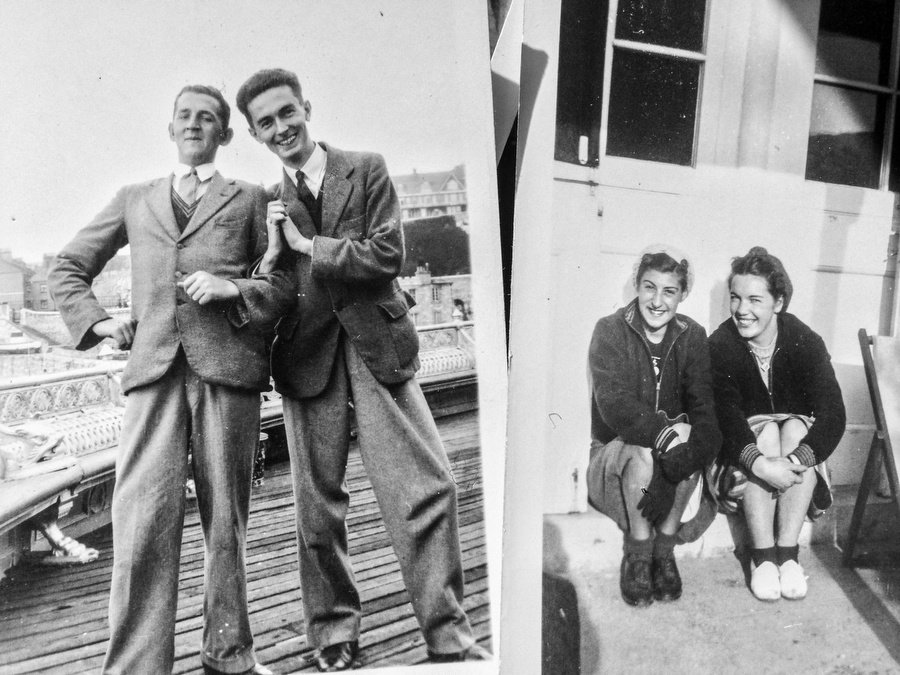 Photographs taken outside our living memory offer us a sense of place in time.

My early interest was probably borne of childish delight at the mid-1980s slideshows my Dad projected onto a screen. With all its whirrs and clicks, back then these big screen stills seemed the height of home technology. I loved them.


A wider source of fascination is the idea of being trapped in the present, of only being able to experience and understand the world as it appears around us in the moment we live in. This is explored a lot in art, fiction, books and films, using devices like time travel or alternative realities.

In recent years, for me it was done best in a critically acclaimed book by David Mitchell, and its indifferently received 2013 film adaptation of the same name, Cloud Atlas. It tells a sprawling, looping sequence of interconnected stories set in a variety of extremely different times. (In the film, some of them work better than others). We are asked to consider our own place in time and how small things we do might relate to both the near and distant past, and the near and distant future. Much like the iconic Back To The Future film trilogy does, but using a more ambitious timeline.

Less spectacular box office entertainment they may be, but old photographs can do the same thing.

Photographs help us tell stories. You might say this remains their primary reason for being, which is played out every day in news cycles: a photograph is an implication of truth used to complement a story in print and online.

On a personal level too, they help to embed and affirm memories. They aid us in piecing together a history, in describing relationships and people we can’t and won’t ever fully know.

Which is why it’s so addictive, the constant seeking of more precise details and connections. Google searches can become wackily abstract as you try to pin down exact locations: “1930s Pale Ale advert Plymouth promenade”. 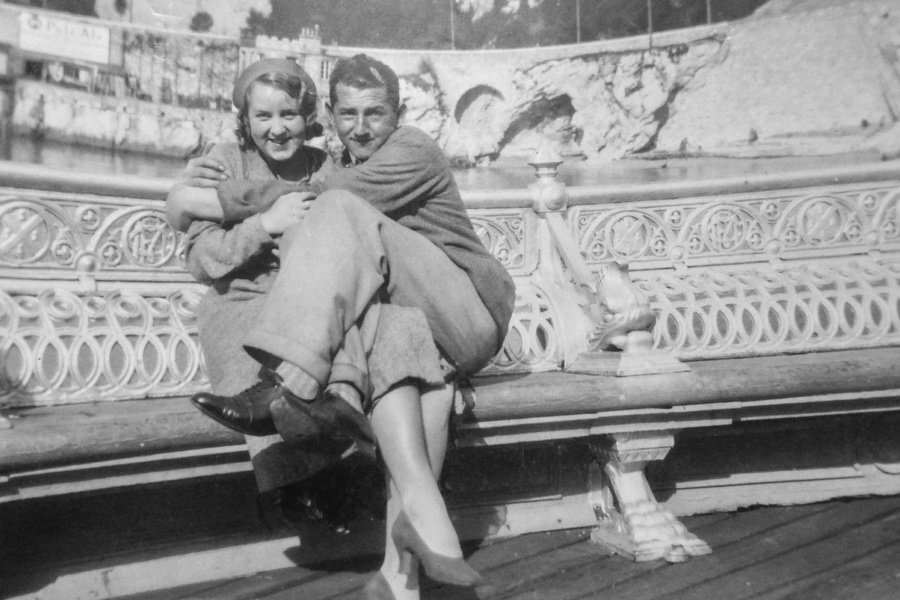 It’s not hard to understand the growing popularity in exploring family history and old photographs. The convenience of our digital information age lends itself to it.

A new box of old photographs

A short while ago during a visit to my parents’ house, my mum was sifting through the contents of the attic, clearing away old clutter and trying to create more order. (She’s very organised is my mum). There were several dusty boxes of old photographs.

I had trawled through similar while clearing my wife’s family home a few months earlier, uncovering remarkable finds like this. 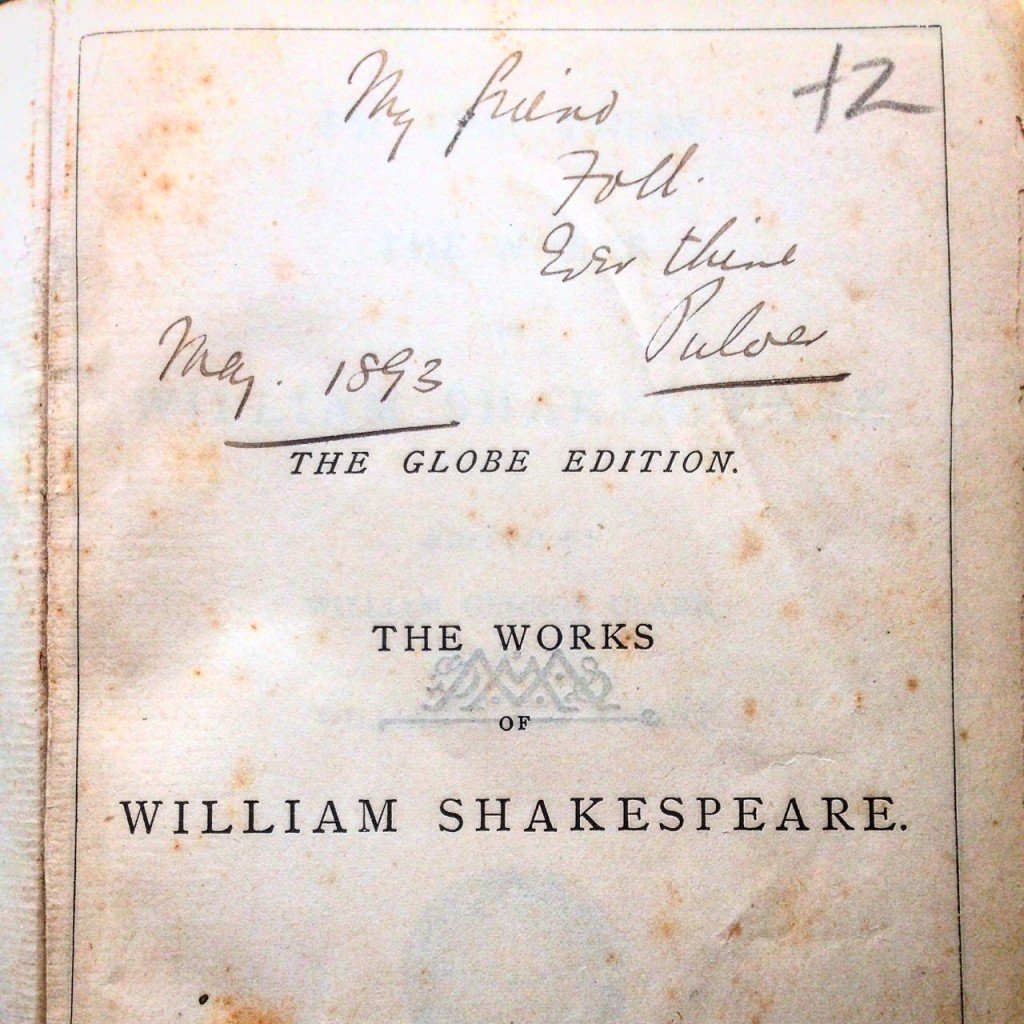 
I relished the box mum unearthed because of the greater connection, the fact I had had a relationship with one of the central figures in the old photographs. 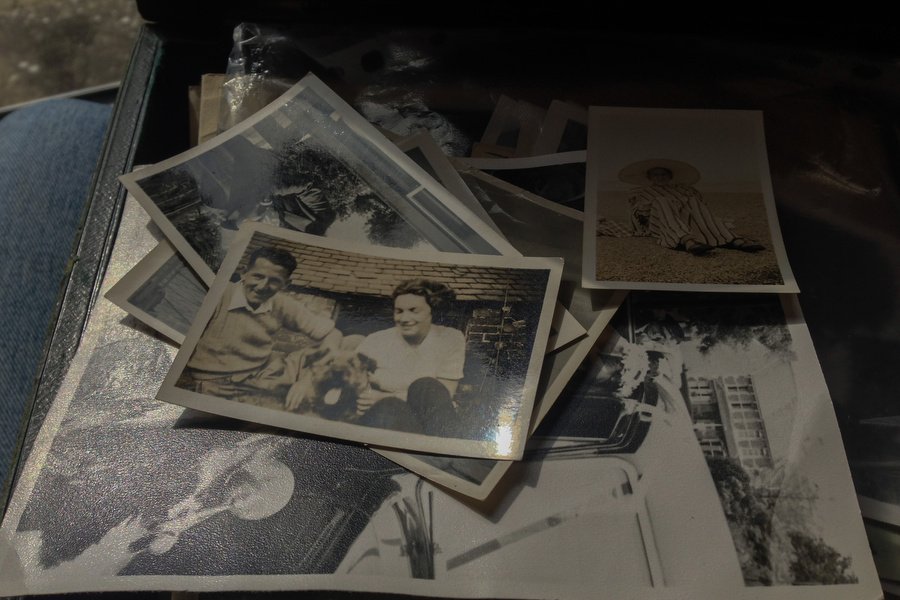 Grandma Pearl died back in 1994 and it’s always a regret that I couldn’t have known her as an adult. It’s probably a common regret of people who lose anyone close when they’re young.

I remembered her as a strong old lady without airs and graces who imprinted distinctive curses into our family parlance – “shit-balls-arseholes-dick-cock-fart” being a personal favourite.  Her term for generally pottering around, “duckfarting” remains the most commonly used. You might say that I’ve been duckfarting with these photos. These sayings were exceptionally amusing, aged 9 or 10.

My early memories of visiting her in Devon for family holidays remain magical: my third birthday spent there, trips to the seaside, sleeping in what felt like an endlessly long hallway with my brother, a ghostly painting in the kitchen, playing on the carpet with Dukes of Hazard dinky toy cars.

A box containing small and to me unseen old photographs revealed more of her younger life than I’d ever seen before.

There were other 1930s’ snapshots of relatively un-posed moments. They feel like a precious insight, a fleeting window into a different time. To me they demanded that you look, really look and feel the photographs, rather than glance and flick a forefinger as you would on a smartphone screen.

In the image directly below I loved the eye-contact, the ice-cream cones, the frame within a frame composition, and the reflection of a long uniformed man in the right window pane, on what appears to be a warm summer’s day. Was this really the point of interest for the photographer? 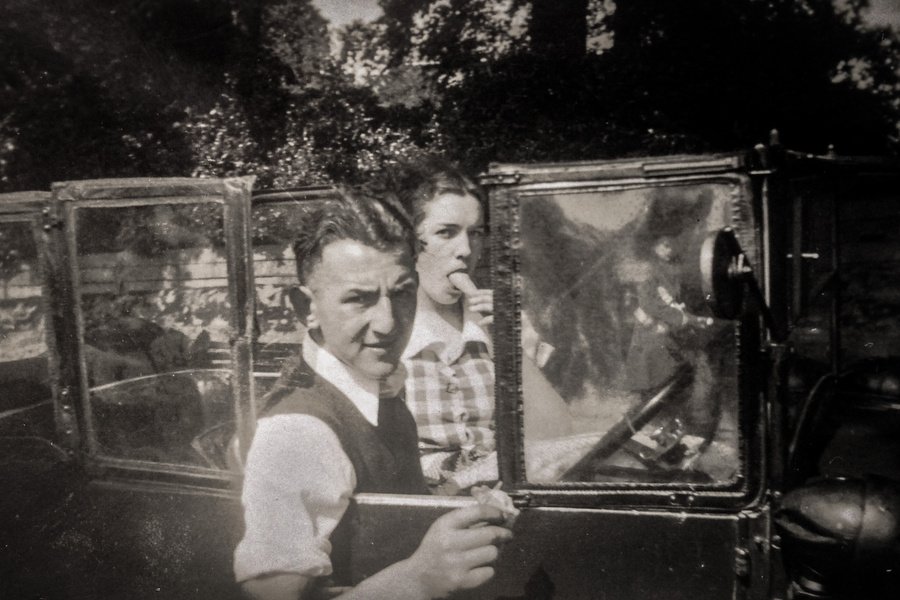 She and my grandad Frank, who died many years before I was born, made a dashing young couple. They have personal moments of what appear to be genuinely touching happiness. 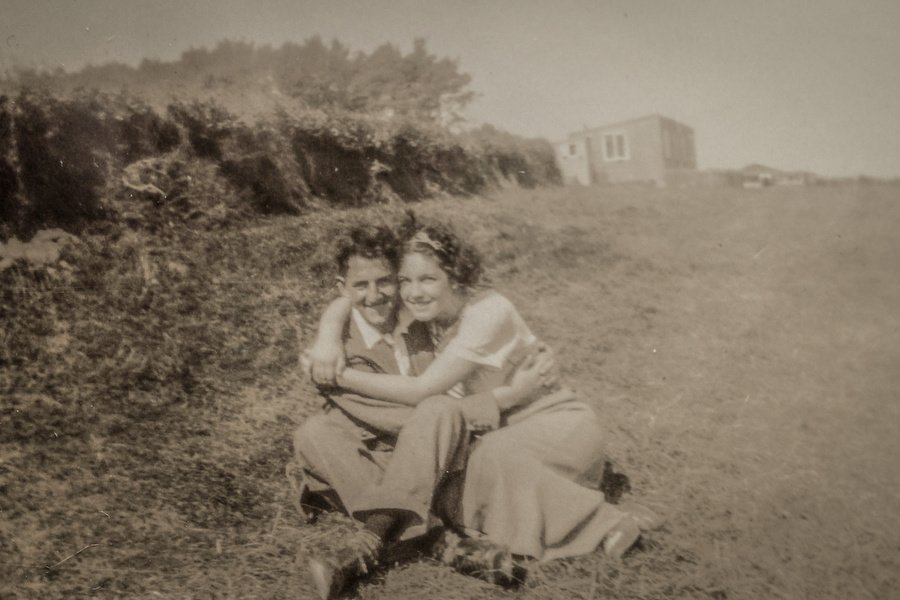 And they have moments of relatable frustration and annoyance. 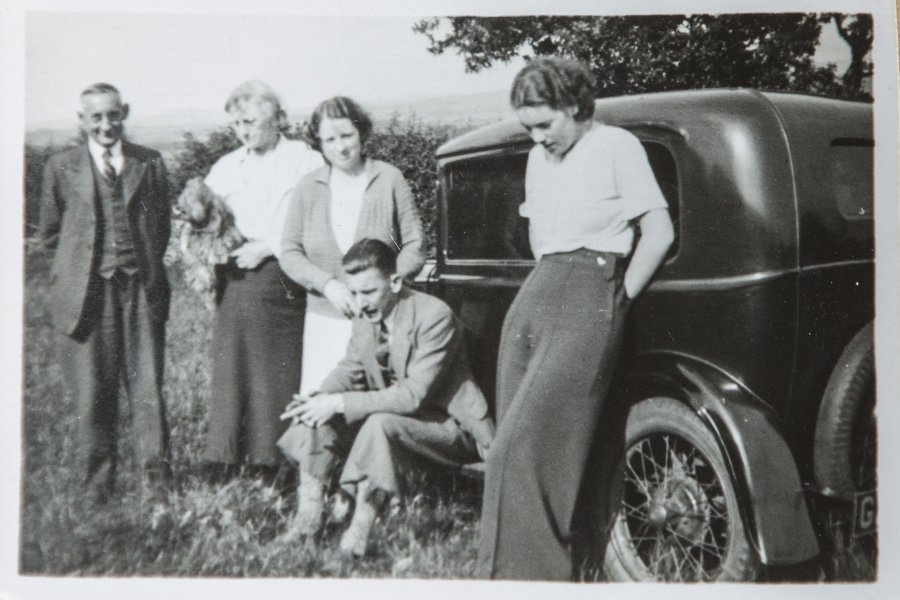 The fact that so much is unknowable makes it all the more interesting. Why did they look so fed up? Had the car broken down? Had people argued? Who was the chief antagonist or mood-dictator?

Social class and war make a big impression on lives. 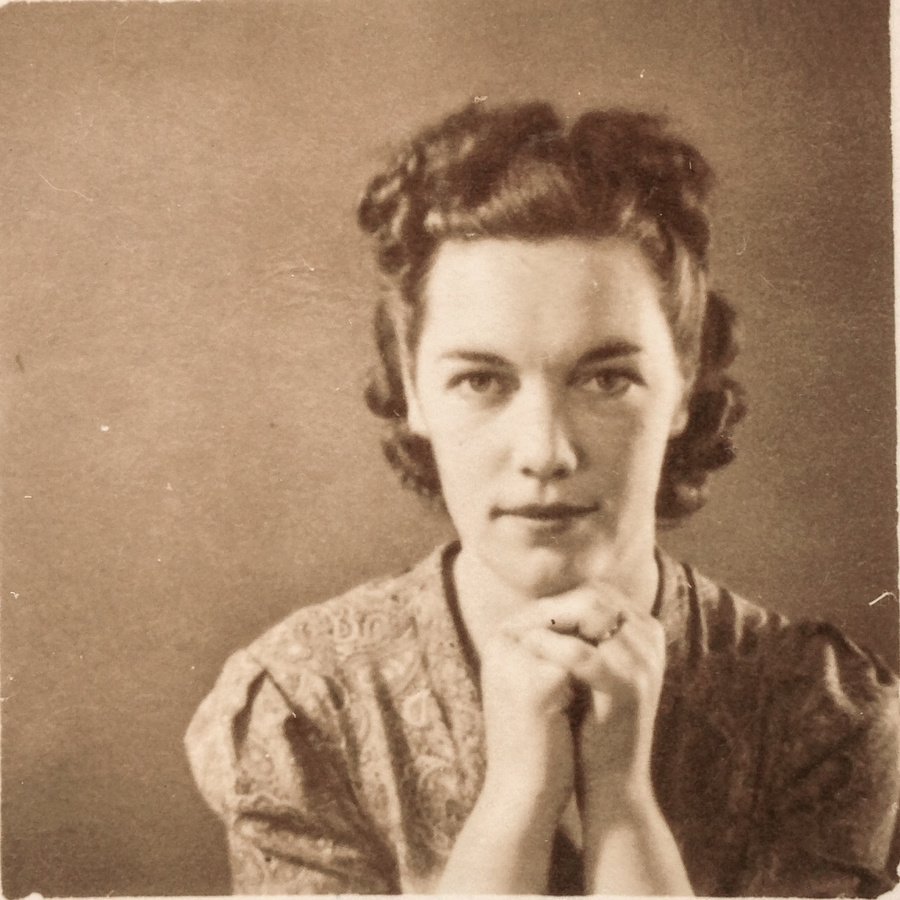 Personal wealth and social prosperity ebbs, flows and splinters messily through the branches of family trees. How did they get so rich? Why did they get so poor? It’s another compelling area of family history.

Evidence of old photographs suggest my grandparents were financially comfortable for the time, with a nice spread of friends, family, day-trips and social life. Then there’s a sudden gap of around ten years without any images. This covers the period of World War Two, when my grandad had a reserved occupation involving water towers. After this they lived in a slightly ramshackle structure on Dartmoor, near Plymouth.

It was bittersweet to see photographs from his time with Scouts-type youth groups. In amongst the fun, a military sense of order and discipline. You look at large group shots of kids on trips in the 1920s and can’t help wondering how many of them were denied a future by World War Two, or how they had their future defined by that period. 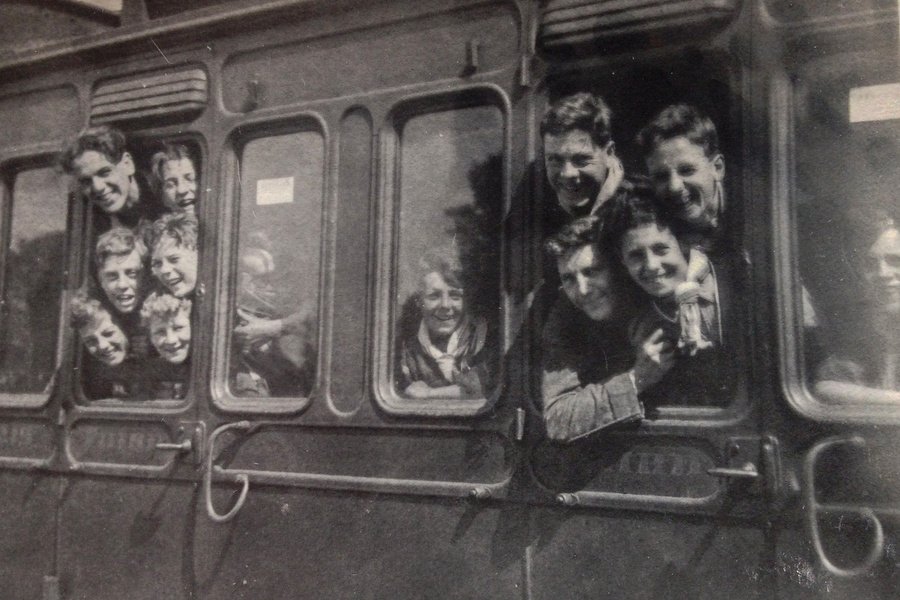 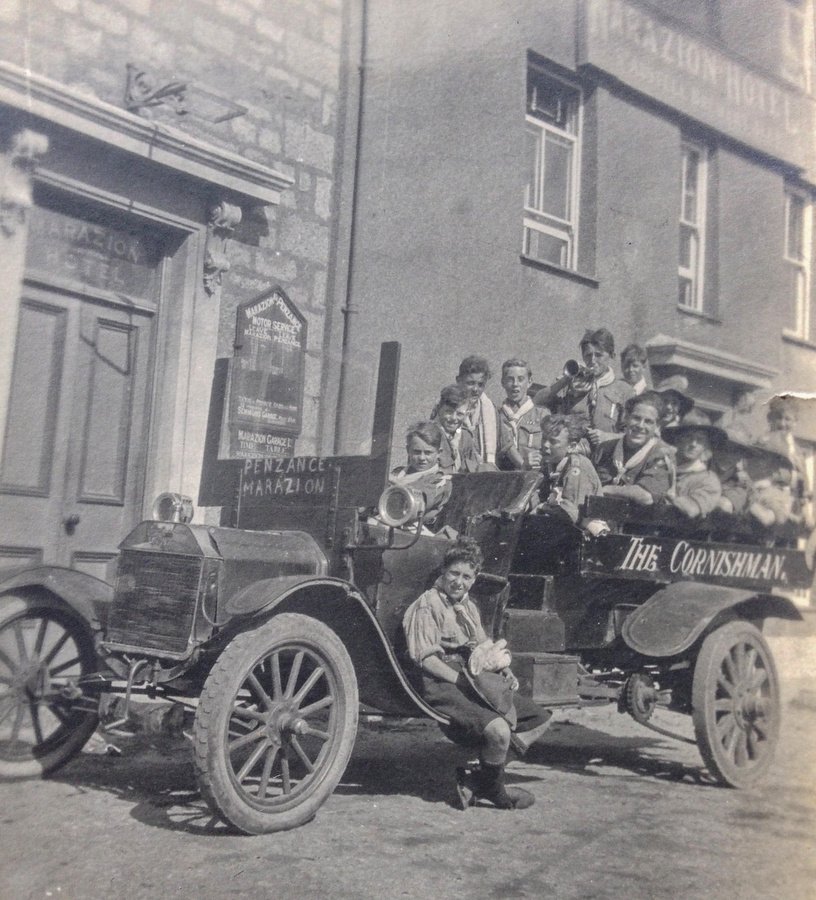 A more amusing ripple of time was found in my grandma’s trenchcoat, seen here in a posed shot with her parents and one other. I’m not sure who the other lady is. Grandma to me seems confident, happy, young, stylish. 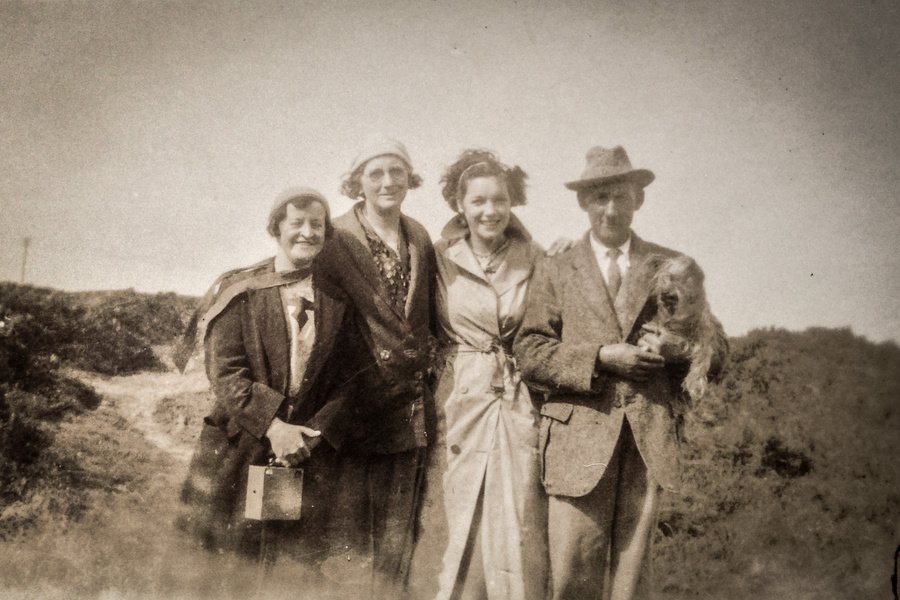 Spin forward about 50 years. What’s she wearing as she appears to try and soothe my temper tantrum, furiously hugging my comfort blanket away from her?  (Which I’m sure I was totally justified, by the way). Could it be the same trenchcoat?  I’d like to think so. 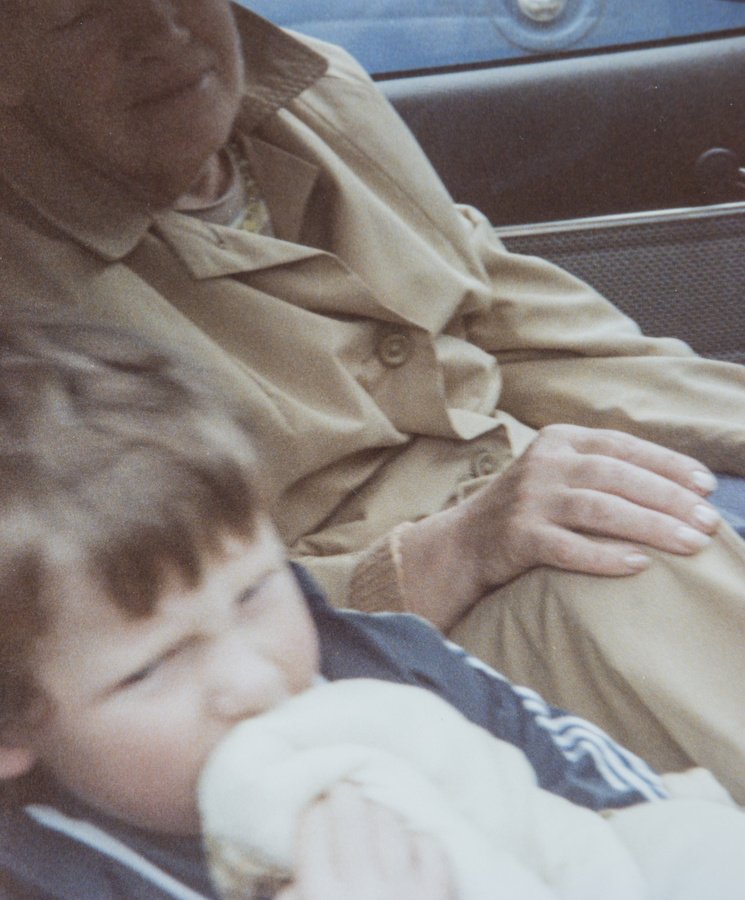 Our Photos And Future People

Such details I hope stay interesting to future generations. Because in a way you keep people alive by remembering them after they’ve gone – which I suppose is also partly the reason for this blog post and sharing the pictures.

“Some day soon, perhaps in forty years, there will be no one alive who has ever known me. That’s when I will be truly dead – when I exist in no one’s memory.”
– Irvin D. Yalom.

Or as the contemporary artist, Banksy sub-quoted:

“I mean, they say you die twice. One time when you stop breathing and a second time, a bit later on, when somebody says your name for the last time.”

Will old photos stay interesting? Or will today’s digital tsunami of cat pictures, dog pictures, baby pictures, food pictures prove too overwhelming? It may well all be up there in the cloud, easily accessible, but probably far too much of it. Major will and effort would be needed to contemplate sifting through thousands of selfies and pets to find anything vaguely interesting.

Perhaps we all need to be like highly organised mums when it comes to organising and curating our digital photos of today. Only a reasonable sense of order will give the next generation and all future people a fighting chance of being interested in us and keeping us alive.

That said, I sometimes ponder a future post-apocalyptic world where almost all photographs have been totally obliterated and nobody is able to look back at all; a time when all duckfarting has ceased. What a world that would be. Cheers grandma. 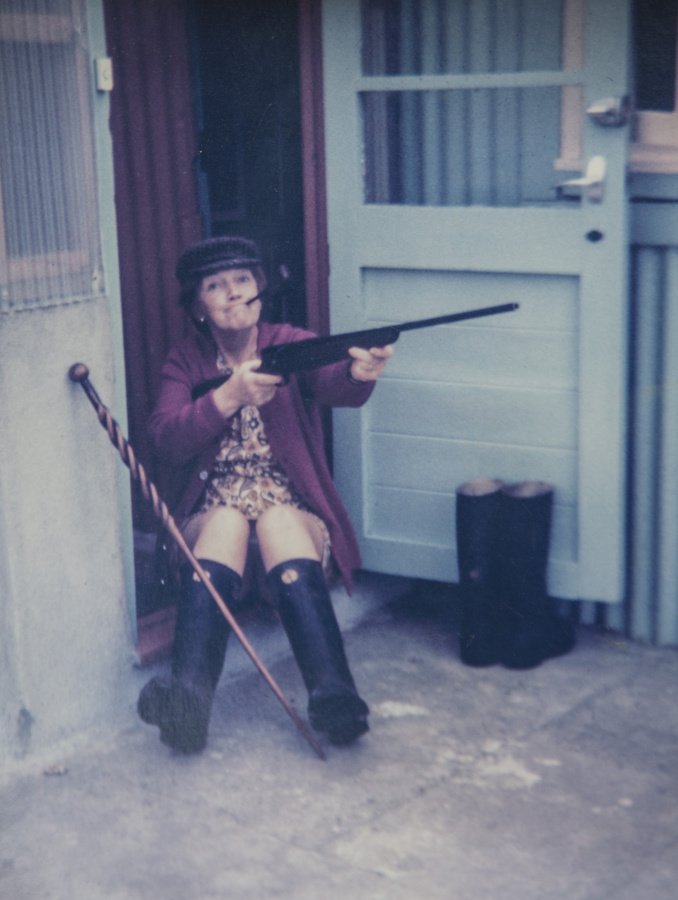 […] Earlier in the year, local Cardiff documentary photography efforts saw me explore the areas around Rover Way and Cardiff Bay, pondering their respective histories as I went. These pages were also used to ponder the significance of old family photographs and memory. […]