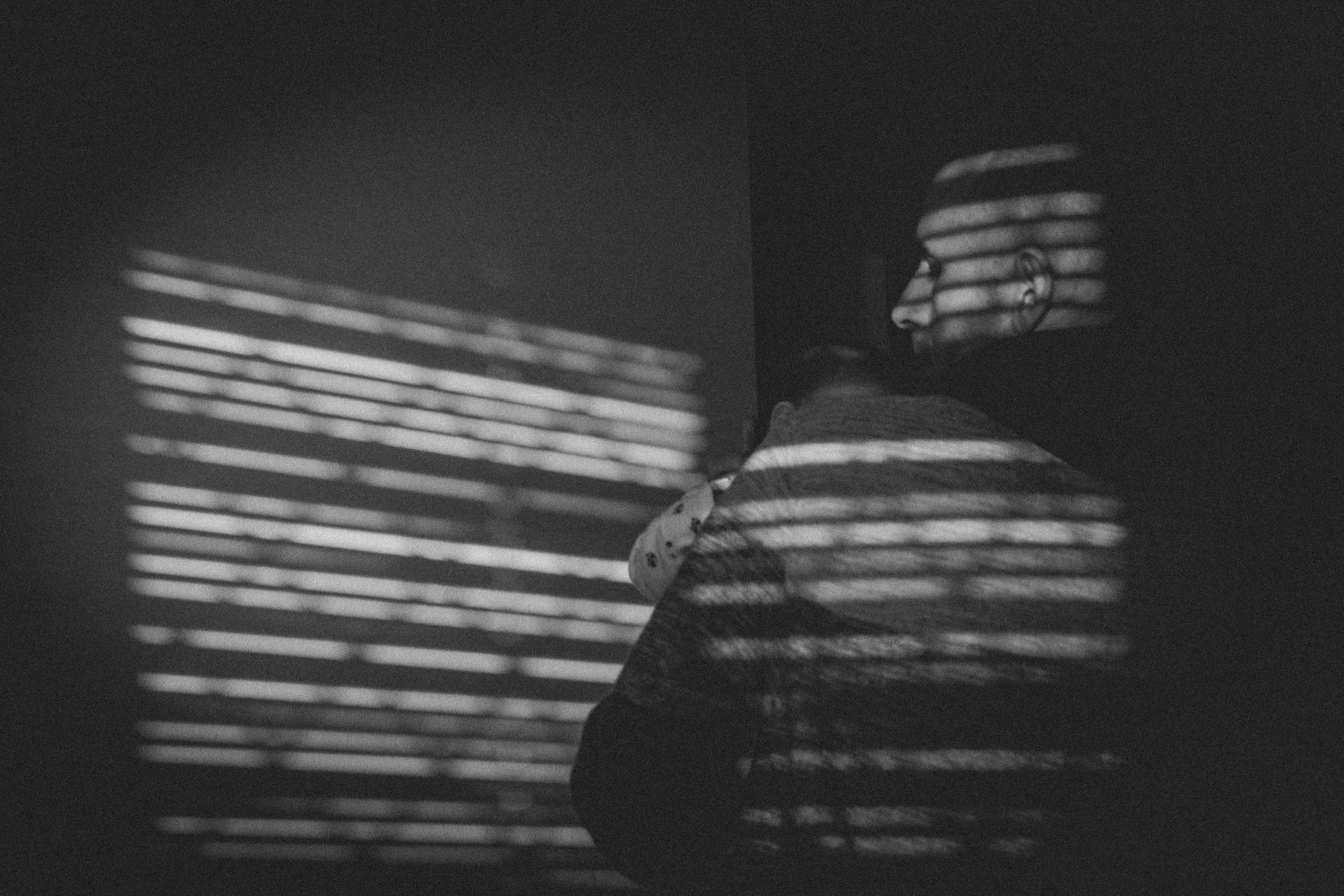 Two months into fatherhood and I still feel uneasy on the issue of sharenting. That is, sharing pictures of your kids online.

Sharenting is a subject which I’ve long wrangled with. My brother’s reticence about images of his beautiful kids has meant I haven’t shuncled very much over the years, despite having many lovely images of his children. Initially I half sulked about this veto on sharing cute photos, as is firmly in my remit as a younger brother, but now I understand it more.

Sharing pictures of your kids is common behaviour. It’s a way of expressing and broadcasting understandable pride and love of your children. You have created this beautiful wonderful being. You are more proud of them that anything you have ever done and you want the world to see. It all figures. Parental love is a ferociously strong force of nature rooted in our biological programming, and necessary in perpetuating our species. Sharing photos is just a kooky symptom of that.

But still it makes me itch, because the internet and social media makes me itch. Even though I am as addicted as everyone else.

Why is sharenting popular?

It can seem like everyone does sharenting. Like it is virtually a modern obligation of having a child. From the scanned ultrasound pictures to the first gentle rising pregnancy bump, to the delivery suite, first steps, first school uniforms and on and on. You share photos.

I follow a big league photographer who regularly posts stunning, highly produced and stylised portraits of Hollywood A-listers, followed by personal family photos, pictures of their kid in the bath. Personally I don’t get it, but it likely comes from the same proud craving to share as any other parent has. People share pictures of their kids just to show off how cute and awesome they are, and how proud they are.

For me as a photographer it could be a nice additional advertising vehicle. A new avenue to show off pretty pictures of my gorgeous small person, perhaps leading to a new revenue stream taking pictures of other small people. Perhaps not. Many people have this idea. Perhaps it would bore and alienate my existing small audience. Pictures of babies and children can get seriously boring.

There are stock photography opportunities too, but how comfortable do I feel trying to sell pictures of my child breastfeeding, or doing anything else? Should I be less sensitive as I know others are? This is, after all, how I make money.

For a select few catalogue pretty insta-famous lifestyle sorts of people, it can ultimately turn into a way of generating reasonable income through advertising and sponsorship. There can be serious currency in a big following.

Obviously I have already taken countless photos of my child – undoubtedly the most beautiful and all round best human ever to exist. But the newborn image posted on Instagram remains the only image I have publicly shared, and even that I feel conflicted about – one of the most personally meaningful photographs I have ever taken, out there, wide open on super dumb Instagram. (I may well remove it at some point). (Edit: I did). These are sensitive individual decisions and there are no clear rights and wrongs. As with much in parenting, or so it seems to me in these early weeks, some kind of dim intuitive instinct lights the way.

All the same, you wonder how you might be considered for not sharing. I didn’t post anything on Facebook – partly out of reluctance to manage confusing comments from (sorry but) old people, partly because at least a third of my Facebook contacts are old school friends who I haven’t seen in 20ish years, so I have no real idea who those people are.

But that itself might be considered weird. Why would you not want to broadcast this life-changing news? Don’t you care about your kid? Are you not proud? Don’t you want the world to see how proud you are? What a terrible uninvolved parent you must be!

The truth is you are probably not considered much at all for not sharing. Those who don’t practise sharenting probably fade in the consciousness of those who do. Much like you might grow less aware of people who don’t use social media that much. Most people are far too self-involved to be wondering about other people they haven’t heard from for a while.

The modern internet is deeply weird and toxic. People who use it are weird. I know I am, and you are. It is actively designed to promote weirdness.

You, you ‘Like’ how many posts a day? Is that normal? And you, you spent how many hours of your life cultivating that following of thousands of profiles (and systematically unfollowing a large fraction to make yourself appear an impressive authority). For what? Is it enough now? Are you happy? Will it ever be enough? On top of this, you have thousands of Facebook friends. Actually thousands of apparently real people you have friended on Facebook. How is that even possible? And what about you, you just sit there lurking silently, scrolling and swiping all day. Is that normal?

What even IS normal anyway? Social media promotes massive anxiety. It is actively designed to tap into insecurities for commercial gain. It’s a vehicle for bullying, trolling, hate (I don’t personally know of a single instance but surely loads of kids have been bullied using images their parents have shared). And, probably most disgusting of all, it is a vehicle for endless vapid motivational drivel.

Social media a big ugly thing to be treated with extreme care. As discussed elsewhere, I try to have breaks from it because the result of too much time spent on it is invariably negative.

Yes, you can have a private account or set privacy levels and customise the experience. But the people who own big internet companies and control these apps are weird too. I do send pictures to my family using Whatsapp and think it’s fairly private, but Whatsapp is owned by Facebook so it’s probably not all that private. How these organisations control, harvest, manage or sell our data, today and tomorrow: that is all virtually unknowable.

Calm down and relax, idiot

It could be that I am overthinking and over-dramatising the issue. I might just relax.

Maybe this paranoid uptightness will thaw and ease in time. As my child grows and becomes more interesting, more than a demandingly intensive plumbing project that is occasionally cute, I could become powerless to resist the urge to share.

Controversial it may be in a world where blogs or tweets from years ago can be pulled up and used as an example of gross hypocrisy, but I reserve the right to change my mind about stuff. If my kid reaches 18 and is cool with everything, perhaps I’ll share stuff then. Or maybe Russia will have strangled the internet by then.

Right now though, sharenting is off the agenda. I am more protective of this small person than I have ever been of anyone or anything. So I am not sharing. 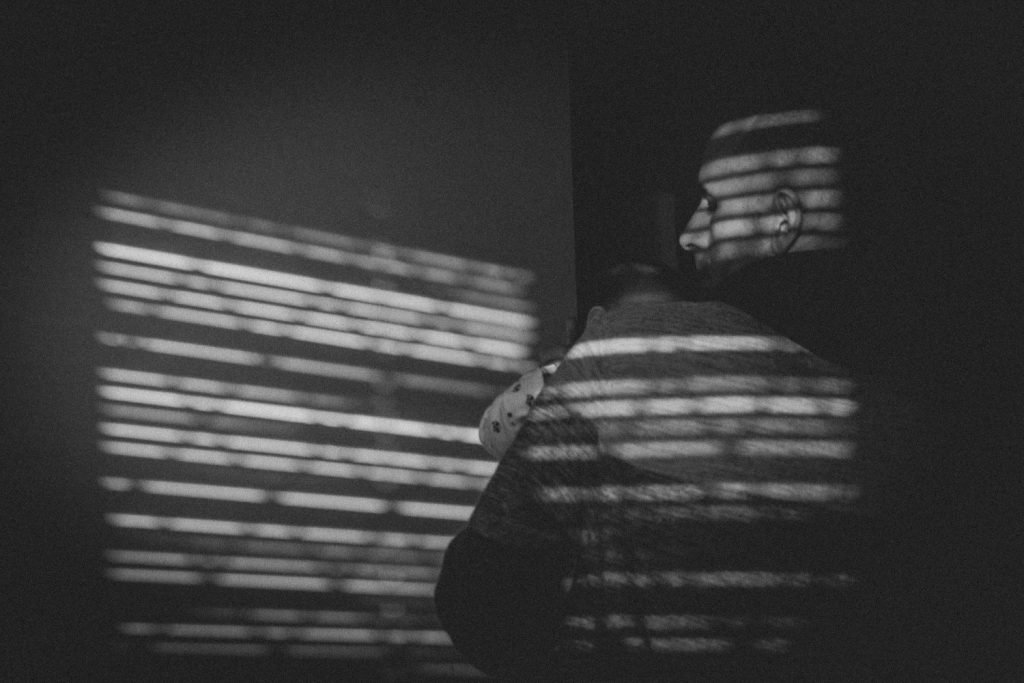