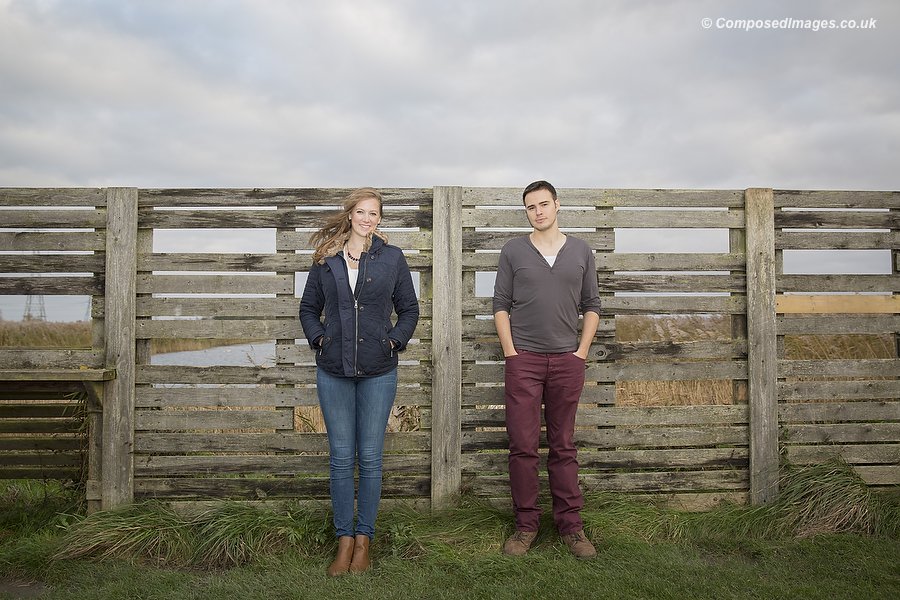 In the middle of November it was tough trying to find a date for engagement photography that wasn’t likely to be either blowing a gale or solidly raining all day. But somehow we sort of managed.

On the afternoon of the middle Sunday I met Sara and Stuart to take some engagement photos for their new wedding website. As a designer and digital artist, Stu knows his way around the online world better than most, and he wanted images for the online platform he’s building around the big day.

We met a short distance from their home in Newport and took a walk down the wooded paths alongside Malpas Brook and lake which seemed popular with fishermen, finding the odd splash of autumnal colour. 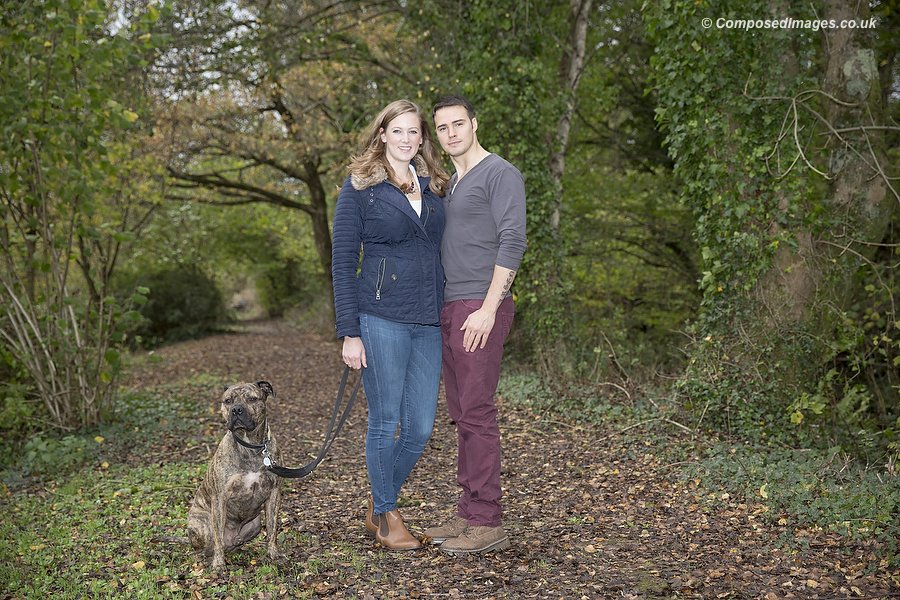 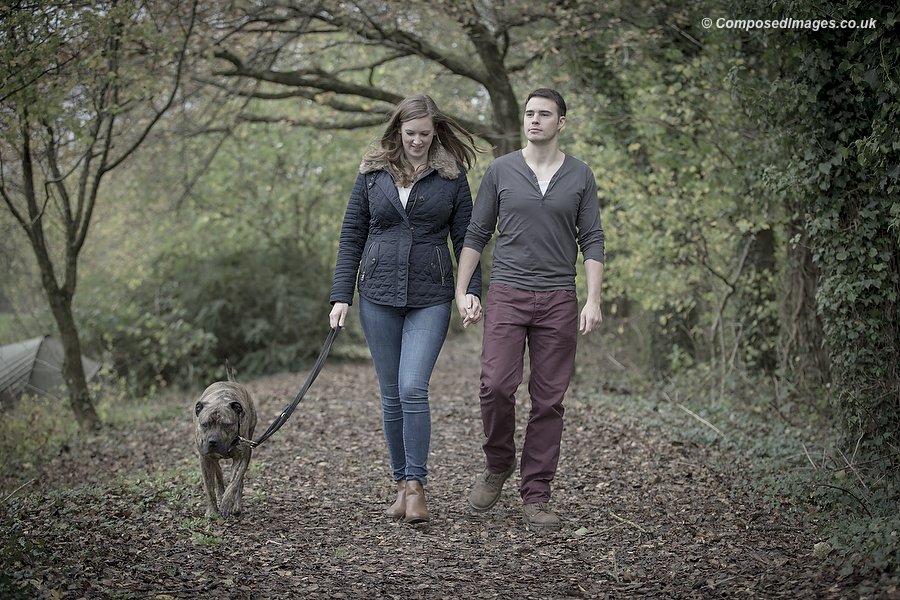 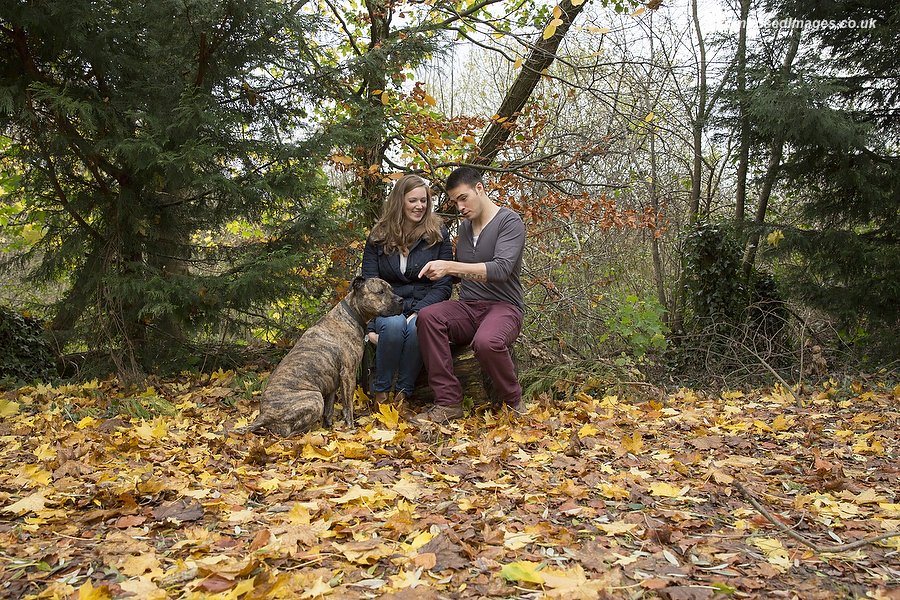 Sara and Stu live a short way down the M4 motorway in Newport with their dog Duke. Duke more or less adopted them a few years ago after being rescued from the side of a busy road. He’s clearly a big part of their relationship, and as a dog lover myself, I really enjoyed him being a part of the shoot. 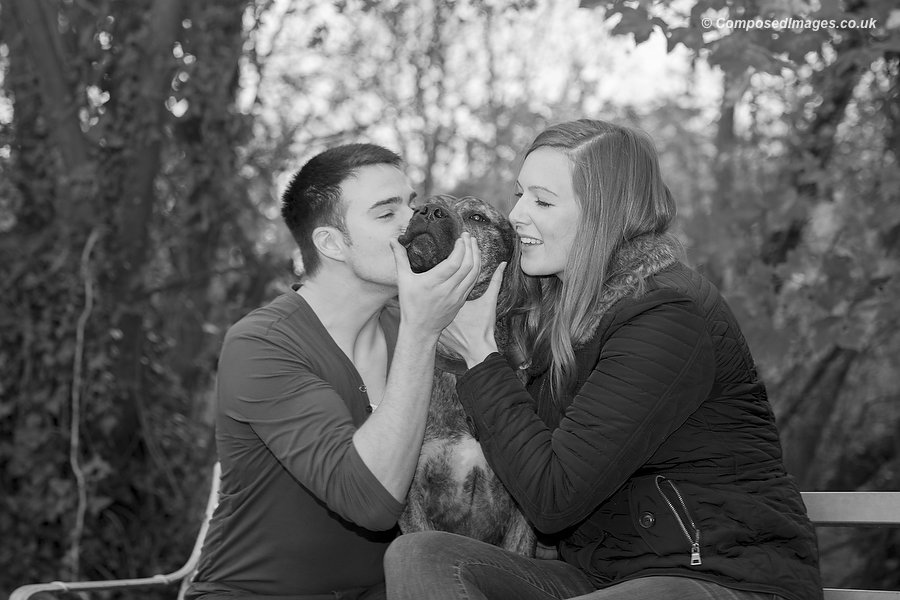 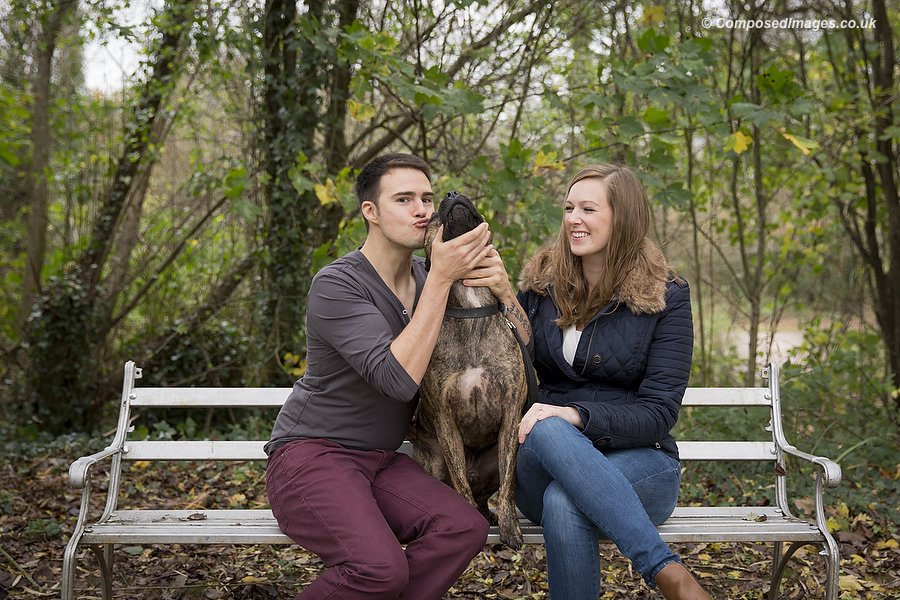 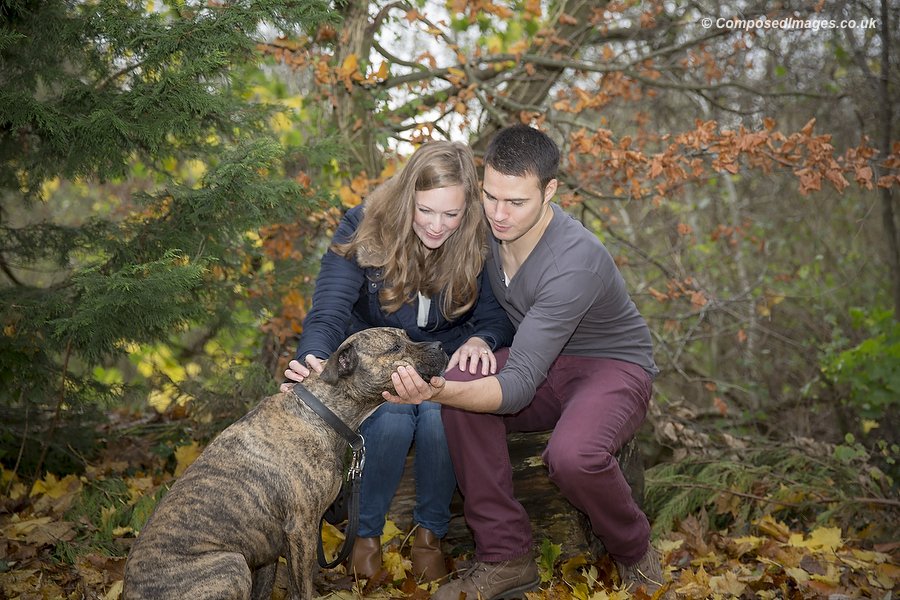 I always enjoy the framing effect tunnels of trees can have around a couple. While I’d hoped for a beam or two of sunlight to arch through the branches, none appeared. Still, we managed to get a few frames I was pleased with. 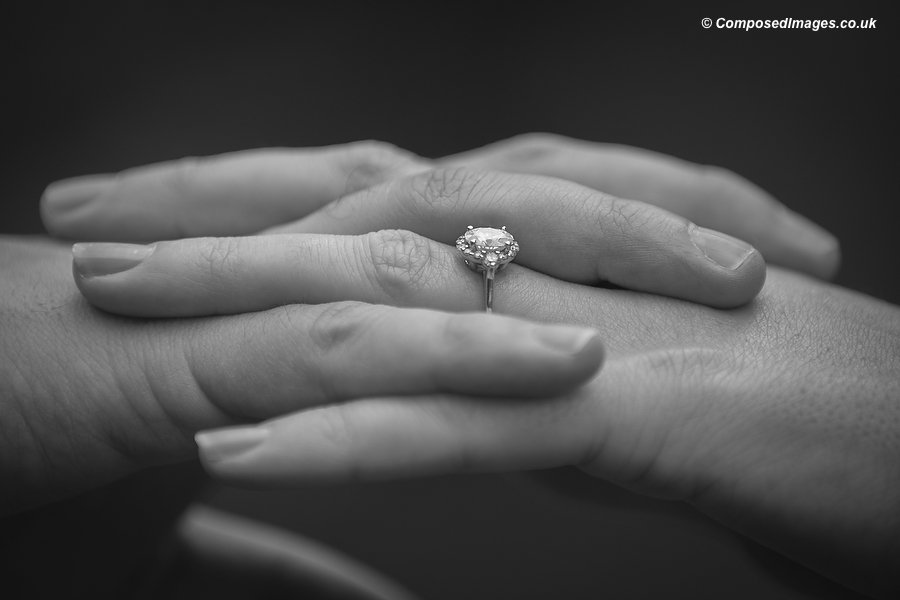 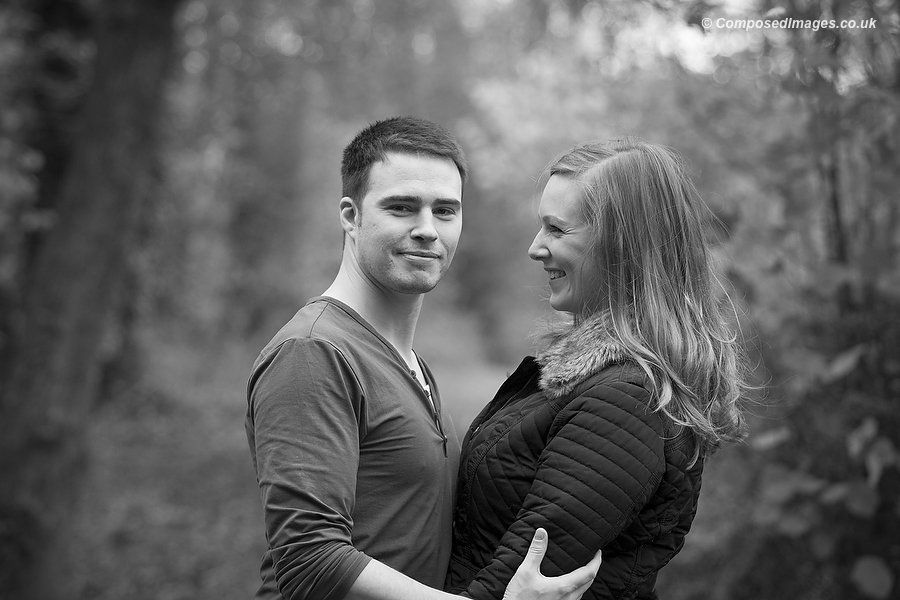 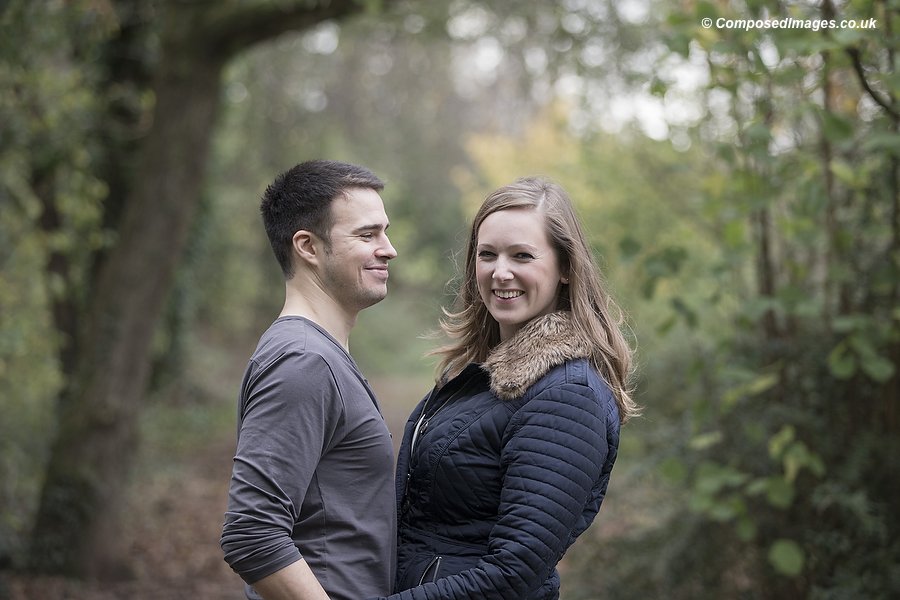 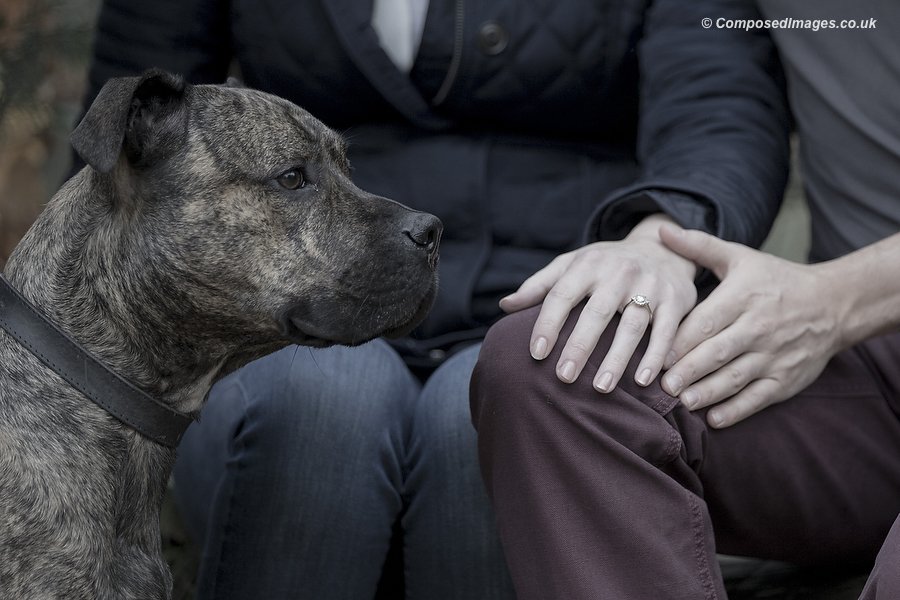 The couple had another special location in mind, where Stu had popped the big question a few months earlier. Having never ventured south of Newport to the city’s wetlands reserve, I followed them down in my car.

Established in 2000 to balance the loss of wildlife habitat after work began on Cardiff Bay Barrage, Newport Wetlands Reserve now covers parts of Uskmouth, Nash and Goldcliff. It spans 1,080 acres of the Caldicot Level, a low lying area of land bordering the northern shore of the Severn Estuary, and was made into a national nature reserve in 2008.

Sara and Stu wanted different shots with plenty of negative space for text, to be used for wedding invites and on the website. A wetlands environment affords more opportunities for dramatic plain backgrounds than wooded environments. With the right light, you can capture bold silhouettes of figures, perhaps puffy clouds, nice reflections or warm sunsetty skies. But unfortunately it remained flat and grey, so we couldn’t do any of that. Apparently they did have great sunsets here, Sara assured me. That day there was unlikely to be one. 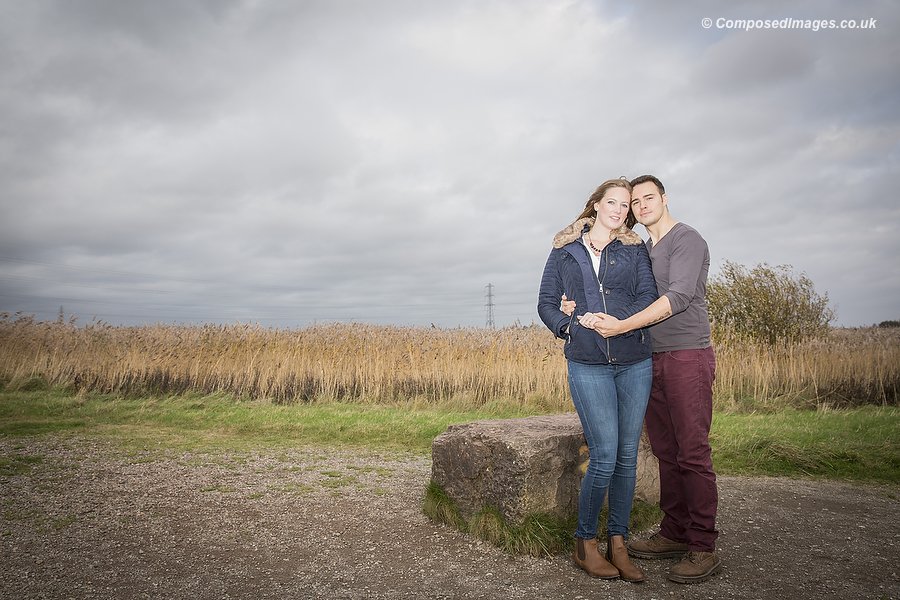 That said, there were fleeting glimpses of sunlight and a nice selection of landscape backgrounds. The rushes were scenic and a bench gave a good opportunity for Sara and Stu demonstrate the realities of modern love. 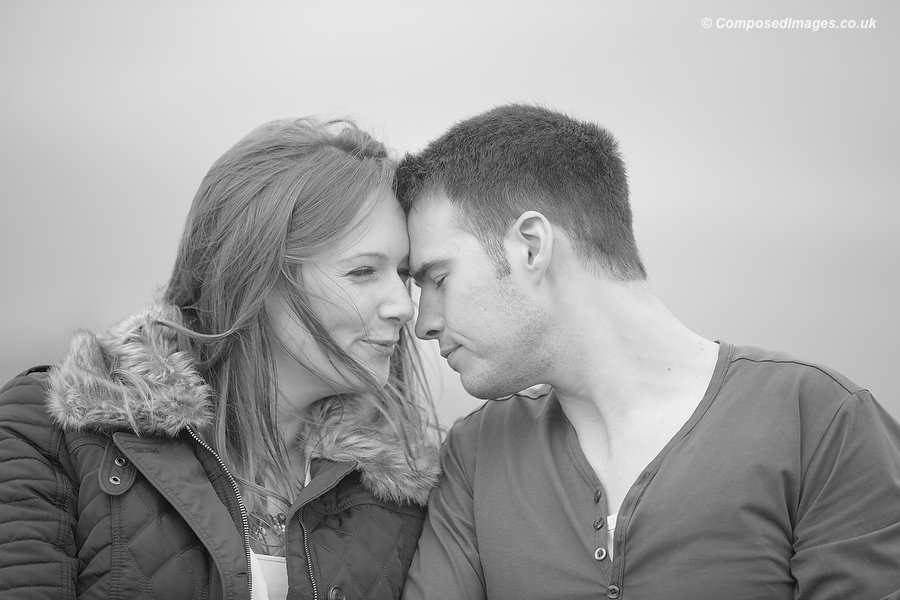 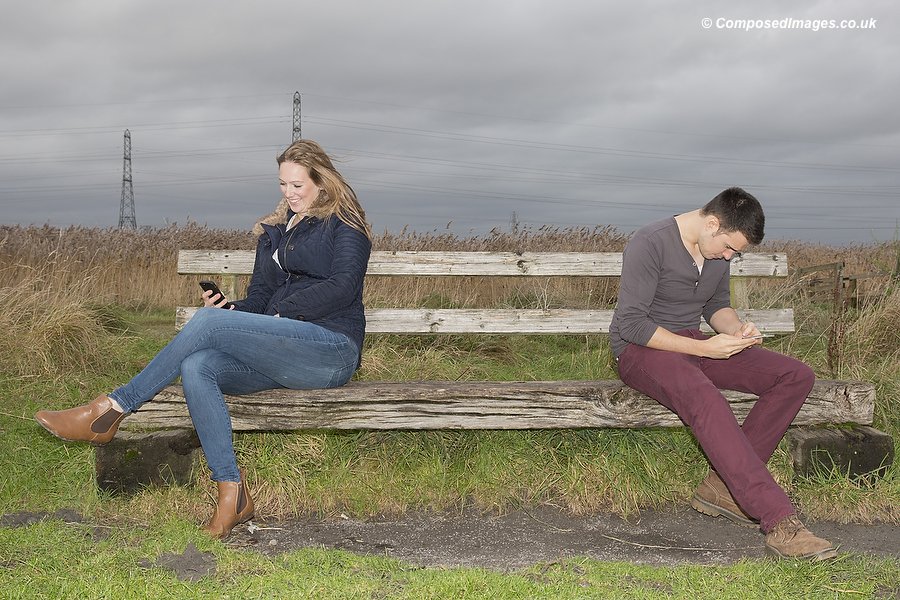 A lone tree almost at the water’s edge stood out as being particularly romantic. It was positioned against the blank background, with a suggestion of landscape towards the right of frame. The couple standing beneath kissing made it for me, and I was equally pleased with their natural goofing around as they returned. Hopefully these images appear like an authentic reflection of the warm playfulness between the pair. 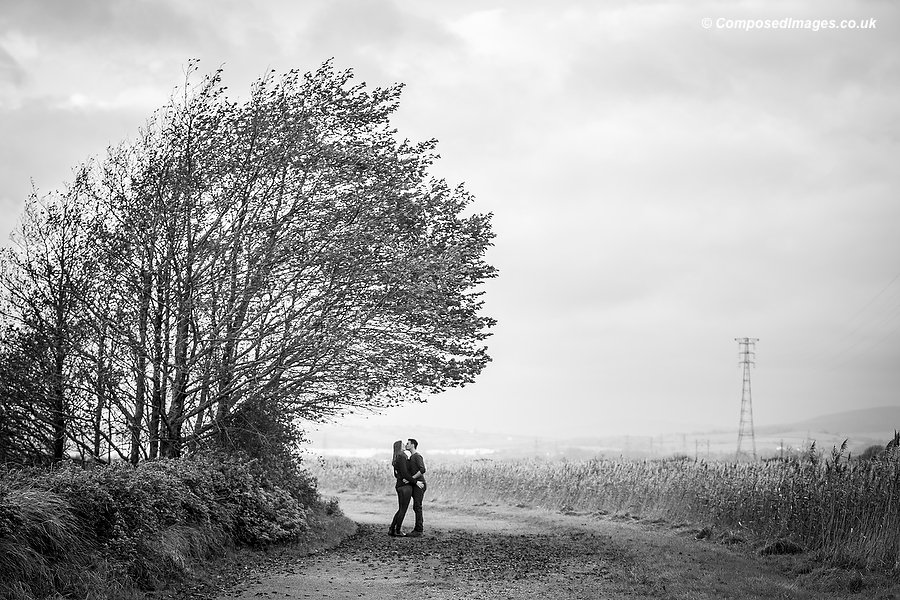 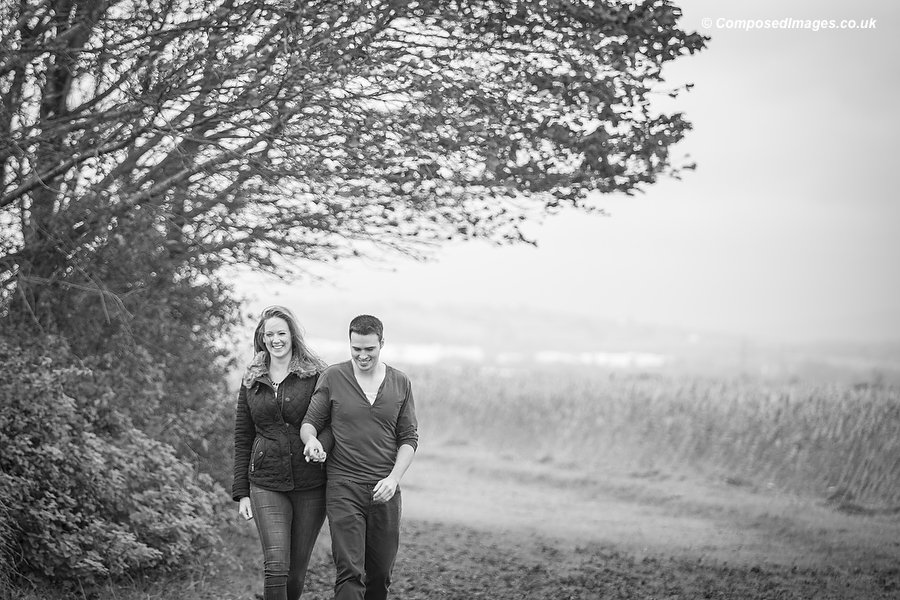 Walking back to the car park, this wooden background also caught my eye. The missing slats added a different texture and the sky beyond framed the shot nicely. As in all the shots, Sara and Stu were more than willing, and a total pleasure to photograph. 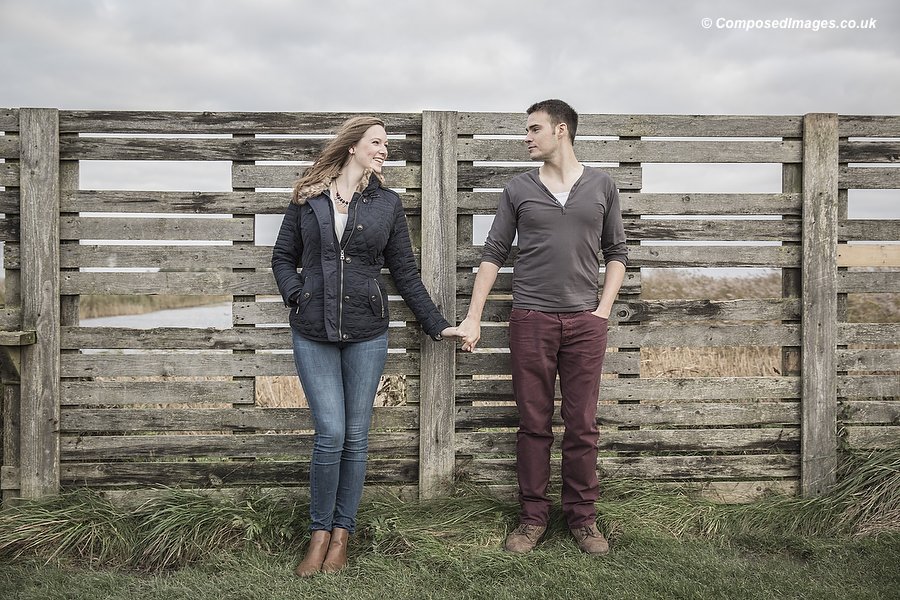 Please get in touch if you’d like to talk engagement photography, or wedding photography.

[…] saw an engagement shoot at a blustery Newport wetlands, while commissions took me to a financial services company, the Senedd Building in Cardiff Bay, and […]