Several months ago I blogged and photographed about the development and regeneration of Newport city centre. It might have been some time in coming, but now the city’s centrepiece shopping centre Friar’s Walk is open to the public.

Having allowed myself a comfortable cushion of time before photographing a Newport County football match over at Rodney Parade, I parked outside the ground before heading over to take a closer look.


From the football and rugby ground of Rodney Parade, it’s just a short walk over a striking bridge across the river and right into the city centre. Inviting lines and colours now draw the photographer’s eye in and it appears nothing like you might expect of traditional Newport. 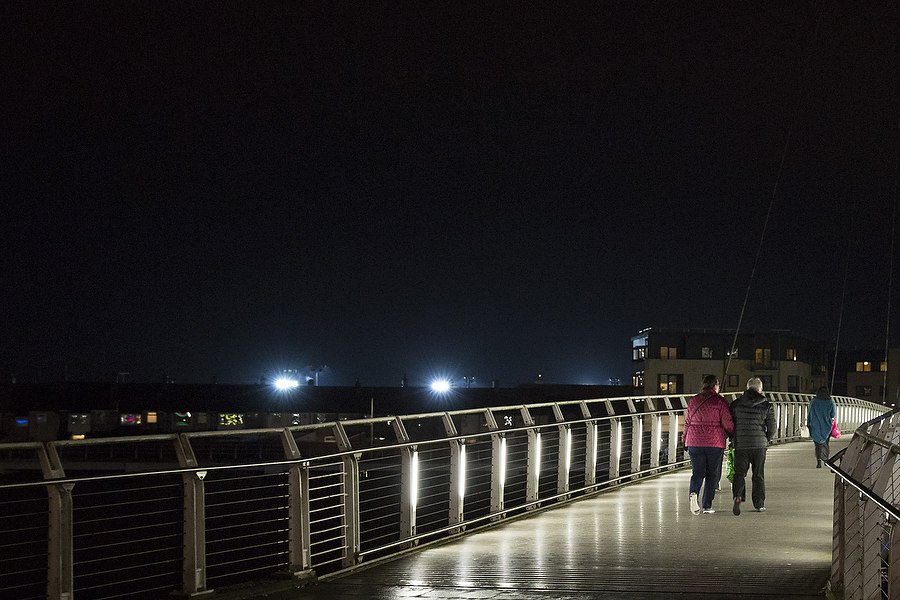 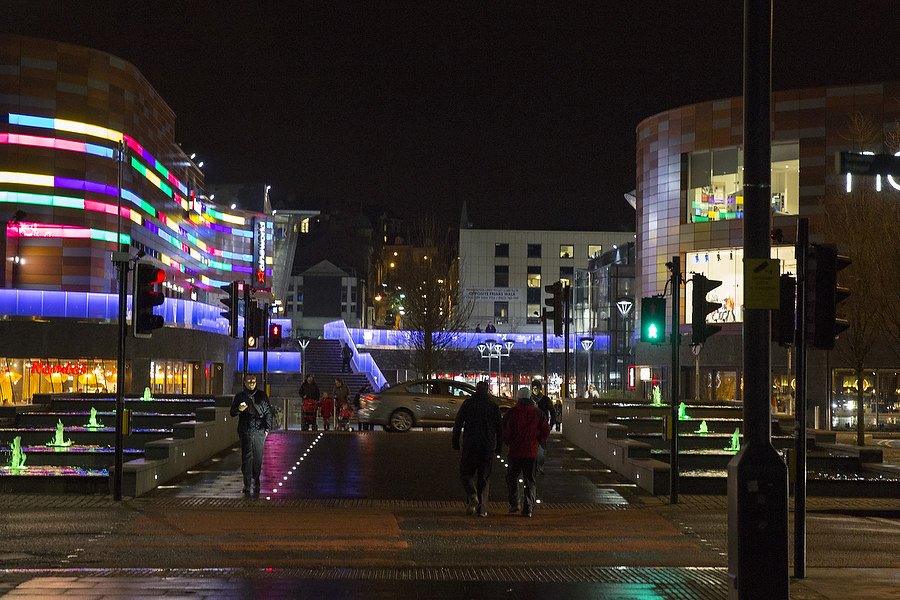 Outside the Cineworld complex are straps of eye-catching colour and beneath it a number of chain restaurants. But before you get there, the pedestrian crossing is decorated with colourful fountains. Always a sucker for a reflection, albeit usually in puddles, I couldn’t help dangling a camera close to the water to see if the Cineworld colours could be doubled. The effect was usually psychedelic. 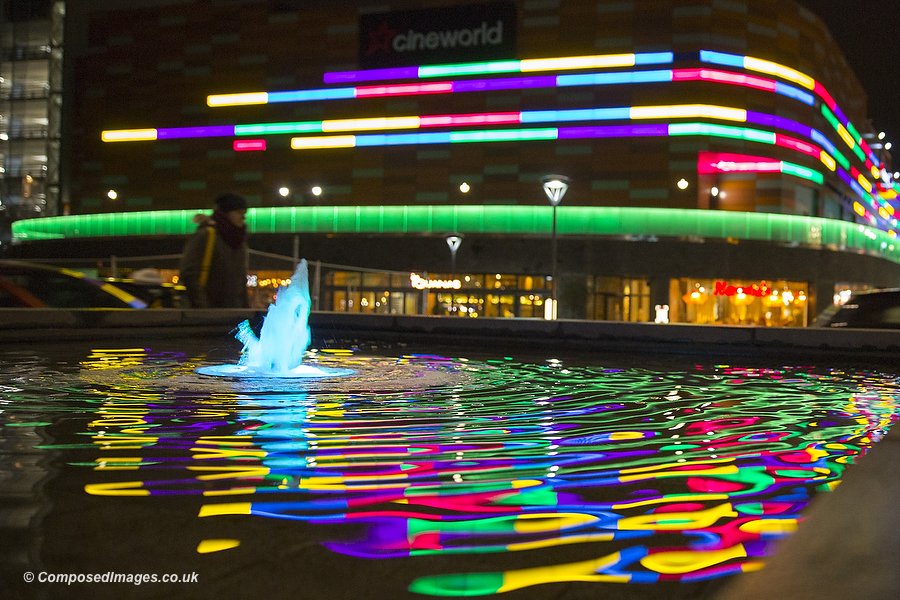 It’s certainly a distinctive Newport city centre feature which adds flair and is difficult not to notice whether on foot, or driving through in a car.

Venturing further into the Friar’s Walk shopping complex, an undercover shoppers’ boulevard of recognisable shop faces has been given an almost ornate but certainly comfortable appearance. While not as extensive as the facilities available in Cardiff, it caters to much of what anyone would need from a medium-sized city centre. 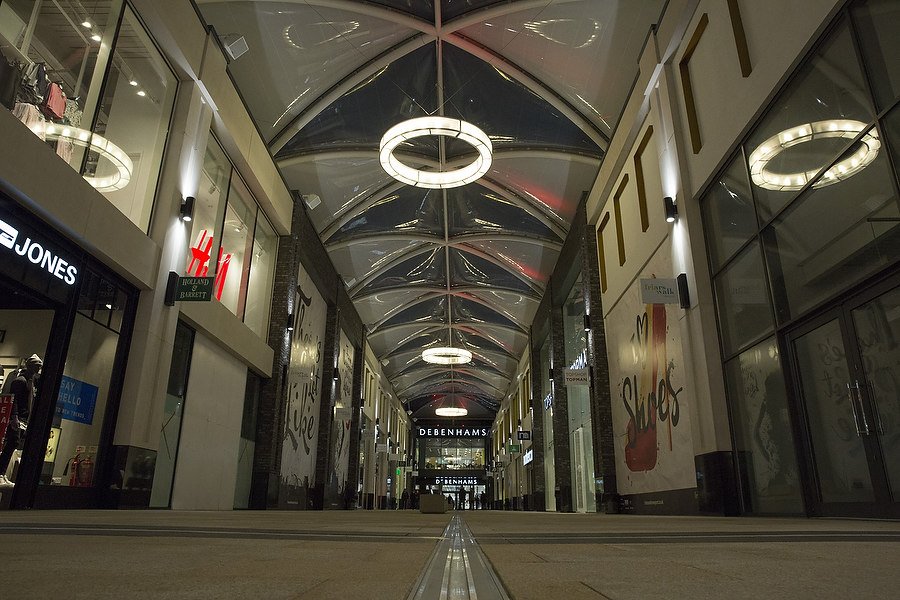 A short walk through Newport’s Friar’s Walk takes you back past clothes shops like the central and dominant Debenhams and H&M; as well as electronics stores, more restaurants and fast food outlets, back into the traditional old part of the city.

This is certainly a refreshing facelift for Newport, and the introduction of familiar big brand names and international franchises will be welcomed by many. But equally, you might spare a thought for local independent traders potentially priced out of this development, and increasingly priced out of pedestrianised city centres across the UK. 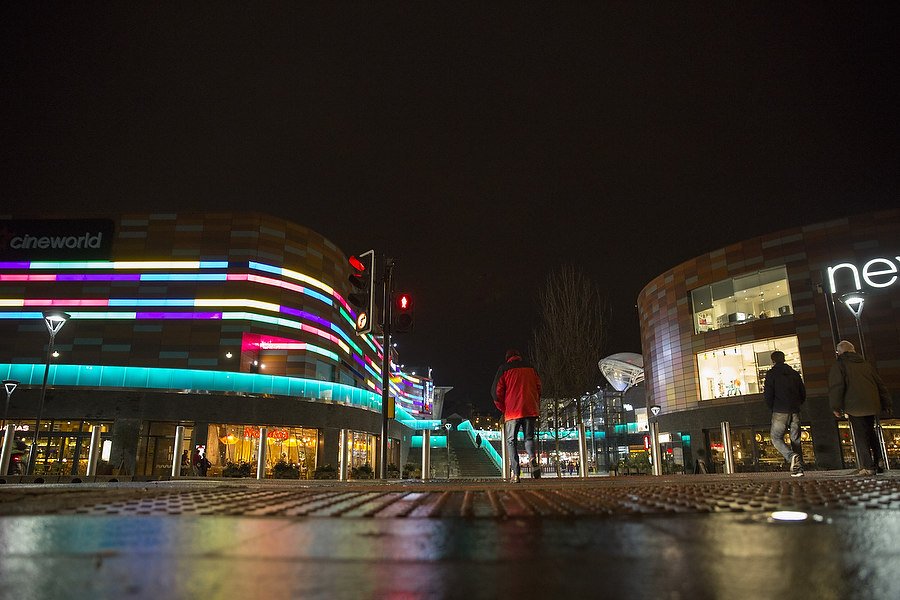 This is what the shoppers of Newport needed. It will go down well with the city’s students and younger people, as well as with the supporters of visiting football teams. And it will doubtless appear more attractive in the summer months than on a cold Monday night in January. Friar’s Walk is clean and more modern, with a subtle yet distinctive edge of Newport, of which the city’s favourite sons Goldie Lookin Chain would be proud.