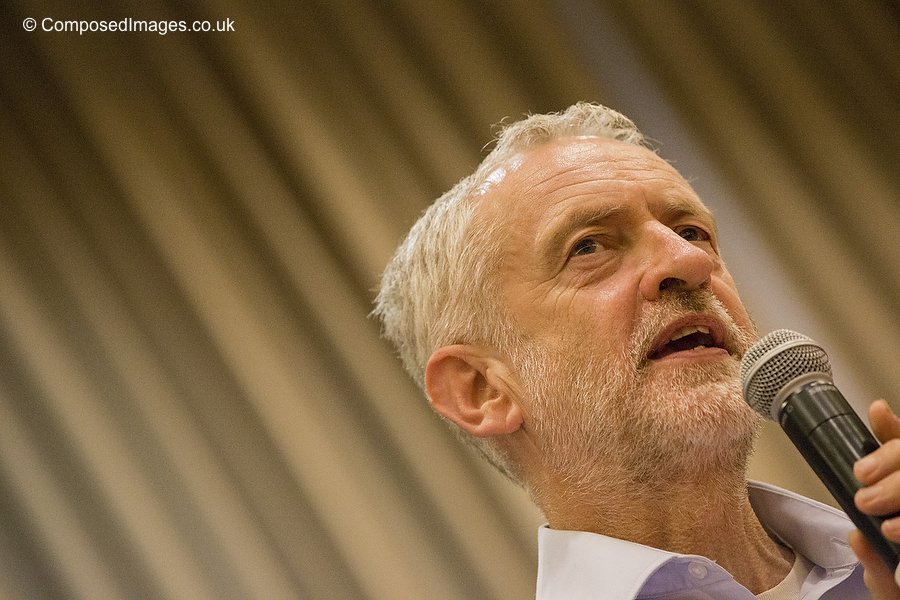 With a photography battle-weary bad back, last Tuesday evening I walked a short distance across Cardiff city centre to the Mercure Hotel. This was the setting for the Labour leadership rally of controversial candidate favourite Jeremy Corbyn.

Corbyn is currently the name commanding most news agendas, about whom many headlines, column inches and blog posts are being written. So it would be remiss of me, if only for website SEO reasons, not to blog about my recent brush with the man who could be King. Of sorts.

Having absented myself from Cardiff City football duties after injuring myself there at half time the previous Saturday, I popped a Neurofen and felt just about ok enough to head on over and squirm around on a floor trying to take photos for half an hour or so.

The massive turnout of people was the first striking thing. People packed out the hotel’s largest function room. All seats were taken. Many stood against walls and sat on the floor with plastic pint glasses, adding to the festival atmosphere and uncomfortable rising mass of body heat. Some clearly had their colours fixed and knew Corbyn was their man. Others appeared more circumspect.

Corbyn arrived in the room and headed towards the stage from the direction I’d hoped, weaving towards me through the people on the floor. He was greeted with jubilant cheering and applause, as if an alternative, tweedy kind of messiah. 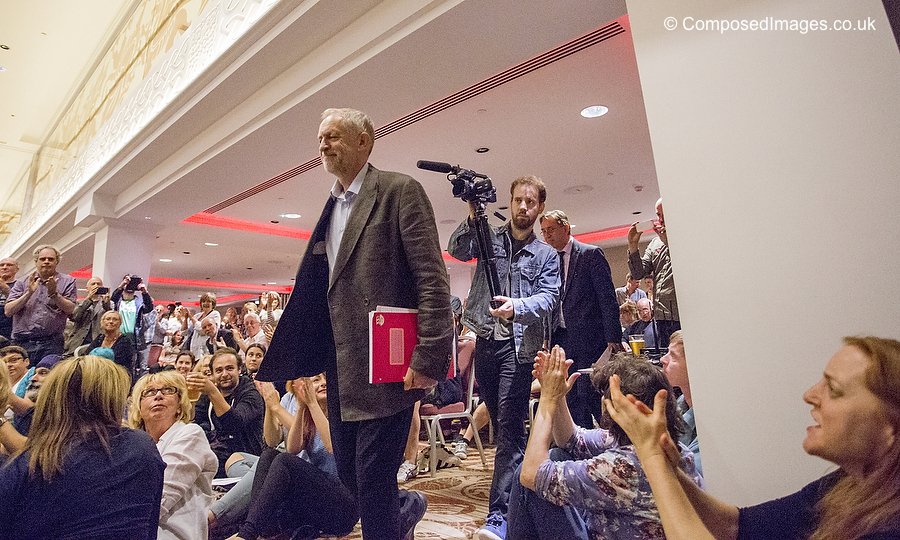 Licence images for editorial use via the Composed Images Photoshelter website.

Three or four of Corbyn’s Welsh supporters alongside him on stage spoke first, allowing the favourite to settle, acclimatise himself, and take photos on his iPad. Strong words of confidence were spoken that this man would be the next UK Prime Minister, they would be a party of integrity, without any personal attacks or name calling, and all would be fantastic.

When Corbyn’s time to speak arrived, he appeared to quickly warm the crowd with humour and candour. I can’t profess any great knowledge or attention to his precise words, but it appeared that amongst the front rows at least, his support was only cemented. There were no obviously dissenting voices. 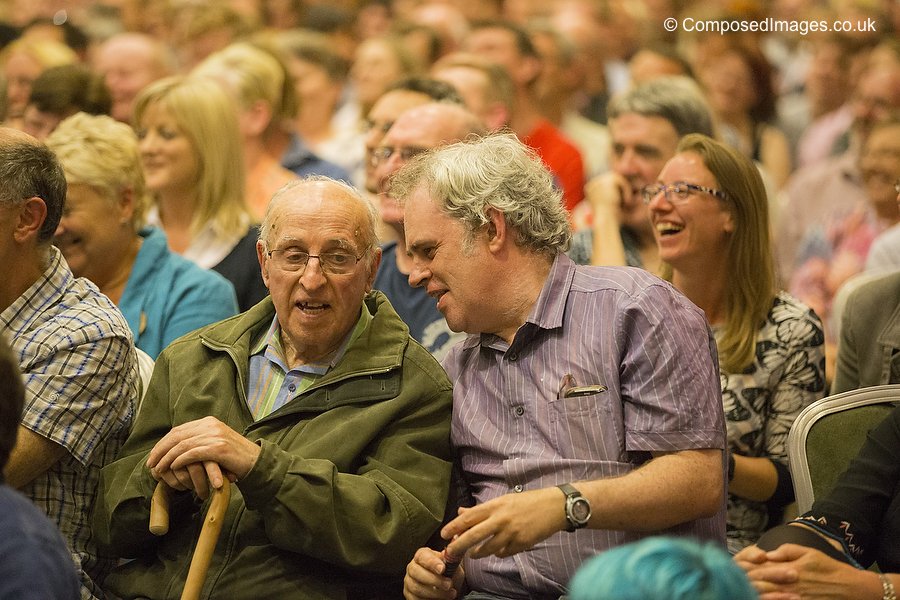 Cross-generational appeal? Members of the audience during a Jeremy Corbyn Labour Leadership rally at the Mercure Hotel.
11/08/2015. 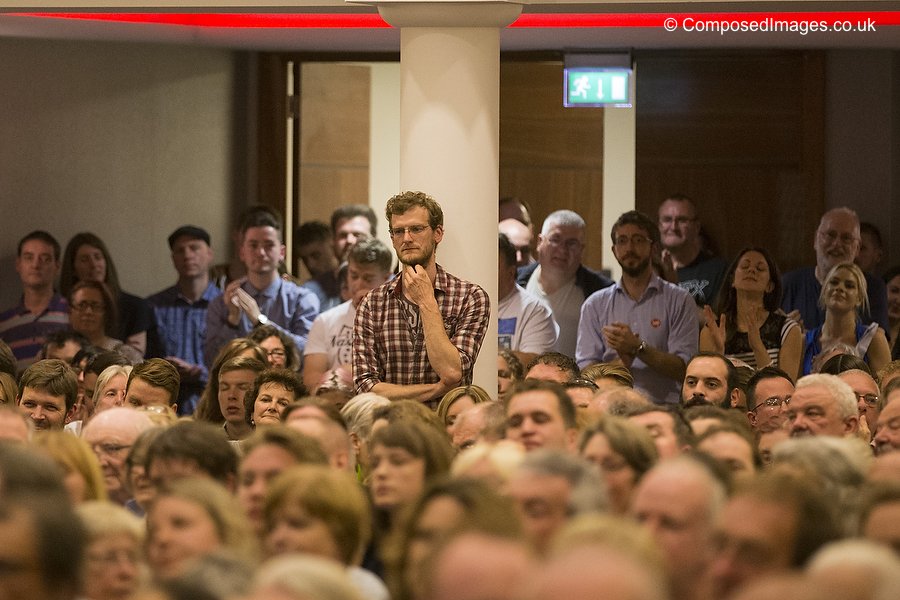 Members of the audience during a Jeremy Corbyn Labour Leadership rally at the Mercure Hotel in Cardiff.
11/08/2015.

There were plenty of smiles, general confidence, and even the occasional misty-eyed look of those who appear to truly believe that we are on the cusp of great change. Despite, or perhaps because of the tremendous scale of the landslide Conservative victory in the 2015 general election, the groundswell of bitter opposition to the Conservative Party rarely seems to have been greater. Also, socialism has always been well-rooted in Wales, and Corbyn and his supporters set to take advantage.

I whipped back and forth from the front of the stage to try and file images as quickly as possible, grateful for the speedy hotel WiFi. All the while I was dimly aware that Corbyn was apparently doing well.

This of course was an event tightly coordinated by his supporters in Cardiff after a few days of campaigning across Wales, so it was always going to have the feel of home turf. But as the Labour leadership campaign draws into its final stages, every single appearance and party member vote will count. 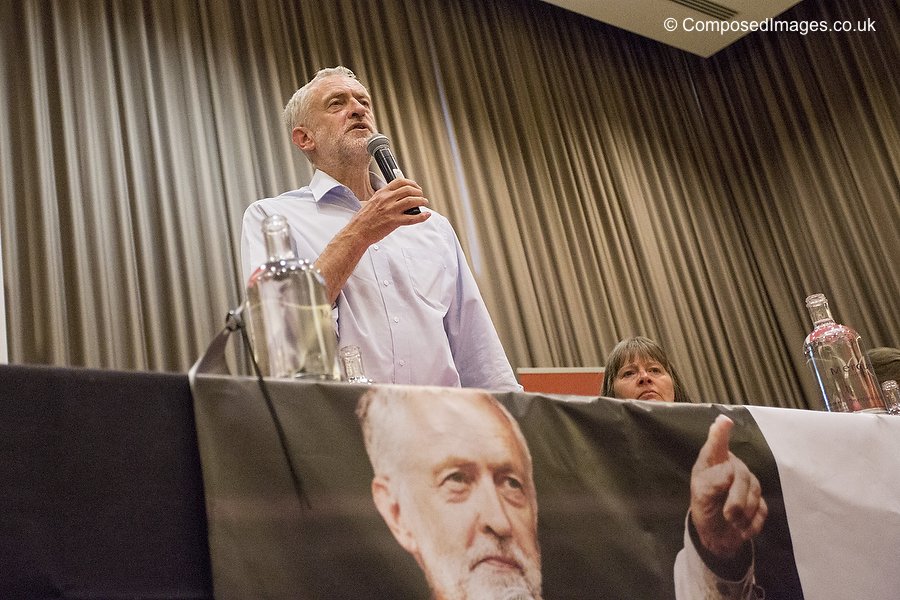 Jeremy Corbyn, a candidate for the Labour party leadership, addresses a rally held at the Mercure Hotel in Cardiff City Centre.
11/08/2015.

Please get in touch directly to licence images for editorial use.