The Appeal of Indoor Markets 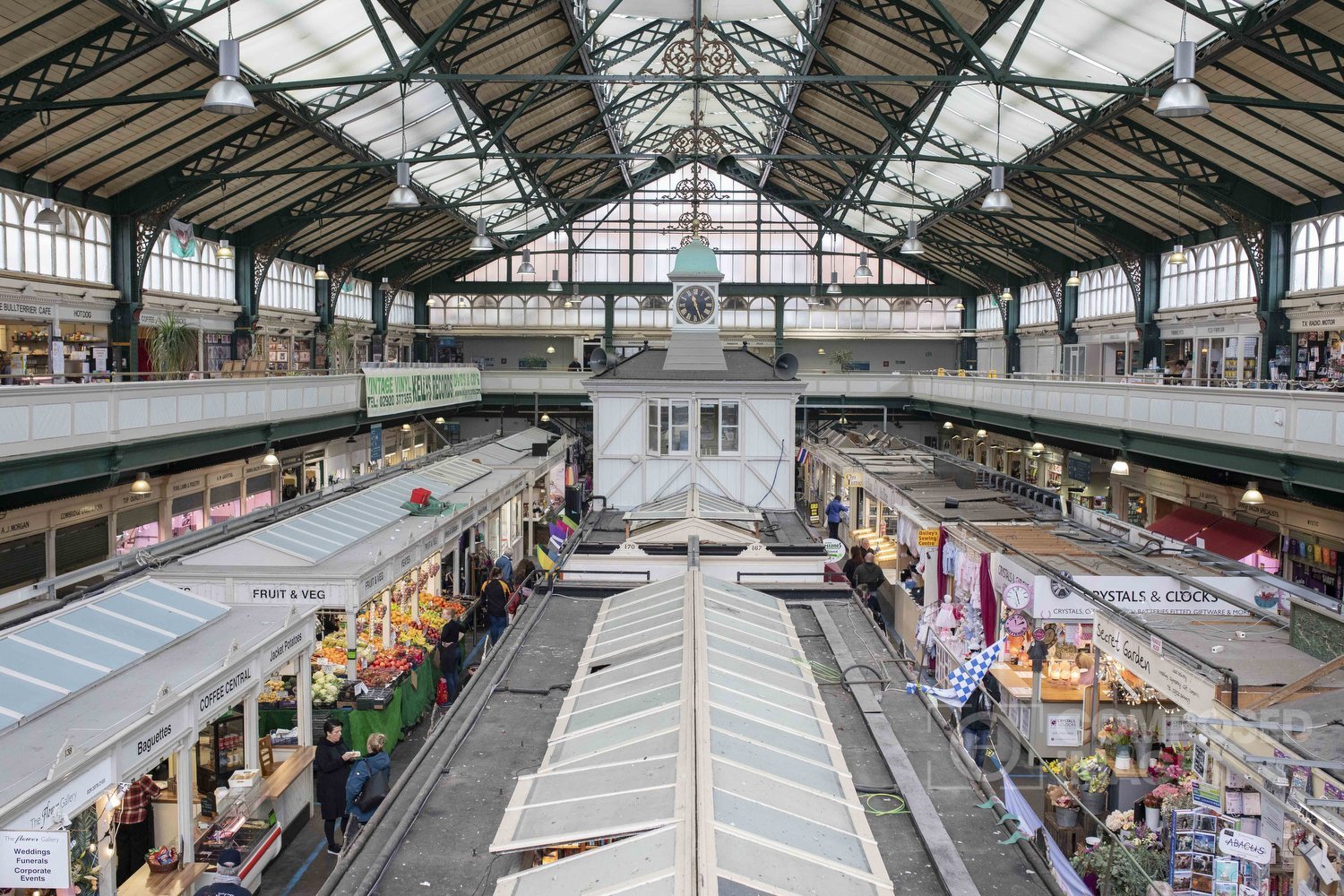 At a time when most high streets appear boringly samey, dominated by shouty big brand names, I find myself increasingly drawn to traditional indoor markets.

Indoor markets offer a portal into an era of traditional retail: butchers, bakers, grocers, cobblers, record stores. And of beguiling old brickabrack: ornaments, grandfather clocks, vinyl, framed pictures and posters. Many artefacts that, through blind chance, are not currently residing in a tip or landfill or attic.

You wonder how the traders still make a living, and half fear for how they will continue to make a living. You wonder if such markets may dwindle over the coming decades, or if they will somehow adapt. Surely the threat of extinction has always been there on some level. You just learn to live with it.

There are great images to capture through timeless trading characters, big personalities and an infectious intimate energy. But when you’re visiting or just popping in they often aren’t simple to discreetly photograph in confined surroundings. It requires a level of boldness, fearlessness. Or alternatively a simpler openness if you aim to capture posed portraits rather than authentic moments.

As with many such social commentary pieces, the best images, posed or not, probably result from embedding yourself over an extended period, allowing people to grow comfortable around you and your camera.

A few weeks ago after a PR job in the town of Cardigan, west Wales, I decided to take a stroll around the town. Formed around its castle and broad River Teifi not far from the coast, the town has a number of quaint touristy charms. But it was the market inside the town hall that I was most drawn to. 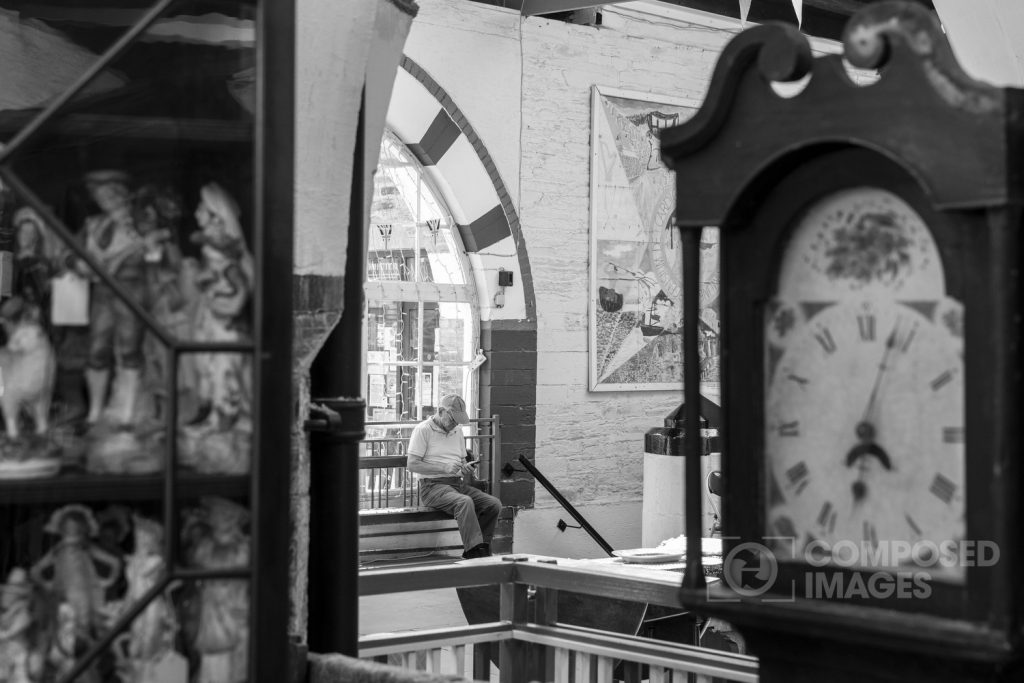 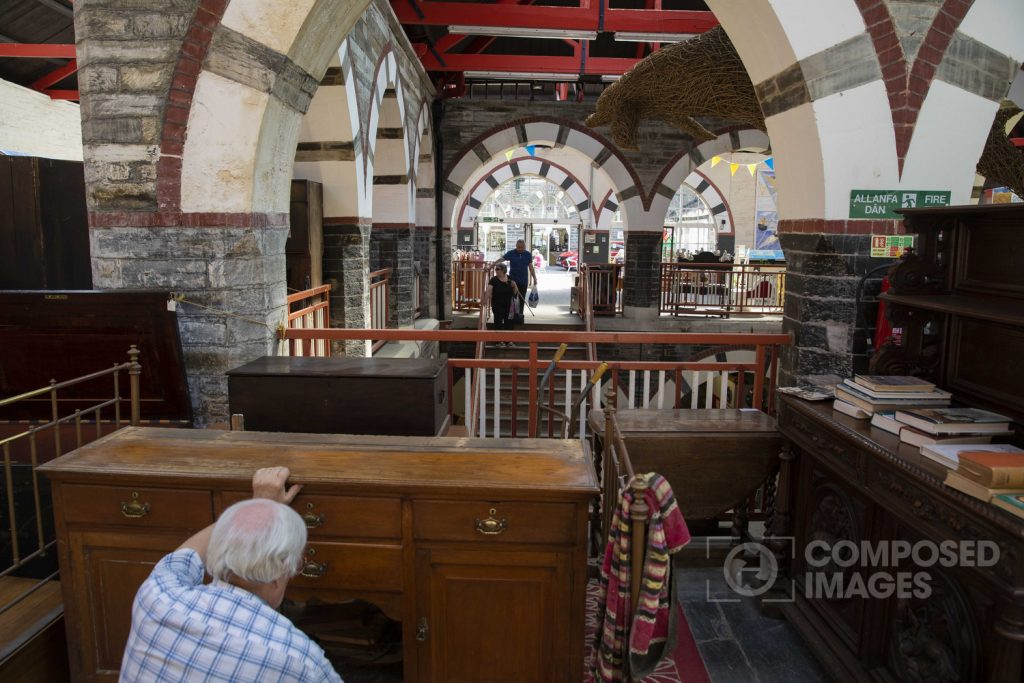 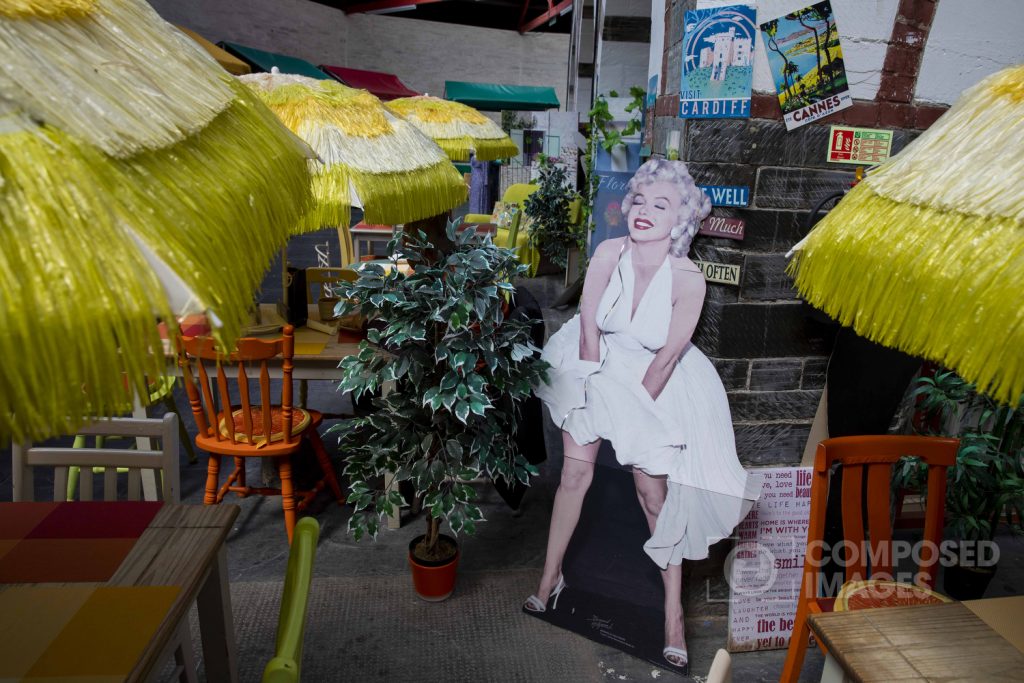 As well as the people and human life, the obvious subjects, there is photographic appeal in the artefacts themselves, the small miracle of their plucky continued existence.

Postcards, toys, endless stacks of CDs, pieces of battered furniture, broken clocks. These objects both chart and imbue the passing of time. An ornament depicting Britain’s previous monarch George IV may go entirely unrecognised by many fresh eyes. Whereas his successor and daughter is an unmistakable centrepiece in the nearby Sex Pistols towel hung on a wall. Such clashes of culture and history are captivating. 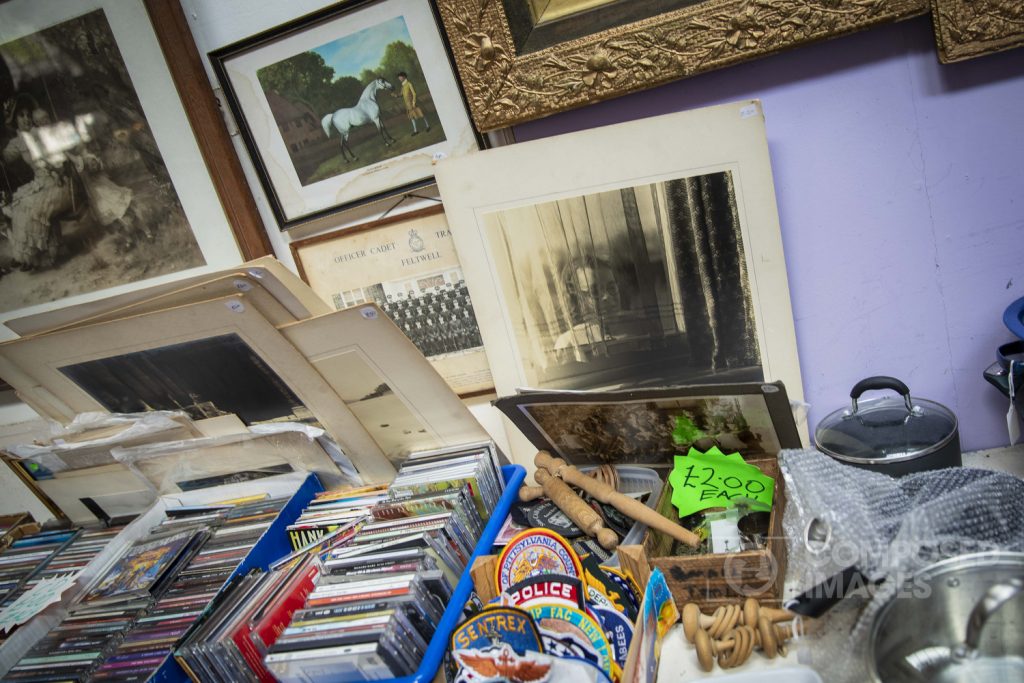 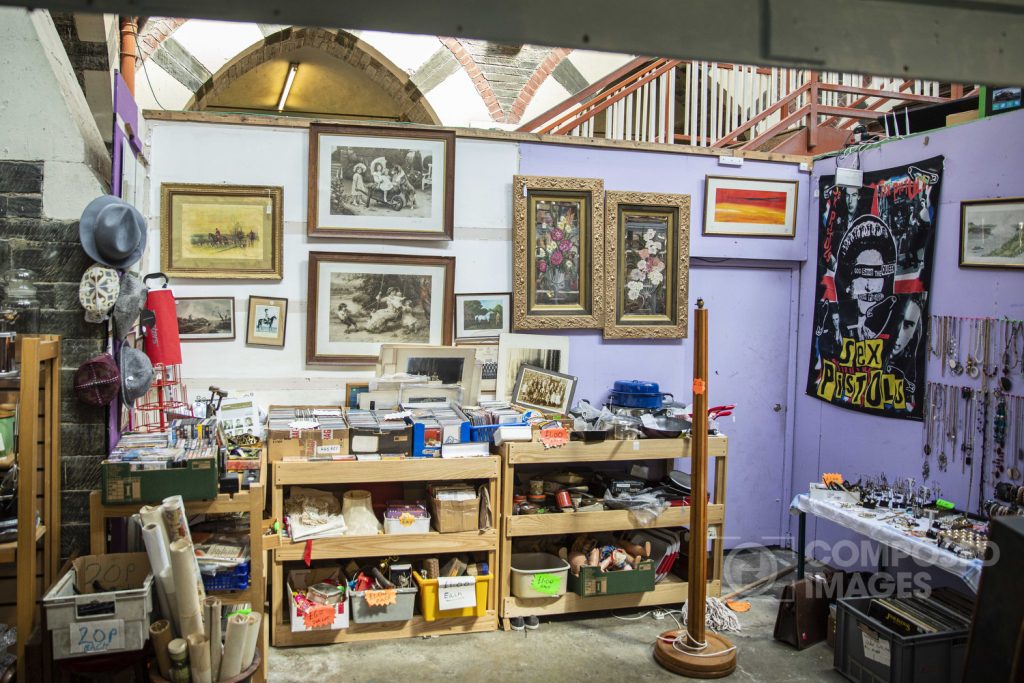 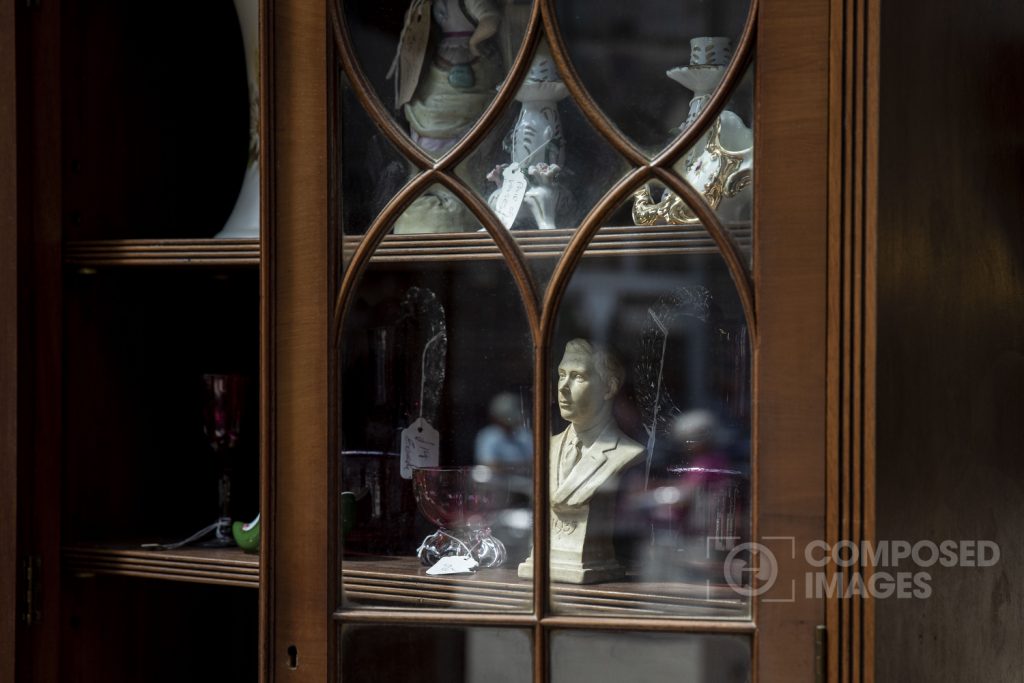 Of course the indoor market with which I am most familiar is Cardiff’s. 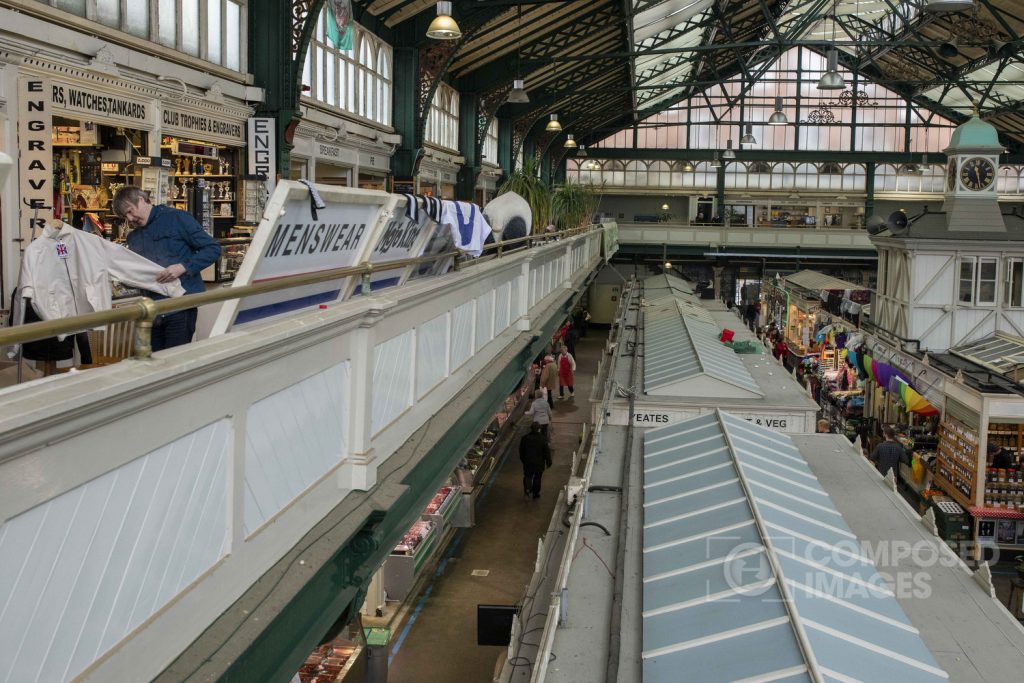 On a bigger scale to Cardigan’s and located right in the heart of the city, this market has always provided a certain appeal. Again it has an ‘old world’ feel not in keeping with the adjacent modern pedestrianised streets. Again it has quirkiness by the bucketload. 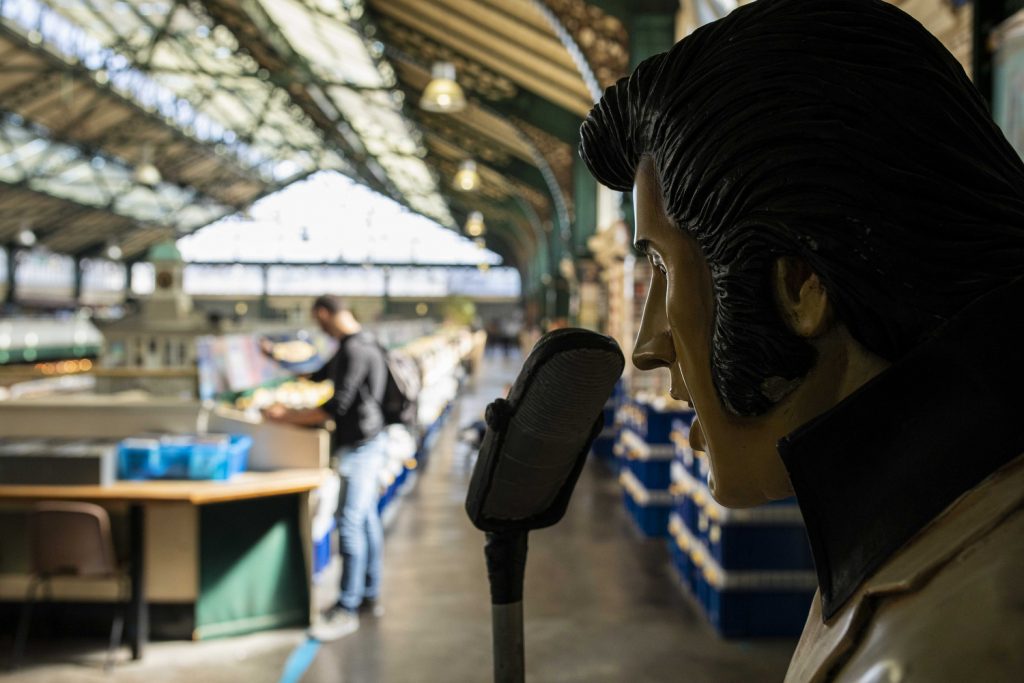 There is more fresh produce here, fish and meat and grocers and bakeries. At a time when the consumption of meat and fish has never been more topical and politicised it seems brashly confrontational to see row upon row of bloody dead animals. 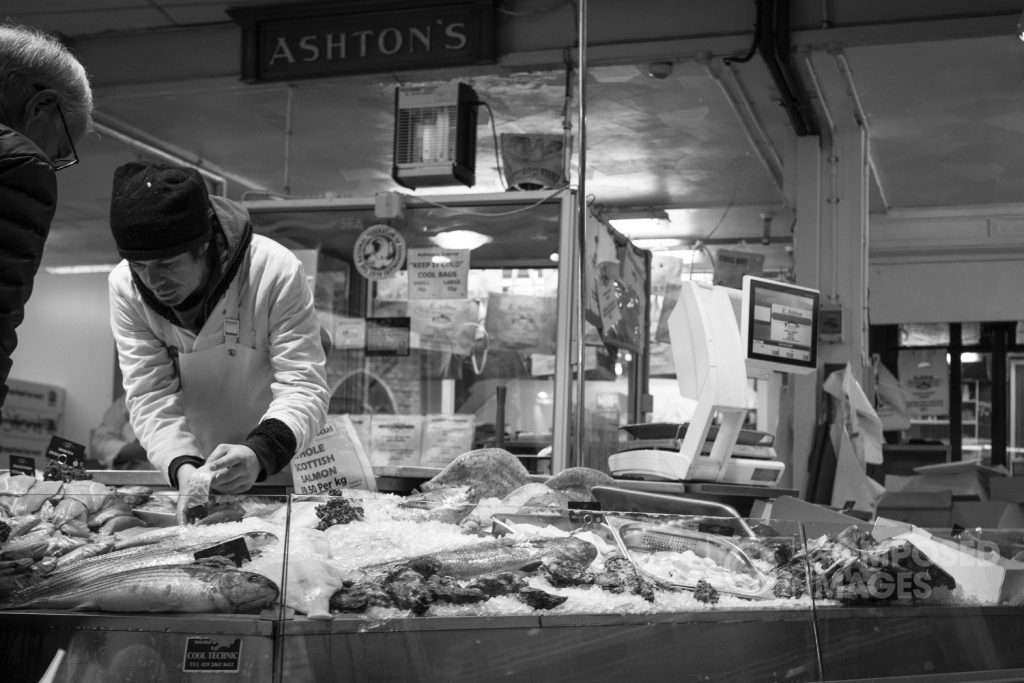 The political power of indoor markets and real working people, whatever that means, is not lost on politicians. They are often visited by election candidates on the campaign trail, keen to show that they are not out of touch with the common worker on the street.

Our new prime minister Boris Johnson visited Newport market around a year ago. They provide a useful picture opportunity.

As I shuffle about my business, indoor markets will remain on my radar. Always worth a poke around and a snap or two. Long may they survive and prosper. 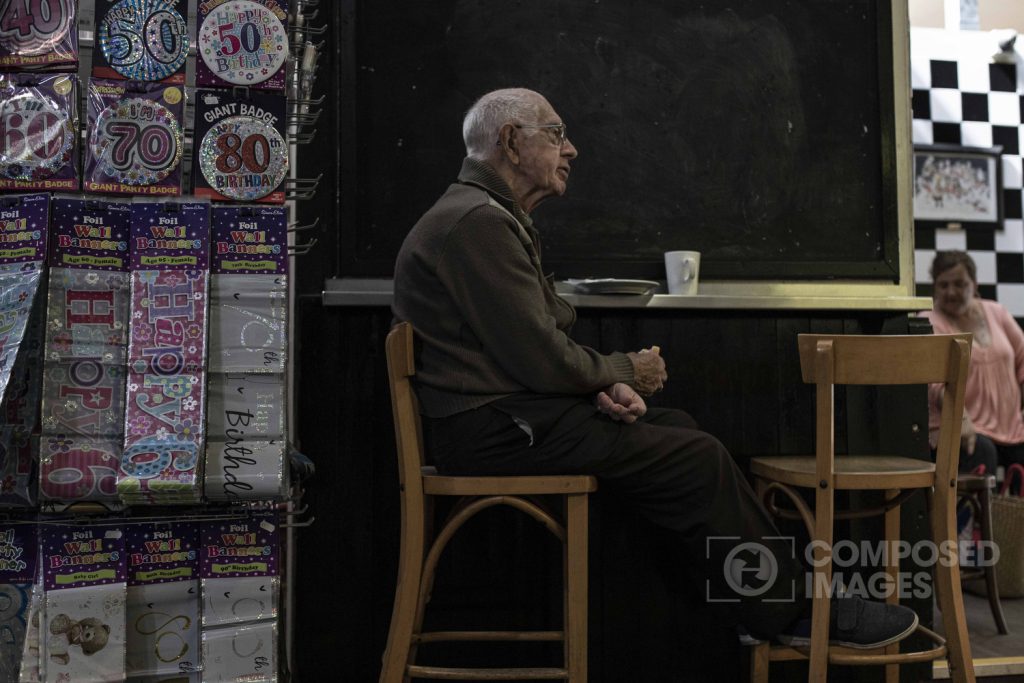