How I Hate Hayfever – A Sufferer Moans 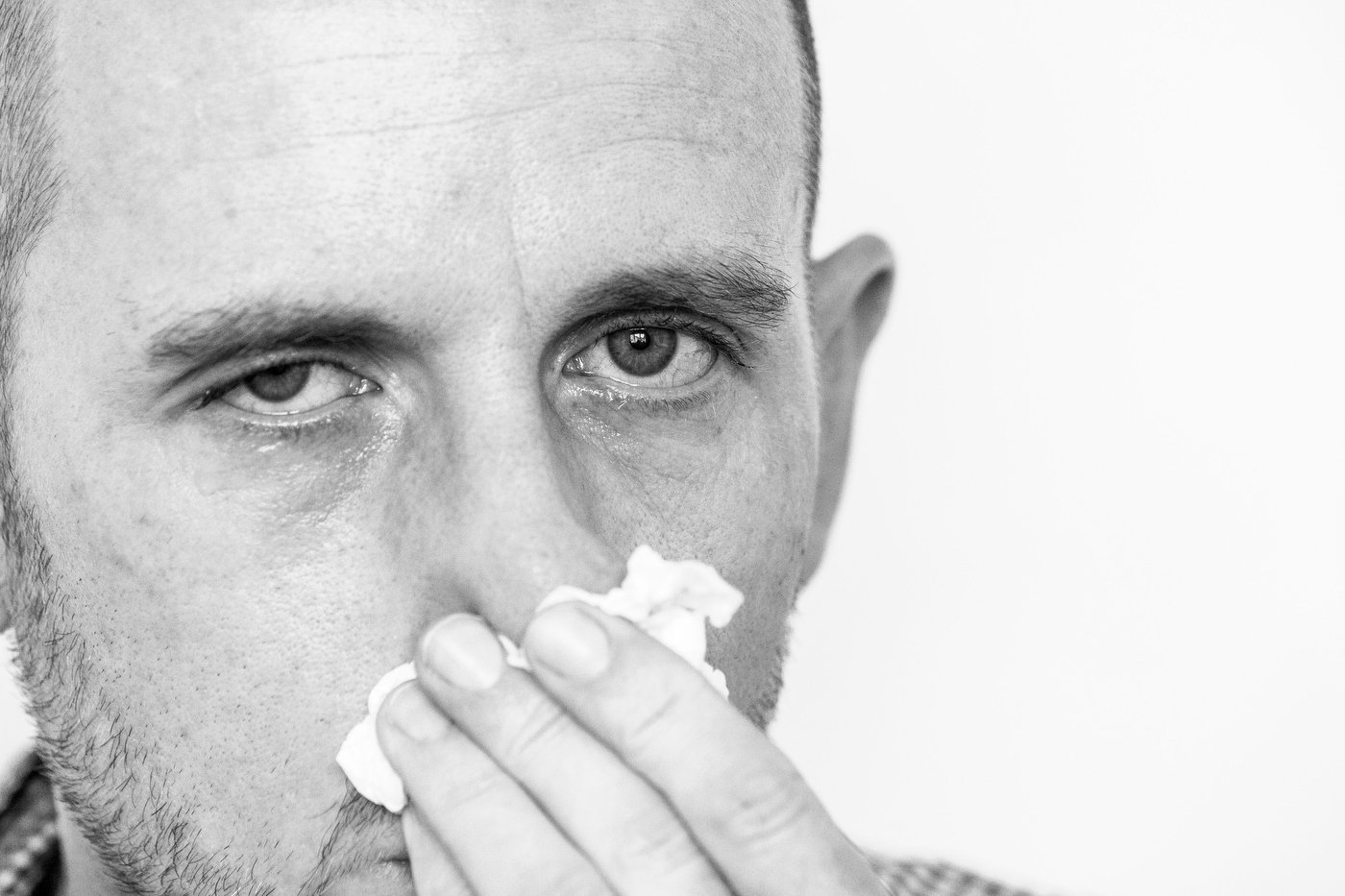 I hate this time of year.

Early hayfever memories include seeing a school exam paper being splashed by two rogue drips from my nose.

Aged 15, on the day England beat Holland 4-1 in Euro 96 I had one of about three experimental acupuncture treatments.  My face briefly resembled a pin-cushion, an impressive array of needles sticking out of it. I’m not sure it helped, but the performance of Shearer and Sheringham that evening was a nice distraction.

My experience of Glastonbury in 2000 was blemished by sore, bloodshot eyes, an appearance many mistook for a side-effect of smoking weed. Dreadlocked festival-goers cast me knowing smiles and I wanted to protest but didn’t have the energy.

While it is largely forgotten about for about 10 months of the year, between the months of May and July, grass pollen is my long sworn enemy.

Clearly this is not a serious illness. It is not cancer or a broken limb. But it is debilitating and embarrassing: sniffing, sneezing, the exasperating congestion of inefficient nostrils, broken sleep, sore eyes and nose, depleted energy, appearing deeply upset (or stoned), a constant nagging weeping dripping torment.

Nobody wants to be that person in a crowded room, sniffing, sneezing, making a show of himself. Especially if you’re trying to hold a camera steady. Although seeing other people, fellow hayfever sufferers, can offer a kind of solidarity. It feels silly to complain about because it is not ostensibly serious and will ultimately pass. But whether it’s an adjacent motorist battling a sneezing fit, or a red-eyed sniffly person on the street, seeing another sufferer makes you feel like you’re not alone.

Having an insistent young dog who needs walking isn’t ideal. Each morning you wake, if you’ve managed decent sleep, with encrusted eyes and nose. And before properly beginning the day you are duty-bound to take the dog out, to go into battle against floating fluff, overgrown foliage, long grassy fields, brambles, nettles, ferns, infinite shades of dense green. Armour of hat and sunglasses, warpaint of vaseline around eyes and nose: all usually futile. You might shower as soon as you return but it will still linger throughout the day, virtually invisible particles resting on your eyelashes, eyelids, nostrils, waiting for the next surge, the next lawn mower, the next dog walk.

Medication can offer respite, traditionally through the antihistimine staples of Loratadine and Cetirizine. But at its strongest, when droning lawnmowers are everywhere, when that potent pollen wafts through the air and penetrates everything, there’s little remedy.

I hate June. I hate hayfever.

This year has brought another layer of texture to the experience: attempting to quietly put a baby to bed while fending off an endlessly runny nose and weeping eyes.

You hush softly as she sleepily sucks her thumb in your arms, so near and yet so far from sleep. Ready to delicately rest her down in her cot, there is a tickle in your nostril. It builds quickly and you are powerless, angry, defeated. Here it comes. You try to unload the first sneeze into your arm to muffle the sound, but it is pointless.

Now you are shrieking like some sort of crazed whooping banshee, once, twice, three times, four. How many? It finally stops at six.

The baby, now quite awake, smiles up at you. She thinks sneezing is hilarious.