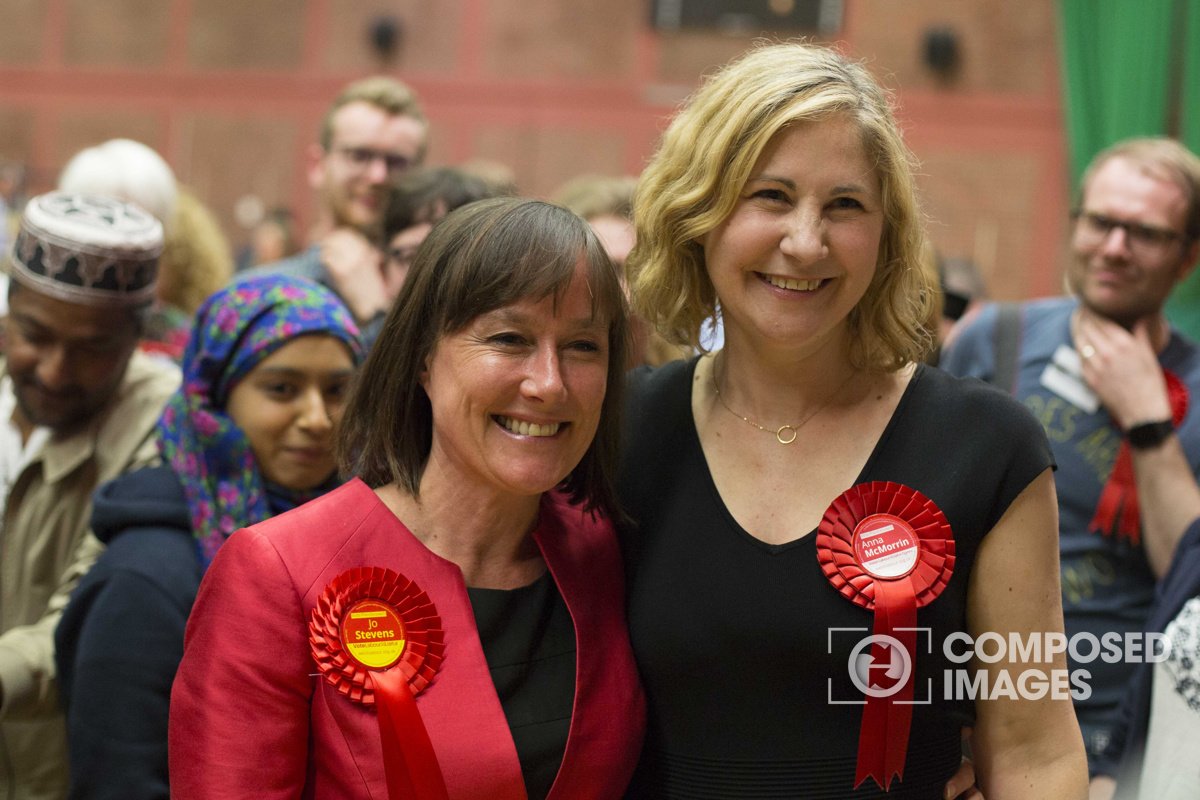 The general election of 2017 was announced suddenly by Prime Minister Theresa May on April 18th. Nobody knew in advance what her major announcement would be, but a ‘snap election’ was called for June 8th, little under two months away.

Before the week was out Whitchurch Common in the constituency of Cardiff North saw the visit of Labour leader Jeremy Corbyn and First Minister of Wales Carwyn Jones. Hundreds flocked to see the Labour men give rousing speeches, but it was early days. Corbyn’s campaign was to gather significant momentum and widespread attention, particularly winning the support of younger people throughout the UK. 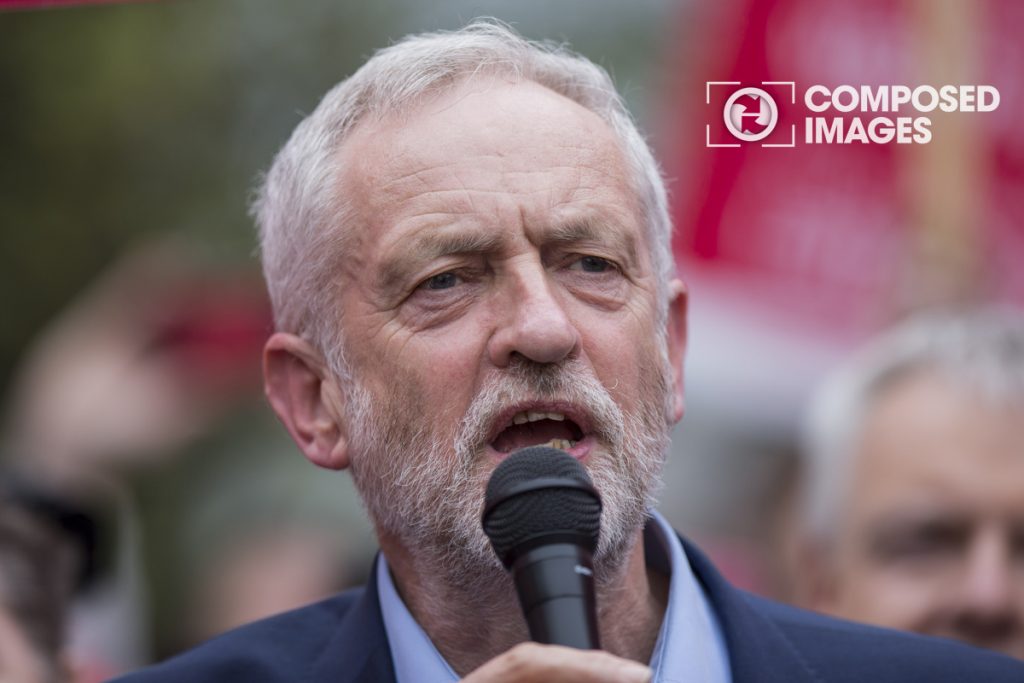 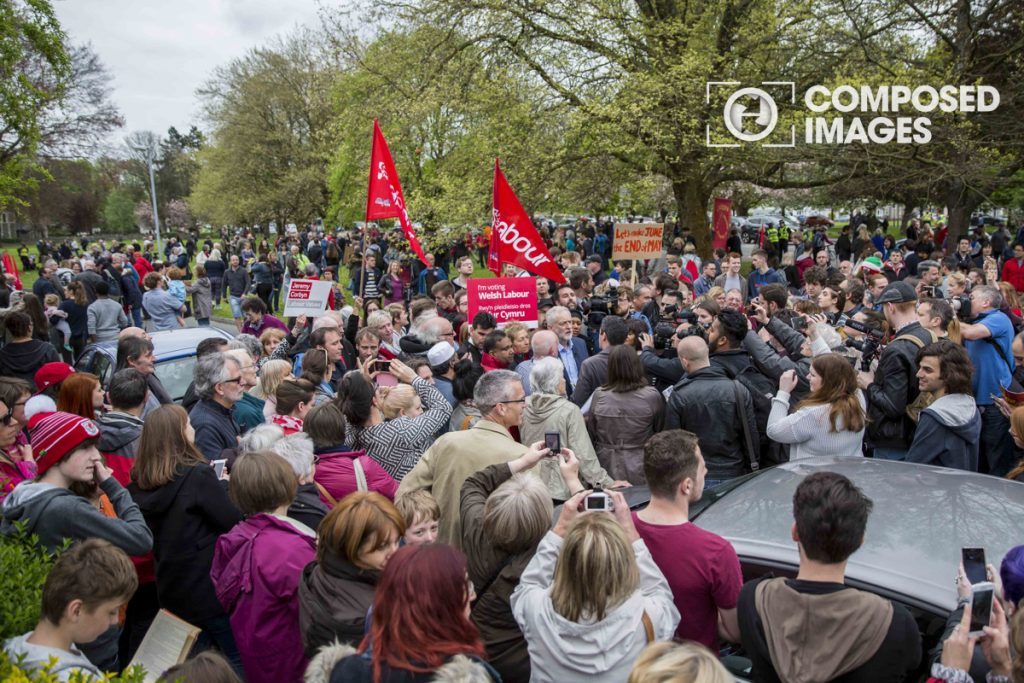 Cardiff, Wales, UK, April 21st 2017. Labour leader Jeremy Corbyn speaks with a member of the crowd at a Labour party rally on Whitchurch Common in the Cardiff North constituency during his General Election 2017 campaign.
Picture by Mark Hawkins

The end of polling day on June 8th saw me in the affluent inner Cardiff suburb of Pontcanna, and St Catherine’s Church Hall. Final voters hurried to the door, the final dog at this particular polling station waited patiently with its master. 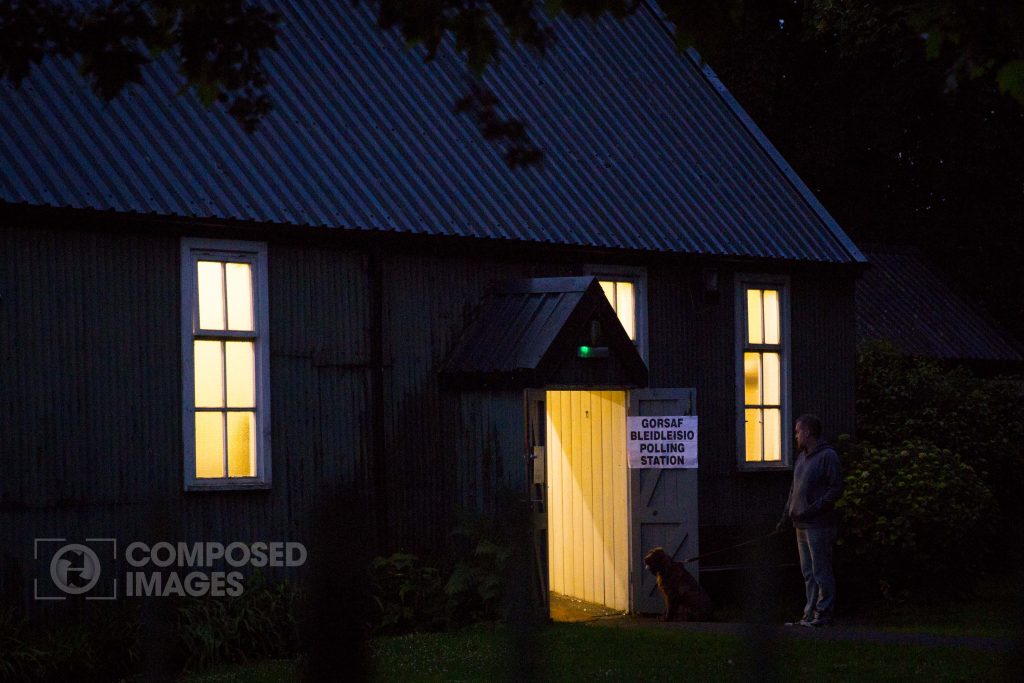 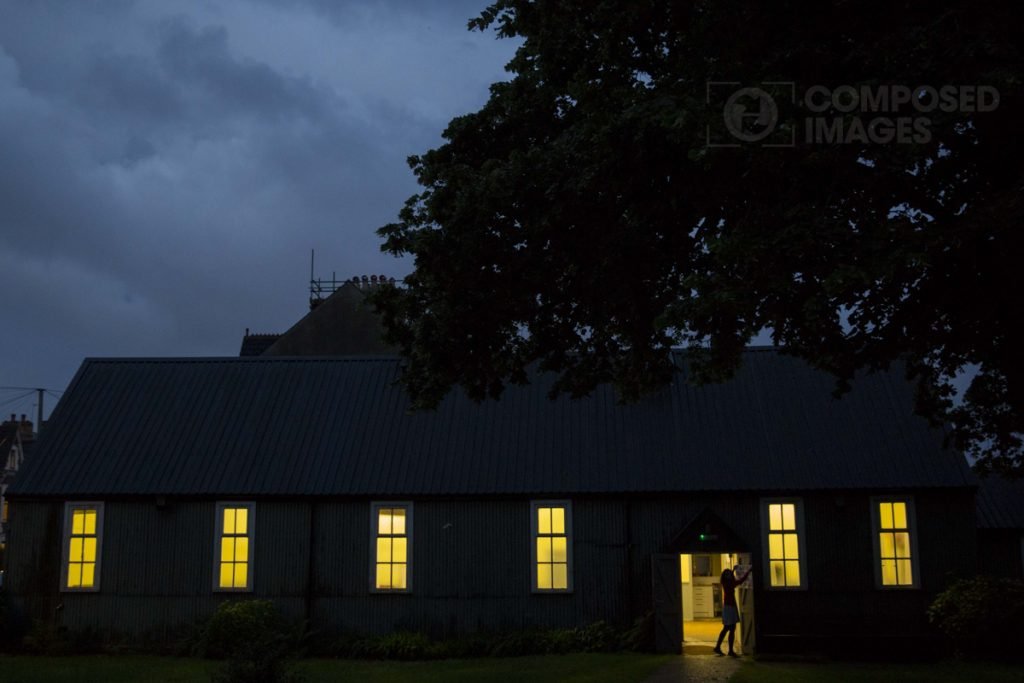 Cardiff, Wales, UK. 08th June, 2017. Polling Station signage is taken down at St Catherine’s Church Hall polling station as the 10pm deadline passes.
I stopped off there on my way to the vote count at the Sport Wales National Centre, Sophia Gardens, a short distance away.  At this venue ballot boxes were arriving from the three constituencies of Cardiff North, Cardiff West and Cardiff Central. Across town at City Hall, votes were counted for Cardiff South & Penarth. A hive of purposeful activity and quick flicking thimbled fingers, this sports hall of humans would calculate much of the city’s new representation in the UK parliament.

Shortly after 2.30am the first result was announced for Cardiff Central. Labour MP Jo Stevens had retained her seat. This was the first in a tide of red, as Jeremy Corbyn inspired Labour wins swept the city. Next came the most newsworthy story. Anna McMorrin took the Conservative seat of Craig Williams in Cardiff North. The delight of the first time MP and her team was palpable, and warmly shared with previous victor Jo Stevens. 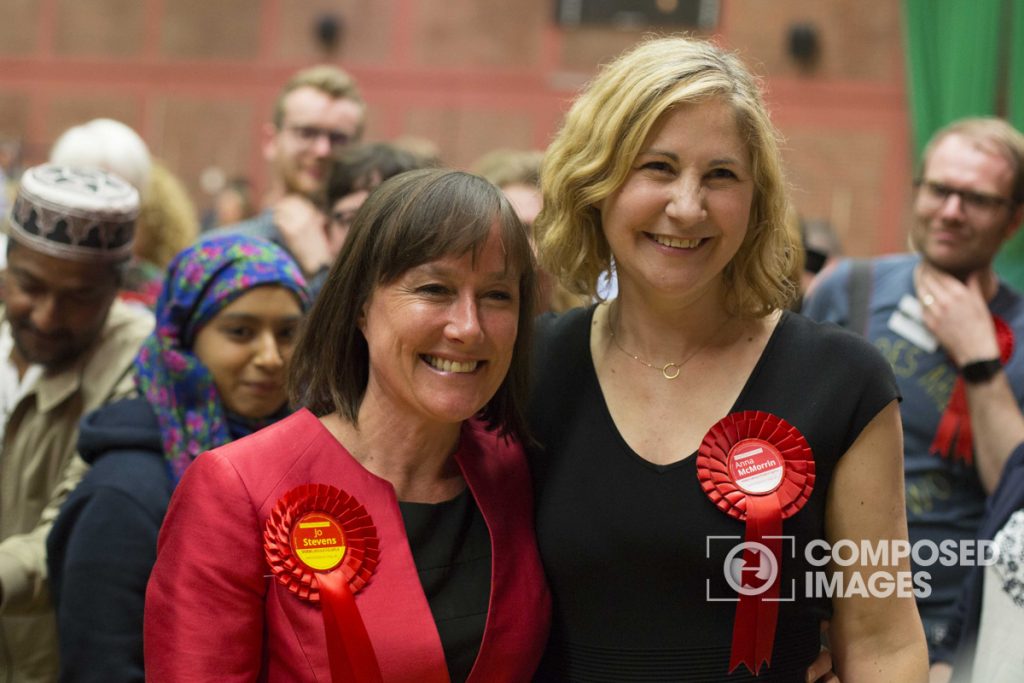 Finally for this venue was Cardiff West, where Labour’s Kevin Brennan appeared to enjoy retaining his seat. In Cardiff South & Penarth, Steven Doughty completed a clean sweep for Labour.

A Conservative landslide had been widely predicted in the weeks leading up to the 2017 election. But Jeremy Corbyn’s Labour enjoyed considerable gains throughout the country, denying Theresa May and the Conservatives a clear majority. This was widely considered damaging for Conservative leader and Prime Minister Theresa May, whose days at Number 10 appear to be limited according to a number of commentators.

It was a general election campaign like no other, as of course you might say every one is. But this was unique in being conducted under the violently shocking shadow of a spate of terrorist attacks and looming critical talks about Britain’s withdrawal from the European Union, to say nothing of the Grenfell Tower catastrophe shortly afterwards. In recent months it feels like the remarkable has almost become unremarkable.