The 2010 World Cup in South Africa found me approaching the end of nearly three years living in London.

After the heartache of Germany 2006 I never entertained going to South Africa for the tournament four years later, despite tracking and trailing big cats there the summer before.

On the tournament’s opening day I happened to be around the centre of London, when an overcast Trafalgar Square was transformed into a colourful fan park.

When England stumbled through the group phase I decided to venture back to the centre for the last 16 knockout match against the old enemy, Germany. In a charmless shiny modern bar just off Leicester Square I watched a painfully embarrassing capitulation to a vastly superior Germany.

The nature of defeats and tournament exits comes in all shapes and sizes. Up to now, everything has paled in comparison to the heroic England exit from a tournament which ignited my love for the sport: Italia 90, when England lost to West Germany on penalties. Although Euro 1996, when the same fate befell England, came a close second.

The heroic England exit is always the preferred option, when the team can be admired for ‘having a go’ and perhaps enduring some bad luck – see the aforementioned Germany matches and the 1998 exit to Argentina. Easier to accept but harder to stomach are the dismal exits where England are embarrassingly second best, deserving of nothing more than comprehensive defeat. The latter are easier to manage, the former more painful to bear.

In Bloemfontein, South Africa, against Germany in 2010, it was sadly the latter. Despite Frank Lampard’s absurdly disallowed goal, England were deserving of nothing more than the sound defeat they received. Germany were years ahead. Any clear headed fan can rationalise and accept this: simply nowhere near good enough. But the truth still hurts. In the Premier League we have arguably the best league in the world, the most valuable global product. And yet England are still, within the context of the best national sides in the world, really not very good at all.

After the 2010 defeat to Germany, feeling empty and betrayed once again, I slunk aimlessly around the centre of London. In a warm midsummer Leicester Square there was a crackling atmosphere of menacing unrest, potential for danger and violence which was never quite fulfilled. Throngs of barechested, beered-up young men, yelling defiantly to nobody in particular under careful watch of the police.

Two minutes away in Trafalgar Square the atmosphere seemed more celebratory, as if England had in fact won, or as if alcohol and flippant merriment had immediately blotted out the memory of such an abject performance. 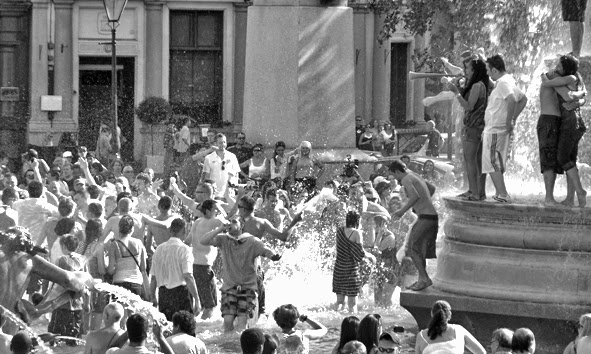 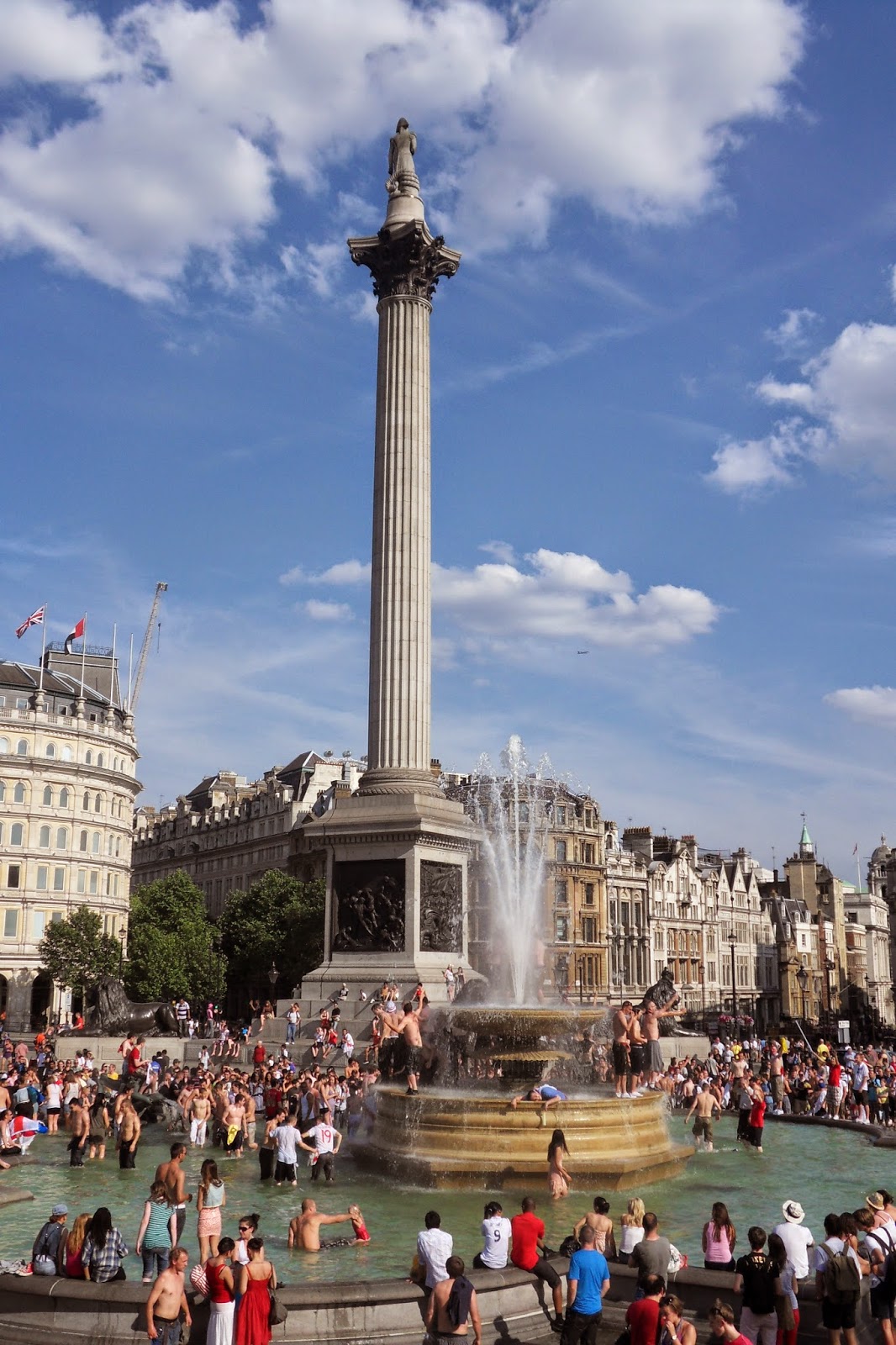 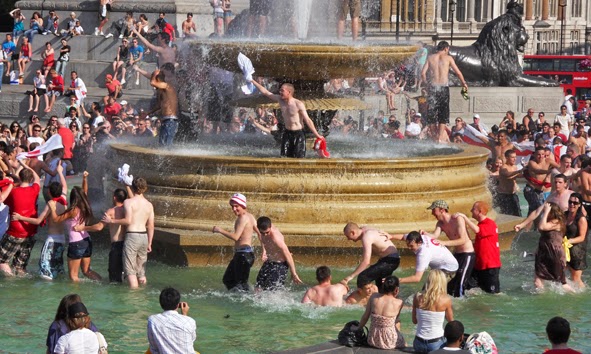 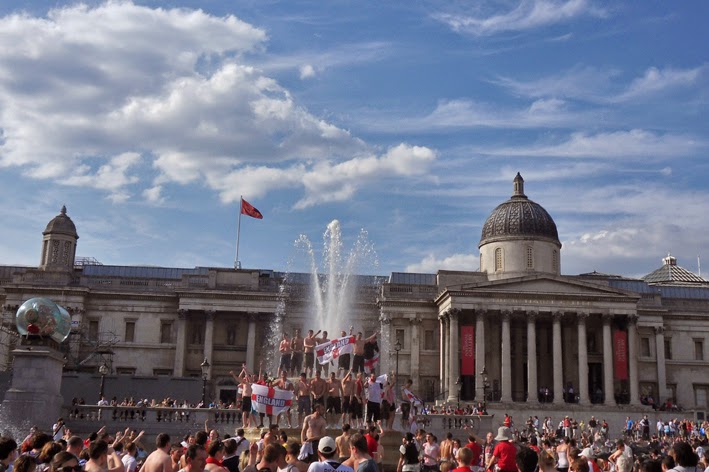 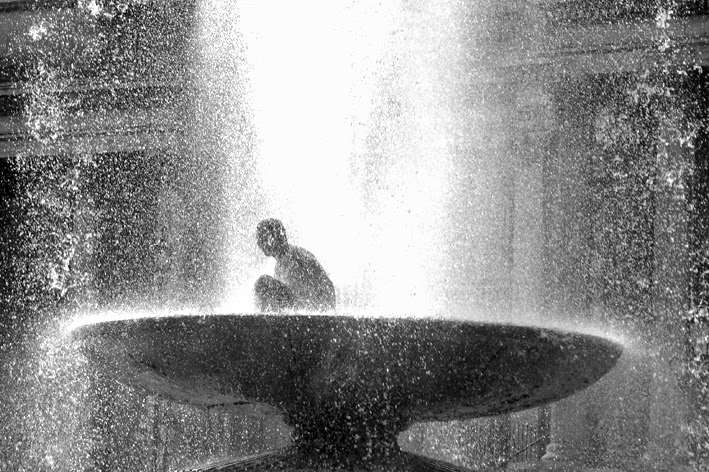 Being a serious football fan means being slightly masochistic. In football they say it’s the hope that kills you but it’s the hope that keeps you going too. You could apply that to much of life in general, even civilisation. We all want to believe things will get better. We all live in hope.

Unless you support consistently successful teams – Spain and Barcelona fans had a good time in the last decade; also Manchester United until last season – you are used to success being a distant pipedream. You grow accustomed to whatever is the general norm for your club, carefully tapering excited hopes during spikes in form because you know it invariably does not last. You must accept that success is only ever fleeting, usually coming with an equal or greater measure of failure and disappointment.

This is all magnified with international tournaments. More people buy into it, there’s a powerful media spotlight, blanket coverage and wall-to-wall advertising, a familiar structure to complement the slow-building tide of momentum. It serves to justify and empower the strength of feeling, the emotional investment, the uncontrolled raging passion. And it is acceptable to badly hurt when the thudding hollow disappointment inevitably arrives.

Football fans are slightly masochistic because part of us enjoys anticipating the pain, or at least the unpredictability and the not knowing.  There is a tragic drama to be played out in a theatre where we can all play a role. Sport’s appeal is largely based on a dramatic unpredictability that is essentially harmless – at least physically. Although we can bear the psychological scars forever.

But we love the emotive dramas which briefly invigorate and somehow authenticate being alive, momentarily distracting from day-to-day mundanity, providing brutally simple categories: goodies and baddies, heroes and villains, winners and losers, easy to follow stories.

People are forever assured by such simplicity. It is more manageable than attempting to assess subtleties, ambiguities, shades of grey, fine margins. All the things now analysed in tiny details by athletes and coaches themselves. It maps onto weightier things like politics, religion and war. Left or Right, Black or White, Red or Blue. Simple tribalism is easiest for many – for better or worse.

Come on, England. Make us suffer.