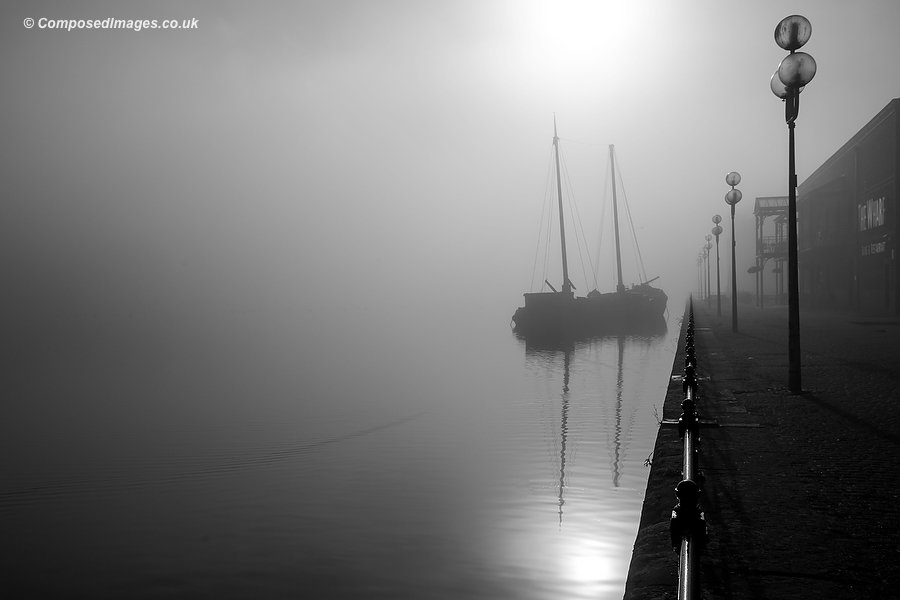 The old barge, Eben Haezer mattered to Atlantic Wharf. Our small part of Cardiff is a poorer place after losing of one of its few distinctive features.

Granted, it’s no real tragedy. Nobody died. Hopefully not even an unsuspecting coot was trapped as the rusty old vessel burped, clanked and went sliding under, one final short journey to the bottom of Bute East Dock a couple of weeks ago. 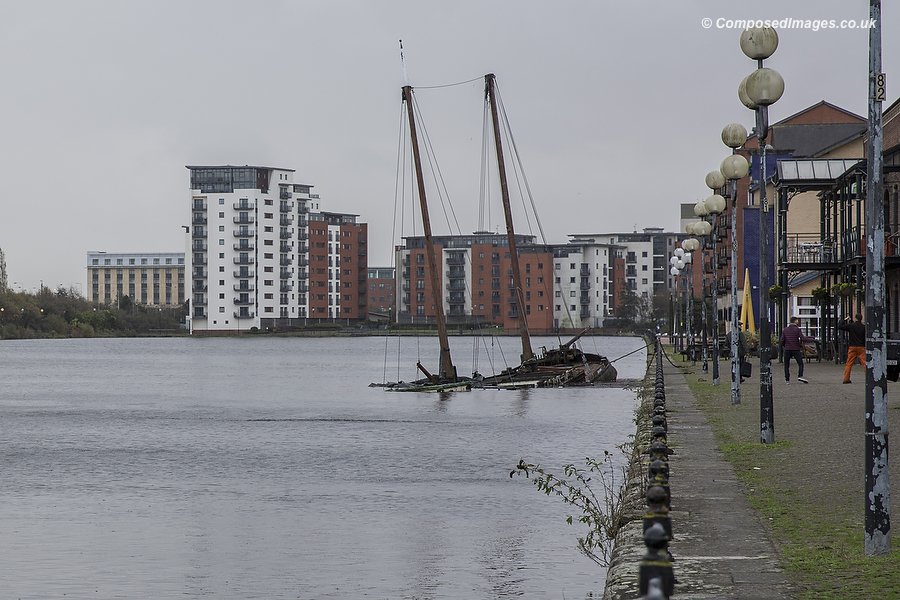 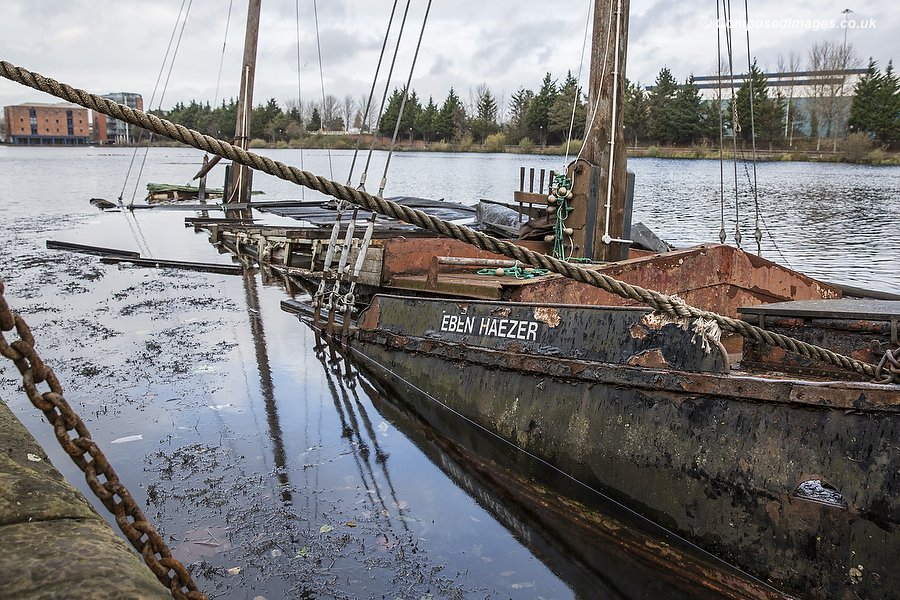 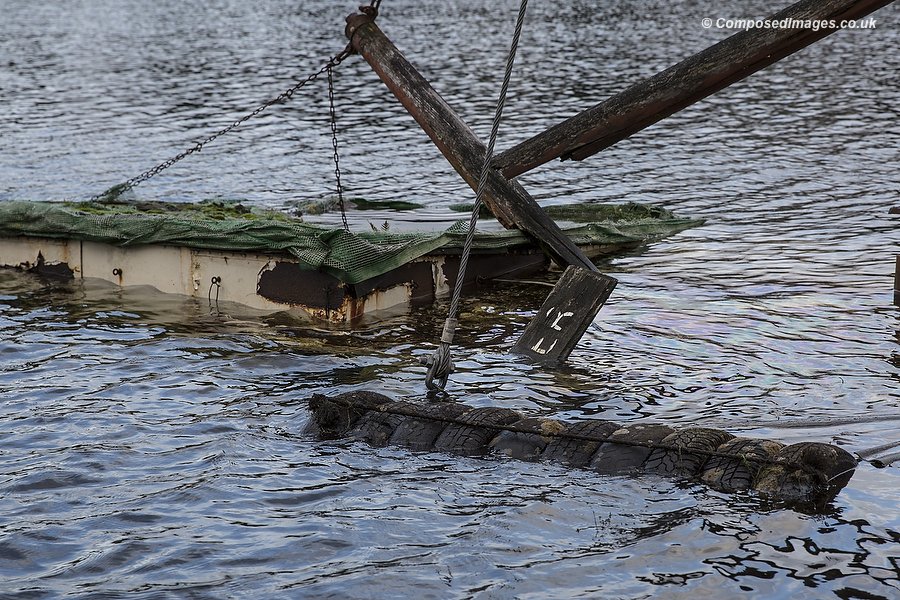 But it’s still sad. The old barge, Eben Haezer, apparently of Dutch origins, moored next to local pub The Wharf and officially owned by the pub’s owner SA Brains; it was all of ours. At least those of us who lived or worked, walked or ran around Atlantic Wharf. Hotel guests and fishermen, a number of whom continue to show a frustrating lack of respect to the environment, regularly leaving litter and fishing line behind them: it was theirs too.
[Read the Composed blog – When man kills wildlife]

A loss can be most painful when it’s been a day-to-day physical presence for a long period of time. It’s why you might grieve more for a pet than a distant relative. It could be a stretch to apply this to an inanimate object but when it’s such a neighbourhood centrepiece, it’s justifiable.The wreck of Eben Haezer was a gently iconic suggestion of history, of a time not all that long ago when Cardiff Bay and its docks formed a busy industrial port.

As a Cardiff landmark Eben Haezer was not in the realms of Cardiff Castle, the Millennium Stadium (or Principality Stadium, as we must now learn to call it) or the Wales Millennium Centre. Situated roughly half way between the city centre and Cardiff Bay, it was an unmissable feature of our Atlantic Wharf neighbourhood, equally enjoyed by visitors to the pub and guests of the adjacent Holiday Inn Express hotel. Besides a surprisingly rich population of wildfowl, it was the only punctuation on a flat expanse of water – aside from all the litter. Although some might argue it became the largest piece of litter on the Wharf.

Nonetheless, hotel guests might feed the ducks, remark on the quaint old boat, have a drink in the pub and walk into town for a rugby match, or into the Bay for a show. The boat had character and was well photographed and written about over the years, not least by me. 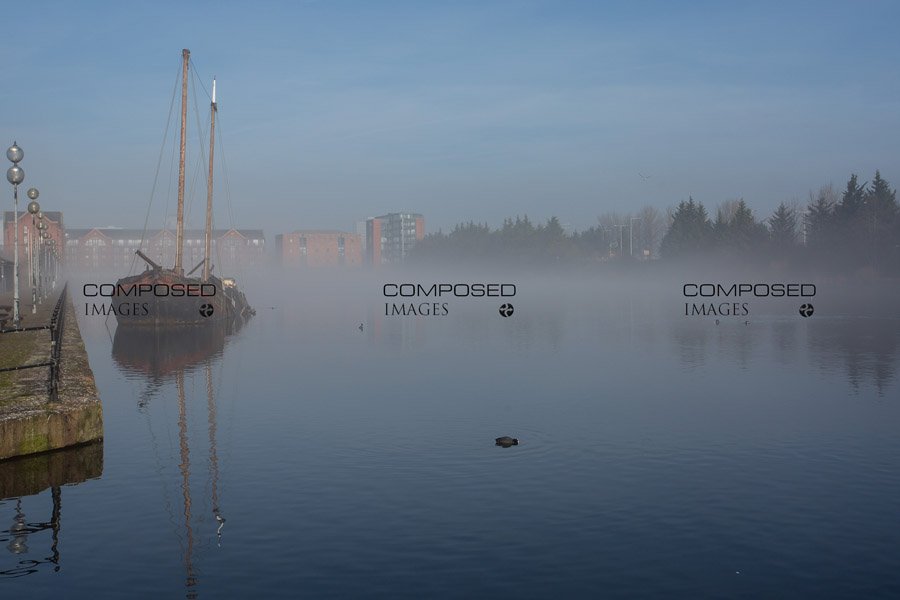 [Read the Composed blog –  Walking Round The Wharf]

We don’t have too much of a community in this part of the city, holed up in our forgettable identikit, turn of the millennium flats and houses. We are a transient mix of people, ages and ethnicities, few of us with much genuine allegiance to this place of inner city suburban limbo.

We lack shared history and shared places. We are not Roath or Rhiwbina, Cathays or Canton. And clearly we are not the well-heeled media elite of Pontcanna, darling. We are on the edge of, but not quite Butetown or Adamsdown. In truth, we are not quite anything. Merely a functional magnolia part of Cardiff, devoid of real identity or quirkiness or anything that memorable. It’s the location we’re here for, the proximity of other stuff.

The Wharf pub, the council’s spaceship sized office, County Hall, and a smattering of parks: that’s pretty much all we have as nearby hubs or meeting places. There is an obvious strong compensation in both the city centre and Cardiff Bay being a short walk away. Location is what draws most here, the reason why our residential buildings exist, and why more continue to be built. 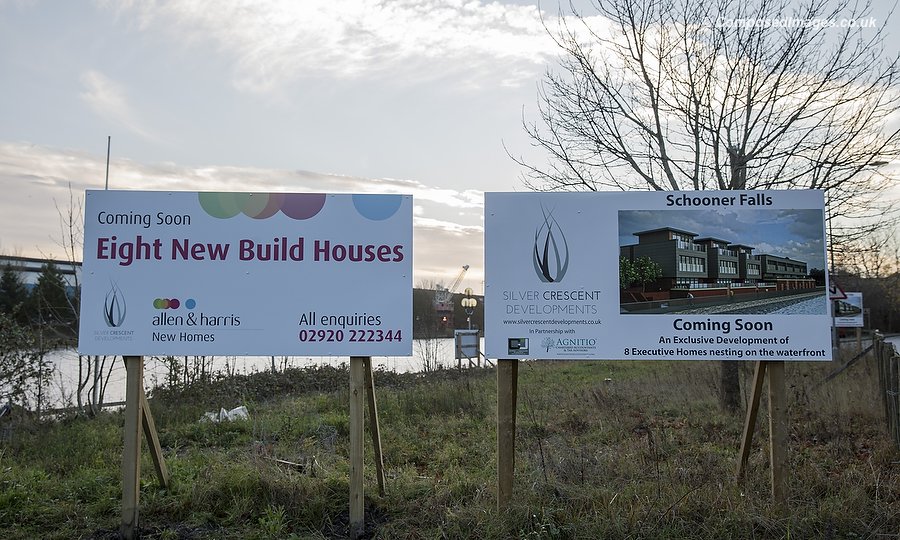 But whichever way you look at it, Atlantic Wharf is a poorer neighbourhood without Eben Haezer.

The old boat was significant because of what it represented: a local charm, a wormhole into the city’s history, a rugged and romantic kind of industrial identity. It sat out there on the water, casually appreciated, but alone and uncared for.

In the wake of its sinking, some said it was left to rot, or ‘allowed to deteriorate’. Indeed, if it was an animal, ‘wilful neglect’ would be hard to deny. It was seemingly allowed to decay with little evidence of maintenance. Of course its owners SA Brains had other priorities of making the pub turn a profit. The existence of the pub often seems to dangle by a confusing thread. Up for sale one month, suddenly rescued for the foreseeable future the next.

Over a week or so, considerable work went into the project of safely securing the boat, ensuring the containment of toxic substances, then dismantling the boat. Local marine contractors Edwards Diving Services and Cardiff Marine Group were on site. Many workmen in florescent jackets came to consider the boat. One diver I saw had the unenviable task of fishing around in the depths. 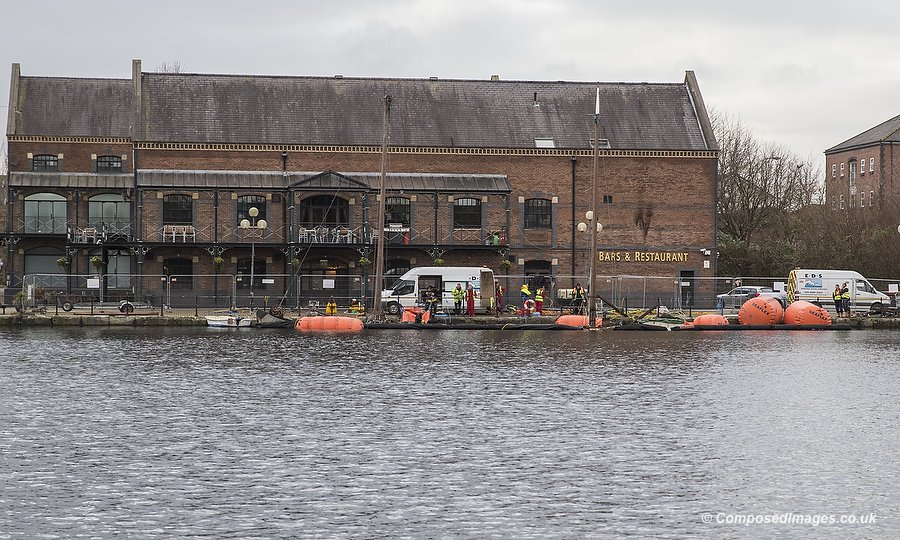 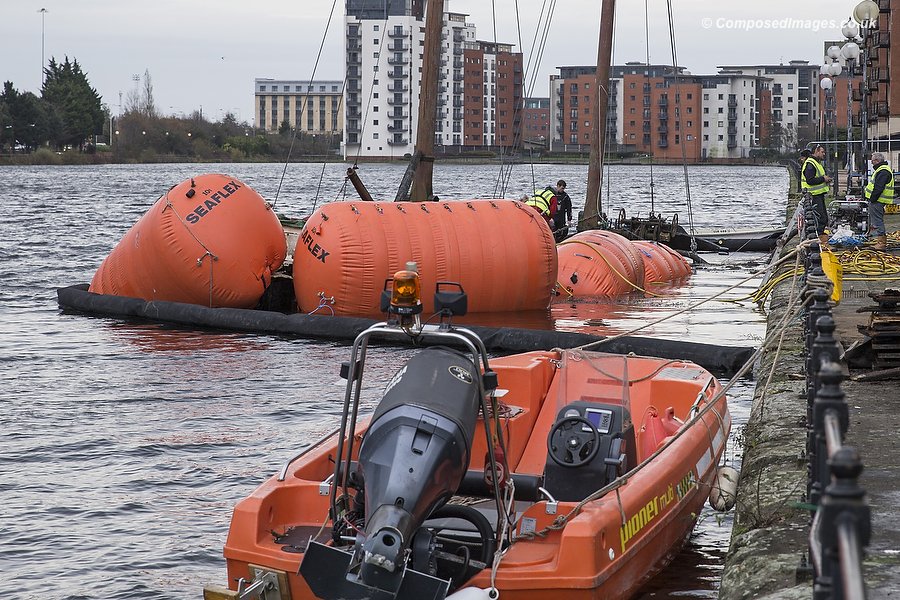 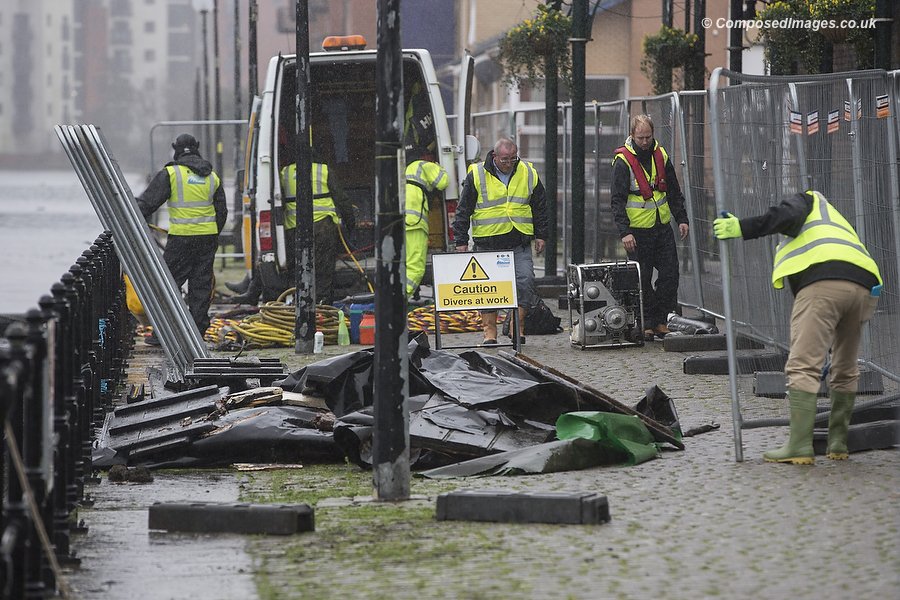 Service providers from as far away as the Isle of Wight were needed for the project. This can’t have been a cheap enterprise.  If, over the last 12 months, the boat had received half the amount of care she had in her final days, maybe she’d still be there today. She was briefly raised with the aid of some floats, before a monster of a crane appeared on Tuesday morning this week, looming like a giant Transformers figure over the neighbourhood. There was a sombre, funereal feeling about operational proceedings from then on, a cortege of cranes, the end in sight. 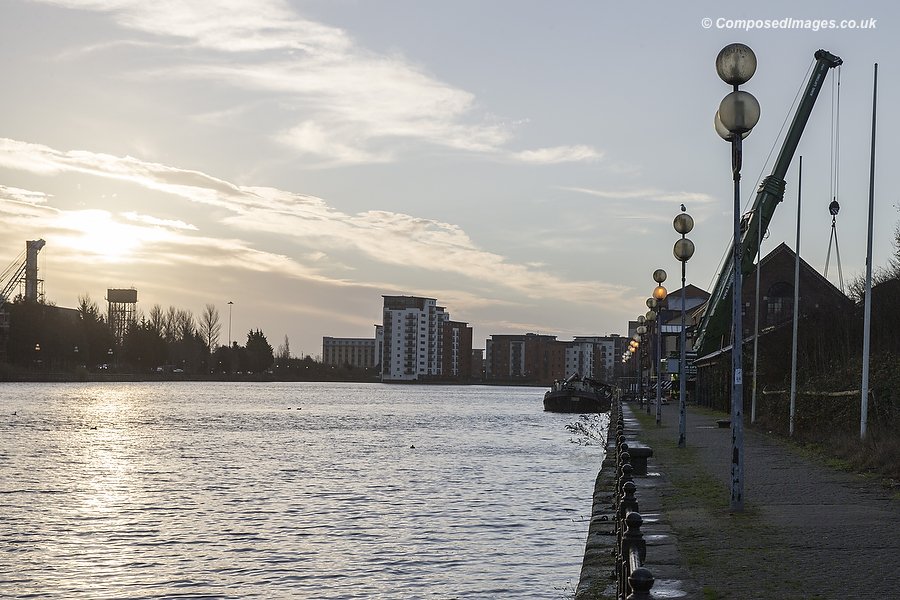 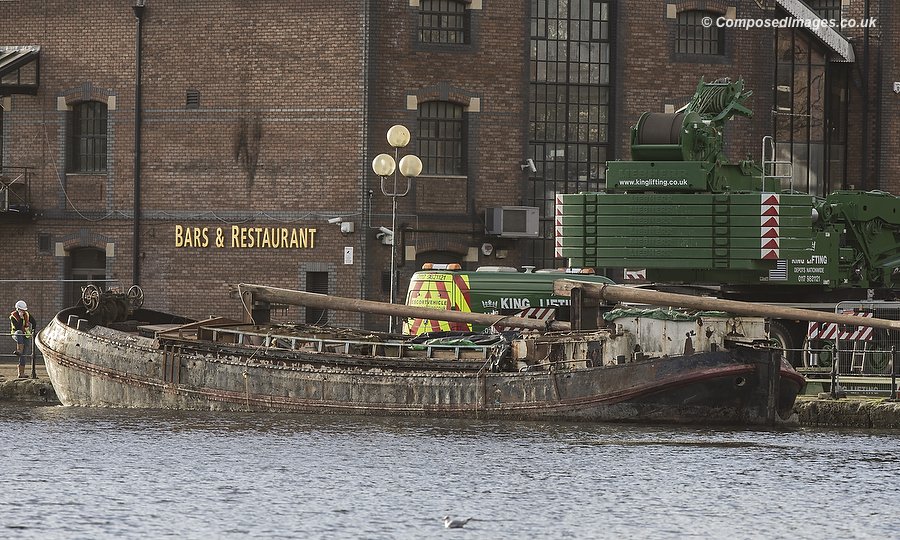 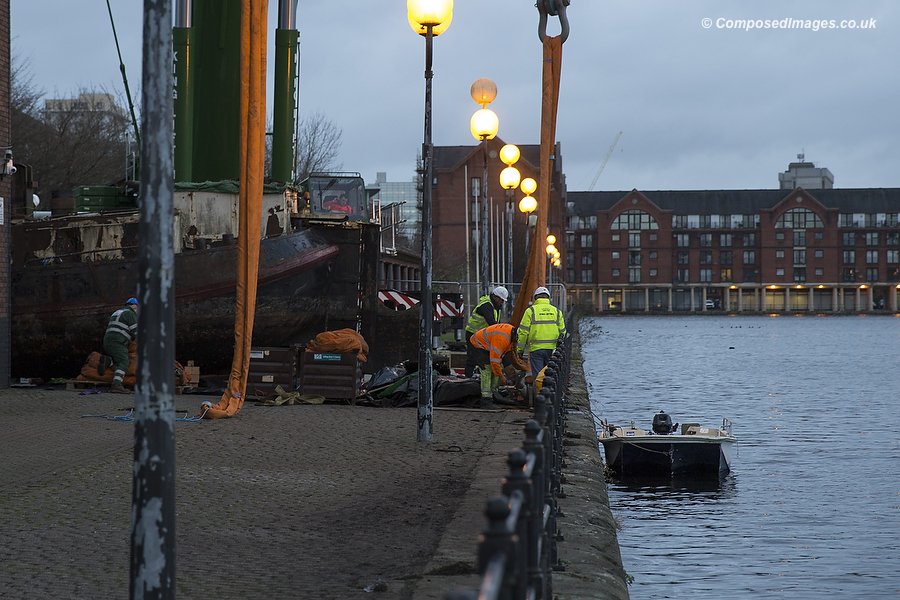 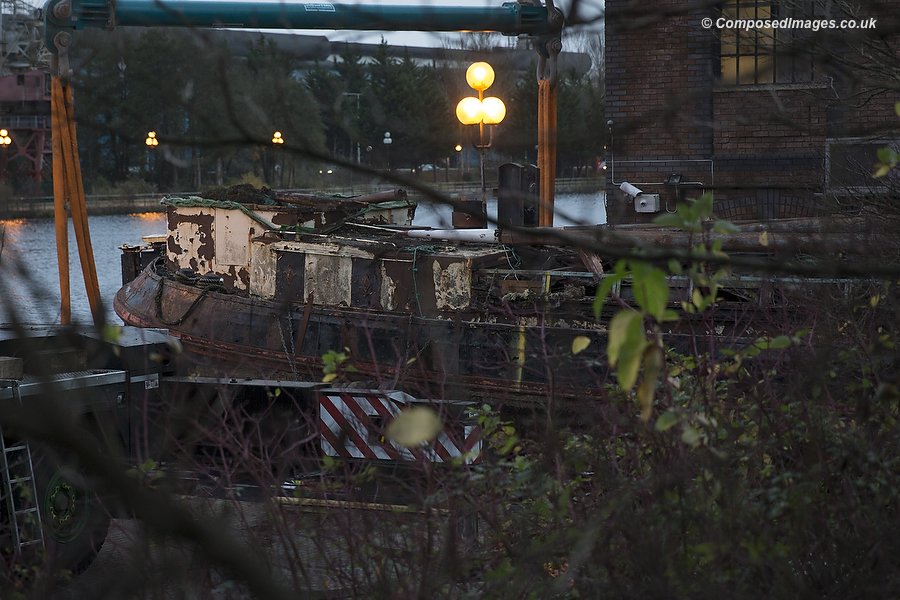 Now we have to get used to the gaping absence where she bobbed for so many years, slowly wearing and rusting away. Like anyone who loses a day-to-day piece of the furniture, we have to slowly adjust to a space that glows with a strange ghostliness.

Bon voyage, Eben Haezer. Float on in our memories, you battered old barge, fondly remembered and sorely missed by the people and visitors of Atlantic Wharf.

[…] days up there, controlling them, lifting and packing from ships. Now the boats themselves are drifting away in one way or another, it’s the cranes which interrupt the skyline most […]