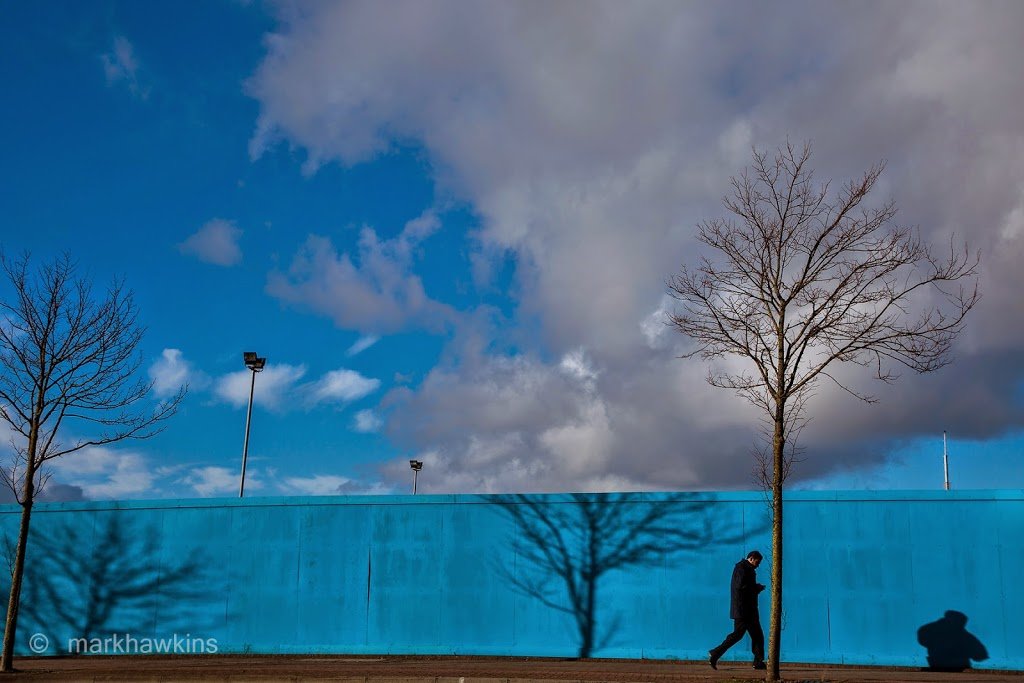 I was able to take a wander around a newly opened waterside section of Poth Teigr in Cardiff Bay this week. A hub for the creative industries promoted with moderate fanfare by a Welsh Government Minister or two in recent months, it most prominently contains  the BBC’s Roath Lock Drama Village.

The imposing BBC Wales building is responsible for the production of globally successful hits like Doctor Who and Sherlock Holmes.

I met actor Paul Kaye in the gym this week, here filming for the opening episode of the new Doctor Who series. Also a star of Game of Thrones and with a wide-ranging reel of credits, Kaye made his first and possibly best impression on me with Dennis Pennis, his eccentric American alter ego character invented for 1990s BBC programme The Sunday Show. He would loudly bait red carpet trotting celebrities at film premiers, which thoroughly entertained teenage me. Sadly, he said there wasn’t much chance of a reprise for this character.

A short goal kick away from the studio is The Doctor Who Experience – a tourist attraction and ‘must see’ for any visiting fans.

There are less well-known but still creative digital businesses based nearby in the distinctive new build, The Gloworks. While the opposite side of the dock is lined with residential buildings, mostly flats for all those creative hipsters.

It still being the time of year for low sun and long shadows, there was much to play with besides.

and how the light spindled away from this protective metallic shielding in a beguiling, spooky almost Doctor Who-like fashion.

Heading away from the area, I was drawn in by the clash of blues and shadows in this construction site chipboard. This Cardiff photographer  lingered there a minute or two, possibly looking suspicious, waiting for the sun to pop out from behind some clouds and a pedestrian to come along.