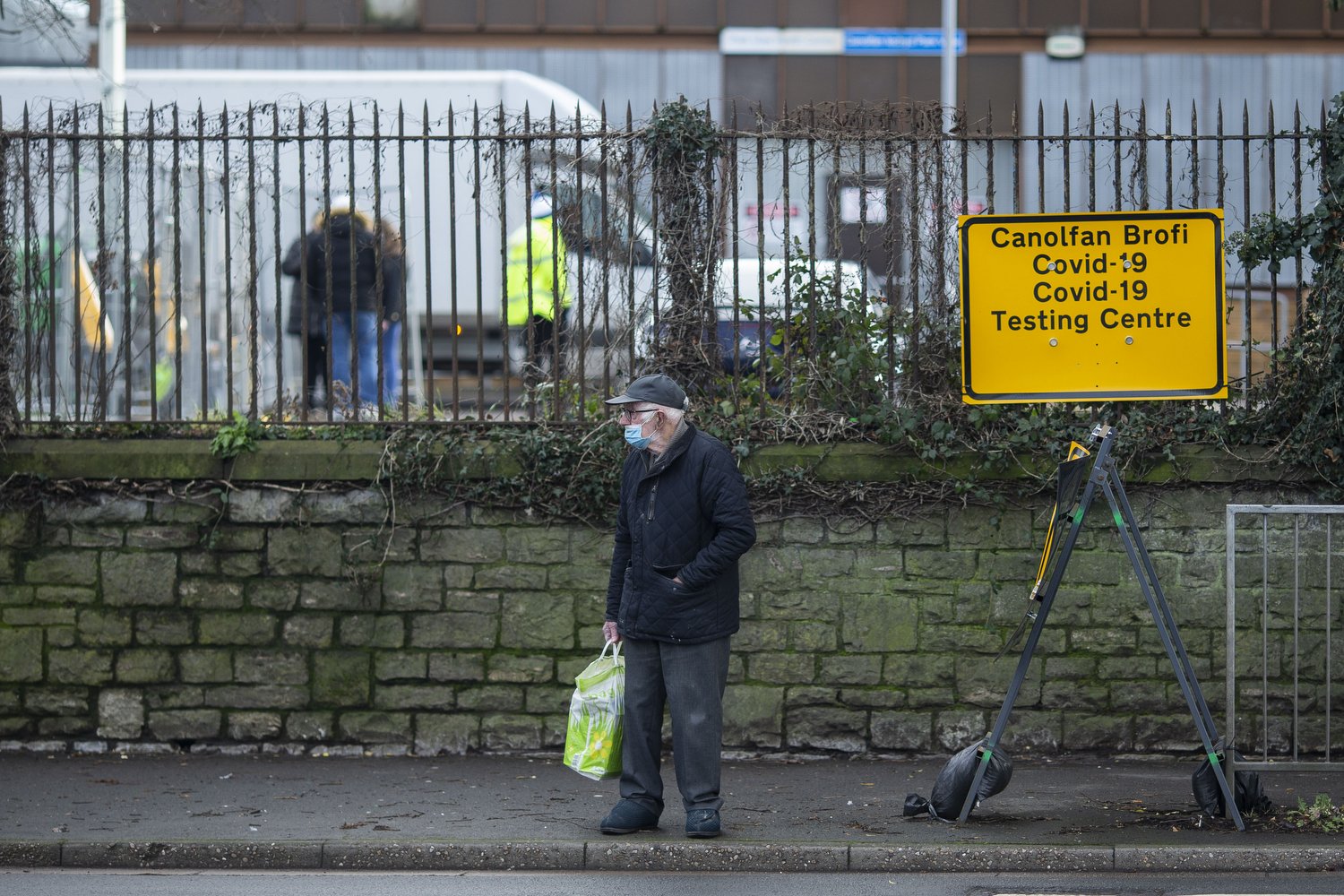 The now UK-wide coronavirus 2021 lockdown feels a world away from last March. The governments of Northern Ireland, Scotland, Wales and England have all done it slightly differently, but after a journey of various changing restrictions over the last few months, we are now in the same place. 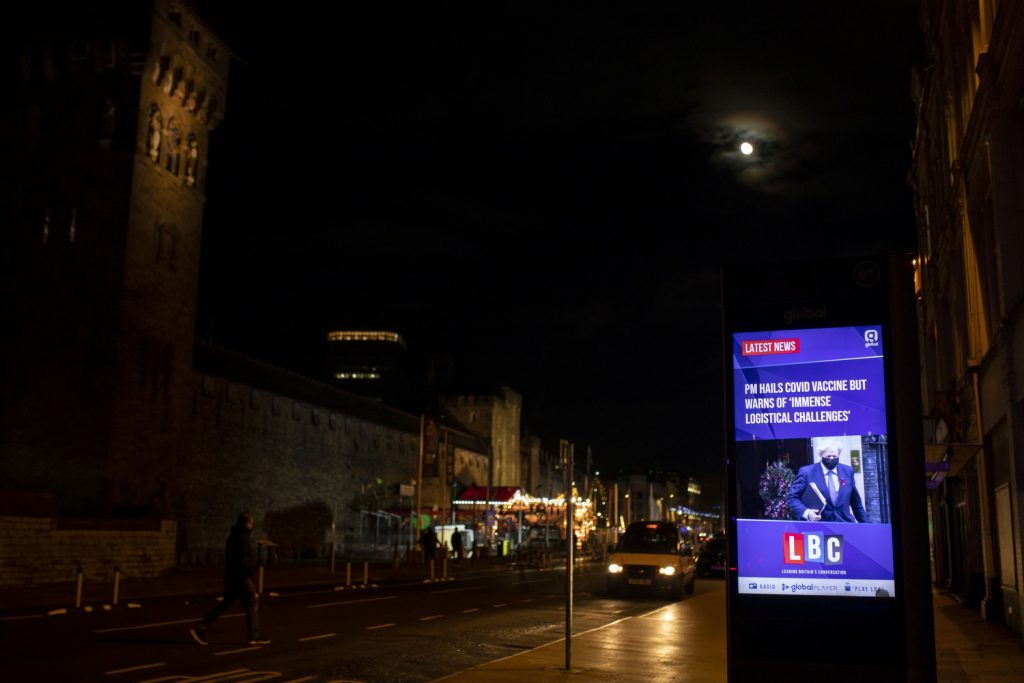 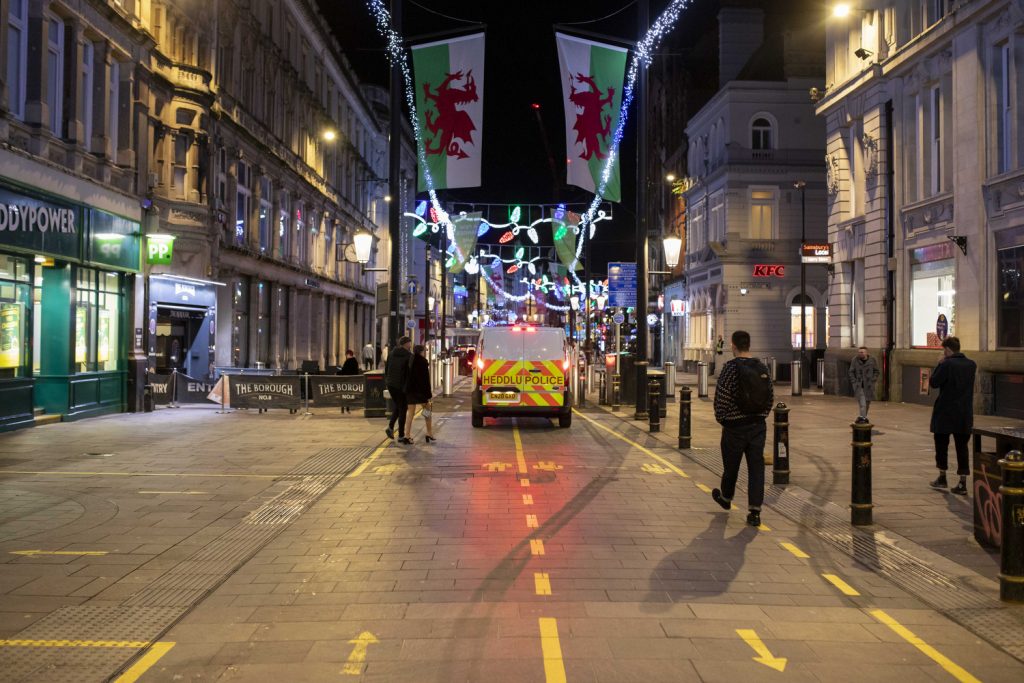 CARDIFF, WALES, UNITED KINGDOM – DECEMBER 03, 2020 – A police van is seen driving along pedestrianised area amongst revellers in Cardiff city centre before the December 04 introduction of a Welsh Government alcohol ban and closure of pubs, restaurants and cafes beyond 18:00 GMT to slow the spread of coronavirus. 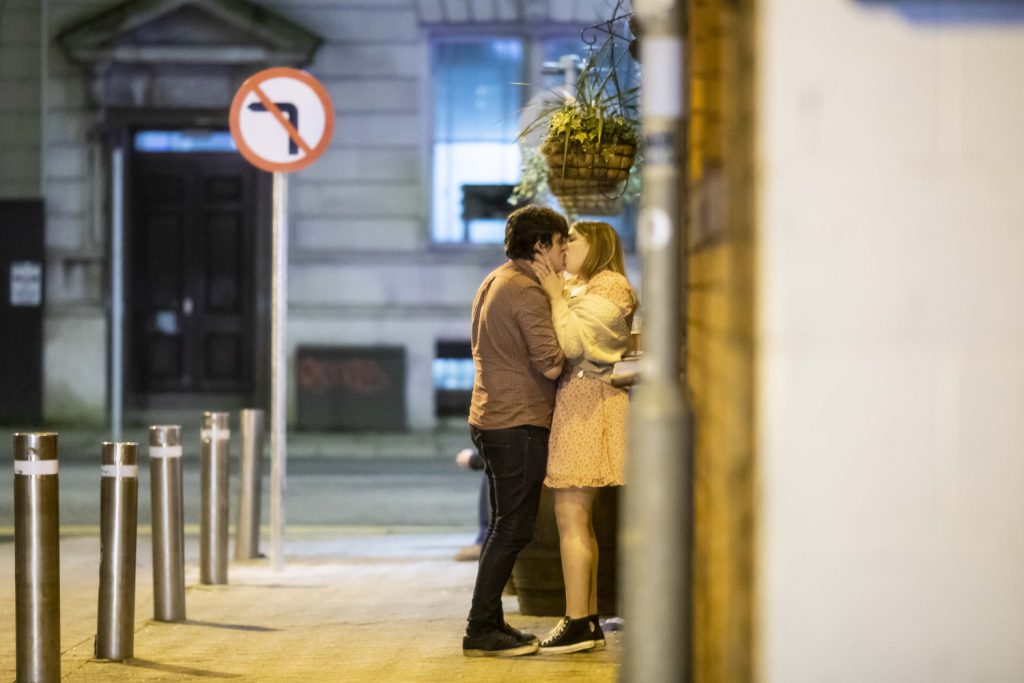 CARDIFF, WALES, UNITED KINGDOM – DECEMBER 03, 2020 – A young couple kiss outside a pub in Cardiff city centre before the December 04 introduction of a Welsh Government alcohol ban and closure of pubs, restaurants and cafes beyond 18:00 GMT to slow the spread of coronavirus.

Here in Wales we have been under “alert level 4” restrictions since December 20th, with non-essential retail shut, hospitality closed, travel restrictions imposed and people told to stay at home. It has also been decided that schools will remain closed after the Christmas break.

With figures still ‘surging’ (popular word) significantly higher than the first wave, due in large part to the much more infectious new variant, England has now effectively sidelined its regional tiered system in favour of a full blanket lockdown everywhere.

Yesterday (January 6th) the national England lockdown became law. It is likely to last at least until the end of February. 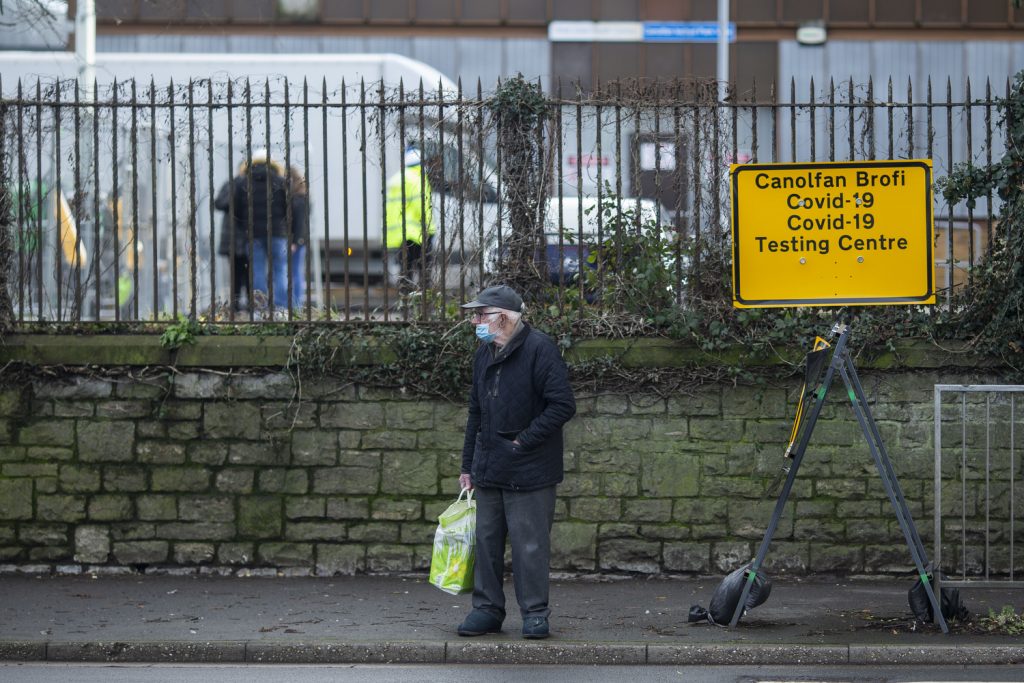 A man waits to cross a road near a Covid-19 testing centre in Cardiff, December 29th 2020.

Last March there seemed a greater sense of togetherness in the fight against coronavirus, a healthier collective psychology. There was springtime, clearly extending daylight, nice weather and warmer months ahead. Here at the start of January, the most torturously unending month of any regular year, it feels altogether different.

In an attempt to recapture that original positive energy, this evening another round of 8pm clapping will start again, newly dubbed ‘clap for heroes’. But it can’t repair the current battle-weariness and fatigue. You suspect its success of last year will not be repeated.

For a small fraction of people there is ongoing fury at what is perceived as gross exaggeration or hoax: unimaginably heartbreaking and demoralising and infuriating for NHS staff pressured to their limits, to breaking point, to utterly broken. 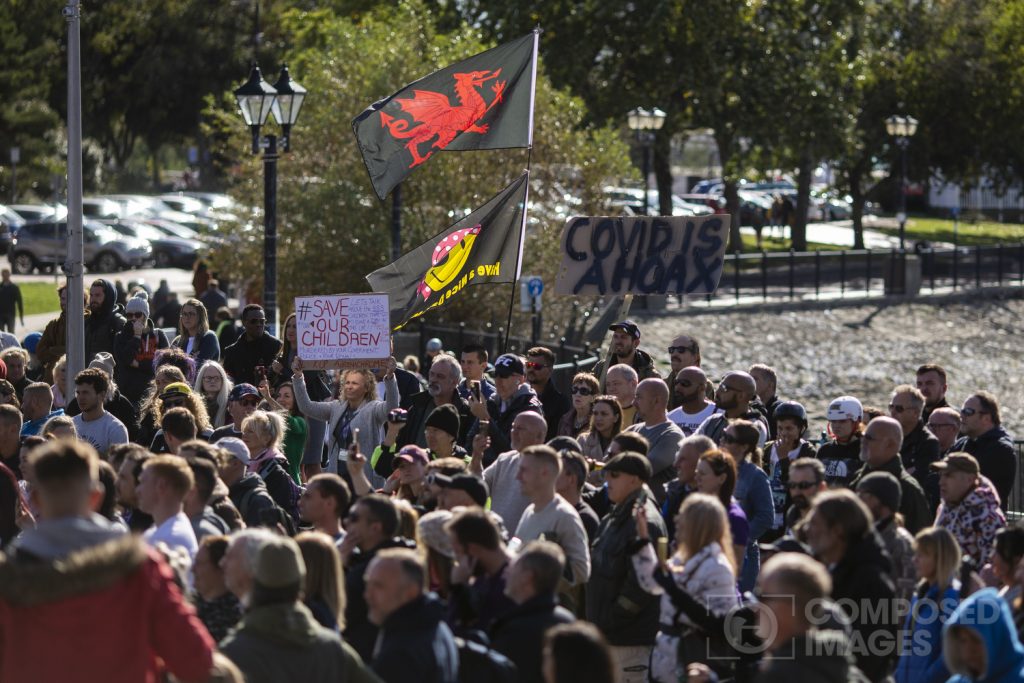 CARDIFF, WALES, UNITED KINGDOM – October 11, 2020 – The crowd watch speakers during a protest against lockdown restrictions coordinated by StandUpX outside the Senedd Cymru Welsh Parliament in Cardiff Bay. StandUpX describes itself as ‘a community of people protesting and standing up for our rights across the UK’. 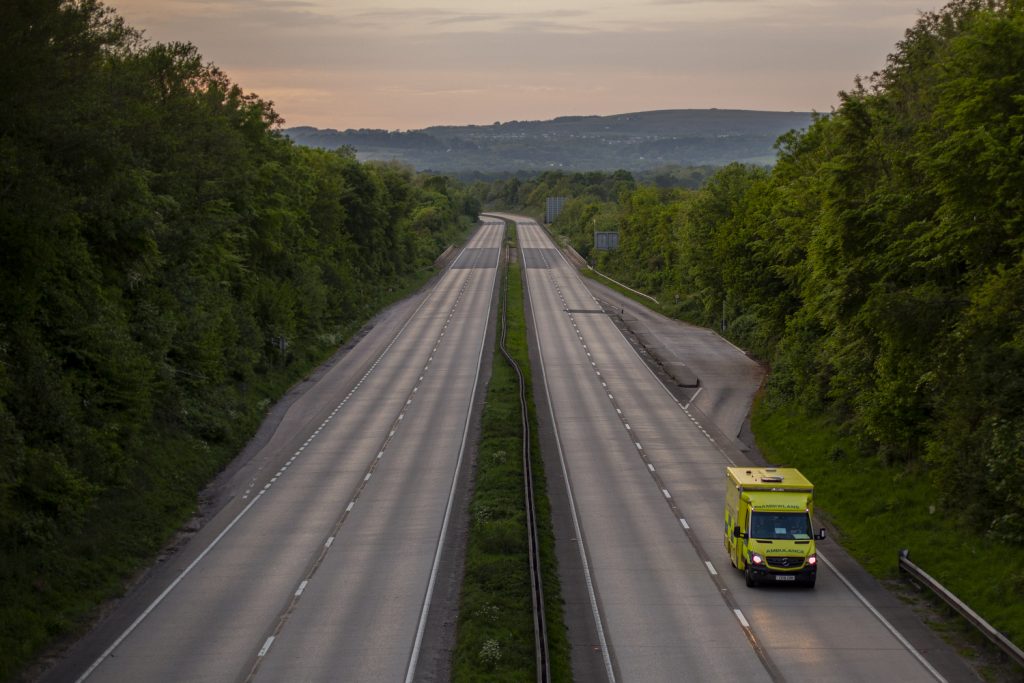 The attitude spectrum and rule-breaking

It reflects a vast attitude spectrum. Important covid rules exist which should all be followed, our governments tell us. But they are not all easy to follow and people break them. 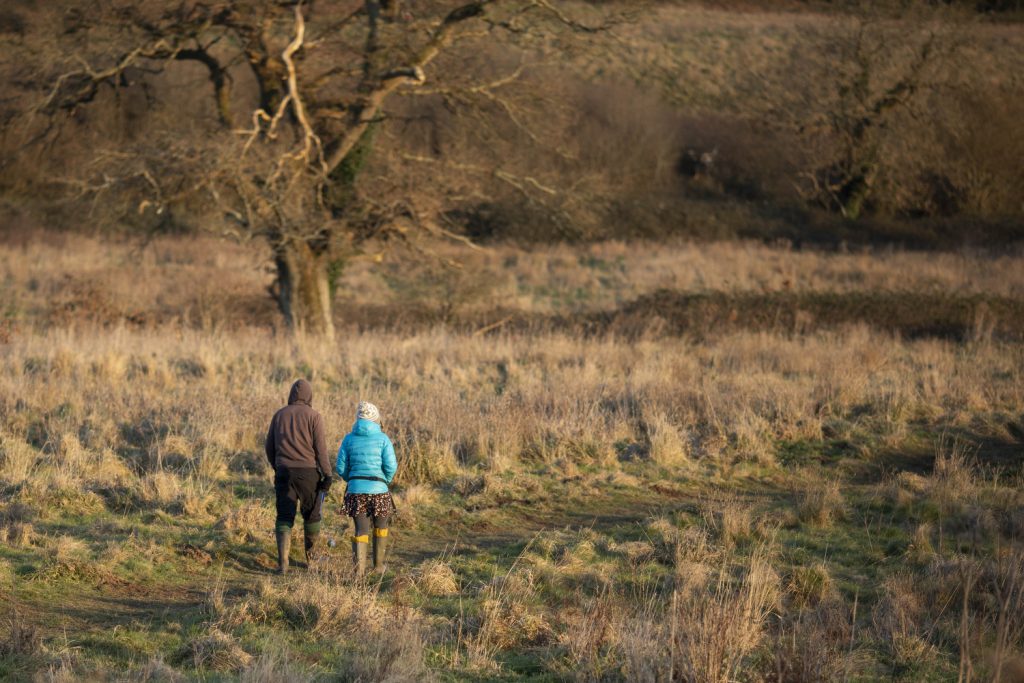 There is a spectrum of rule-breaking. When all the local excursions with dog and / or toddler become grindingly boring and tedious, we might jump in the car and drive ten minutes for a small change of scenery. This breaks the rules.

After dropping my daughter at nursery the other day I visited a directly neighbouring drive-through Starbucks and bought a coffee to drink while sitting in the car and blankly staring through the windscreen at some bushes. I think that was allowed. In a vehicle next to me were two unmasked women with coffees, one of whom had arrived in a different vehicle. Colleagues, friends, possibly sisters. But likely rule-breaking again. A one-off, or a regular thing?

There is a lot of grey. How far should you walk or run or cycle for your daily exercise? Large numbers of people drove significant distances to beauty spots over the holiday season. Pen y Fan mountain in mid Wales and Snowdonia in north Wales all saw many hiking visitors, apparently oblivious or uncaring of the rules.

Unlike schools, nurseries are still open in England and Wales during the current lockdown and it remains the subject of debate. Is it essential for our daughter to be in nursery? Not really. Could we manage with her at home, as we do three days per week? Yes. Does it offer headspace from the constant care required by a toddler? Yes. Should we feel guilty or somehow bad? Dunno.

Previously easy questions are now hard. Everything feels questionable, loaded with risk, open to the judgement of others. Everyone is feeling their way through with each personal decision, hoping to get it right.

At the far end of the spectrum is flagrant abuse, the house parties and illegal raves, the regular mixing of multiple households. It is bound to happen, and of course Christmas and new year celebrations will have helped to spread the infection. A mass event in northern France over new year reportedly saw around 2,500 attendees over several days. All of this is hard to govern and police.

Away from the frontline and the outside world is home, where we are supposed to stay for long periods of time. We have been here before and it is unpleasant, tedious, frustrating, incredibly boring. The isolation, the fiercely shrunken worlds, the home-schooling, the monotonous groundhog existence. 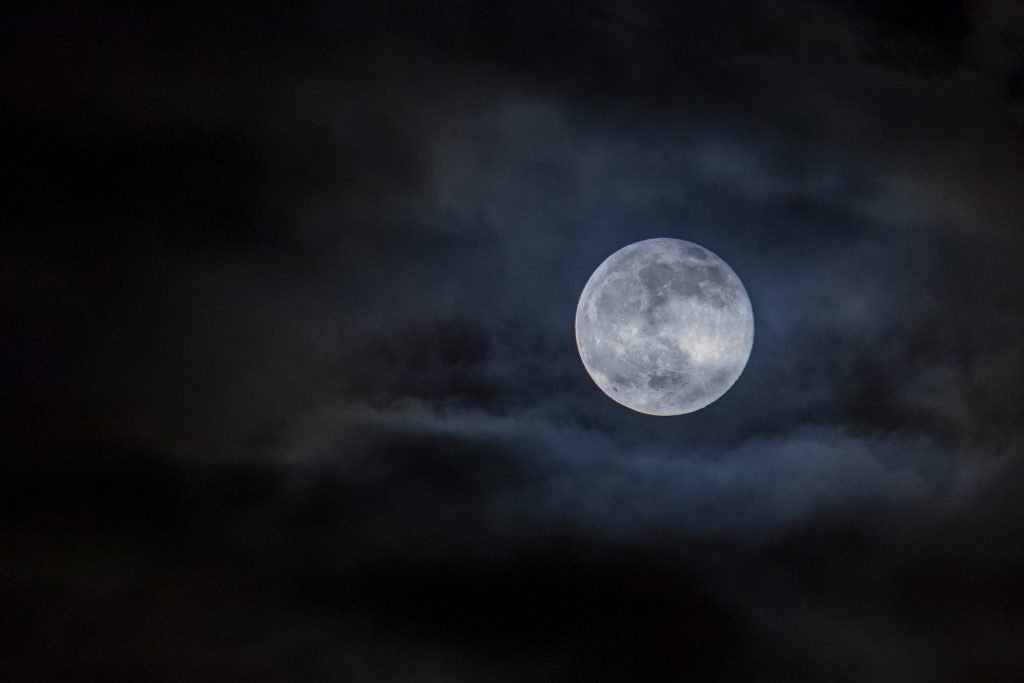 With the knowledge of horrifyingly rising cases, and the fact things will get worse still before they get better, comes the vaccination promise, the carrot-like incentive of better times later this year. Although the UK prime minister is inclined to U-turns and last summer promised things would be normal again by Christmas. I’m not sure if he actually specified which Christmas, but most people assumed Christmas 2020.

Recent home-based writing work has given some insight into the world of medical professionals. I have interviewed and written about medical specialists working in infection control, safeguarding, mental health and palliative care. It has been equally fascinating and humbling. My admiration and respect for these highly skilled professionals, my sympathy for their fair pay battle, greater than ever. 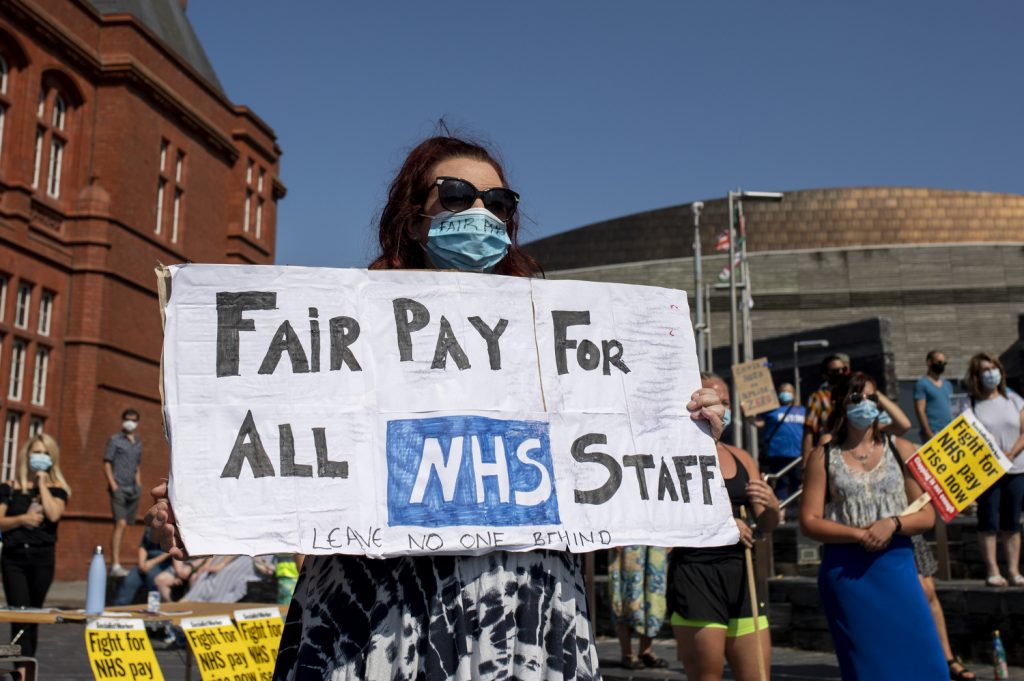 We know that this lockdown won’t end anytime soon, and when it does there will be multiple stages of eased restrictions, as there were before. Hopefully the vaccine rollout will help to accelerate the easing, but that itself will be a huge and protracted project.

Less publicly discussed, probably because it doesn’t bear contemplating, is if the virus mutates further. What if there are even smarter and more infectious variants down the line, clever enough to outwit and overcome the current vaccines? This is not inconceivable. How grindingly perpetual might this state of rolling lockdowns and restrictions and vaccinations become?

Cheerio, and best wishes for 2021. Now wash your hands. Your phone / laptop / tablet is filthy.