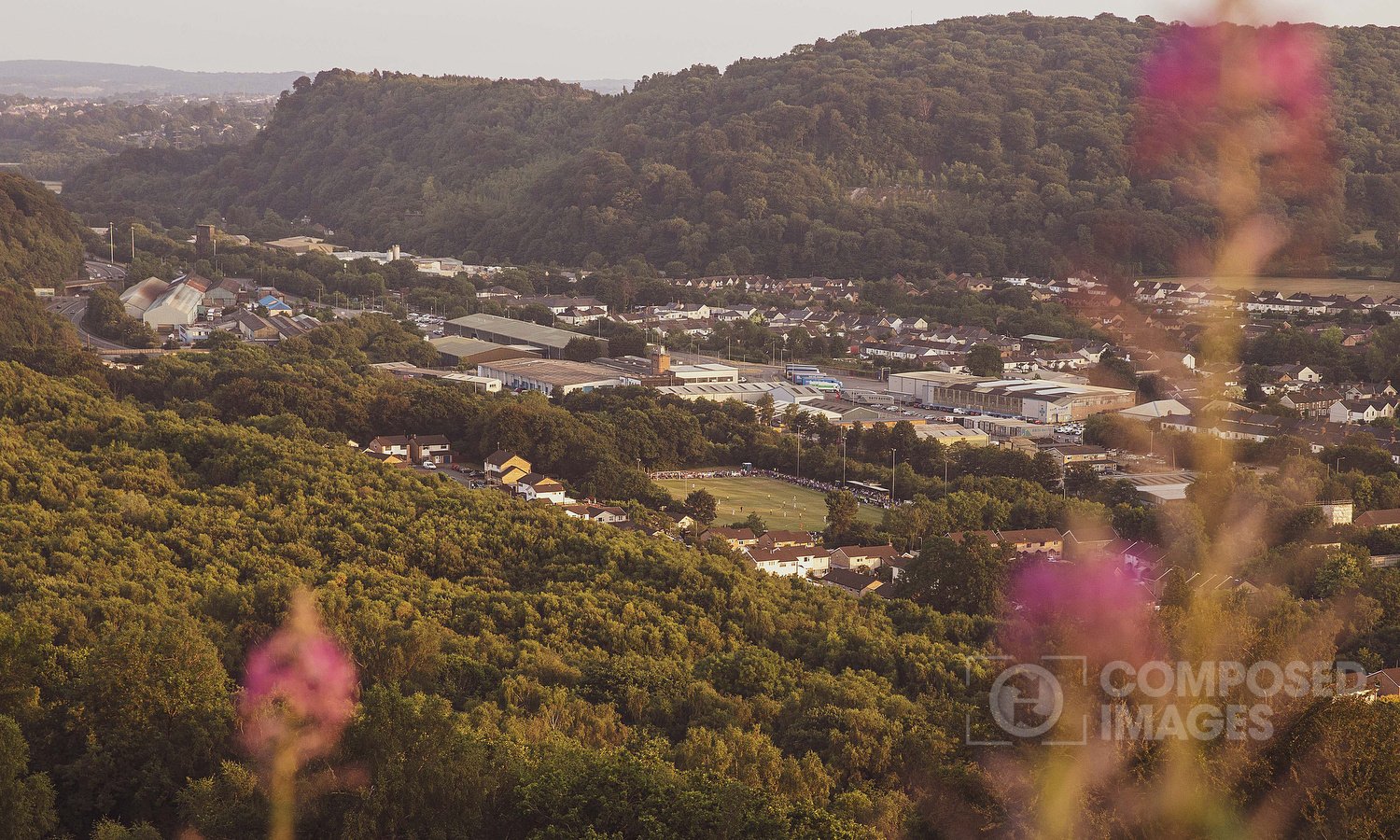 For most football fans, the last few months have been tough. In summers without a major international tournament like the UEFA European Championships or the FIFA World Cup – which is every other summer – things seem to drag. You drift restlessly through Saturdays and life can feel rudderless.

There are brief distractions like the FIFA Women’s World Cup this summer, the Confederations Cup and Copa America for international teams across the Atlantic, but it’s not quite the same. The time differences are awkward and it’s never like the good old workhorse drudgery of day-to-day, week-to-week domestic football. Those threeish months between mid-May and August can feel like years.

Wimbledon tennis? It’s all right for a while when it starts, but the second week usually seems like a regularly repeated reality television series.

Ashes cricket? We had the opening test here in Cardiff. England won that match and it was all generally considered a success. But you could level a slightly elitist toff claim again, the England team being sponsored by Waitrose, and its moments of high octane drama don’t tend to compare with football.

It can be a slumbering, soporific affair. In my admittedly limited experience the grounds can sprawl far what seems like miles, reducing any intimacy and intensity.  It doesn’t crackle and fire and explode like football. 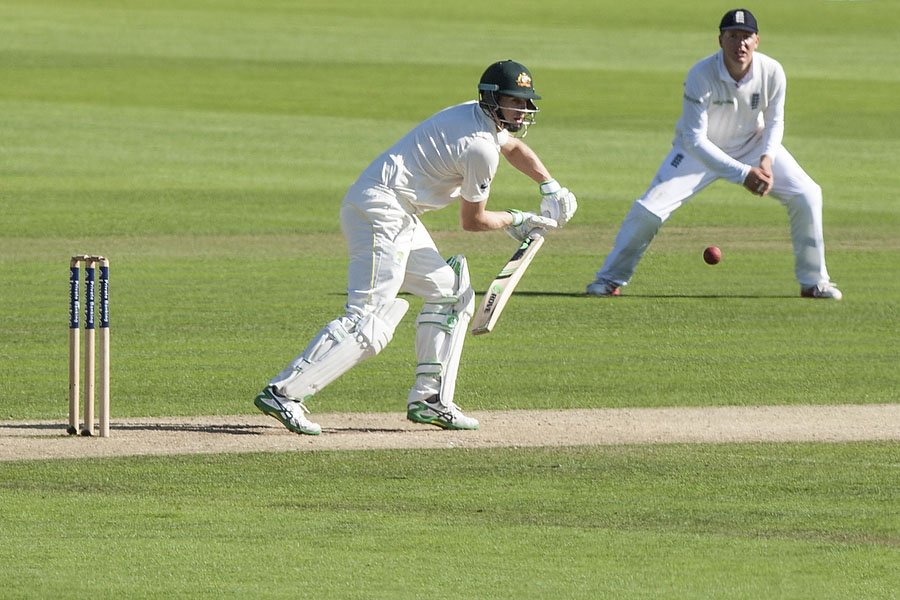 Action from the first test of the ashes series in Cardiff.

But how to counter the football withdrawal symptoms? For me, the on demand BT Sport trove of Premier League archives provided some support. I’d wave my good lady off to bed and stay up watching Liverpool against Manchester United from 1993/94, or perhaps a cheeky season review from the early noughties. Football takes on a whole other nostalgic, affectionate dimension when you look back at it.

Books helped too. I mostly read modern fiction but Roy Keane’s latest ghostwritten book The Second Half piqued my interest, not least by being under two quid in the Kindle store. Keane is an impenetrable tough Irish guy and you never know quite what he’s thinking, unless he’s giving candid views from the pundits’ sofa during television coverage.

But even then you suspect there’s an embittered internal dialogue going on. I photographed him several times last season when he was Paul Lambert’s assistant at Aston Villa, around the time of the book launch. He was all brooding intensity and bushy facial hair. Rarely even a glance towards any camera. 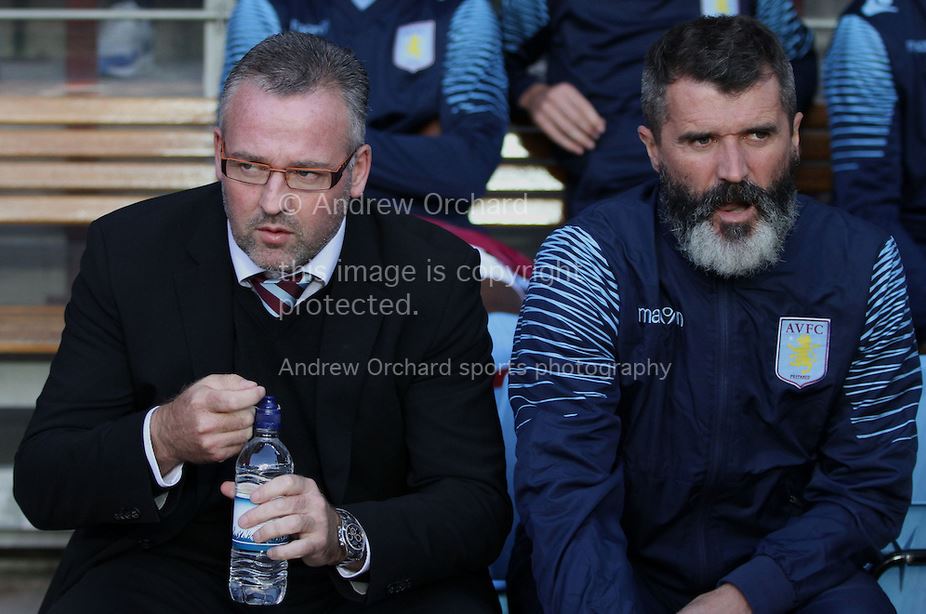 Paul Lambert and Roy Keane, who shaved for the book launch in Dublin shortly after this match.

Another reason I was warm to the book was its ghostwriter, Keane’s fellow Irishman Roddy Doyle, having been a fan of his for as long as I have read fiction. One of the first ‘grown up’ books I remember reading and loving as an adolescent was his Booker prize winner Paddy Clarke Ha Ha Ha.  This made me confident the book would be readable.

There were parts of dry humour you weren’t sure were more Keane or Doyle, but that made it all the more intriguing. It covers the end of Keane’s playing days with Manchester United, his managerial career with Sunderland and Ipswich Town, his broadcasting career with ITV as a pundit, and briefly his coaching with Villa and Ireland.

Towards the end, another book was mentioned which sent me down another avenue. Football history is a vast area because the sport has been a cultural juggernaut for over a century, particularly in Britain for the working class masses.

The romance of looking back at top level football of a decade or two ago is amplified and distorted when you leap back several decades. Old images of those insanely packed out stands, all the period details, how the kits and footballs themselves evolved, as well as the grounds and the people.

Arthur Hopcraft’s The Football Man: People & Passions In Soccer was first published in 1968, a time when George Best was in his prime for Manchester United and players were beginning to enjoy more of a celebrity lifestyle thanks to maximum wage abolishment.

It offers a precious insight into how football developed in the middle of last century. The contrast with today’s scientific, analytics and technology-heavy game and virtually identical all-seater stadia couldn’t be starker. Attitudes and characters of people closely involved in the game are explored in great detail. You can’t help but wonder what those interviewed – Nat Lofthouse, Sir Alf Ramsey, Stanley Matthews – would make of the game as it is now.

The book prompted me to search on Youtube for footage of football from the period and earlier. British Pathé’s YouTube channel has a mesmerising trove of historical archives, FA Cup finals dating back to the 1930s, and some even earlier. I lost hours in there.

Hopcraft’s book discusses how fans’ chants were connected to their working class trades, referees being told to “use your lamp!” – a miner’s reference to short-sightedness.

In the video footage you can chart the visible evolution, oceans of mandatory flat caps and handkerchief waving, slowly replaced by rattles, flags and replica shirts, the crescendo of sponsorship and commercialisation, but scarves always remaining the staple item of merchandise.

There are infinite questions – cultural as well as sporting. The 1980s’ stadium disasters of Hillsborough and Heysel which ushered in all-seater stadiums: what exactly happened around that time? Had supporters slowly changed, was violence and hooliganism at its peak? Was there greater civil and political unrest amongst working classes around that time, which manifested itself into something altogether bigger and nastier?

We can probably only speculate and argue, rather than definitively explain and agree.

These summer months of 2015 have nudged me down avenues I may not have explored otherwise. It’s a positive reminder that breaks and holidays are generally for the good, serving to renew appetites that could have become jaded, serving to show you why you love what you love, how you don’t know what you’ve got til it’s gone.

Now a new term is finally dawning, the ridiculous soap opera is beginning anew and the history books can be put aside. Welcome back, football. I missed you.

[…] the Composed blog: Coping Without Football] Perhaps due to my love of Back To The Future, perhaps due to the fact that it’s just a […]

[…] [Read the Composed blog Coping Without Football During The Off Season] […]