The collapse of Christian Eriksen 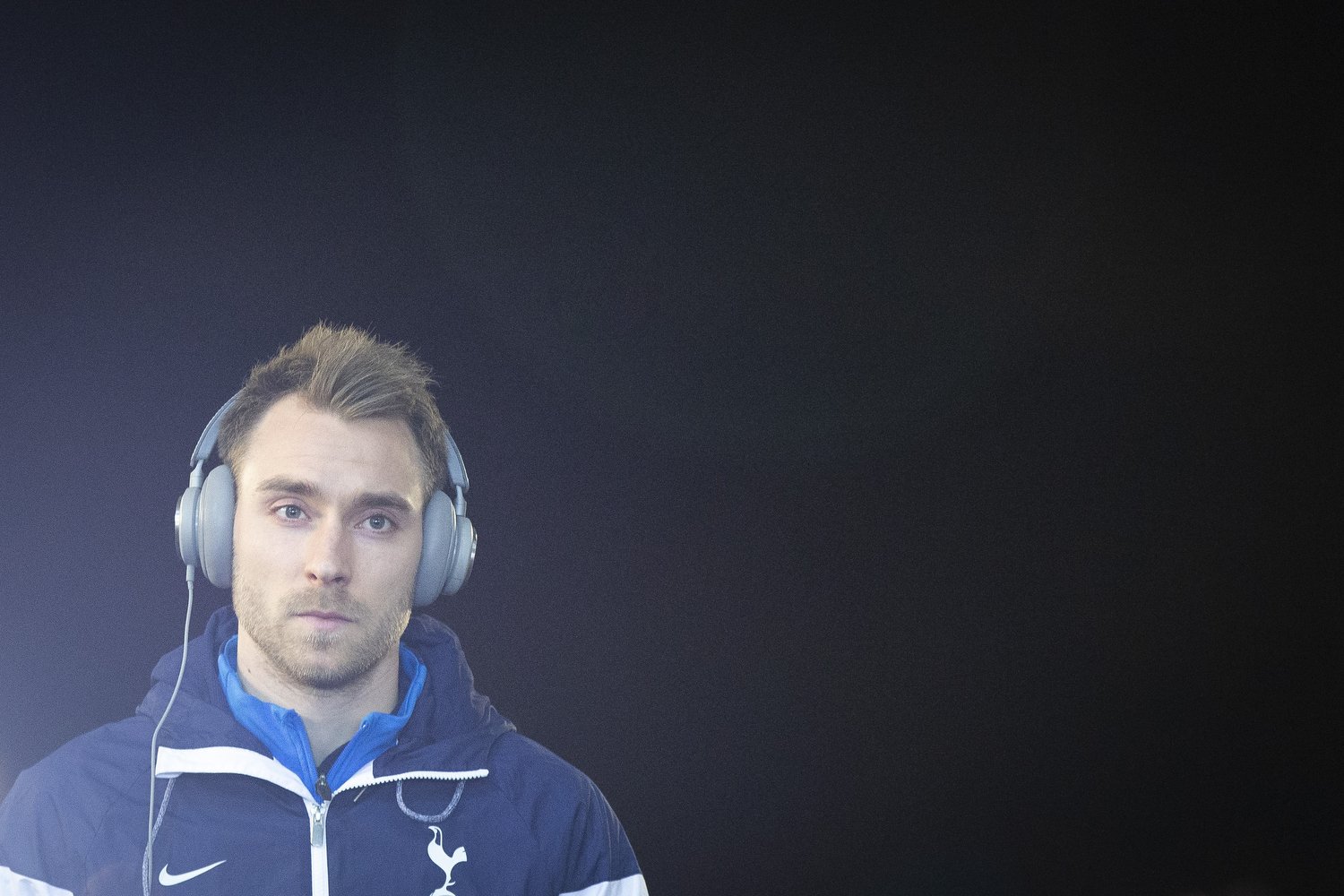 Written in some attempt to process the awful event…

We all watch, dumbstruck, horrified, harrowed, sickened. It’s just before half-time of this third match of the coronavirus-delayed Euro 2020 tournament. Denmark against Finland in Copenhagen. Around 4 or 5pm here in the UK on another baking midsummer day. It’s surreal to see a stadium almost full of fans. I’m half watching the game on my laptop, half reading impenetrable remortgaging documents.

The commentator’s tone indicates that something serious has happened. Panicked looking Danish players swarm around a stricken Danish player on the turf. I rewind back a few seconds to watch what happened. Christian Eriksen appeared to show for a throw-in, offered himself as a potential recipient. And he was thrown the ball, then it looked like a flick switched inside him. Lights out. His momentum kept him going forwards but he staggered, the ball bounced off his leg and he flopped to the turf, face down, lifeless. That itself was shocking. Then the urgency of his team-mates’ reactions, the speed of the medics sprinting across the pitch. One of his team-mates wanted to act himself and was brushed aside by goalkeeper Shmeichel: no, wait for the professionals. Then they arrived and still the director hadn’t cut away from the pictures. I beckoned my wife over to watch this, rewound so she could see what happened, then back to live again. Live again. Still we can see Eriksen’s lifeless face. His team-mates form a wall around him, though still we can see as CPR begins, the defibrillator is applied, his body actually… convulses? Are we really seeing that? We feel shaky, trembling, our own hearts beating faster. Are we watching this young man die? Is he already dead? He looks dead.

This is a familiar man who had played for the best part of his career for the club I support, Tottenham, and performed brilliantly. I had photographed him in actions many times, getting off the team coach, playing, scoring, celebrating. A one-way relationship like you tend to have with most footballers, but still a relationship. Come on, Christian. Fight now. Hopes had routinely been pinned on him to command the midfield, to help create chances. One of those players often said to have a ‘wand-like’ foot. He’d created countless moments of joy, this man who doesn’t appear much like a typical footballer. Scandinavian cool, yet also sort of boring. Like he could have easily been an accountant, a junior bank manager or lawyer. Something meticulous and precise looking about him.

Come on, Christian. This is horrible. We feel sick. Come on. The players around him are distraught, crying, shielding their faces with their arms, their shirts. A couple of players are turned the other way, watching on at the working medics. Minutes and more minutes pass and still the cameras roll. I feel wobbly, panicky, want a strong drink, want to hug my blissfully oblivious daughter in the other room, asking “what you doing?” as we stare at the laptop screen. Come on, Christian. Images of anguished fans staring, hands clasped together as if in prayer, hugging each other, forlornly clutching plastic cups of flat beer, images of the managers and officials in urgent discussion. Images of Eriksen’s distraught partner on the touchline being comforted by his team-mates.

Finally, finally Finnish players leave the field and we are transferred back to Gary in the studio with his pundits, Cesc Fabregas, Alex Scott and Micah Richards. All are visibly stunned, Lineker ashen. Behind them is a wide angle view of the pitch. A minute or two passes of them falteringly saying not much, trying to express what we are all feeling. Then we see, just about, if squinting, the group of people in that top right corner of the pitch, the group around Eriksen: they are moving. They are leaving the field. It is not remarked upon by the studio panel. Come on, Christian. Lineker closes the show, appropriately sombre. We don’t know if the player has died or not.

Later we learn he was conscious when they left the field, photographs emerge of him, eyes open, groggy, a hand out to the crowd. More formal statements say he has been stabilised in hospital and the game will astonishingly resume, just 90 minutes after it was suspended. The fans are still there. Both sets had been jointly chanting Eriksen’s name. Finnish players and staff clap the Danish players and staff back onto the pitch. The game resumes.

Finland win 1-0 thanks to a headed goal Kasper Shmeichel would have comfortably saved on most other days. Denmark’s current Tottenham player Hoijberg also fails with a penalty, stroking a tame kick into the goalkeepers grasp. An unforgettable, traumatic and scarring football match in which we watched a star suddenly die and become miraculously revived.

[Read the Composed piece, The Disappearance of Emiliano Sala.]