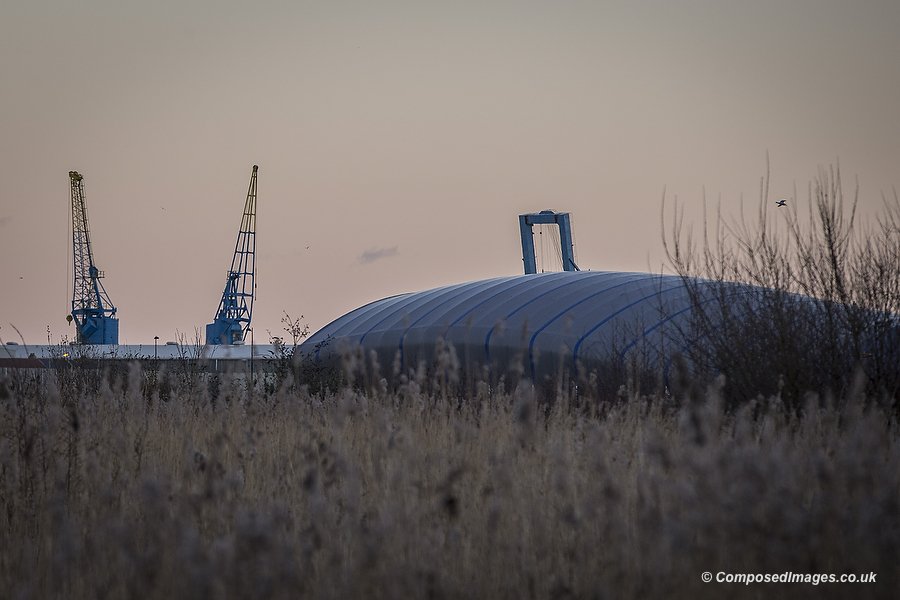 Everyone struggles to fathom time. “How is it still January? Why is it not Friday yet? It’s midday already?! Remember when he was a little baby? Where did those ten years go?”

It happens gradually, sneaks up slowly. Its passing can appear confusingly sudden and totally remarkable. You need a moment of still reflection to absorb it, to observe. And even then it can be difficult.

Death can help. Death is a harshly jolting reminder of mortality and time’s endless, unforgiving river. Seemingly ever-present cultural icons are at its mercy. Most recently they included David Bowie and Alan Rickman.  The grief of many people in the wake of these high profile deaths has been like children losing their first beloved pet, the gut-punching realisation that nothing is forever.

Death slices through life, allowing us to experience shockingly unambiguous endings and offensively abrupt partitions. There was a rich swathe of time when the pop culture landscape was unmistakably imprinted and consistently reimagined by a vivid mix of art and characters presented by one creator. Now, that time has finished and music won’t ever be reimagined in the same way again.

Wider indications, though subtle, can also be obvious when you look for them: decay, regeneration, evolution, repetition. So it is with the landscape of cities.

This occurred to me during January walks across Cardiff while listening to a lot of old and new music by David Bowie. (I regularly walk in an attempt to keep my dodgy back mobile. Seizure and incapacity can mean losing work, as well as considerable pain. I’m also a boringly staunch advocate of walking. You rarely get ideas by sitting rigidly at a desk, staring at a screen for seven or eight hours straight. Movement is good for the mind and body. Take lunchbreaks, however busy you are and even if it’s raining.)

The Millennium Walk sits between the River Taff and what was the Millennium Stadium. Now the stadium has been renamed The Principality Stadium, clearly for commercial reasons, and signs have been changed in time for the upcoming Six Nations tournament. 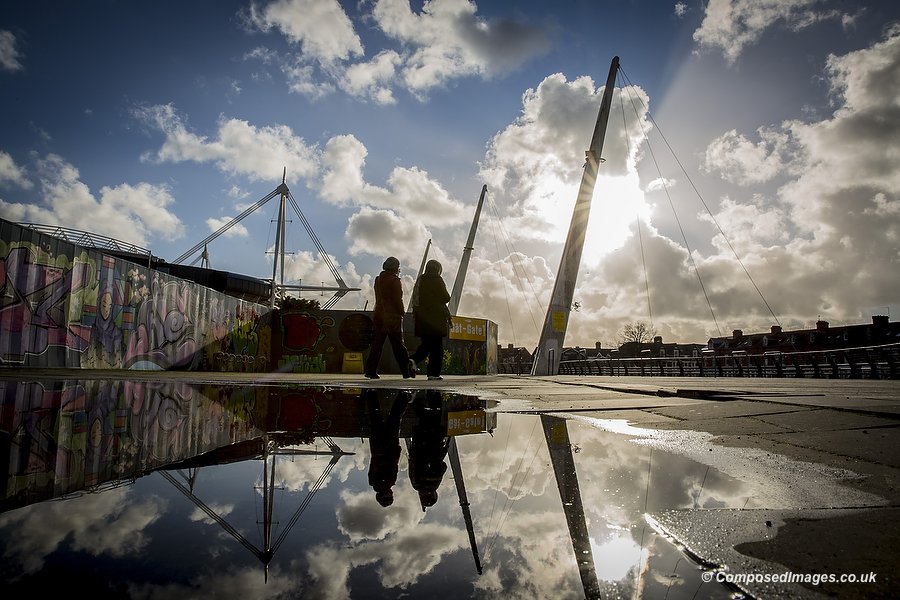 As well as its dominant sporting arenas, the industrial environment of Cardiff has changed almost beyond all recognition over a relatively short space of time. Cardiff changes include the city’s docklands, which was not all that long ago a bustling hub for exporting coal and iron, steel, shipping. A major employer. I found this short BFI film about Cardiff, showing the area in all its former glory.

In 1950, imports outstripped exports for the first time in the port’s history and in 1964 coal exports finally ended. The 1970s saw a short-term import boom and in the 1980s there was a slight rise in traffic, with the former port beginning to be regenerated for non-port uses, before activity dwindled further. So says Wikipedia. 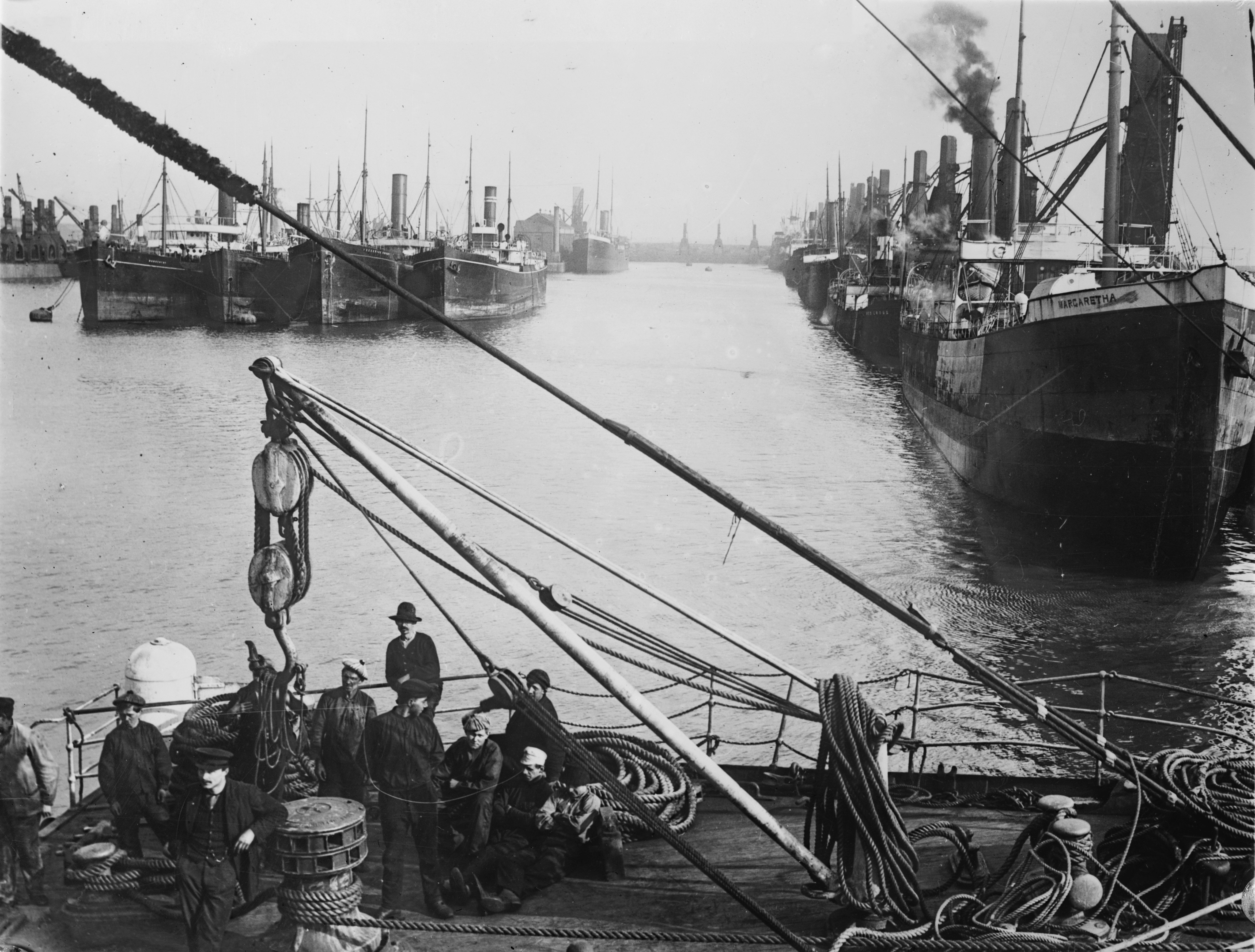 What stands out for me from those days, quite literally, is what most visibly remains: the cranes. Cardiff Bay and its docklands are pockmarked with these tall, angular, War of The Worlds-like beasts. They overlook the water, mostly standing dormant. Hundreds of men presumably spent much of their working days up there, controlling them, lifting and packing from ships. Now the old boats themselves are drifting away in one way or another, it’s the cranes which interrupt the skyline most clearly, 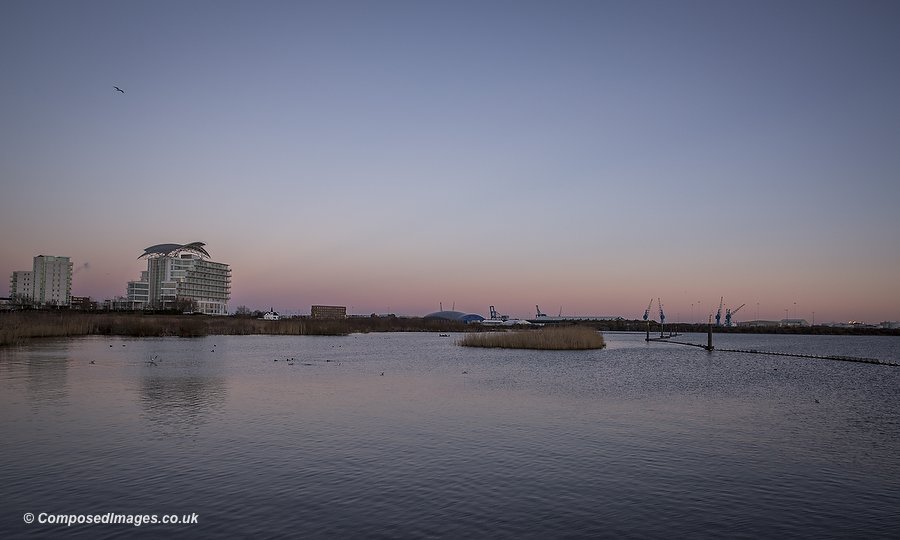 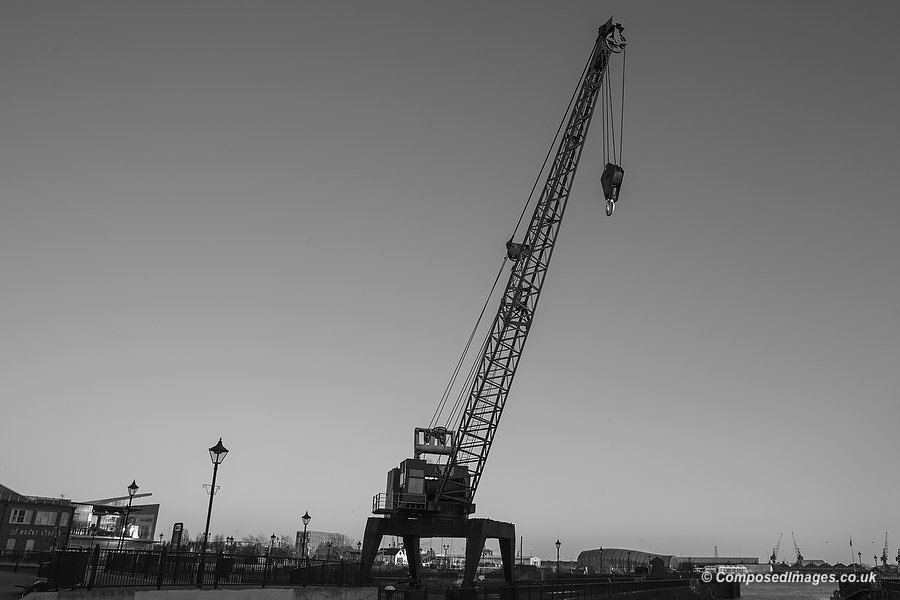 There is still ‘old’ industry there, as there is in other places around the city, but clearly it is reduced in scale and broadly forgotten in the public consciousness. That is, until something major happens like this week, when it was confirmed that over a thousand people face losing their jobs at the Tata steelworks in Port Talbot.

Now Porth Teigr is home to a large creative community, almost a small town of its own. There are BBC studios where global productions like Doctor Who are made. There are other television studios, ITV Wales offices, a major theatre complex in the Wales Millennium Centre. There are digital agencies and public sector offices. Cardiff Bay is a place for the arts, for shiny new offices, for loud bars and chain restaurants, for upwardly mobile bright young things and for tourists. How much of this would totally alienate a Cardiff dock worker of yore?

In the city centre, construction continues apace, gleaming offices sprouting out of the ground at an alarming rate, including the Central Square development (below) which will eventually home the new BBC Wales Broadcasting Centre, and the new Capital Quarter development a short distance across town. 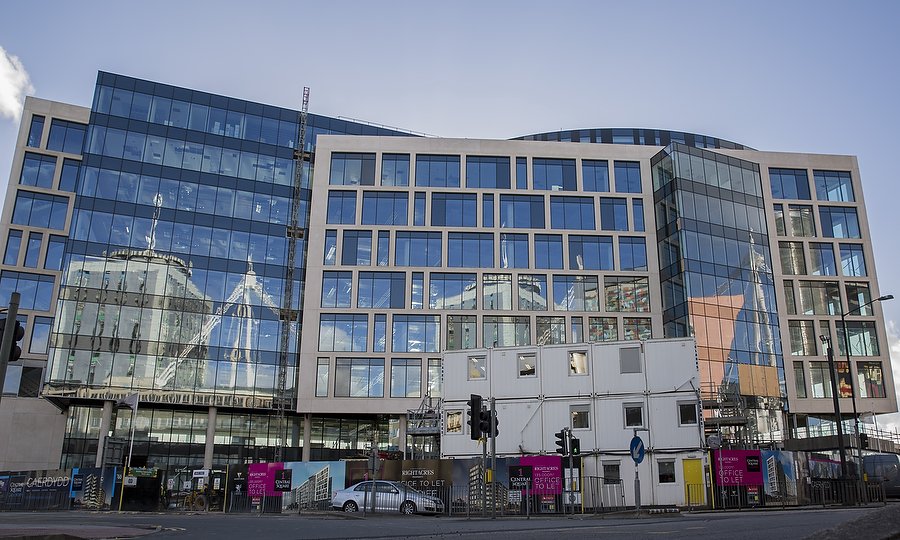 This is great for the construction firms building them, but how quickly will they all be filled? From the outside looking in, this is a concern. Are there the businesses either in and around the city to fill them? Can enough be attracted from elsewhere in the UK or overseas? Cardiff City Council hopes so.

All that is for the next phase. Bowie, Rickman, Cardiff docklands, large parts of Tata in Port Talbot: their legacies and influence will live on for a long time. But now they are history. Time ticks on and Cardiff changes, just like everything else does. New chapters, creators and industries are already working in their place.

[…] the year, local Cardiff documentary photography efforts saw me explore the areas around Rover Way and Cardiff Bay, pondering their respective histories as I went. These pages were also used to ponder the […]