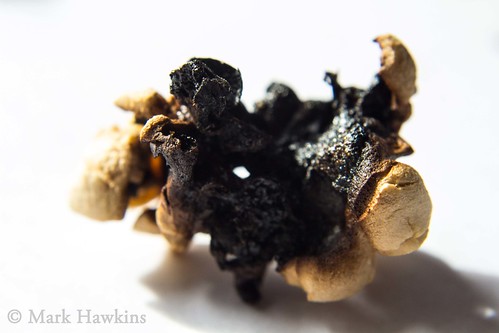 fell to earth, a photo by MHPhotos_ on Flickr.

“Bleurghhh…” my girlfriend gagged about a week ago, after tossing some popcorn into her mouth. It transpired that some of the popcorn had been overcooked, a bit like her reaction.

As she went to the bin in the kitchen to theatrically spit out the offending charcoal, I inspected the bowl. There were a scattering of blackened pieces of popcorn among the white fluffy majority. They looked interesting, so I inspected them more closely and put a couple of them to one side of the coffee table.

My easily traumatised girlfriend returned to the sofa and we watched a film.

The next morning the sun was intermittently shining brightly through fronts of cloud. When this happens, a spotlight of lovely natural sunshine directly illuminates my kitchen table. I scooped up the popcorn and put them on a side of blank paper, and shot what you see below, through a magnified lens.

I liked the variety of textures and shapes that could be seen close-up within the charred corn. Like an earlier post about small things, again I wondered at the larger echoes of physics and astronomy. Corn explodes and morphs under the pressure of microwave heat: a reaction which might have some type of deep space equivalent?

Some appeared extra-terrestrial or meteor-like, as if they had properties of rock or iron; one looked a little like a troll, girlfriend reckoned a couple seemed like strange alien creatures. It amused me, briefly. 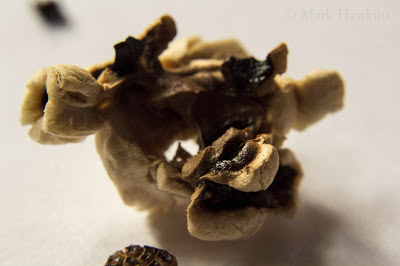 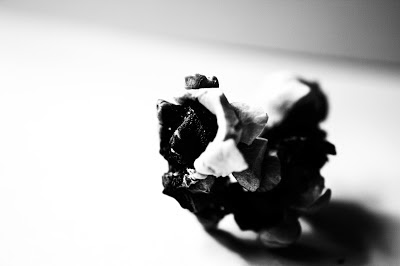 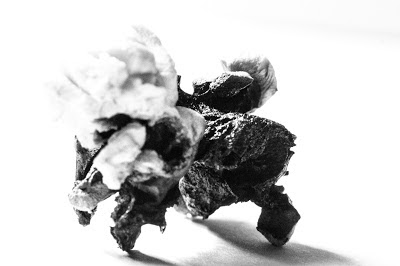