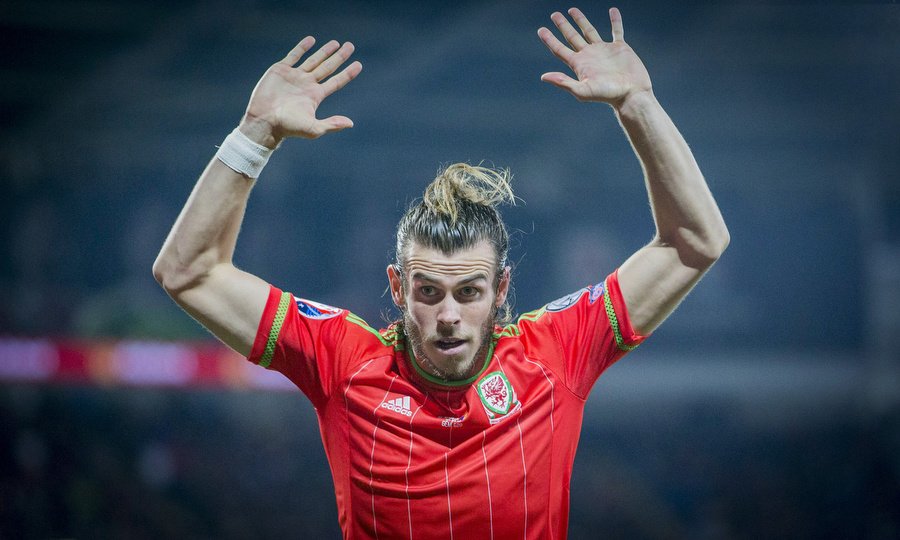 Euro 2016 fever is steadily building. But remember, football fan: the media lies to you and international tournaments make for boring football.

International football is strangely confusing in its mass popularity. You might even argue it’s one of the best entertainment scams in the world and has been for years, building to a crescendo of cunning duplicity when a big tournament comes around.

In tournament football there is a palpable fear of making mistakes. Nobody wants the national or global notoriety of being the fall guy. There is a lot of patient sideways passing, possession football and focus on set pieces, which is tedious to watch for the majority of fans. There is an understandable tired staleness amongst players performing often in stiflingly hot conditions at the end of a long hard season. There are not many goals. In the group stages there are few instances of one team aggressively setting out to take charge and trying to win the match.

You could forgive this for the compensation of Leicester-like moments of electric counterattacking brilliance, but there isn’t a lot of that either. Tournaments can create frustratingly boring football.

Much of the last World Cup in 2014 was incredibly dull for this reason. Brazilian temperatures played a part too, but the malaise continued into most of the knockout stage games and evening matches. The quarter finals sparked into life midway through and from thereon there was a modest amount of drama (as you’d expect from a World Cup). This allowed media folk to semi-convincingly spin a yarn about an exciting tournament.

It’s in nobody’s best interests to concede that international tournament football is usually dull, slow and goal-starved. Of course broadcasters and journalists will present their expensive product and subject as being the most exciting thing in the world ever, as they do every week of the domestic season. This spin is their trade, their livelihood.

Like Premier League football, international tournament football is a prized product for which broadcasters pay a lot of money. It’s a gigantic commercial vessel, a juggernaut of money, a gargantuan blood-sucker that feeds off the less affluent masses, most profitably in the form of tickets, merchandising and betting.

Every other summer, nations are invited to the party (more this summer of 2016 than ever before at a UEFA European Championships). Sometimes these tournaments succeed in getting people who are not really into football, into football, albeit only briefly. 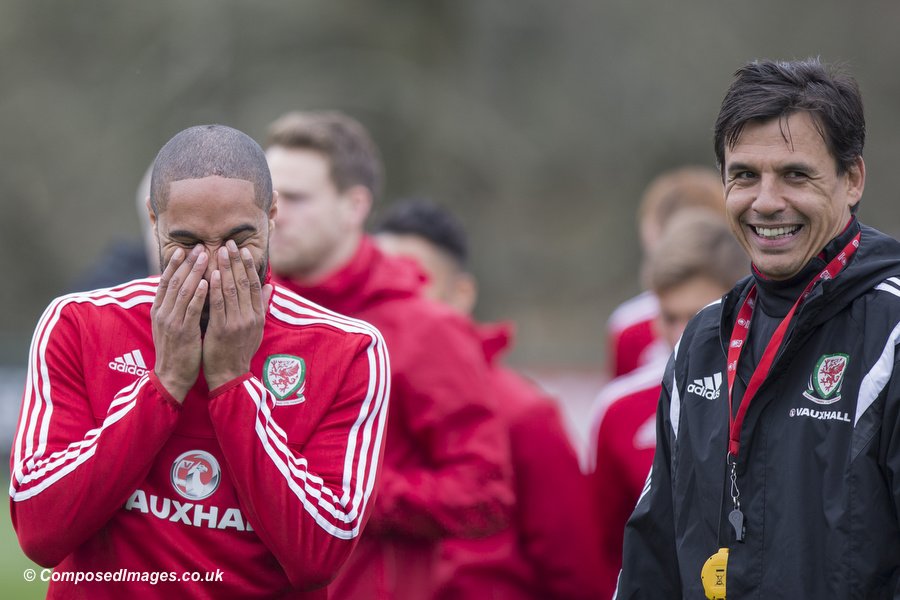 The joke’s on who?

For a time the entertainment of our whole culture is shaped around tournaments. Supermarket adverts encourage us to buy alcohol, have barbecues and invite friends round for the match (tricking us into thinking the weather, football, company of our friends and food will be enjoyable). Other retailers try to capitalise on the indifference of non-fans, or focus on the divide between fans and non-fans, frequently reduced to men and women. There is the strangely ubiquitous head of Ray Winstone, urging us to bet on everything.

International tournament football is a lifeboat for publishers. Wallcharts, stickers and posters help to sell newspapers and advertising space. Official tournament coverage is a key sponsorship platform for premium brands.

The whole spectacle creaks and wheezes under the pressure of incomprehensible wealth, which regularly serves to compound the disappointment of a cripplingly boring football match after a big build-up. Whether those big bucks trickle through the whole ecosystem as efficiently and fairly as possible is another matter.

There was no Premier League title ‘race’

For several weeks broadcasters and publishers urged us to believe in a title ‘race’ that didn’t actually exist. Leicester City were home and dry, long before they mathematically secured the title.

It probably didn’t feel like it to Leicester fans and wouldn’t have to most football fans in their position. The remarkable ‘fairy tale’ and related carnival around its huge unlikeliness distracted from the ease with which they won. And this was helped by the bedrock of a consistent team, a lack of rotation and changes, perhaps a little luck with injuries. Casual observers might have seen that the points gap was comfortable and Leicester were showing no sign of losing football matches. Sure, they might have drawn one or two, as they did, but they’d still be comfortable. A young Tottenham side looked far more likely to slip up. Headlines shrieked about Tottenham being on their shoulder when in reality they were always several blocks away. For genuine cut and thrust title and promotion races you could have glanced a little lower down the pyramid at the Championship or League One.

In the midst of what an exceptional story it was, we overlooked how much more exciting it could have been. That said, Leicester City fans were probably excited enough.

Whipping up excitement and generating interest is the job of the media. Football fans are fickle, gullible and wilfully self-deluded. They actively want their nervous excitement to be fed. And I absolutely count myself in that. As a Tottenham fan, despite believing all of the above about Leicester’s comfort, right up until Eden Hazard’s decisive and gut-punchingly beautiful goal for Chelsea, which won the title for Leicester, I still couldn’t quite give up a 0.5% grain of hope that maybe, just maybe.

However interesting or uninteresting the football ultimately is, there are always great stories. Some of them are fascinating, heartening and uplifting against-the-odds underdog tales – see Iceland and Northern Ireland. The tales of both are probably more remarkable than Wales, with their riches of Bale, Ramsey and a clutch of recognisable Premier League names. There was a charming detail in a recent interview with Northern Ireland manager Michael O’Neill about the squad taking a commercial Flybe flight back to Belfast on a Saturday rather than a Friday, because it was cheaper. It’s hard to imagine any of the other home nations doing the same.

Many stories concern the individuals at the heart of it, where they’ve come from and what drives them. These can flourish or suffocate depending on the charisma of the person involved. 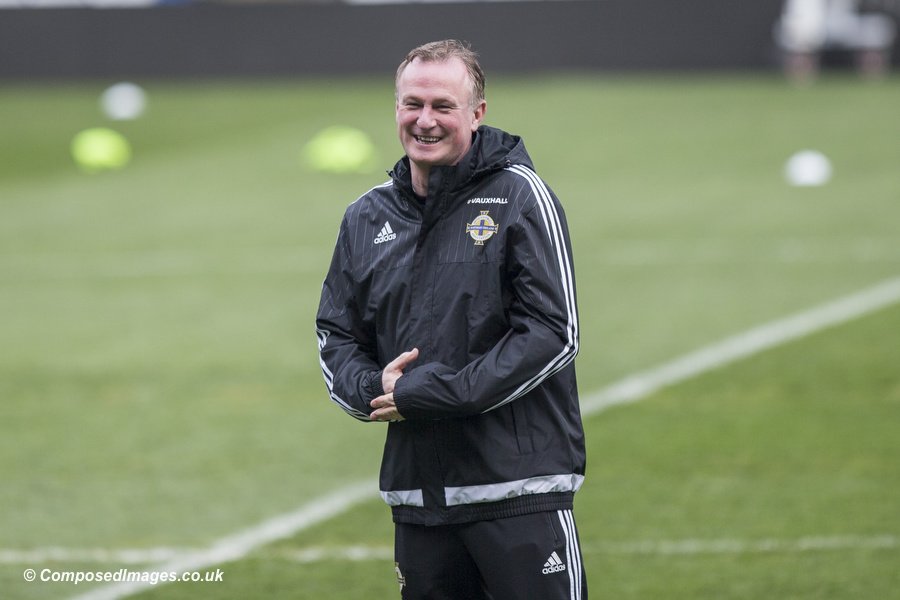 There are always plenty of retrospective pieces, more this year, being 20 years since the iconic Euro 96 tournament in England. Some stories are expertly weaved and others it might be suggested are entirely fabricated by the media. The tiniest whisper of speculation can be warped into a mesmerising 500 words or so.

Whatever the rights and wrongs of this post (which is partly borne out of a childish sulk that I won’t be going to France) most football fans will watch on regardless of the dull games. I for one hope Euro 2016 is a dazzling goal-fest of entertainment which proves me a complete idiot.