Astrophotography and the size of space 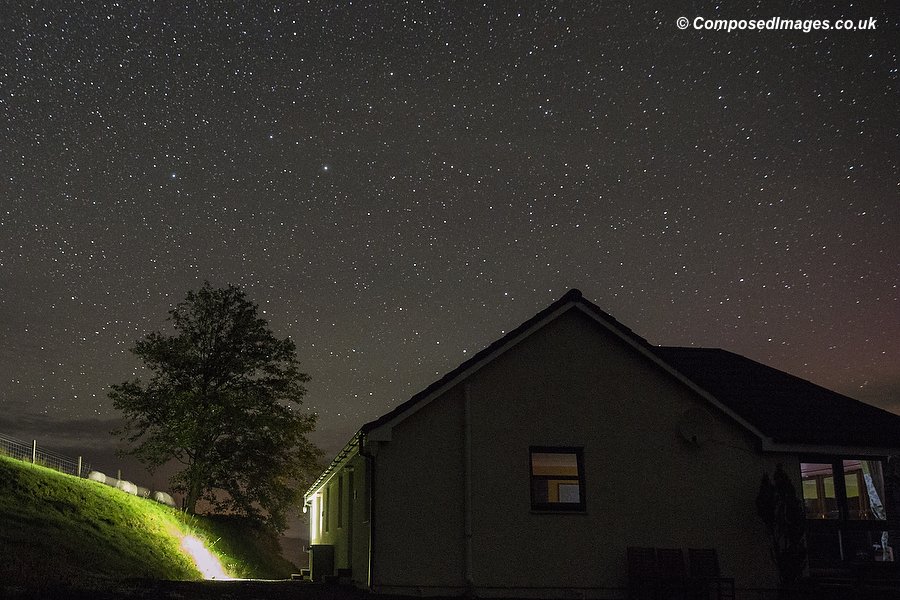 Astrophotography is not a subject in which I really feel qualified to write, but I’m going to anyway. You see I’ve only ever really dabbled and played with long exposures, but you might argue that’s all anyone ever does, before getting ok at any form of photography.

This is dangerously controversial so please don’t tell anyone ok, but I don’t even own a tripod. Tripods are compulsory for astrophotography enthusiasts and specialists, minimising or eliminating the inevitable shake you will experience when taking a long exposure. However, tripods are usually big, heavy, cumbersome instruments which are an extra faff to pack and carry. Instead I tend to just improvise whenever the long exposure mood takes me, often using fence stumps, gate posts and other immoveable objects, sometimes using an iPhone to prop up the lens before setting the timer and nervously hoping the camera doesn’t fall off whatever it’s delicately perched upon.

It’s hard not to admire great astrophotography work, like it’s hard not to admire stars generally. There are some great exponents of it locally to me in South Wales, including a guy named Dan Santillo. He appears to really put in the hard yards, camping out for hours, trekking into the Brecon Beacons. I imagine he owns a tripod and everything; maybe even more than one.

It was on my recent trip to Scotland that the long exposure astrophotography urge was reawakened. On the Isle of Skye one night I stepped outside to be greeted with a night sky unlike any I’d ever seen before. I vividly remember the immense blacker than black remote bushveld sky of South Africa, but at a considerably higher latitude this was something different again. The sky was chaotically dense with shimmering stars, a staggering depth and reach easily visible to the naked eye, shooting stars frequently whizzing this way and that, an epic tapestry of scale and space. I couldn’t resist trying to capture some of it from our cottage overlooking Loch Harport. I’d only taken with me the Canon 5D III and a 24-70mm f2.8 lens, but it was enough to get some reasonable shots. That tint of green – was that the not so far off northern lights? Had I done a bit more research, would I have been able to find a beach or area affording an even better view? 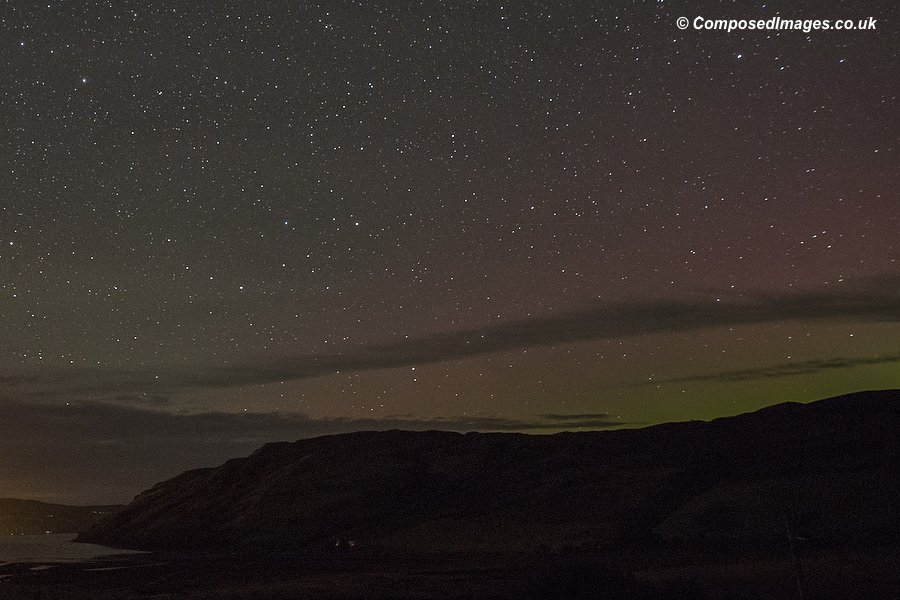 This one of the Milky Way was taken by leaving the camera lying on the car roof, facing directly up. When you see space like this you can’t help but wonder at it all, its incomprehensible size, our own microscopic smallness. 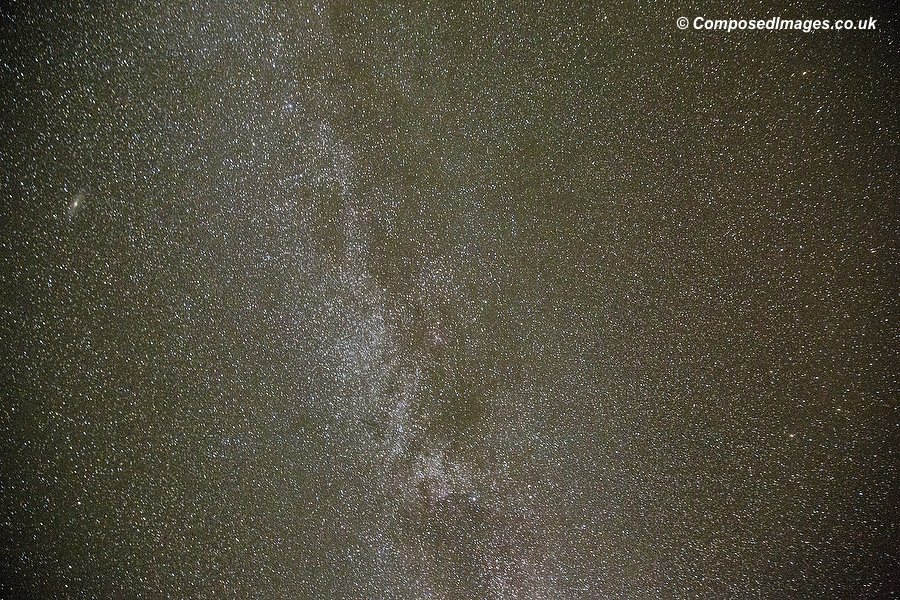 A week or so after arriving home, the super moon arrived, coinciding with a lunar eclipse in the early hours of last Monday morning. This meant over a few hours in the middle of the night and early morning the moon was plunged into part shadow before turning an ‘Apocalypse Now’ shade of red – widely dubbed blood red, or the superbloodmoon.

Zooming in as close as possible meant using the 300mm f2.8 lens with a 1.4 extender on a Canon 7D body (the crop sensor of which gave a little extra reach). I took a number of passable exposures, with the effort below probably being my pick. 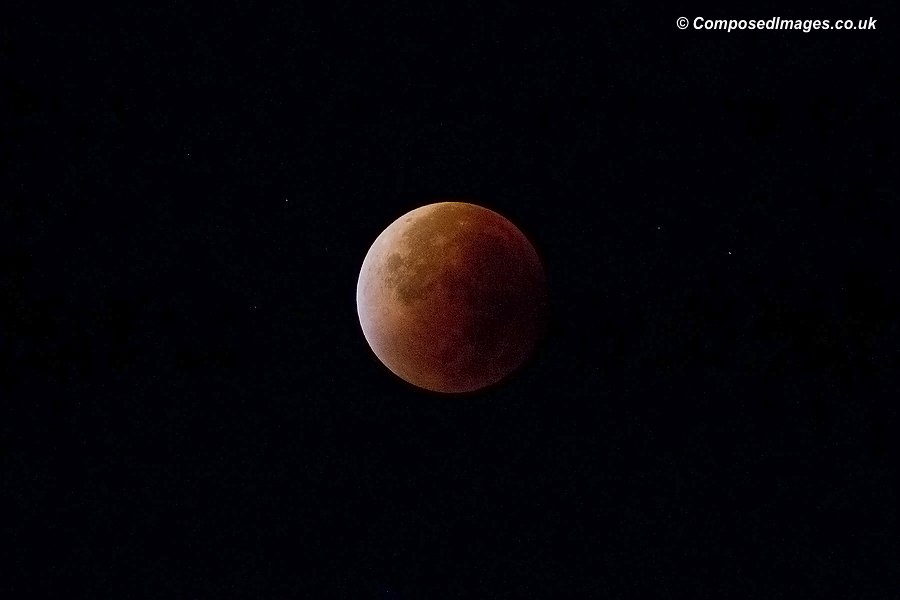 What I particularly enjoyed on closer inspection of the images was how the red appeared to speckle the surface of the moon with almost an airbrush style effect not discernible to the naked eye. Here are a few more at pre-eclipse stage, mashed together in a gif for Twitter.

Ah, go on then. Me too. #SuperBloodMoon pic.twitter.com/s3wQfKLY7l

Astrophotography is hard and requires a lot of patience and practice and commitment to finding better locations and more interesting foregrounds than I’ve shown here. Lots of deleting is usually necessary. But it’s still worth having a dabble with now and then, even if you don’t own a tripod. Now, go Google “astrophotography” or visit Dan Santillo for a full appreciation of how ordinary these shots are.

[…] [Read the Composed blog: Astrophotography and the size of space] […]