Armed Forces Day (formerly Veterans’ Day) in the United Kingdom is an annual event celebrated in late June to commemorate the service of men and women in the British Armed Forces.
I discovered too late that events were being held in Cardiff City Centre on Saturday as I was sipping my morning coffee and flipping mindlessly through news stories on my tablet.

The parade had already begun. I bemoaned my lack of organisation and awareness, knocked back the remainder of my mug, brushed my teeth and went in search of things worth photographing. I didn’t expect it to be hugely productive or at all profitable, but it’s always worth keeping the eye in with events like this, especially if they’re happening on your doorstep. 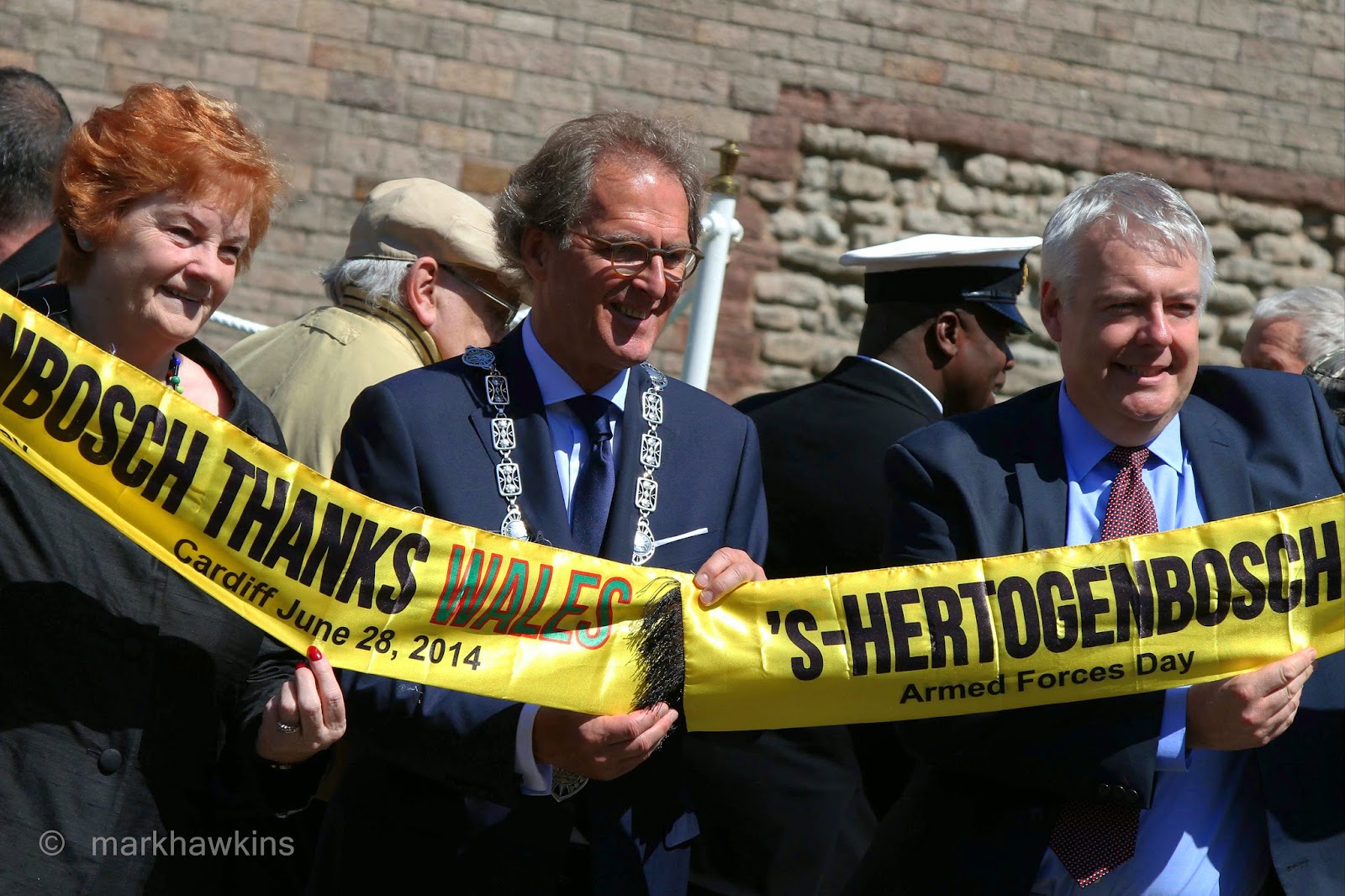 Guests from the Dutch city of ‘s-Hertogenbosch thanked Wales for the sacrifice of Welsh soldiers who liberated the city in 1944. There were similar memorials before the Holland-Wales football friendly in Amsterdam, just before the World Cup.

Asked by a photographer, Dame Rosemary Butler AM plants a kiss on Ton Rombout’s cheek. 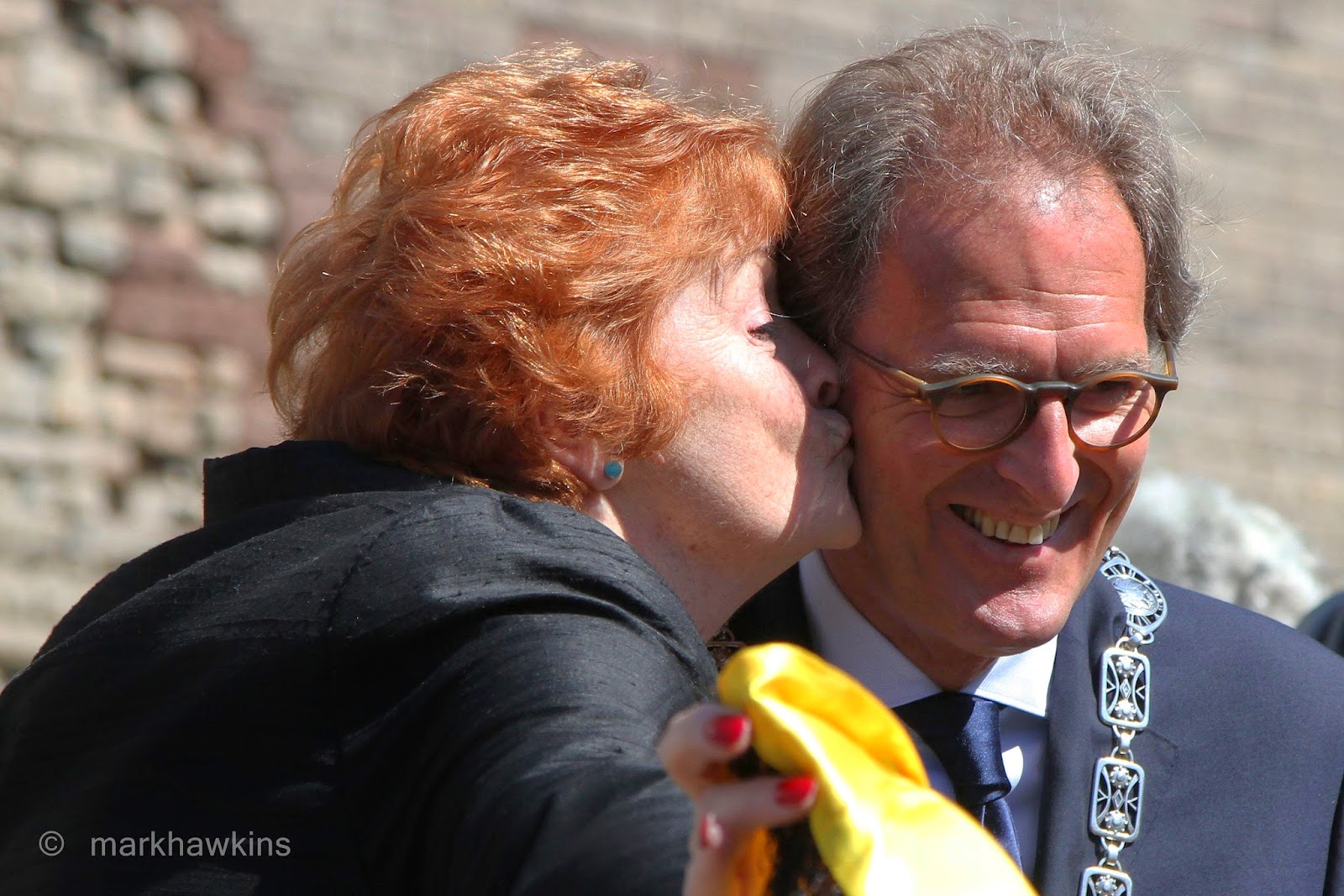 The skies pleasingly cleared for the middle part of the day, when the formal proceedings were held. 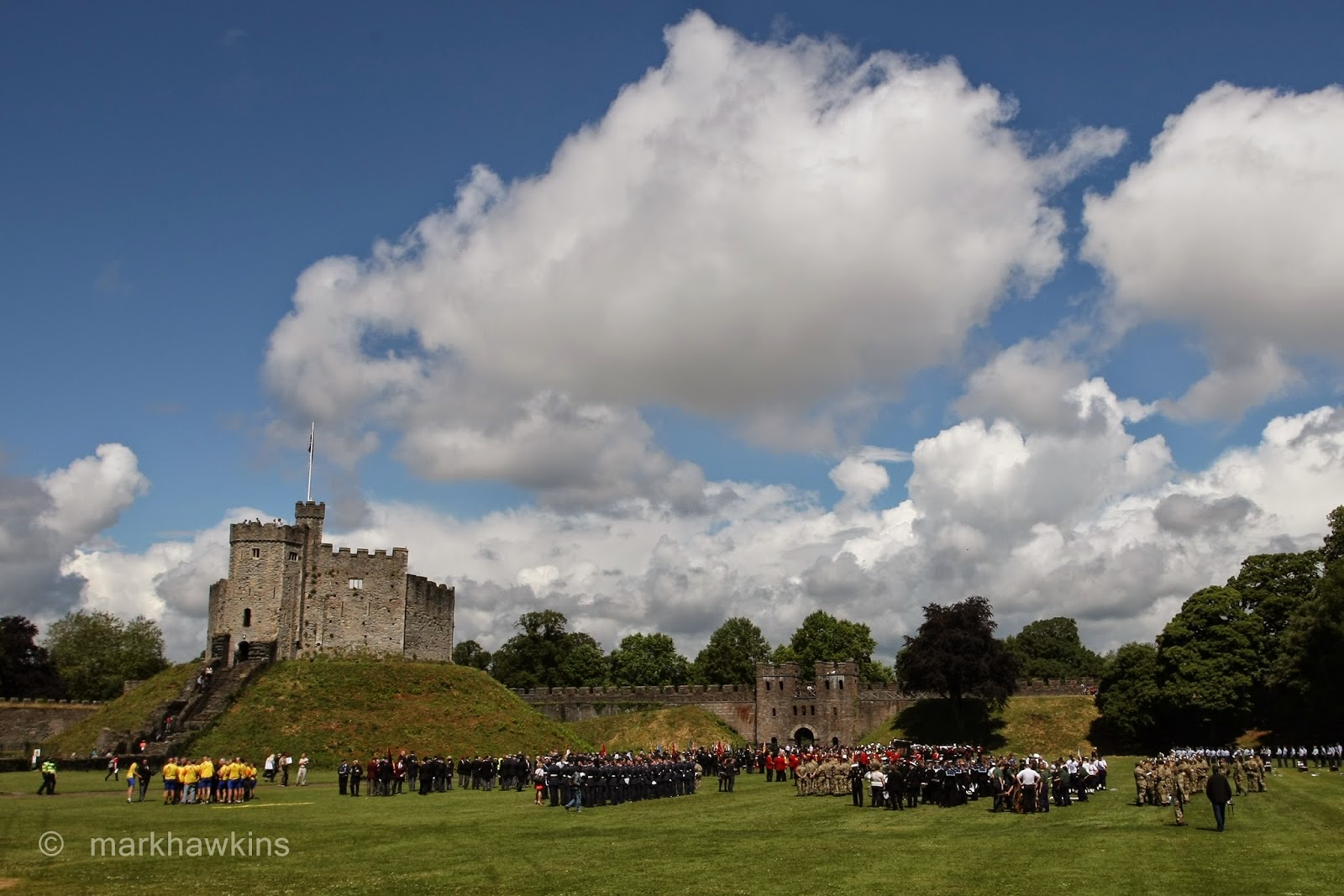 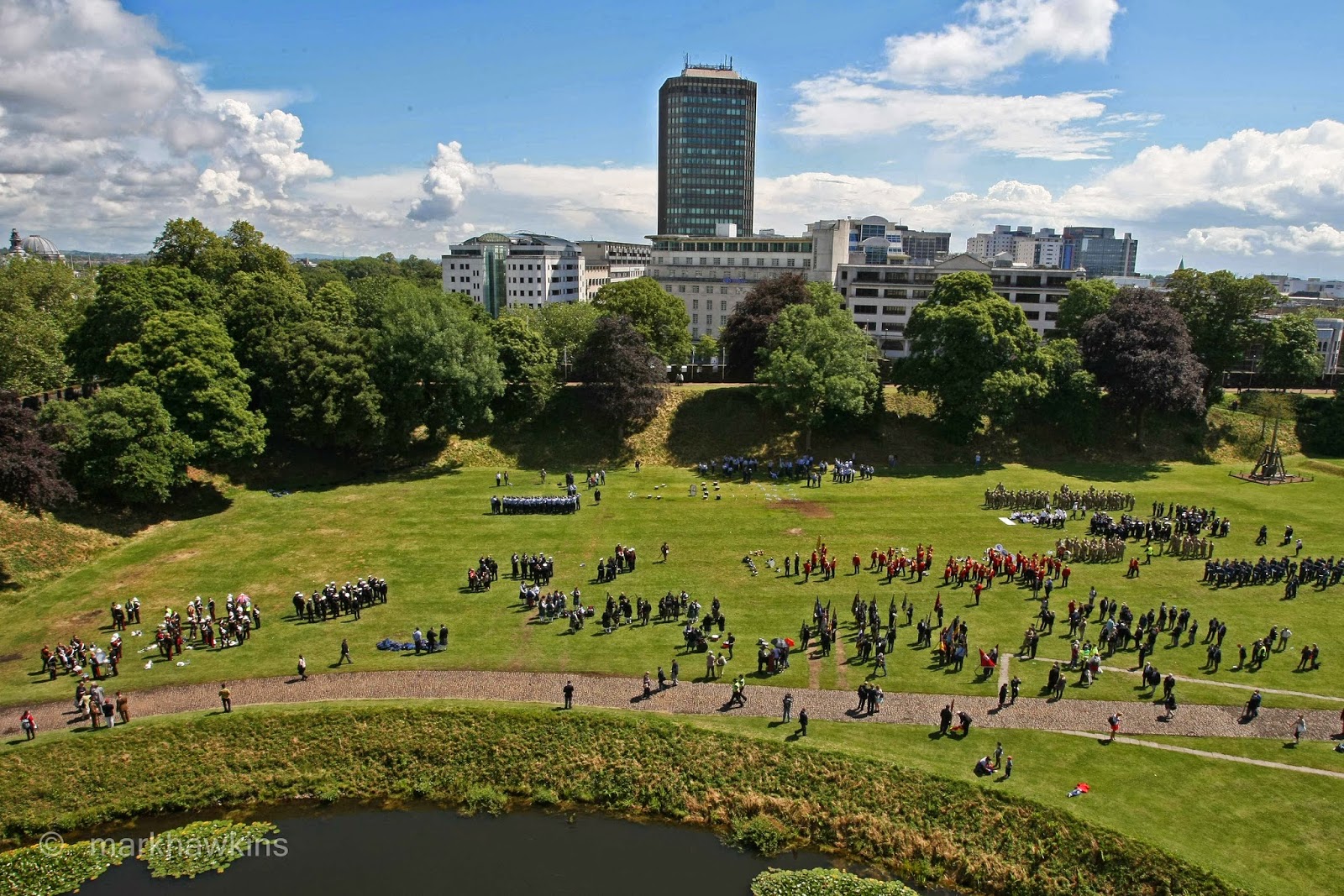 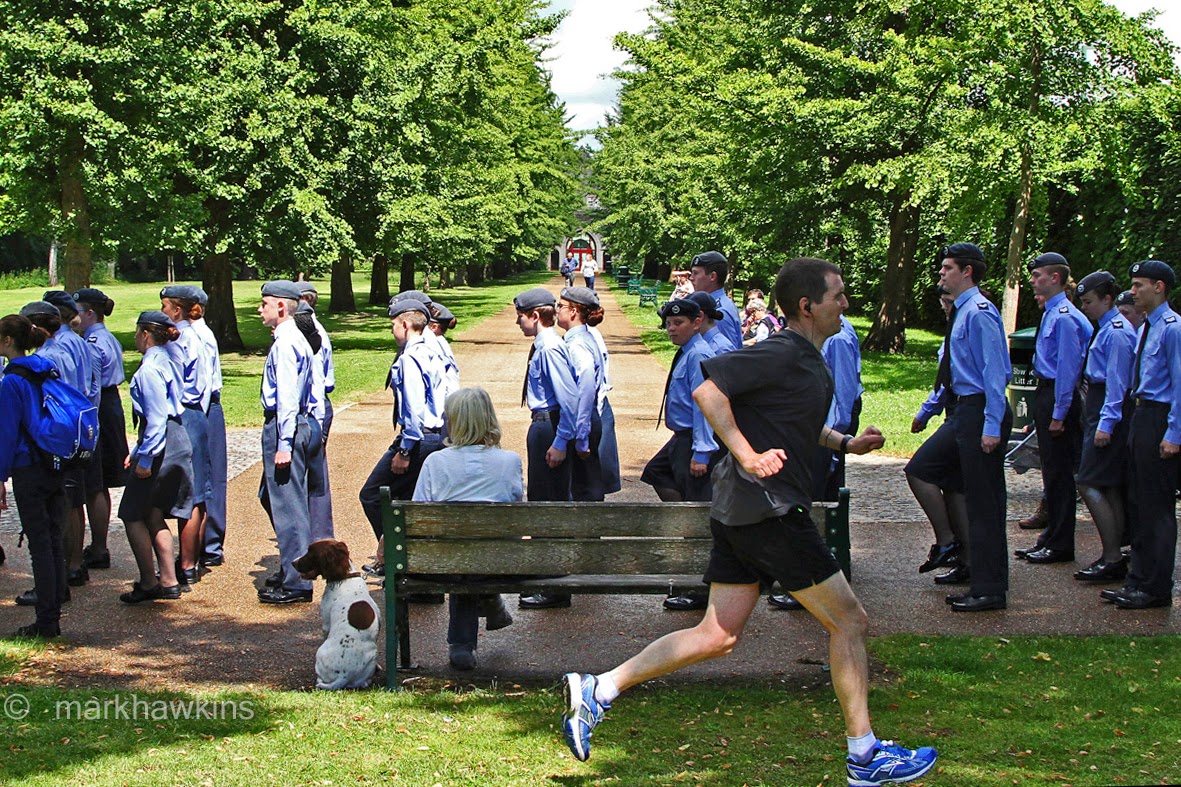 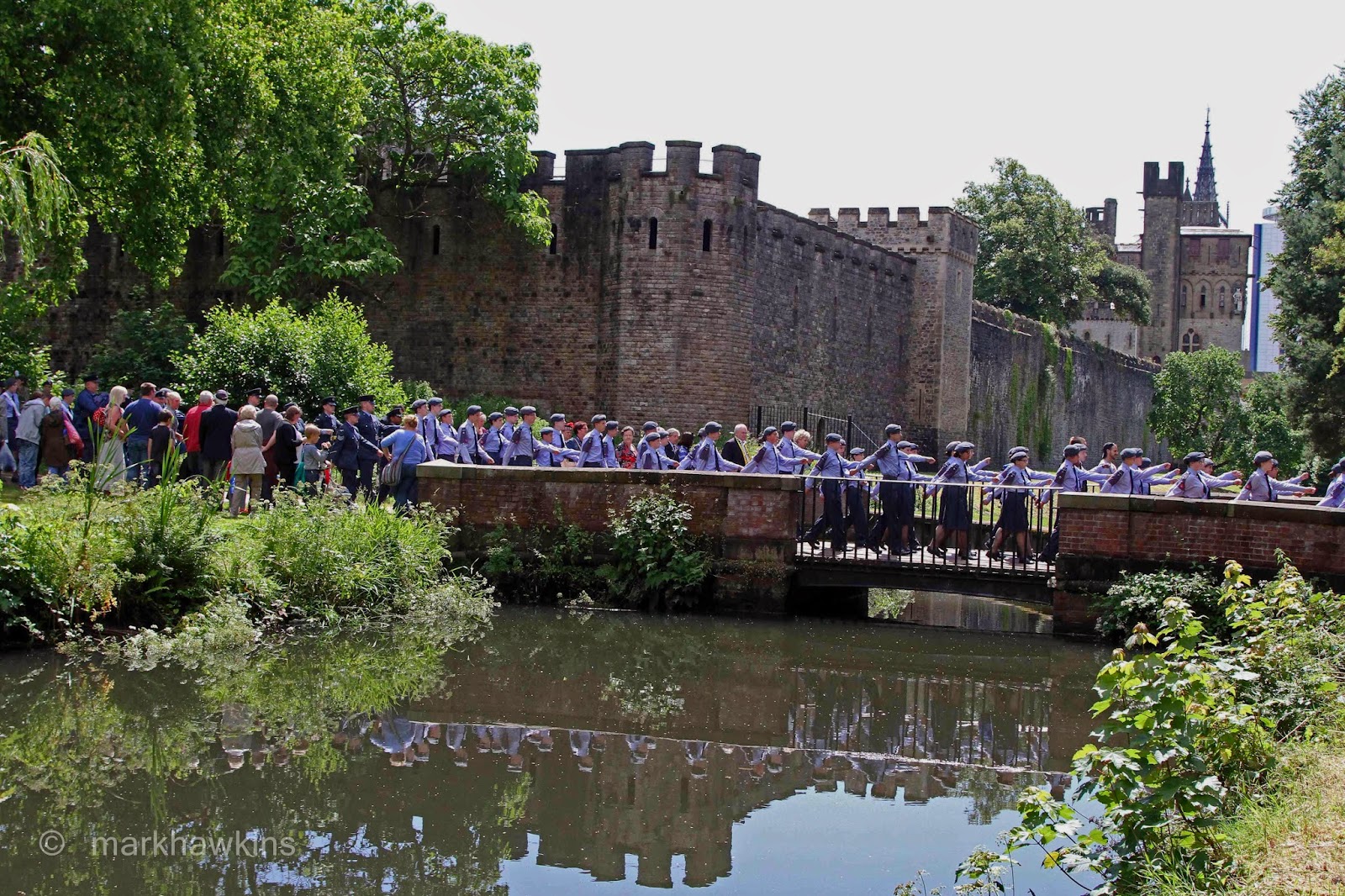 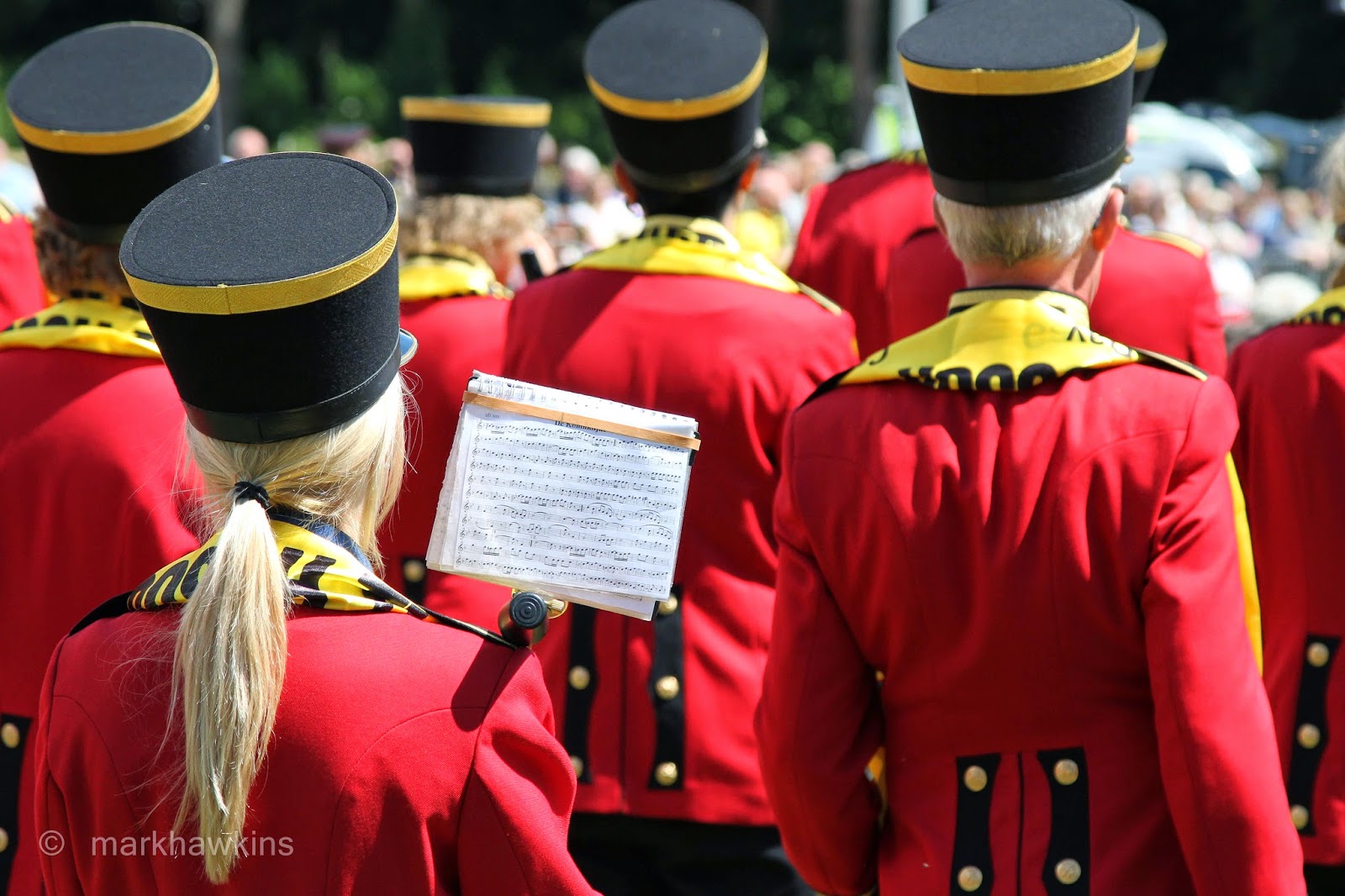 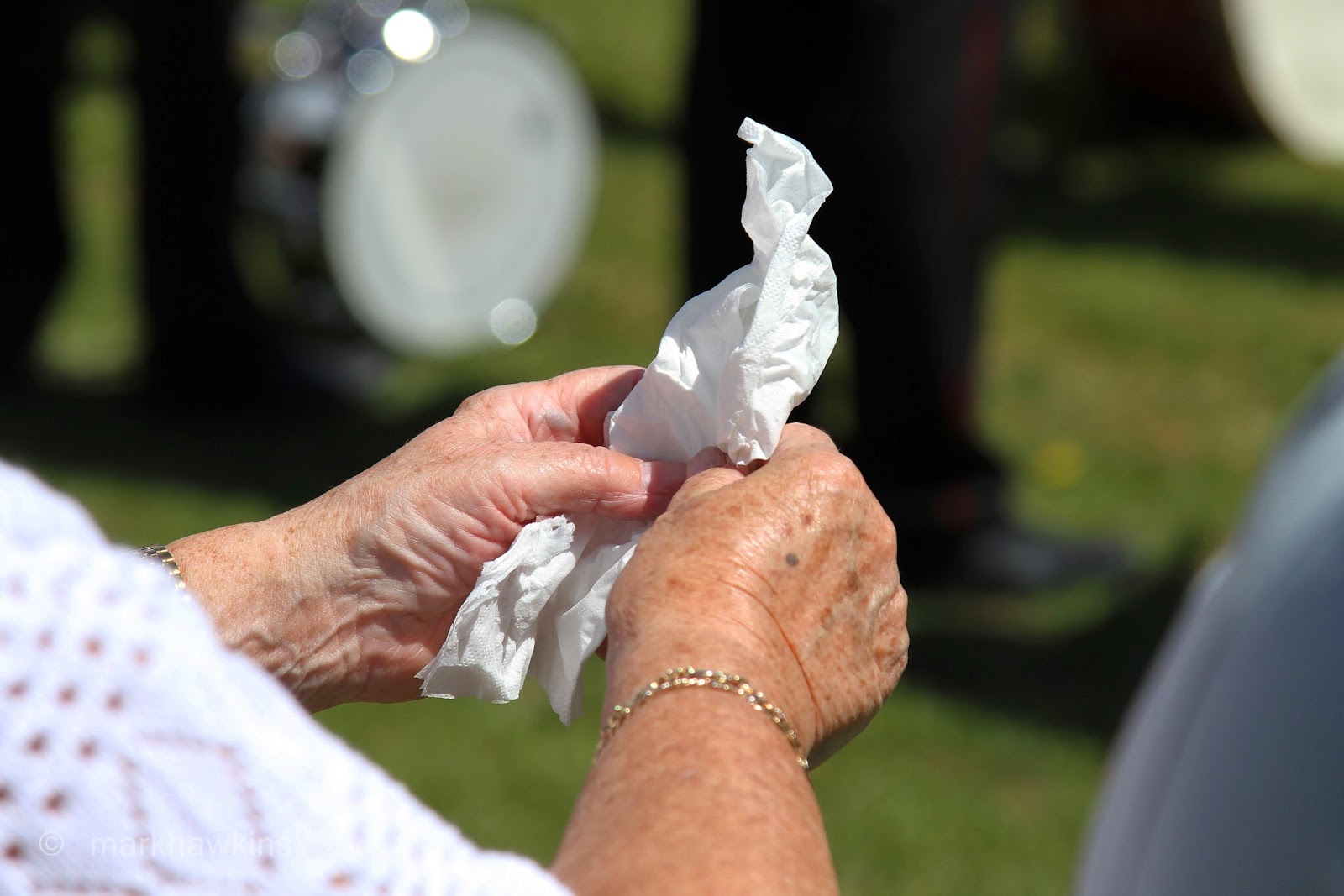 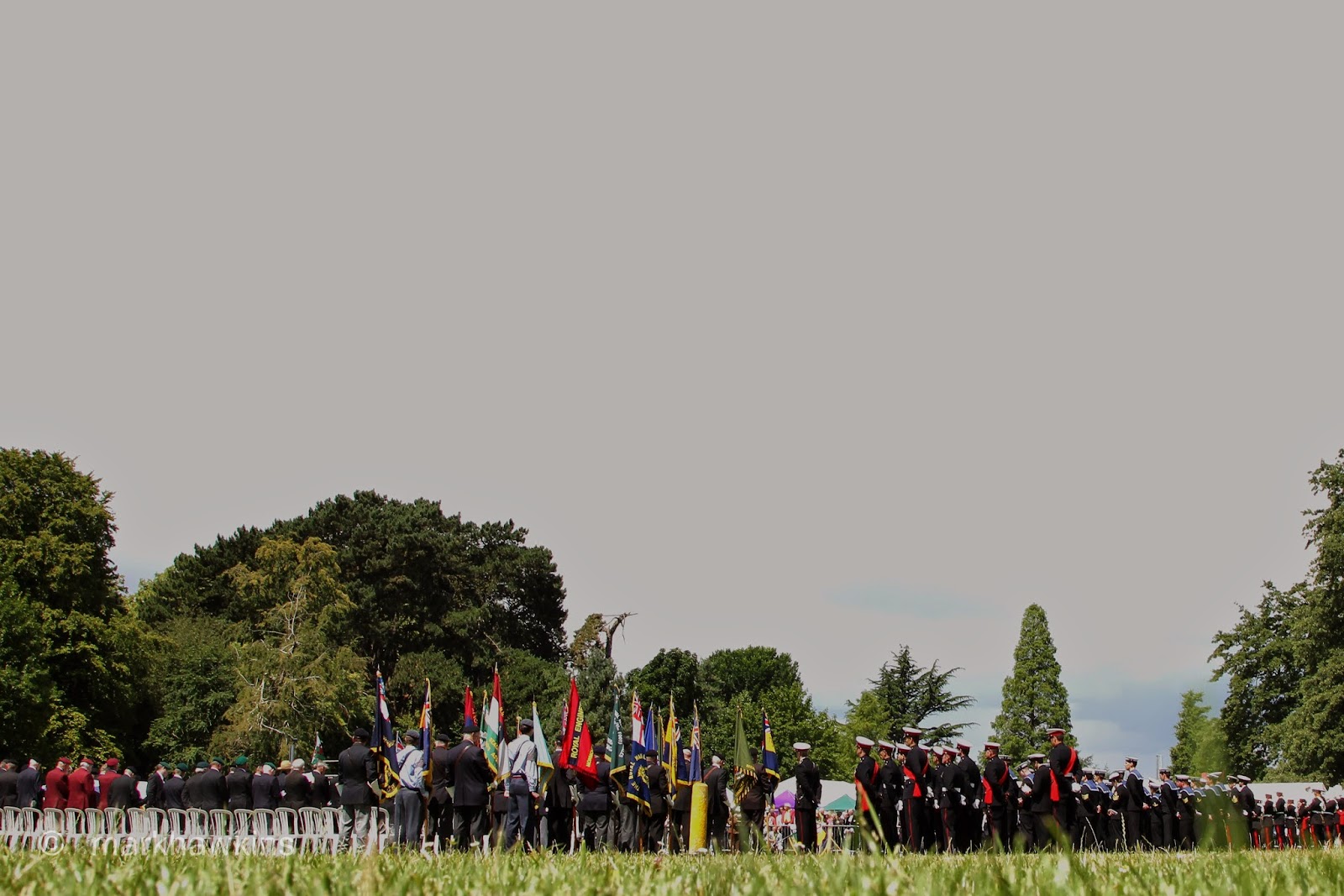 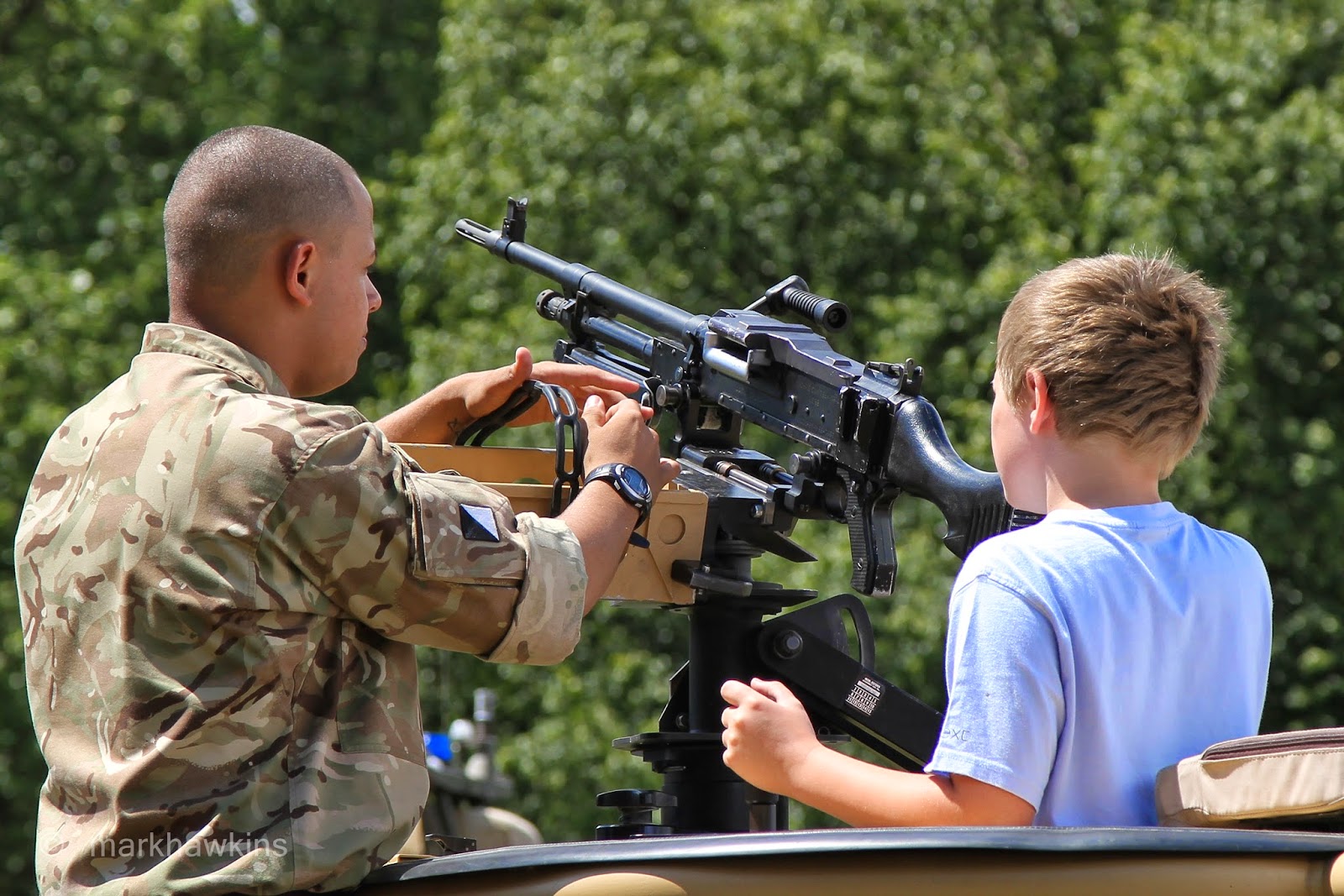