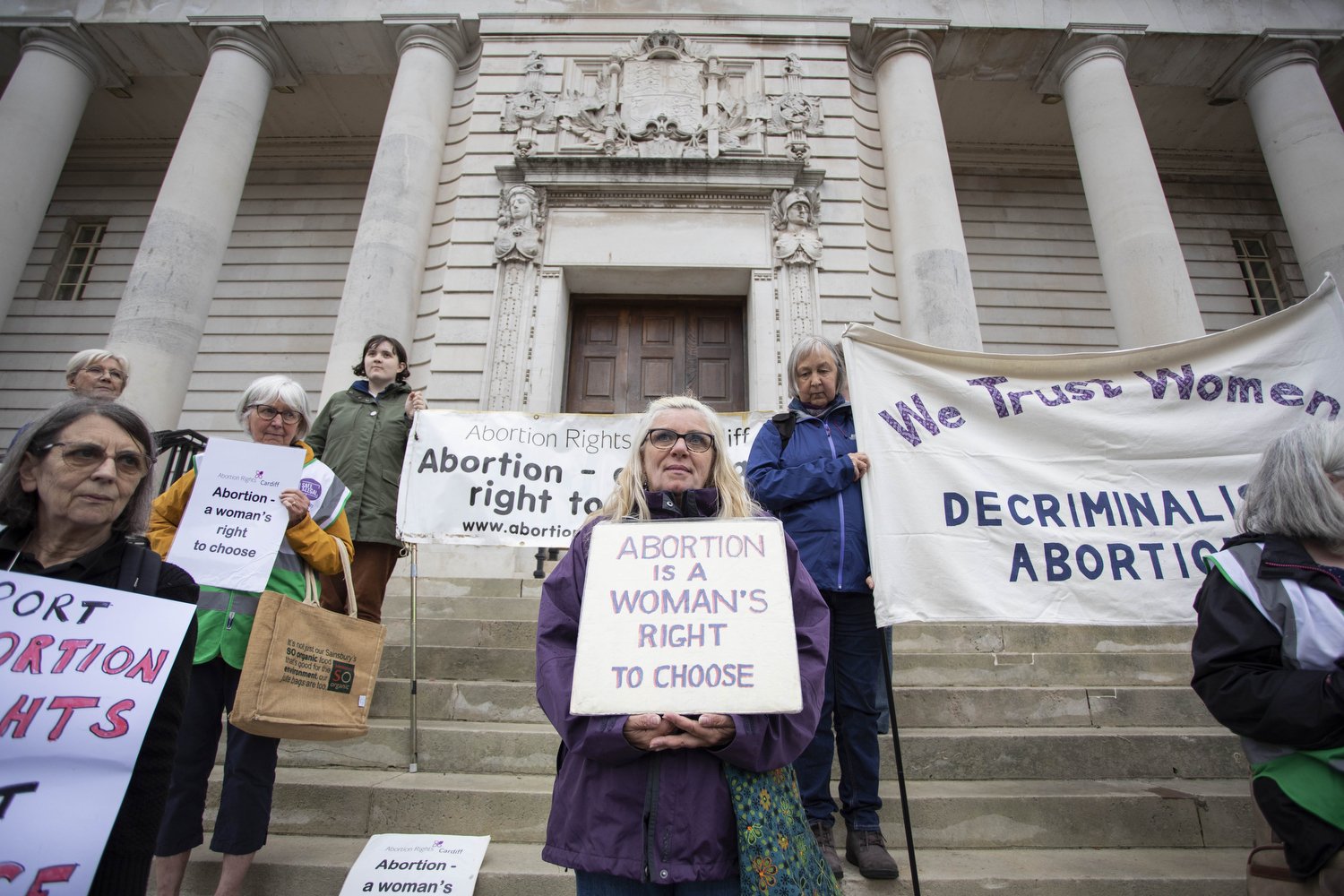 The deeply depressing news broke last Friday afternoon. Roe V Wade had been overturned in the US, meaning around half the US states would make abortion illegal again, 50 years after the famous case. I felt compelled to photograph this small protest outside Cardiff Crown Court on a drizzly June evening. With other protests in the US, London and Edinburgh, there was only a slim chance of making a picture sale. It would present no great creative challenge. I would not ask them to stand in a certain way, or rearrange their positions. (‘Really? Another man telling us what to do?’) I just wanted to document the sickeningly historic moment in some small way, perhaps offer a few words of solidarity.

In the couple of minutes spent photographing this group of women representing Abortion Rights Cardiff, a young passer-by approached. She told them that she had had an abortion. Another middle-aged passer-by raised a fist of unity, said nothing else, kept walking. Having an abortion does not tend to be publicly advertised. It is not something you’d see on a T-shirt or Twitter bio, because it is an intensely private and traumatic and emotionally complex experience. It is an isolated experience but an unforgettable one that will stay with you for your whole life, I imagine, as a stupid man just guessing about the thing.

There are countless reasons why women have abortions. Medical reasons which threaten their lives if they were to continue their pregnancies. The hard fact that men will always do terrible things to women, such as rape. The ruling of the US Supreme Court ignores these reasons, rejects the right of women to choose what they want to do with their bodies. It is bald misogyny at the highest level, thanks in large part to Supreme Court members appointed by former US president Trump. And it could just be the start, with other marginalised groups now also in the firing line.

This incendiary issue is literally dividing the states and its people, demonstrating to the world that it is a long way from united. It has exposed faultlines much like here in our own disunited kingdom. Those initially laid bare by Brexit and fractured further by covid. Of course there are other global powers revelling in this self-destruction, this uncivilised implosion of brittle western states, kingdoms and unions, these people so easily divided. It’s playing out nicely for the ideals of some.