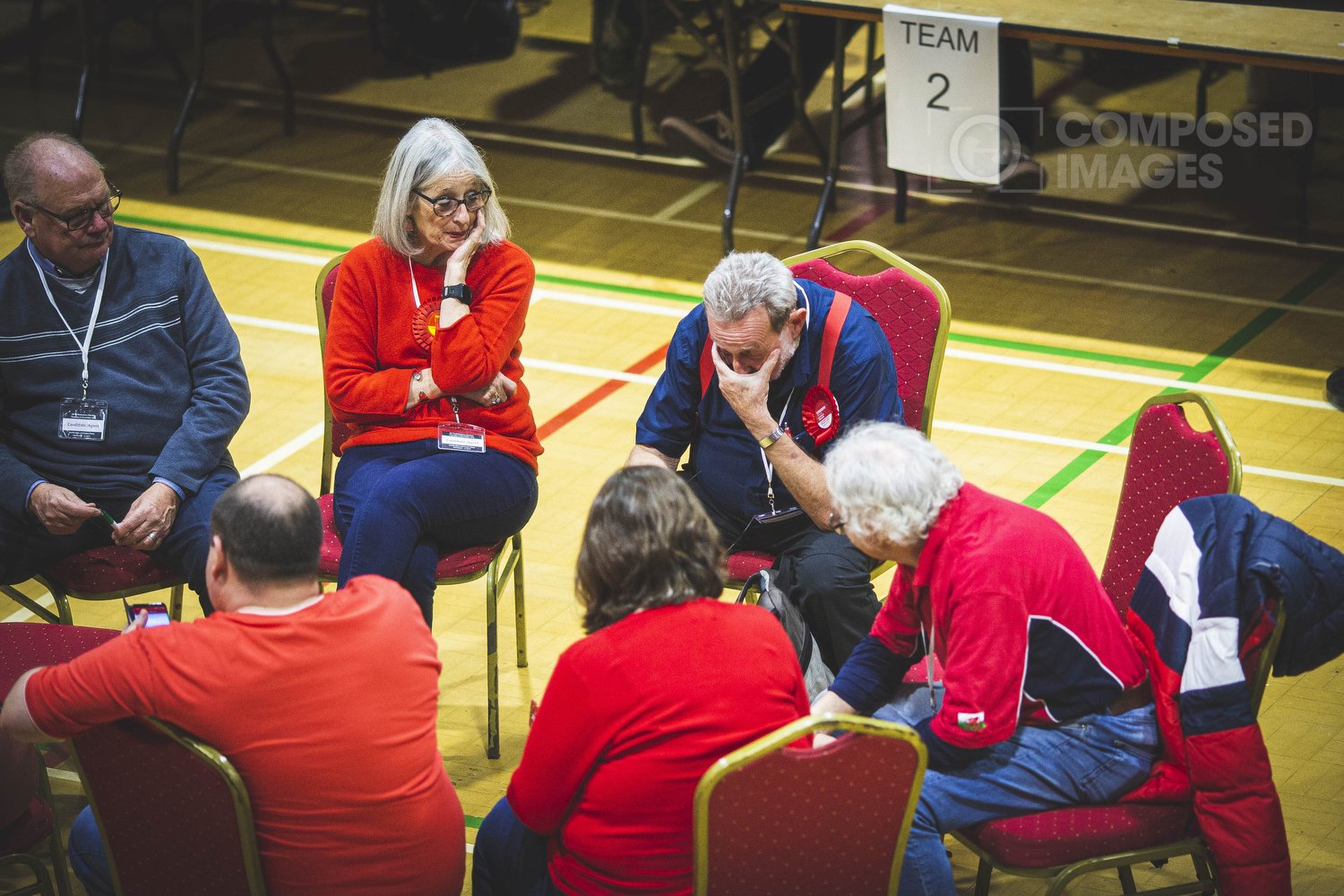 The 2019 general election campaign is in full swing.

The tyre rubber of the political party battle buses is being heavily worn as leaders head around the UK. Glossy manifestos have been printed, lots of different things are being ‘launched’, televised debates between leaders are hot topics of conversation. The weeks and days are being counted down ahead of the December 12th election date.

At the start of October 2019, the issue of whether the UK would leave the EU by the end of the month was still undecided. Regular protests outside the Houses of Parliament continued as MPs briefly returned, following the controversial and unlawful prorogation of parliament. Brexit was stymied once again, shortly before the date of October 31st, and a general election date was finally agreed upon. 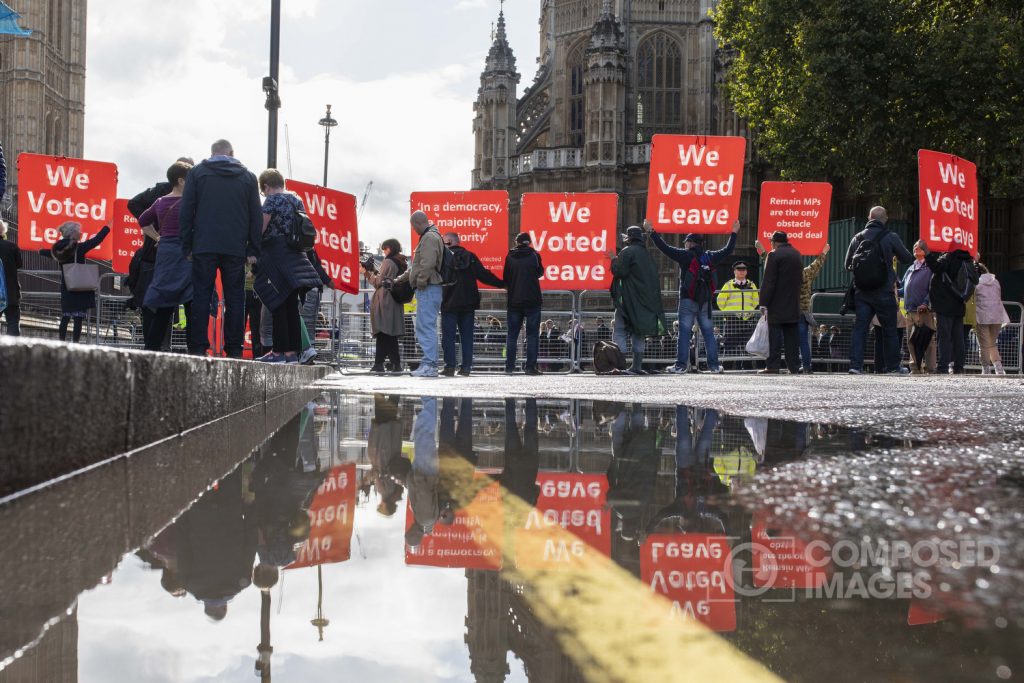 Here in south Wales, we have had a number of electioneering visitors. Nigel Farage and his Brexit Party colleagues visited the village of Little Mill in Monmouthshire, near Pontypool.

Farage attracted major criticism shortly after this event for his decision not to contest 317 Conservative seats with Brexit Party candidates. Would this be influential in the long run, or simply a footnote? 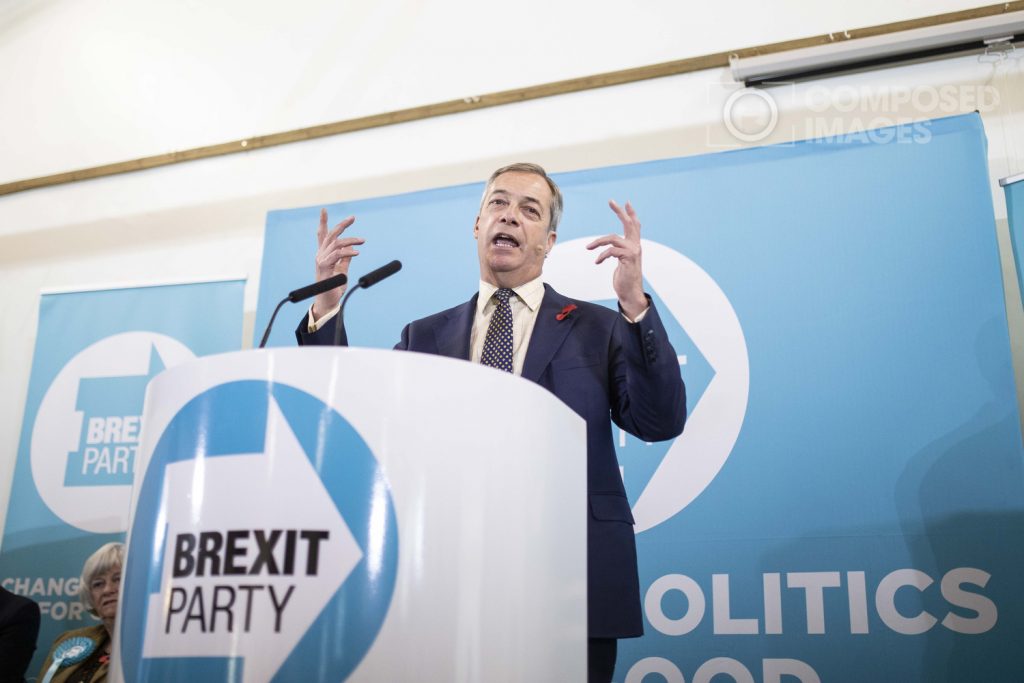 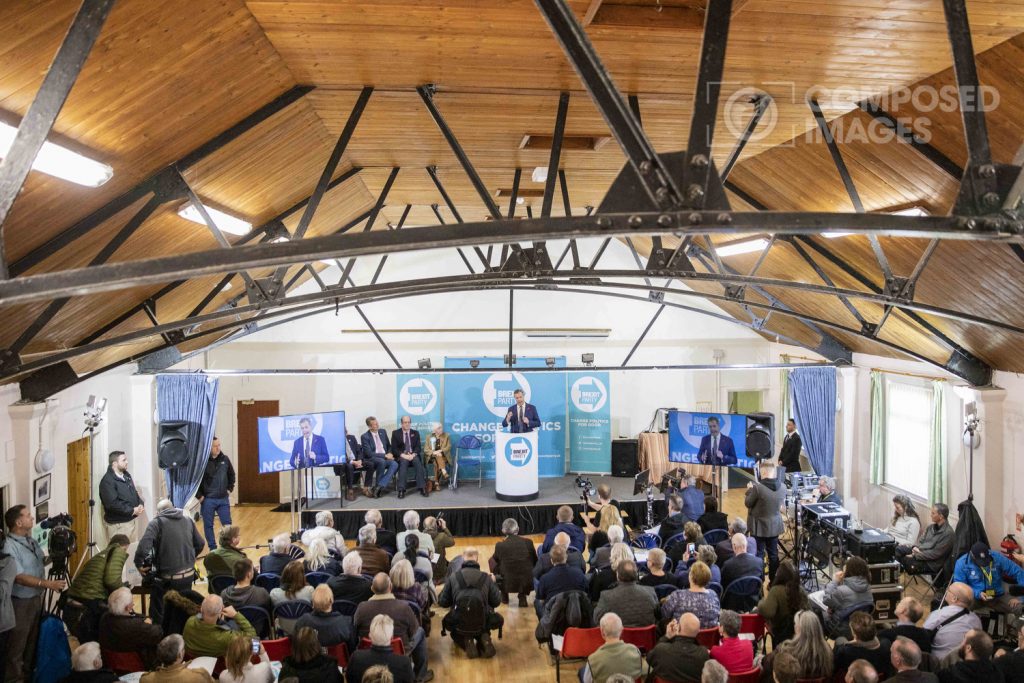 [View the Composed piece on a Brexit Party meeting in Newport]

Leader of the Liberal Democrats, Jo Swinson visited the steps of the National Assembly Senedd in Cardiff Bay for photos and interviews before attending a rally at a nearby coffee shop. Her party’s key message is to stop Brexit and ‘build a brighter future’. 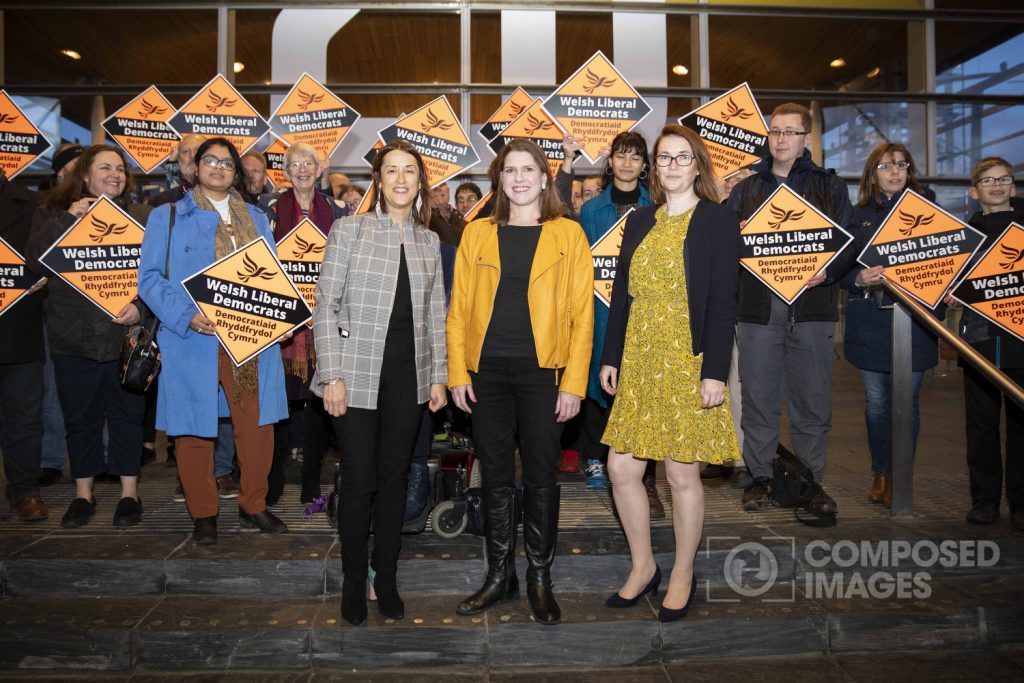 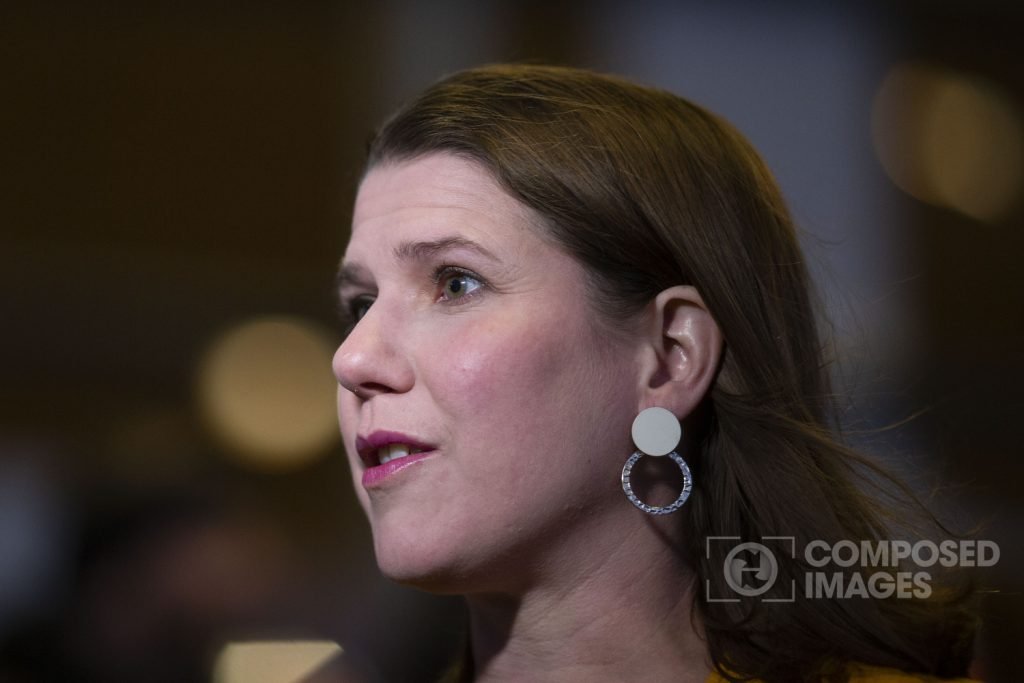 In the constituency of Cardiff North Anna McMorrin MP began her campaign for re-election with the support of First Minister for Wales, Mark Drakeford. 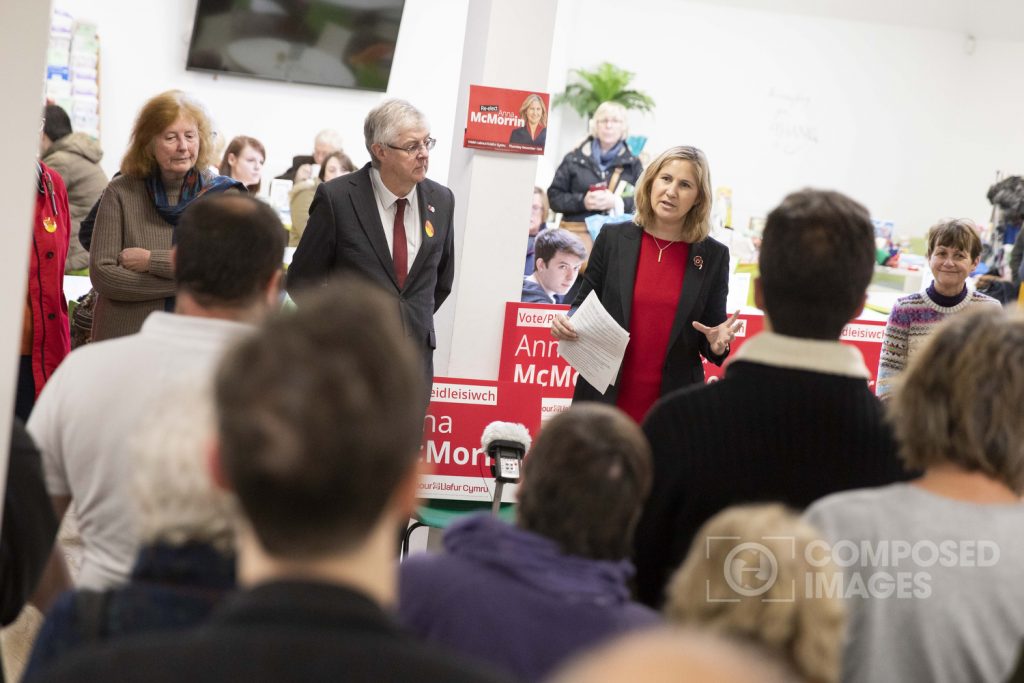 Cardiff, Wales, UK, November 9th 2019. Anna McMorrin MP addresses her supporters and constituents alongside First Minister for Wales Mark Drakeford AM at the general election campaign launch to re-elect McMorrin for Labour in the constituency of Cardiff North at Ararat Baptist Church

On the final weekend of campaigning, Labour party leader Jeremy Corbyn began a whistle-stop tour of Wales in Barry. He first learned how to make coffee in an organic coffee shop in the town, before speaking at a rally in Barry Island Sports & Social Club, then heading over to Swansea. 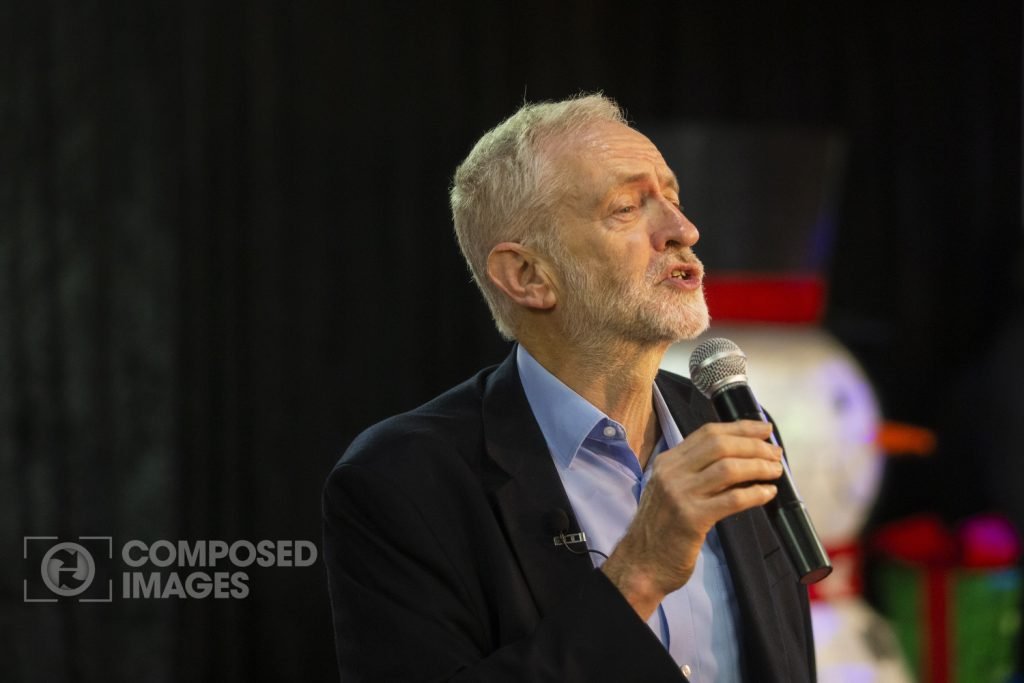 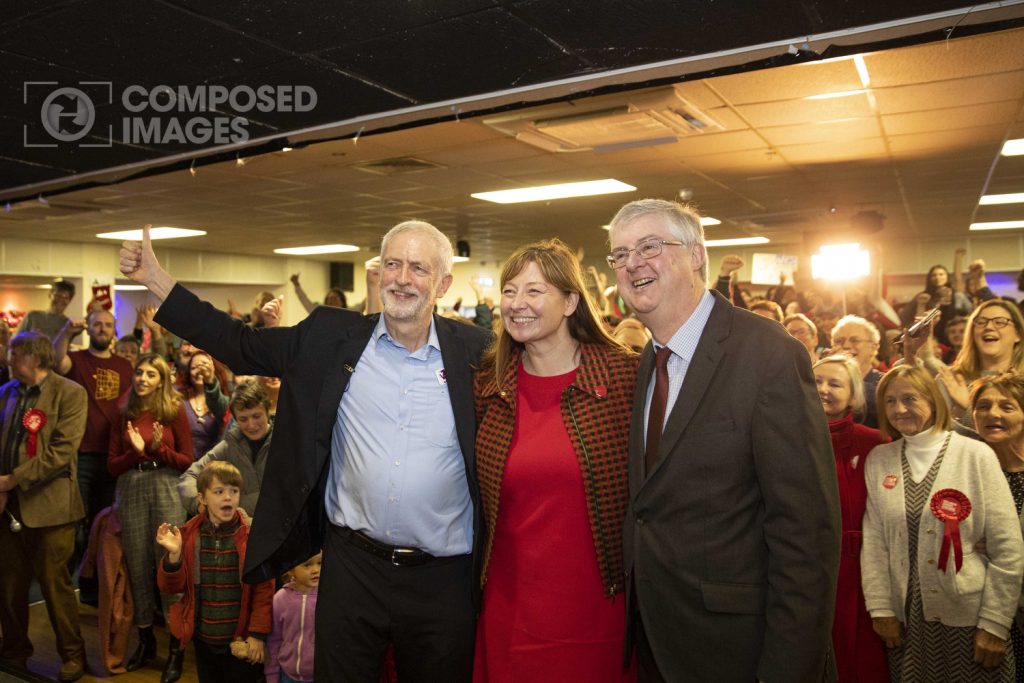 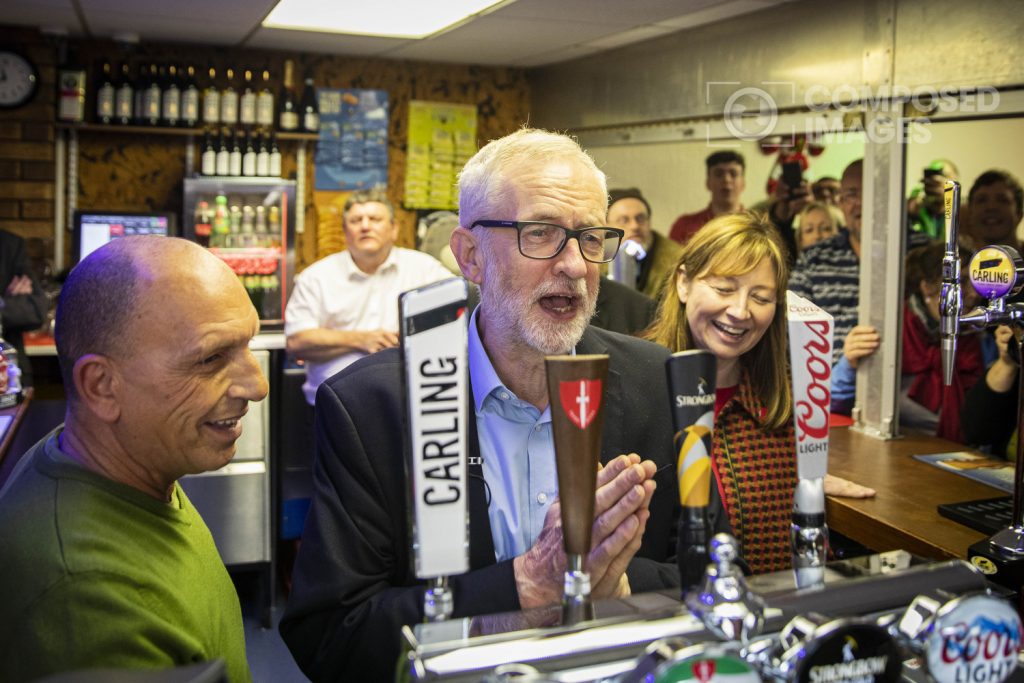 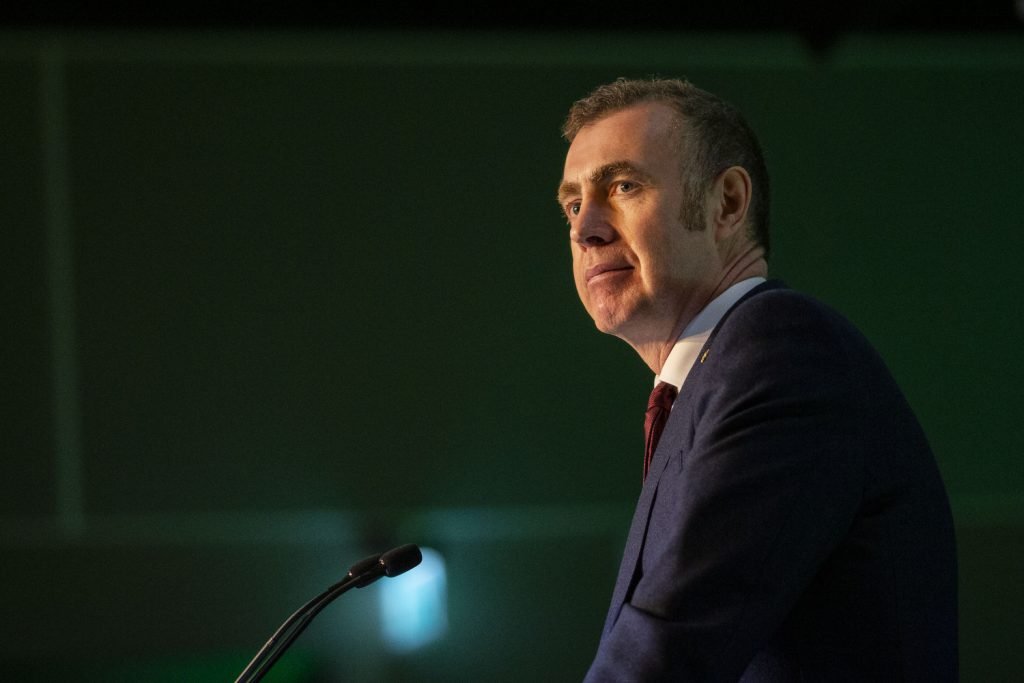 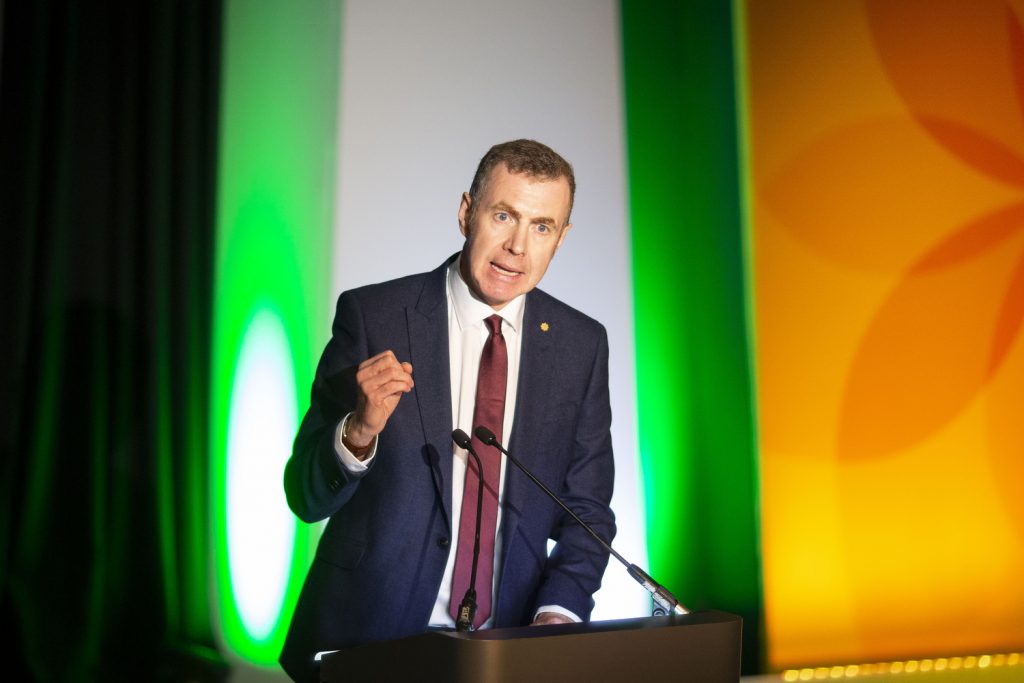 Every day of a general election campaign we hear fresh scrutiny of promises and pledges concerning major issues from Brexit to broadband. There are accusations of dirty tricks, misinformation, fake news, and counter accusations.

Although the mainstream media recently seemed to take a some election respite thanks to the controversies surrounding Prince Andrew and his BBC interview.

In terms of the 2019 general election, little is certain. The smart money appears to be on a Conservative party victory, if not a decisive full majority victory needed to give them a totally free rein with Brexit.

Time is now short, but recent months and years have shown how a lot can happen in a short space of time. There will still be twists and turns to come in the campaign before the country goes to the polling stations.

Over the course of the campaign, no Conservative party activity found its way into my lens. Although I did shoot the leadership hustings in Cardiff back in July. 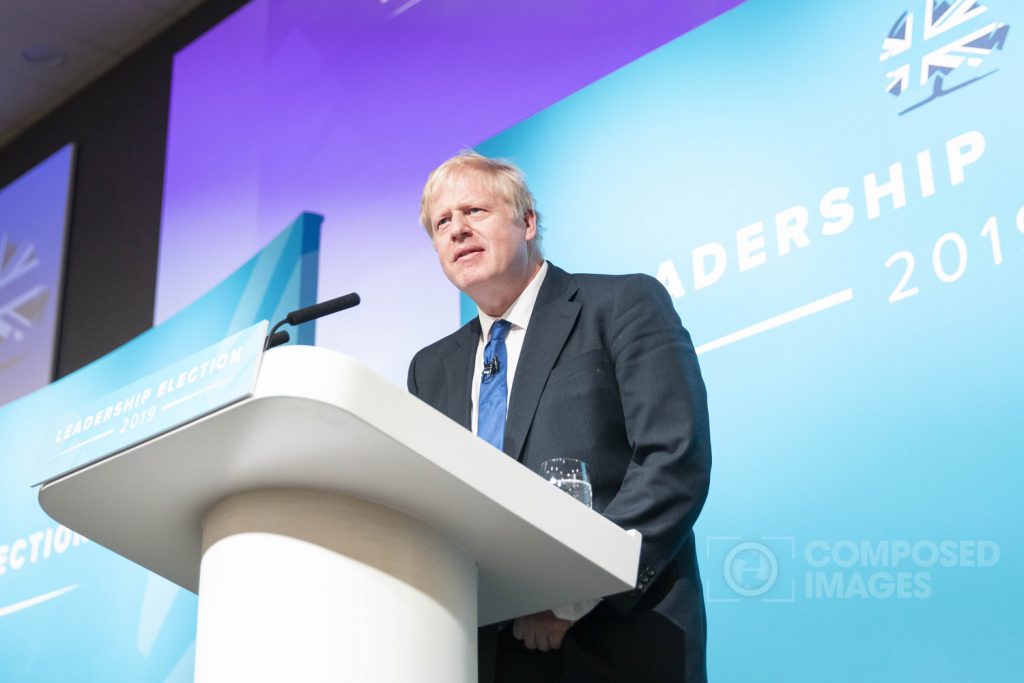 I was unaware of any visiting big hitters in south Wales until the day before the election, when Boris Johnson flew in from Yorkshire. Earlier that day he was said to be hiding in a fridge to avoid the ITV breakfast news scrutiny of Piers Morgan. But that day I was on babycare duty.

As the votes were counted after the December 12th polling day, I pin-balled between Cardiff City Stadium and Barry Leisure Centre for the Vale of Glamorgan Count. The stadium hosted counts for Cardiff West and Cardiff North, the latter being the most interesting marginal seat between the Labour and Conservative candidates. Two more for the city were being held at Cardiff City Hall. The pillared rooms of the stadium where the counting and declarations were taking place did not lend themselves to great photos.

More space and distance was achievable at Barry Leisure Centre, where former secretary of state Alun Cairns was contesting his seat most closely with Labour’s Belinda Loveluck-Edwards.

My personal pick of images from the night was this gathering of Labour supporters in Barry. Alun Cairns comfortably held his seat and the dawning realisation of a wider heavy Labour defeat appears palpable. 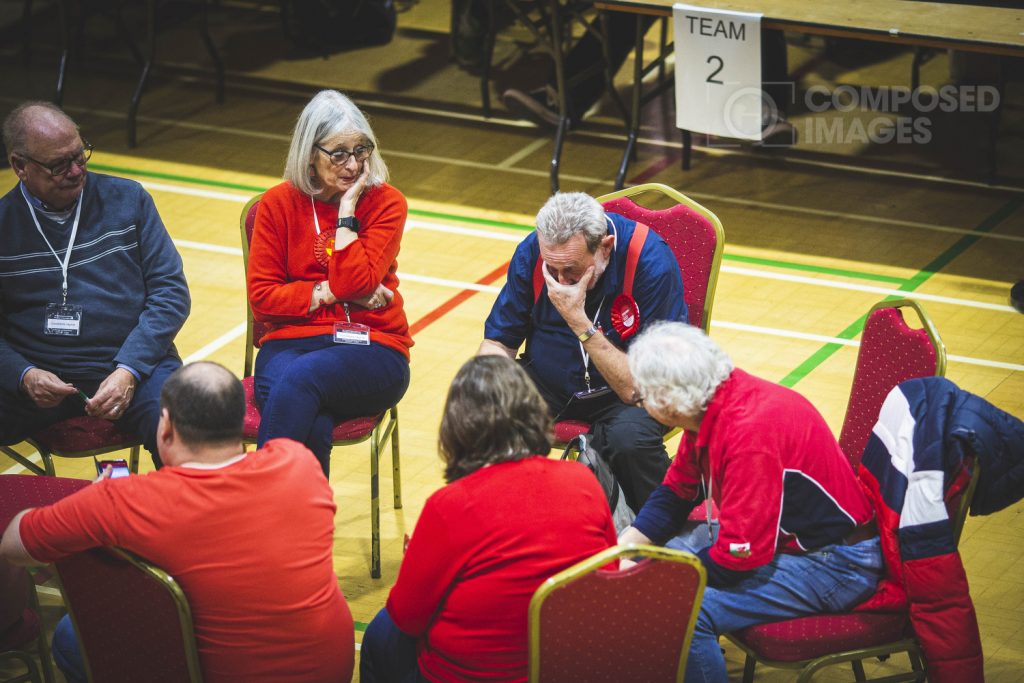 After the Vale of Glamorgan declarations and speech I headed back to the stadium, where I thought the declarations would be imminent. But there was well over an hour’s wait still remaining. Labour ultimately held all their seats across the city of Cardiff, but the bigger picture across the whole of the UK was profoundly different as the Conservative party secured a large majority.